One Mini Goes a Long Way for a Good Time 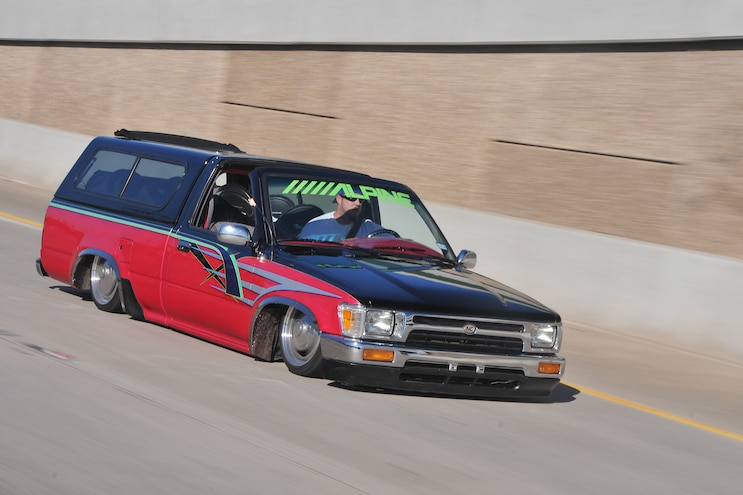 The term “old school” is most commonly used to suggest a high regard for something that has been shown to have lasting value or quality. For 39 year-old Scott Rupp from Spring, Texas, old school is exactly what he wanted to bring back. As a teenager, Rupp spent most of his time driving around town and started noticing a lot of custom trucks. Around that time, he picked up his first Mini Truckin’ magazine, and his growing passion for the culture catapulted him into learning how to build trucks himself.
Rupp’s friend Radar had a ’91 Toyota pickup that he had some plans to build, but Rupp had plans of his own. After talking Radar into selling the bone-stock mini to him, Rupp began adding his own old-school touches. He found and purchased a camper top for the Toyota and purchased retro Boyds wheels. He rounded up all the air ride parts and started ’bagging and body dropping the pickup. Rupp combined the bed to the front end, making it a walk-thru. He built a Targa top out of Mustang convertible parts and added the sliding rag to the camper. 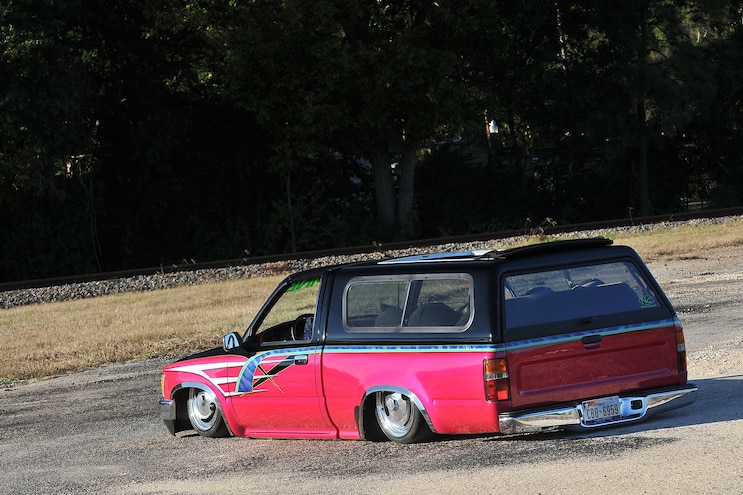 View Photo Gallery | 7 Photos
Photo 2/7   |   02 1991 Toyota Pickup
The next stop was exterior modification, with Rupp handling all the bodywork himself and adding primer to the Toyota in preparation for paint. With the help of Justin Berry, they added this eye-popping mixture of paint that boasts 10 different colors. Pat Maxwell was enlisted to pinstripe all the painting work. Rupp’s next step was the interior, where he smoothed the dashboard, built custom door panels, and built a custom console with an old skateboard in the middle that was designed by Dave Silva.
One of Rupp’s passions is music, so when it came time to fill the large space in the bed of the Toyota, it was an easy choice. Once again with the help of Berry, a complete stereo system with housings for twelve 12-inch Rockford Fosgate subwoofers was carefully and perfectly fitted in the pickup. Rupp wishes to thank Carla Rupp, Austen Rupp, Brooke Rupp, Justin Berry, Cory Scott, Dustin McElwee, and Pat Maxwell for all their help and keeping Just 4 Fun a perfect combination of relevant and old school mixed into one tiny package. 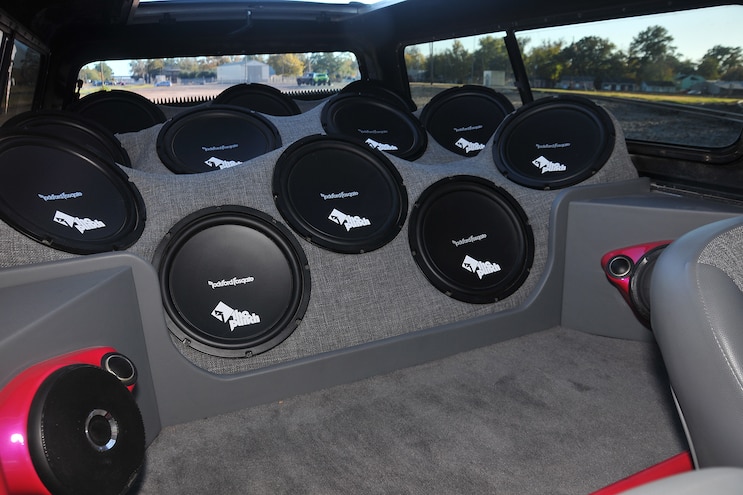