From 6.5L diesel slug to rocket ship with a supercharged LS transplant. 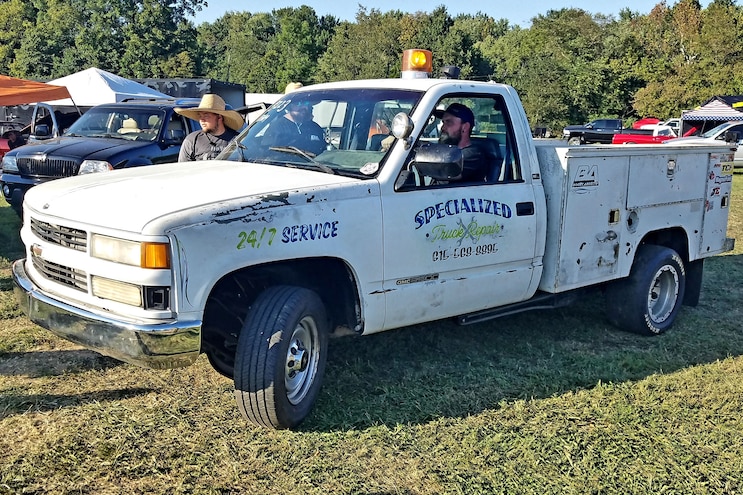 At a svelte 6,000 pounds, Tom West's 1993 GMC 2500 utility box truck is by far the lightest vehicle he works on. That doesn't really make sense until it dawns on you that West operates Specialized Truck Repair, a very real heavy-truck repair service that comes to the rescue of broken big-rigs on the heavily traveled interstate between Nashville and Memphis. (Car Craft fans may remember Project Jake, the Cal Trans 1993 GMC three-quarter ton pickup that Jeff Smith famously built, here.) 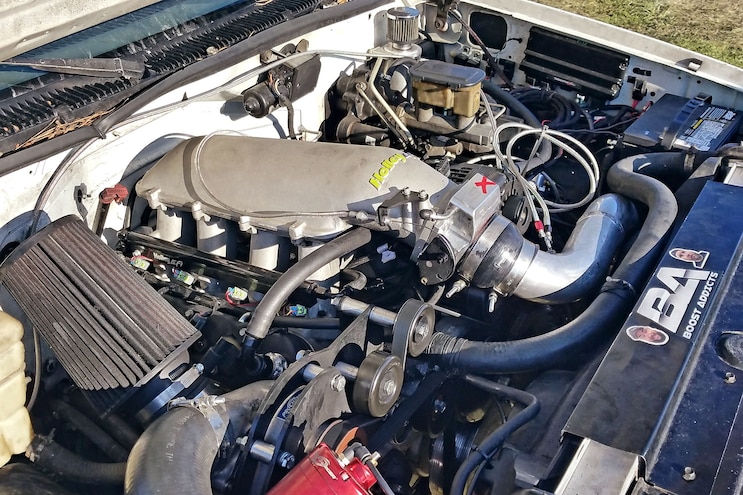 "A buddy of mine had this truck, and I was getting it from him for little or nothing," says the 35-year-old West. "You know, it had a 6.5L diesel in it, and we had this crazy idea to make it a race car." Sound insane? Hardly. When you love trucks like West, it makes sense. And when you consider how voluminous truck engine bays are, the sheer quantity of severe-duty driveline running gear available for them, and the dirt-cheap price of obtaining a used one, you might then wonder, why build anything else? 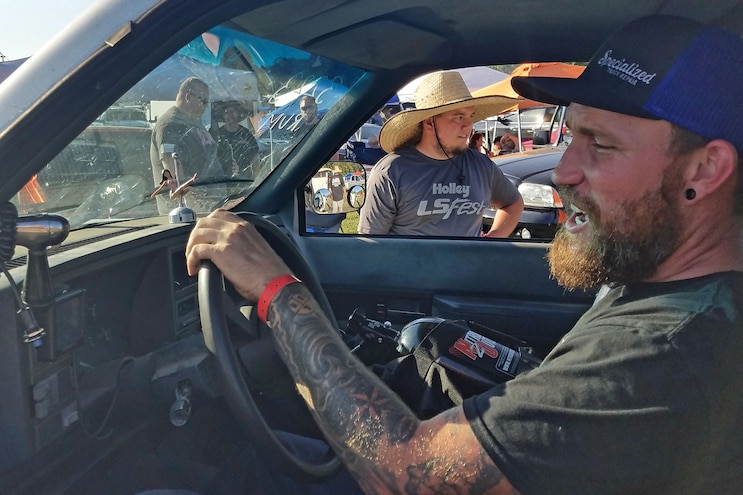 As sensible as a GMC C2500 utility-box race truck sounds now, it took some convincing to gather together the necessary partners in crime. "The whole concept of this thing—I couldn't have done it without this guy right here," West says, waving a hand at David Hines, a like-minded gearhead at Boost Addicts in Gallatin, Tennessee. "Whenever we first came up with this, I kind of had this idea in my head, and I called David before I really told anybody. I said, 'I've got this old truck, man, and I want to make a race car,' and he was like, 'Well, what kind of truck is it?' I told him, and he laughed, and I laughed." 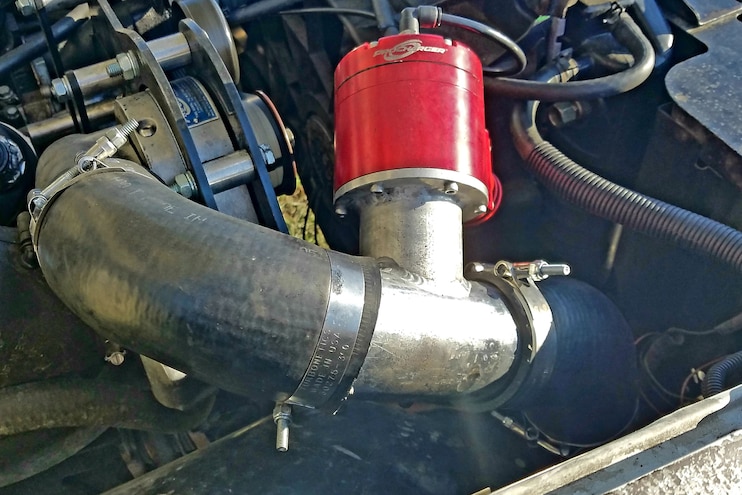 As we interviewed West in his pit area at Beech Bend Raceway last September, the truck hadn't yet made a full-out, pissed-off pass down Bowling Green's quarter mile yet, but it had gone a smattering of partially angry mid-13s. It also had garnered quite a few looky-loos from new fans who had taken the time to tromp all the way back to the truck's far-flung resting spot near the track's shutdown end. When they arrived, they were rewarded by seeing a fully built Chevrolet Performance 370 LSX long-block ("fully built, top to bottom," says West) topped with a Holley Hi-Ram manifold, and strapped with a D1 Procharger making 15 psi of boost. 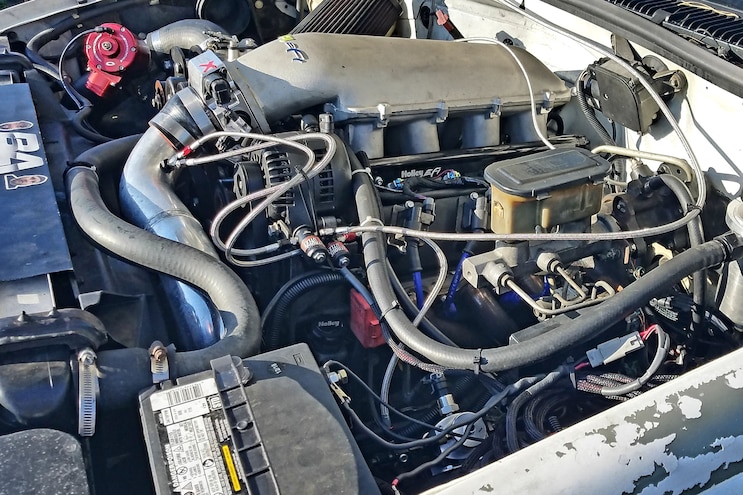 View Photo Gallery | 10 Photos
Photo 5/10   |   The 370 LSX long-block in West's '93 GMC makes in the neighborhood of 800 hp and relies on a Holley Terminator X engine management system, a Holley Hi-Ram intake, and a D1 Procharger. A Holley alternator powers the charging system.

Making the date to have the truck ready by LS Fest, however, was anything but a foregone conclusion. West not only had to convince Hines and the crew at Boost Addicts, but he needed them to step on the gas pronto. "I was like, 'I've got all these parts layin' in the garage, let's do something.' We still at that point thought it was a little ridiculous, but we kept going, and the more we kept going on it, the more involved we got, and we were like, this thing has got to be done, it's got to go, so we kept going as hard as we can. Everybody at Boost Addicts pitched in. Matt Samford just got through tuning with it, so we can get out here and make a pass in it." 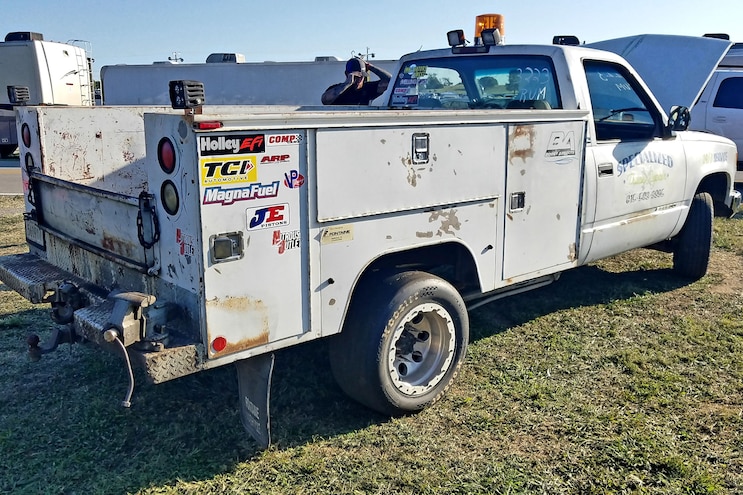 As economical as used-up-work-trucks-as-reborn-race-cars are, there is a proverbial fly in the ointment: mass. As anybody who's ever seen Farmtruck on Discovery's Street Outlaws can attest, it takes a lot of strength to keep one of these bricks hurtling toward the finish line under full steam, and that means having a strong transmission. To that end, West chose the obvious, a 4L80E four-speed automatic overdrive. 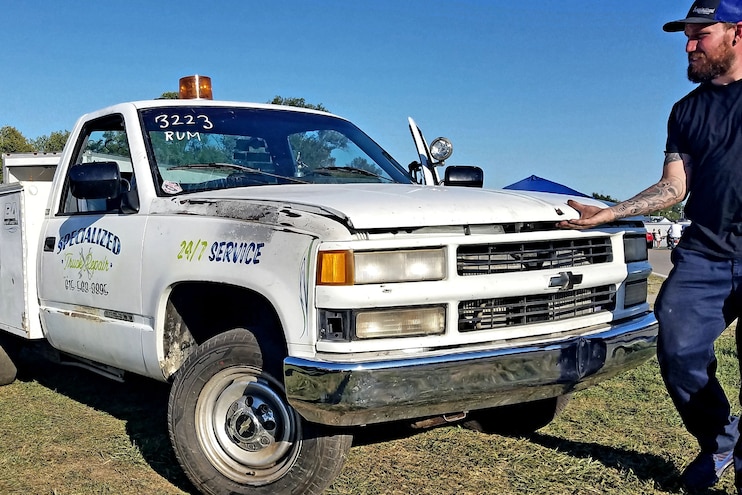 Experts will agree that as the genetic descendant of the original Hydramatic Turbo 400, the 4L80E is the right slushbox to pick for a rig like this, and under normal circumstances—think 10-second Camaro—it would be nearly perfect right out of the box. Only thing is, West's truck is more like a box that a Camaro comes in. West lamented: "We had two transmissions in it. It's actually making so much power, it blew two of 'em completely out of it. And then Thursday night, Tim Hollis [of Tennessee Transmission] pulled it out and completely rebuilt it. It was very long and very exhausting, but we got it done." 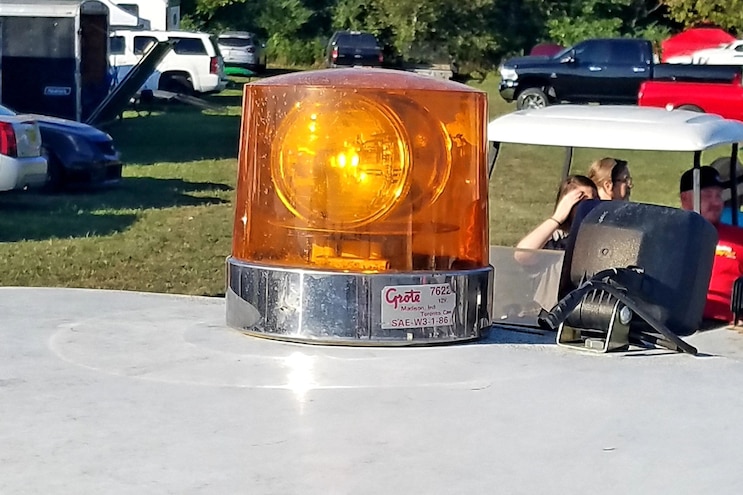 Hollis gets a lot of credit, says West, as without a bomb-proof transmission, nothing else matters in a truck like this. After all, who would they call if it broke down? As experts in the field of broken-down trucks, Specialized Truck Repair can hardly afford to light up the caution ball on the roof for their own benefit. Nevertheless, that's exactly what happened. "Friday morning, we got ready to come here, and we blew the water pump out of it, so we pulled over and started over again," says Tom. "We got all that done, and we got here yesterday about 3:00. That evening, we put nitrous on it, did some tuning going down the road, and we're getting ready to make our first pass tonight."

[Scratchy record sound] Nitrous, too?! You bet. More is better, and thanks to an ever-increasing base of fans—including vendors in LS Fest's manufacturer midway—the folks at Nitrous Express came to the rescue. "David over there at Nitrous Outlet hooked us up with a 200-shot last night so that we can go fast." 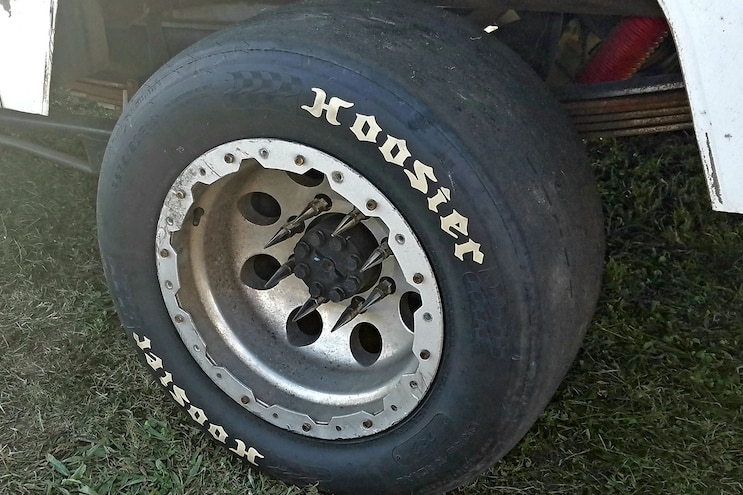 We caught up with West recently to find out the fate of the race truck after 2019 Holley LS Fest, and he says belt slippage on the supercharger had simply become too much of an issue, so the decision was made to embrace twin turbos—and a far more serious chassis effort. "We completely stripped the truck, took the 370 out of it. It's got a 403 LS built by Tommy's Auto Machine with a 6-liter block. We completely went crazy with it. It's got twin 76/78 Precisions on it now with the Nitrous Outlet plate. We're hoping to make somewhere in the ballpark of 1,500 to 1,600 horsepower." 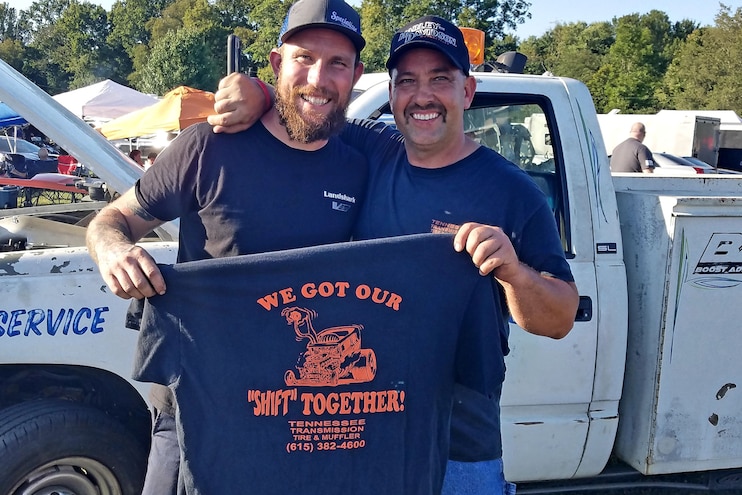 That kind of power changes everything else, so the dominoes swiftly began to fall. Says West: "We back-halfed the truck and lowered it. It's actually on a real good set of beadlocks now. We've converted it to five-lugs all around, dropped a whole bunch of weight on it, put a killer fuel system in it. Our plan this year at LS Fest is to call out the Farmtruck. We're hoping to get in the nines with it. Now the real fun's about to begin." Indeed, it does.

- OF
By Johnny Hunkins
3 Articles