10 years in the making for this killer OBS. 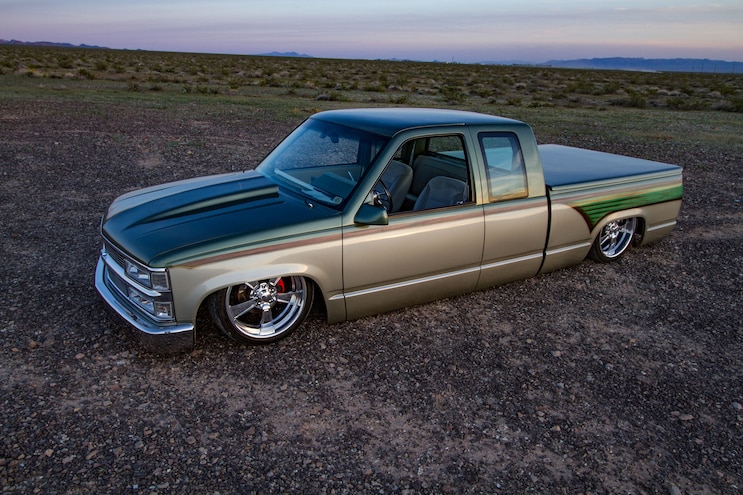 Like many automotive enthusiasts, the passion for trucks, cars, and really anything with wheels begins long before we can legally drive. In the case of Keith Hathaway, his journey to what you see here started back in high school. You see, in the early '90s Keith had a friend named Dennis Martin whose father, Jerry, drove a Chevrolet C/K with a few custom touches including Cadillac taillights and a mural painted on the tailgate. Drawing inspiration from that cool truck he loved as a teenager, Keith wanted a C/K of his own. He purchased this 1994 Chevrolet pickup back in 2002 and slowly began to change it to his liking. What happened from there is a 10-year process of customization while building friendships that will last a lifetime. Keith says it was a very slow build as he figured out what he wanted to do and did it in stages. Starting with the front, Keith installed Belltech 2-inch drop spindles along with a Ridetech CoolRide kit that includes a Firestone air bag with upper and lower control arms. Some time went by, and Keith decided to get his brother Kasey involved to help get the rear suspension done. The rear received an Ekstensive Metalworks 2-link with Dallas Hot Rod Parts Watts link kit as well as Firestone air bags for adjustability. After all of the suspension modifications were completed, Keith received help from Richie Eaton to strip the frame and coat it in semi-gloss black Summit Racing Chassis Shield paint. He cruised the truck around for a while but eventually decided to body drop it 3.5 inches with help from friend Phil Hernandez to get it really low. It now hugs the pavement while rolling on a set of 20x8.5-inch Raceline Burst 5 wheels and 245/35 Nankang tires. 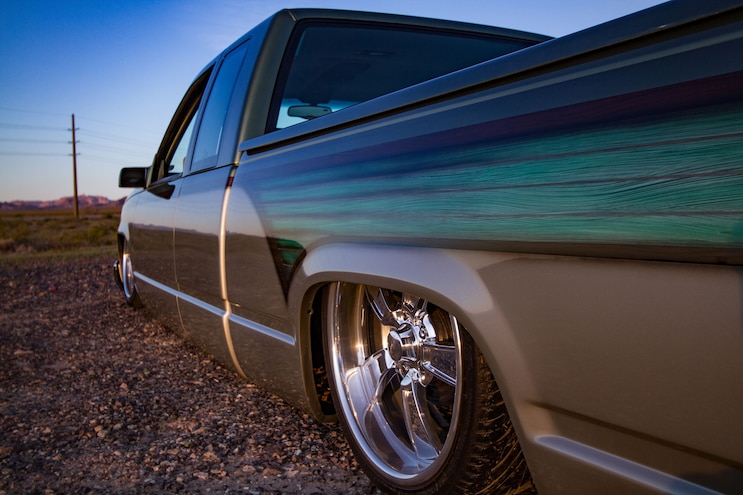 When it came to the modifications on the body of Keith's Chevy, there isn't a thing that was left untouched. Beginning with the factory items that were removed from the truck, the door handles were shaved along with the third brake light, stake pockets in the bed, gas door, tailgate handle, and taillights. The rear bumper was removed and replaced with an AirBagIt roll pan with LED taillights while the front bumper was swapped out for a Stylin' Trucks smoothie version. Many items were added before the truck was readied for paint. There's a Goodmark cowl induction hood, SnugTop tonneau cover, Street Scene smooth cowl, Trenz billet antenna, and the bed floor was sprayed with Line-X after the factory metal was reworked by Jason Govea to clear the frame notch. The truck was painted by Clint Lasker with PPG DBU basecoat Galapagos Green on top and Olive Silver on the bottom. The truck was then turned over to Mike Lewis for hand-brushed woodgrain graphics using custom mixed toners and pearls. Then, the truck was covered in PPG Concept 2010 Clearcoat. As you can see, the color combo they achieved comes out very differently in different lighting situations and angles.

Like all of the work he had already put in to this project, Keith dug into his interior with a general idea of what he wanted to do. He kept a clean, neutral color palette inside, but there are several subtle modifications many people would not notice at first glance. The dashboard was smoothed and painted to match the upper half of his truck, while the front seats from a 1999 Chevrolet Suburban were shortened 1 inch and the headrests/armrests were removed. The seats were then covered in light titanium faux leather and silver suede with the faux leather also being used for the door panels. One of the not-so-subtle modifications in Keith's cab is the custom center console he built containing three JL Audio amplifiers. Those amps power two 10-inch JL Audio subwoofers along with a set of 6.5-inch component speakers in custom pods and 5.25-inch components in the factory speaker locations. 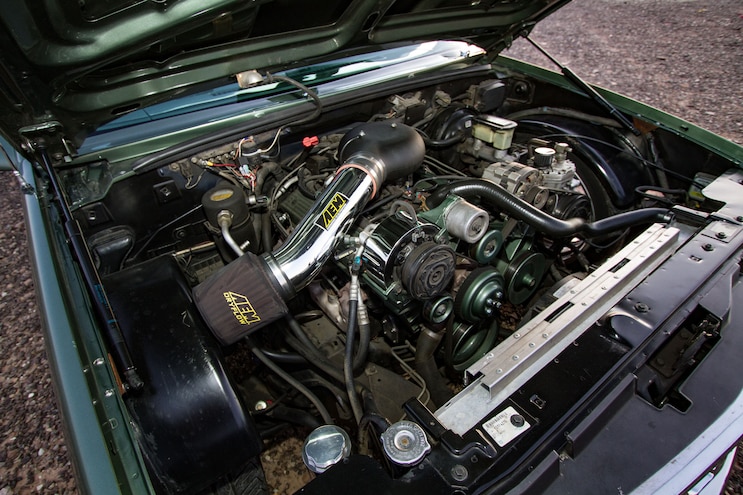 Getting the truck to shows, cruise nights, and all over Southern California is a stock Chevy 350 mounted with Energy Suspension motor mounts. Upgrades to the engine compartment have come slowly over time. Some of them were done for a specific function like the York 210 engine-driven compressor with Air Lift Performance engine mount kit, which provides the air for his suspension or the AEM Brute Force cold-air intake with pre-filter wrap to bring in more air. For a cleaner appearance, multiple parts were color-matched in PPG Galapagos Green.

Keith is a member of Relaxed Atmosphere Car & Truck Club. He has attended many shows over the years, both while he was building his truck and after it was finished. The truck has received countless awards, including several best-of honors, and continues to turn heads everywhere he takes it. So as you can see, a passion he developed in high school has become a lifetime of fun and friendships through a truck he calls "GREEN and SILVERado." 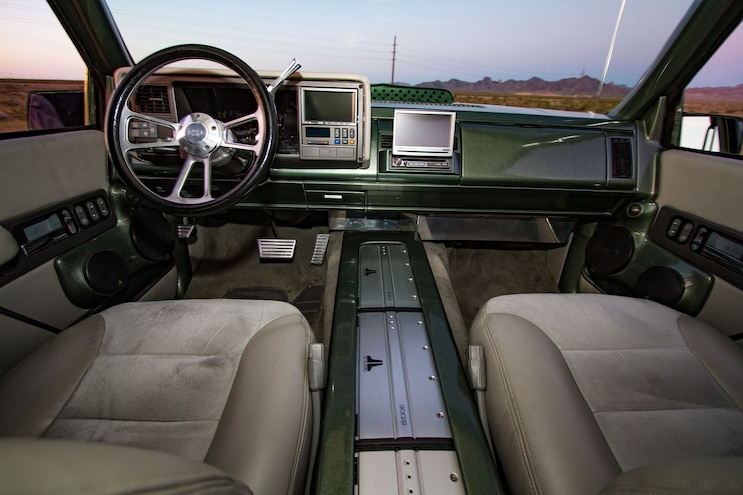