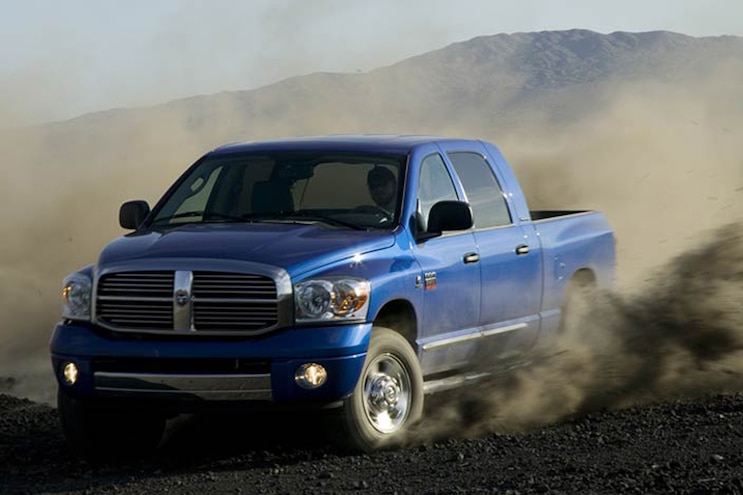 The 10 all-time-best diesel pickup trucks. Wow. Talk about opening Pandora's Box, a can of worms, and a potential firestorm of differing opinions, all in one topic. When it comes to categorizing anything as the "all-time best," some sort of disagreement happens within seconds of the declaration being made. That's just the way things work in our world, especially when all-things "diesel" is the subject.

As these things go, a unanimous sentiment about something like this (by uber-passionate Dodge Ram and Cummins engine fans) is: "Anything with a Cummins in it is better than any other truck on the road." While we appreciate the enthusiastic judgment at face value, and there are Cummins-powered rigs that we acknowledge in this rundown of the best diesel pickup trucks of all time, we need to stress that the best-truck-buck doesn't stop at only Dodge Ram (and after 2010, Ram) vehicles.

Related: The Best Heavy Duty Trucks You Can Buy in 2021

In the thirty years that Big-3 truck manufacturers have produced light- and heavy-duty pickups with diesels on board, there are several that can be categorized as "best (based on many criteria)." However, drivetrain performance—including fuel economy--and towing/payload weight limits are universally recognized as the most meritorious attributes.

The trucks we've selected range from first-generation Dodge Rams of the late 1980s, to present-day 2020 Ford, GM and Ram rigs that tow upwards of 35,000 pounds, while getting almost 30 mpg in fuel economy.

So, if you're in the market for a brand-new, or new-to-you, (older) diesel truck, consider the ten rigs that are cited in this rundown. In the big picture, it all comes down to money—how much you want to spend. The way we see it, they're all solid choices that can handle the tasks you put them up to. 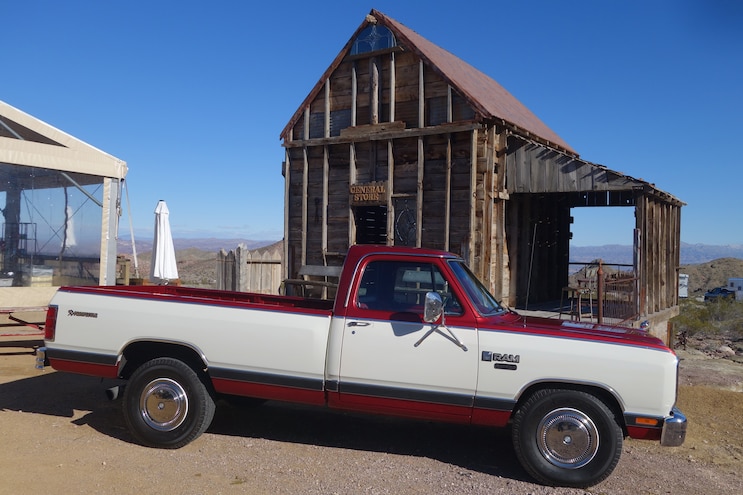 The "first-gen" Dodge Ram pickup is timeless. Powered by the legendary 160hp/400 lb-ft 5.9L "12-Valve" Cummins I-6 engine, these rigs are still fairly abundant, and four-wheel-drive models can be found putting in work on a daily basis, on farms, in oil patches, etc. The rig in this photo is the first prototype, developed on a 1985 3500 model. 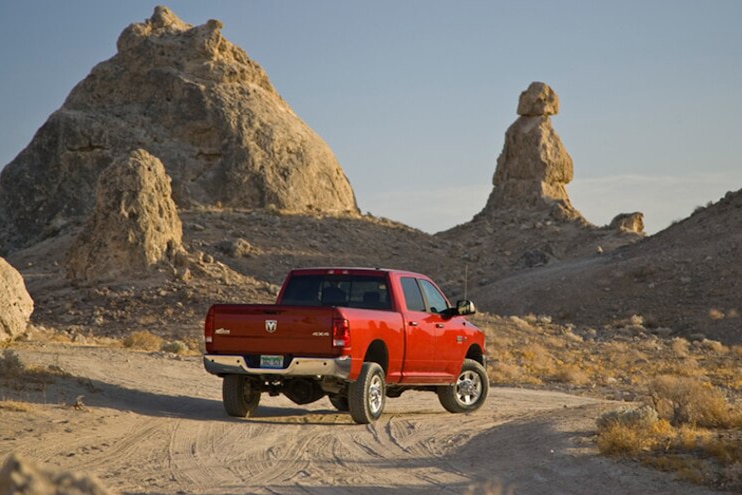 A 6.7L Cummins I-6 diesel engine entered the scene in 2010, and by 2013 made 370 hp and 800 lb-ft of torque (and responds very well to performance upgrades). The engine gave this single-rear-wheel Ram 17,500-pound towing prowess (5,000-pound cargo hauling), which was awesome considering its simplicity. Do-it-all capability in a fairly simple package. 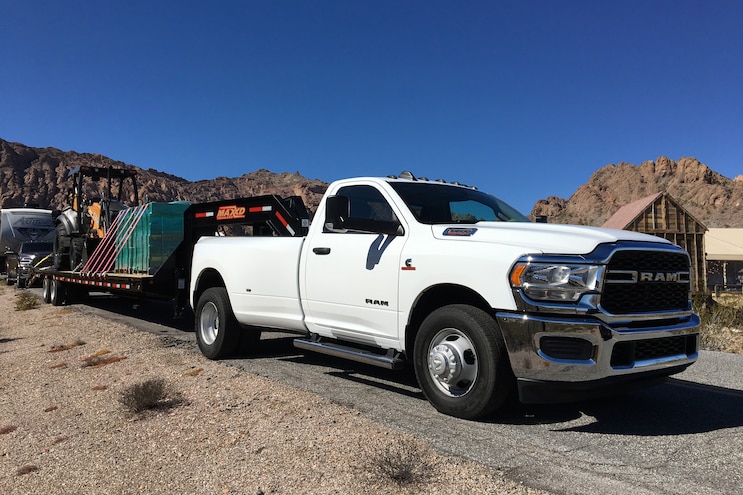 Ram's 2020 Heavy Duty ranks as an all-time-best diesel pickup truck, mainly because its 400hp High Output 6.7L I-6 Cummins is the first diesel powerplant (for general-use rigs) to reach the four-digit torque mark (1,000 lb-ft). The engine and Aisin six-speed automatic transmission are installed in a chassis that received a myriad of refinements a year prior, making trucks decked out with this drivetrain some of the stoutest workhorses on the road (35,100-pound towing capability, 7,680-pound payload). 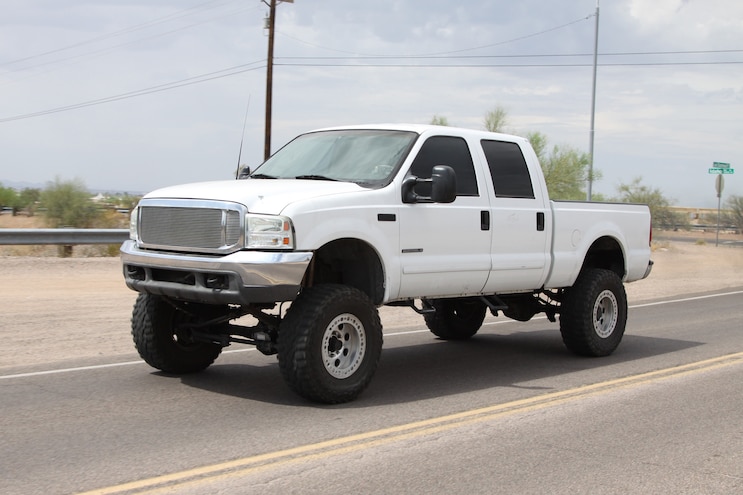 While fans of Ford's 1994-1997 "old-bodystyle" pickups may be disappointed by this selection, we think the final generation of 7.3L Power Stroke V-8-powered F-250s and F-350s ultimately get the nod for inclusion in this group. While it's not the strongest powerplant (235 hp/500 lb-ft of torque), the iconic "seven-three" is built for the long haul, literally, with internal hard parts and oil-based fueling that give it a lifespan of well beyond 500,000 miles (when properly maintained). The 7.3L Super Duty defines the slogan "Built Ford Tough," and still holds its own on construction sites, at campgrounds and even for daily commuting, as front-suspension improvements make it much more comfortable and easier to maneuver than its OBS predecessor. In this climate of new, whiz-bang oil burners, trucks of this vintage are steady performers that will be around for many more years. 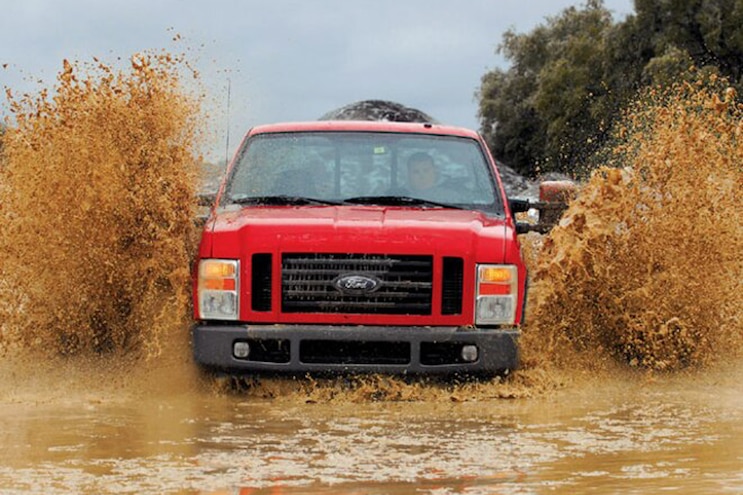 Although we believe there is plenty of "good" in the problematic 6.0L Power Stroke V-8-powered 2003-2007 Super Duty, those pickups are bypassed for this collection of all-time bests. The '08-'10 F-250 and F-350s are in, based on the compound-turbocharged, 350 hp/650 lb-ft 6.4L Power Stroke that motivates them. This lineup introduced a change in the trucks' physical stature (bigger everything), which made hot-shot towing and hauling heavy payloads areas where the trucks really shine And, as evidenced by Tim Jahn's (Class of 2017), Garrett Osen's (Class of 2018) and Darin Dutton's (Class of 2019) performances in Diesel Power Challenge, the engine in 2008-2010 Super Duty is one of the best powerplants for modifying in the history of Ford diesels. 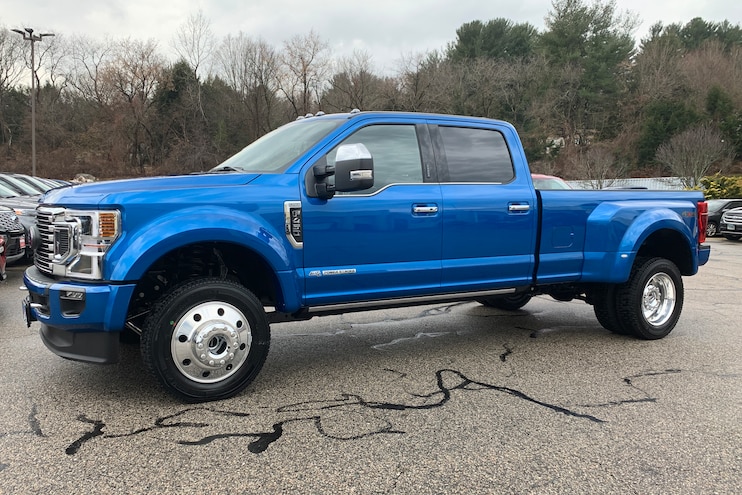 When it comes to late-model diesel power, the third-generation 6.7L Power Stroke V-8 in Ford's 2020 Super Duty is the current "almighty" engine among the latest Big-3 heavy-duty pickups. Its 450 hp and 1,050 lb-ft of torque, combined with a ten-speed automatic transmission, bring 37,000 pounds of towing threshold to properly apportioned F-350s. 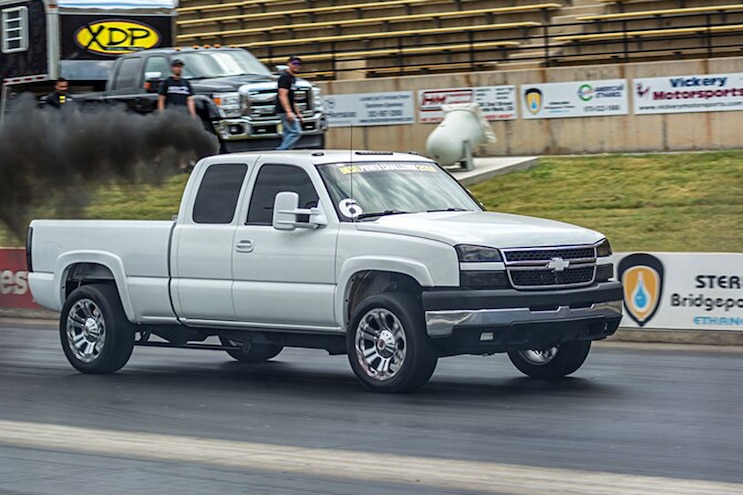 The 2006-2007 Chevrolet and GMC 2500 and 3500 pickups are included in our rundown for their utilitarian prowess (they're solid workhorse rigs), and also because of the serious "hot rod" potential in their 6.6L Duramax LBZ V-8 engine. The 350 hp/650 lb-ft of torque powerplant is the last of GM's "pre-emissions"/non-(federally) required DPF engines, which make it easy to modify for greater performance. 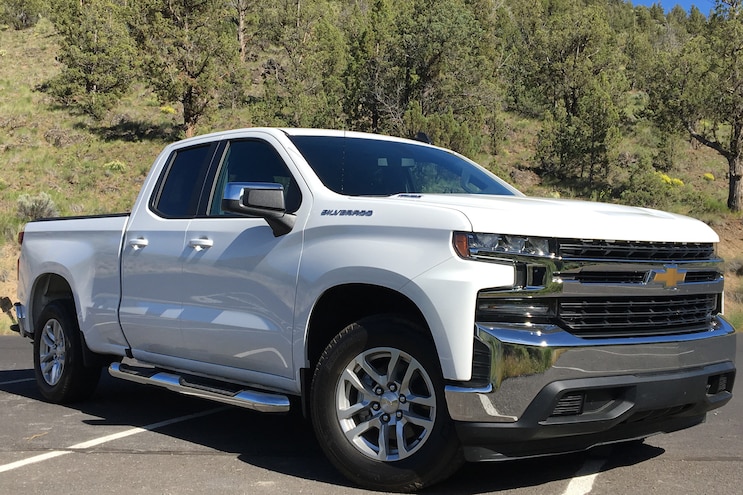 Surprise! While you probably understand why we have several brand-new, heavy-duty diesel pickups in this collection, you might be wondering why GM's 6-lug, 1/2-ton models are considered among the all-time "best." The answer is simple. The new Silverado/Sierra 1500 diesels are equipped with the most dynamic 3.0L (Duramax), ten-speed automatic (Allison) engine/transmission combination in the segment. And, in addition to being solid in all of the general capability categories (of course, the GMC brings "upscale" treatments to the table), these rigs have the get-up-and-GO (277 hp/460 lb-ft) that makes them ridiculously fun to just drive. 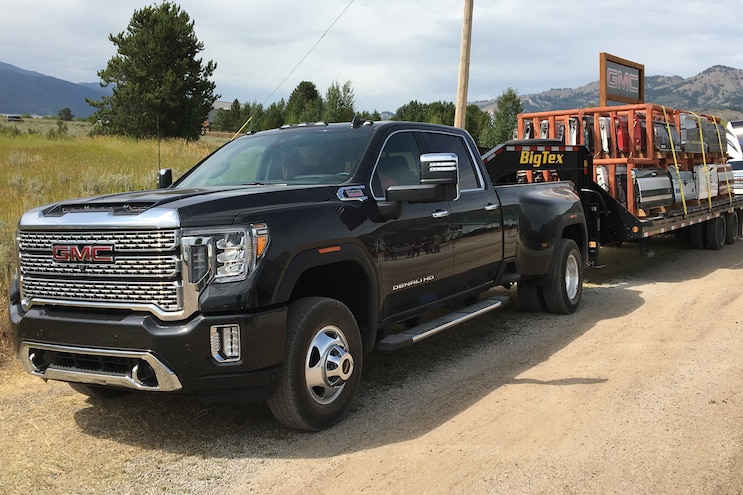 Like their -ton siblings, heavy-duty Chevy and GMC diesel pickups also rank among the all-time best, mostly thanks to a powertrain update that includes putting Allison's new 10L1000 ten-speed automatic transmission behind the 445 hp/910 lb-ft 6.6L Duramax L5P engine. The combination brings ability to tow heavy loads of up to 35,500 pounds (regular-cab dualie) with no problem.