A Shared Passion Brought to Culmination 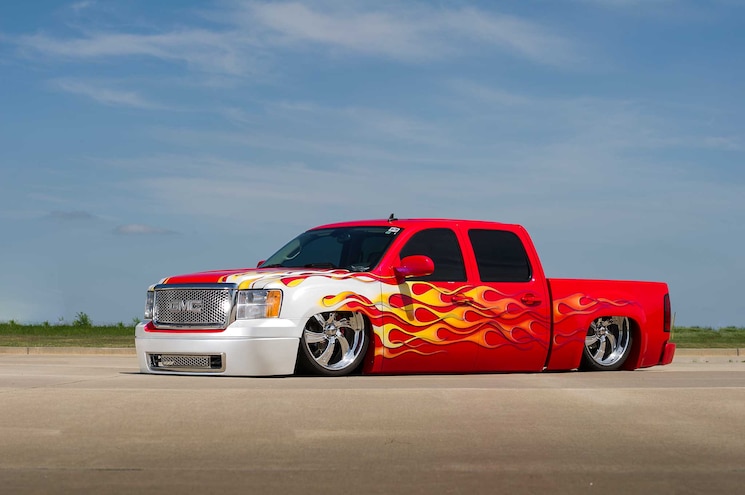 The automotive industry is built on that passion that we all share for a love of anything with wheels. Each group may have its own unique styles and preferences, but that passion is evident across all custom automotive genres around the globe. Whether it's shared between friends, colleagues or family members, this is what makes shows so successful, businesses profitable, and these one-of-a-kind builds possible. For Mike Hyde, the owner of this gorgeous '08 GMC Sierra Denali, his passion for custom trucks was shared by many, but most significantly by his late brother who was his inspiration and partner in crime for years.

View Photo Gallery | 12 Photos
Photo 2/12   |   2008 Gmc Sierra Denali Truck Bed
The Hyde brothers have built a number of magazine-worthy custom trucks throughout the years, including a '92 Mazda B2200, '93 Chevy Dualie, '99 Ford Dualie, and a '00 Tacoma, to name a few. But the GMC you see here was a bit different. That's because the build, which began as a project that was charted out by Mike and his brother Kevin, but was completed in honor of Kevin after he died. As Mike shared with us, "It was the last truck my brother and myself had before he passed away, so I wanted to finish it off the way we had talked about before he passed."

View Photo Gallery | 12 Photos
Photo 3/12   |   2008 Gmc Sierra Denali Grant Kustoms Front Bumper
With that goal in mind, Mike was set on a path of completion to honor his brother Kevin with this memorial build, and to accomplish this task he turned to some of his hometown friends as well as a number of industry professionals to put the GMC back on the right track. The build took about a year to complete, with the stance being one of the most important aspects that both Mike and Kevin agreed on. Completely laid out, the truck benefits from not only a stock-floor body drop, but also a fully 'bagged suspension system tied to a custom firewall-back frame, all built by Jake McKiddie of Phat Phabz to tuck the giant 26 Intro Billets deep into the fenderwells. Backing up the Air Lift Dominator 'bags are dual Viair 440 compressors that are all controlled by AccuAir e-Level management.

View Photo Gallery | 12 Photos
Photo 4/12   |   2008 Gmc Sierra Denali Roadwire Black Leather Seat Covers
Giving the truck classic hot rod flair is the bodywork that a number of individuals contributed to, including the one-off Grant Kustoms front bumper and custom sheetmetal bed built by Bob Schrieber, as well as the shaved fuel filler door, with the stake pockets and tailgate done by Jeff Phifer. Rounding out the truck's custom look is a vibrant Constantine Red paint scheme overlaid with custom Ghost White, Lemon Yellow, Chrome Yellow, Tangelo Pearl and Arencio Pearl flames laid by JC Poulsen, which was the look Kevin had envisioned for this build back when him and Mike were daydreaming about the perfect family hauler. 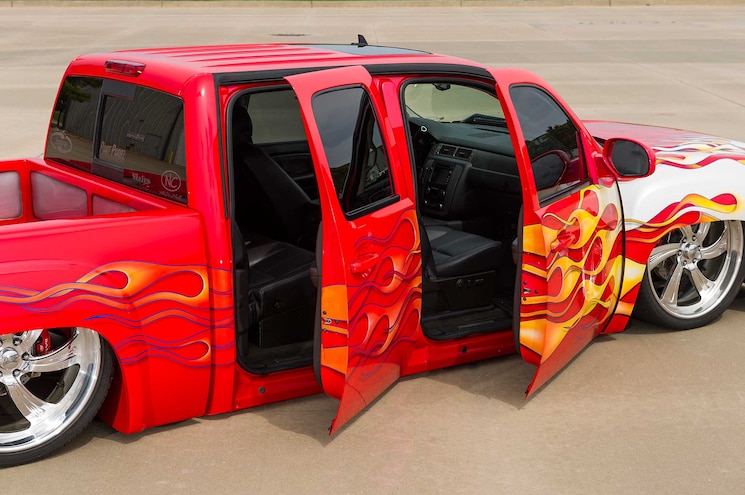 View Photo Gallery | 12 Photos
Photo 5/12   |   2008 Gmc Sierra Denali Custom Flames 007
A clean interior with the addition of Roadwire black leather seat covers and a full Kicker Audio system only adds to the sleekness and utility of the finished truck. Running on its factory 6.2L V-8 engine with the help of two Kinetik batteries relocated to the rear frame and a 21-gallon fuel cell, Mike Hyde's '08 Sierra is one for the books, not only because of the quality of the build, but also the shared passion and love for trucks that both Mike and his brother Kevin both had and the love that went into completing this one-of-a-kind memorial build.
*Editor's note: We were fortunate enough to meet brothers Mike and Kevin Hyde years ago and shoot their first full custom build. It's always hard to lose good people, but Mike continues to honor his brother Kevin in all that he does and Kevin's awesome humor, spirit, and kindness live on in this truck build and in the memories that we've all shared through the years!
Inside the Build
Year Make Model: 2008 GMC Sierra Denali
Owner and City/State: Mike Hyde; Southaven, MS
Club Affiliation: Negative Camber
Chassis
Front suspension: Ekstensive front spindle kit and Air Lift Dominator airbags, custom firewall-back 3/4 frame.
Rear suspension: F900 sleeve bags, wishbone 3-link, two Viair 440 compressors with Little Shop MFG engine-driven compressor kit, AccuAir e-Level, 14-inch Baer brakes 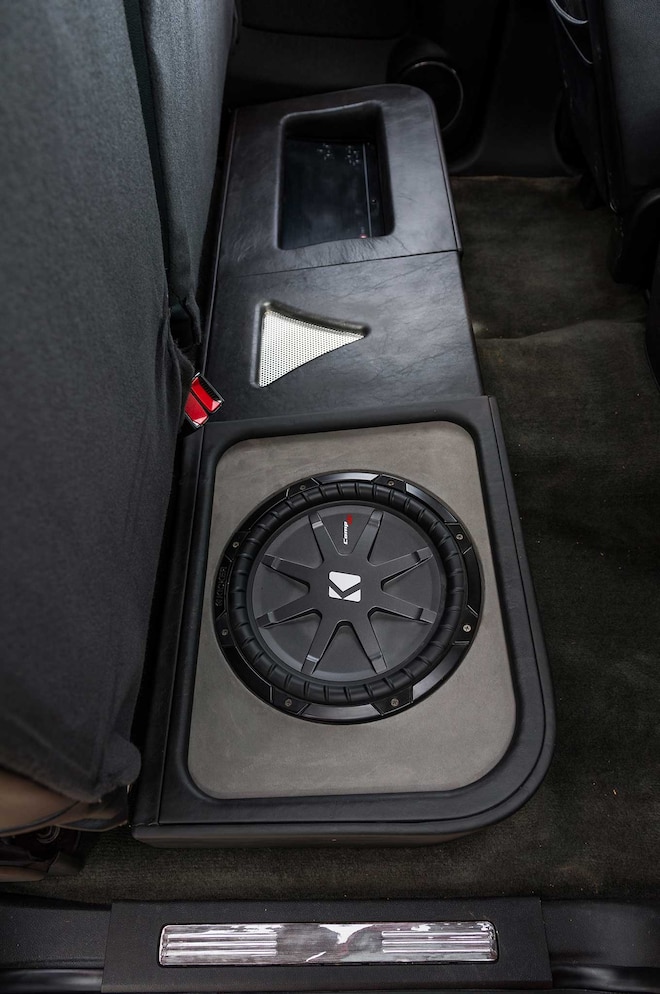