On- and off-road with your favorite midsize pickup, made even cooler. 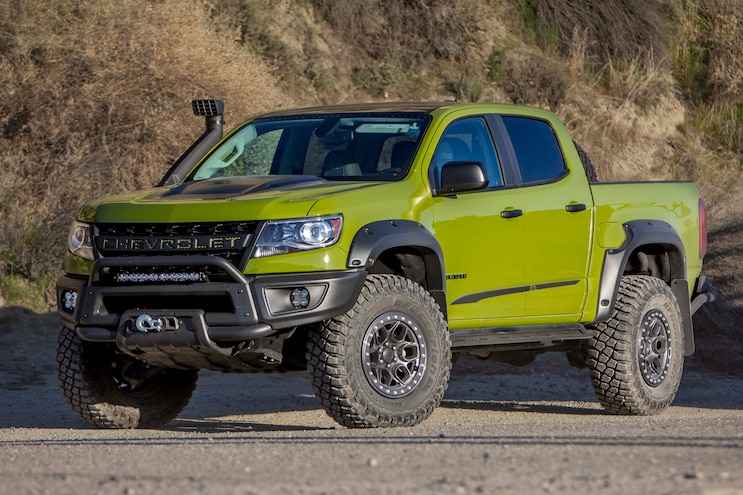 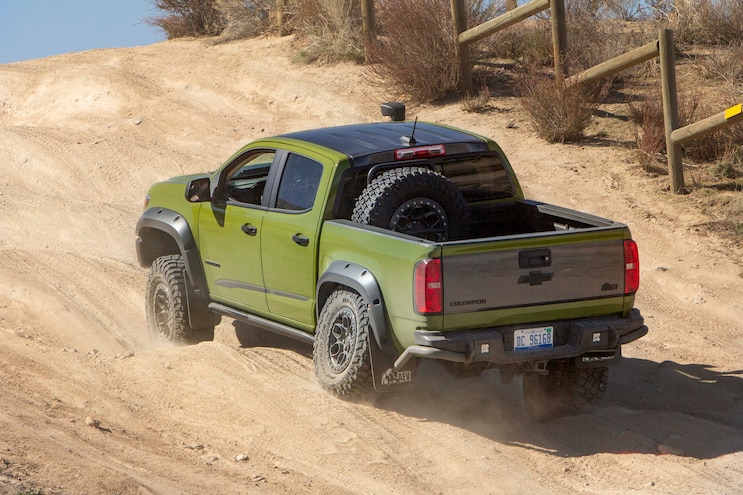 View Photo Gallery | 13 Photos
Photo 2/13   |   02 2020 Aev Chevy Chevrolet Bison Zr2 Offroad 4x4 Truck Action2
AEV took the Colorado ZR2 Bison and left alone the items that were proven to work well—its 2.8L Duramax diesel and six-speed automatic transmission, Multimatic DSSV spool-valve shocks, Boron steel skidplating, heavy-duty recovery points, and rock sliders.
What the company added to the package only bolsters the truck's trail capabilities. The key to the new Bison are its 35-inch tires. AEV's HighMark fender flares and GM's leveling kit not only allow the BFGoodrich KM3 mud-terrains and Crestone DualSport wheels to fit within the sheetmetal, they make ample space for full articulation. Up front, the truck can be fitted with AEV's Low Tube Center Section bumper, while the rear receives overhang protection from the Bison Rear Bumper. New 4.10:1 gears behind the AEV differential cover help get the tires up to speed, while a speedometer recalibration provides an accurate reading to the driver. 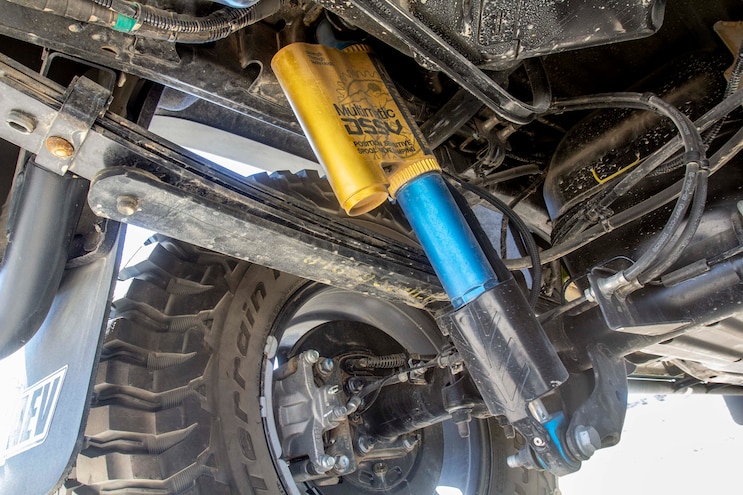 We started our time with the new Bison on the highway, where we paid close attention to road noise and how quickly the truck got up to speed. The diesel has the grunt to get the Bison moving and will get you past a slowpoke on an uphill climb—but don't expect to win any races. The Bison's new tires produce a slightly higher whine than the Goodyear DuraTrac rubber we're used to having beneath the ZR2; if that's an issue, the all-terrain tire option will certainly stifle any concerns.
Steering onto the gravel track, the truck's Multimatic DSSV spool-valve shocks reassured us through their pillow-soft yet composed response to surface irregularities that they were in no way affected by the addition of larger 35-inch tires. The Bison's leveling kit and its high-angle upper control arms give the truck another 1.25 inches of spare clearance between the tires and body—while also increasing the approach angle. Sealed ball joints also hold up longer to off-road conditions. After increasing our speed and pushing the ZR2 Bison into some larger bumps, our spines were left unshaken as the bottom-out-preventing characteristics of the spool-valve dampers took effect. We heard words from a driver to the tune of "That would've hurt in my Jeep!"
After shifting into 4-Lo, we aimed the ZR2 Bison at a deeply eroded hillclimb, fully expecting to put the skidplates to work due to the depth of the pockmarks ahead. Continuing to impress us, the ZR2 Bison chugged up the climb, stuffing tires down into the holes and up again into its wheelwells all while our selectable locking differentials remained untouched. This addition of ground clearance puts the ZR2 Bison in closer competition to its solid-axle off-road brethren in the obstacle-attacking field.
Our next plan for the rig include loading it down with an extended weekend's worth of gear and taking off into the backcountry in search of snow, mud, rocks, and more out-of-the-way destinations.
More AEV Action HERE
AEV's New Lineup
Bison in a Blizzard
AEV JL Suspension 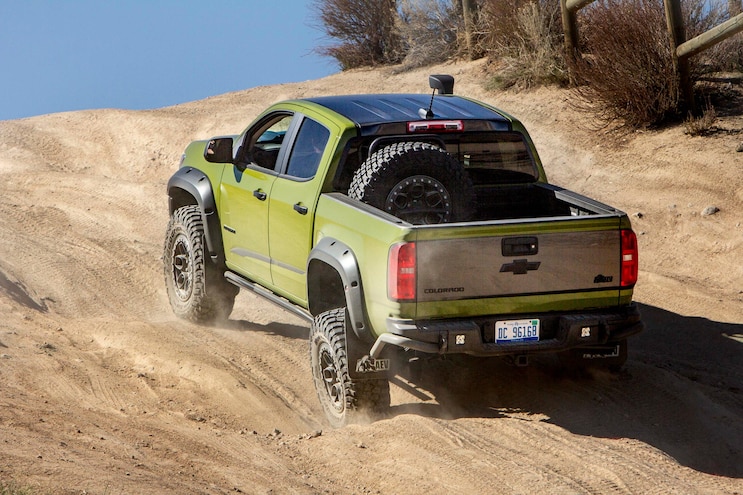 Instead of living beneath the bed, the 35-inch fullsize spare tire lives in the bed of the ZR2 Bison. The truck's rear bumper includes tubes to protect the overhanging sheetmetal from contacting obstacles, especially when descending from rocks or ledges. We're not sure whether the tailpipe would survive such an encounter without reshaping, though. For recovery of other less fortunate vehicles, the rear bumper is loaded with a pair of eyelets for attaching shackles. Around the front, the familiar Bow Tie has been replaced with "Chevrolet" spelled across the grille, which is protected by the Bison's front bumper. Behind the bumper lives a Warn 9,500-pound winch, and the front end can be outfitted with an array of Baja Designs LED off-road lights. AEV's snorkel also stands tall and ready to keep the airbox free of offending dust clouds and water. 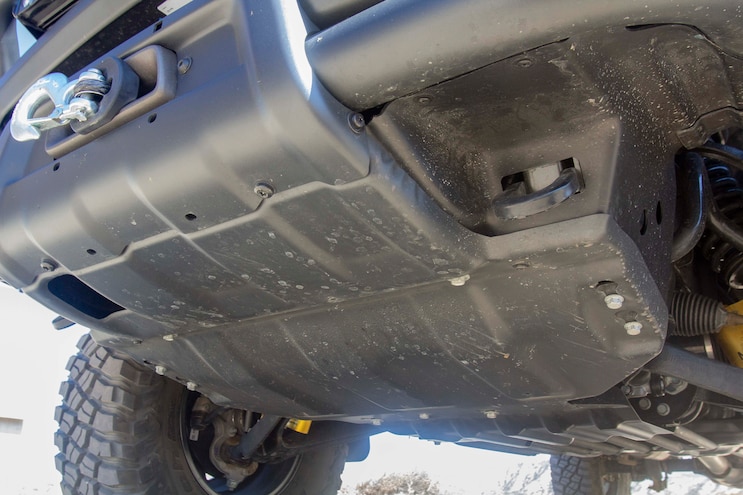 - OF
By Jered Korfhage
36 Articles