7 Cool Jeeps to Spend Your Tax Refund On

Blow Your Tax-Season Budget on an Off-Road Toy 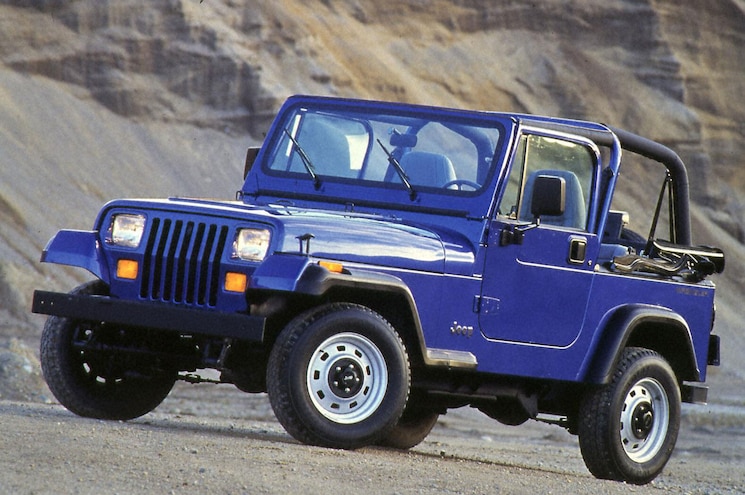 Tax season is upon us, and if you're lucky, you're getting a refund from the IRS for overpaying your taxes. According to Bankrate, the average refund for the 2018 tax year was about $2,869, which just might be enough to float a down payment on that dream Jeep (or even fund the entire purchase, if you're a savvy shopper). In our opinion, here are some of the 7 best Jeeps on which to spend that cash.

The 1984-2001 Jeep Cherokee XJ is all but assured its place in the hall of automotive fame for being tough, reliable, capable, and useful. Automotive design expert Robert Cumberford called the XJ "possibly the best SUV shape of all time," but there's a lot more to the XJ than purposeful, attractive styling. Its unibody construction and solid front and rear axles blend the best of the SUV and car worlds, affording it robust and easy-to-modify suspension performance and a surprisingly stiff body structure. 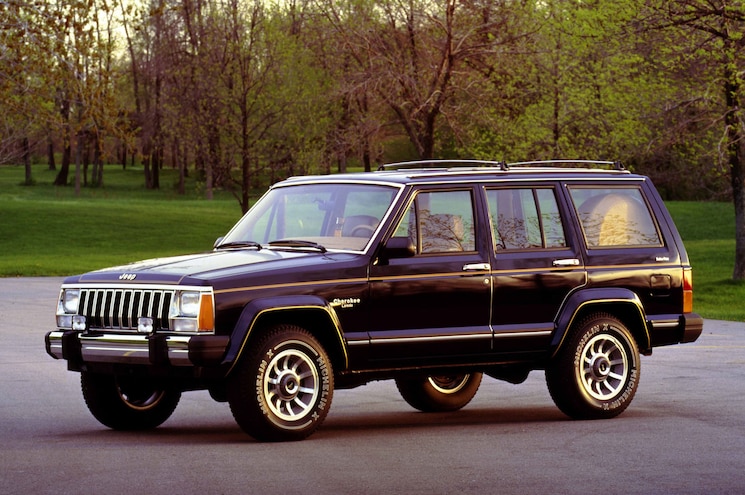 New for the 1984 model year, early Jeep Cherokee XJs were powered by either a 2.5-liter I-4 or a 2.8-liter V-6. There's also a rare 2.1-liter turbodiesel I-4. The engine to get, however, is a nearly bulletproof 4.0-liter I-6 found in 1987 and later Cherokees. Match it to a five-speed manual for maximum fun—though the four-speed automatic isn't a terrible choice, either. 1997 and later models feature slightly updated styling, but all Cherokee XJs look pretty much the same—handsome, simple, and nimble.

The 1981-1986 Jeep Scrambler CJ-8 is based on the legendary Jeep CJ-7 off-roader, but its 10-inch-longer wheelbase and non-removable bulkhead behind the front seats turned the military-inspired CJ into a compact pickup truck. The base engine is a 2.5-liter I-4, while the more common 4.2-liter I-6 served as an optional upgrade. The 1981 Scrambler CJ-8 also offered a rare 5.0-liter V-8, the AMC 304. While breakover and departure angles suffer somewhat compared to the CJ-7, the CJ-8 Scrambler is still a very capable off-roader, and like any good Jeep, it's simple and easy to work on.

With prices for the CJ-8 hovering between 20 and 30 grand , it'd take a pretty hefty IRS refund to justify the purchase, but then again, Scrambler values are actually going up, so maybe you and your tax accountant could call it an investment.

Another Jeep that's rapidly appreciating in value is the SJ platform, which includes the 1974-1983 Jeep Cherokee, 1963-1983 Jeep Wagoneer, and 1984-1991 Jeep Grand Wagoneer. The Cherokee is one of our favorite variants—staffer Christian Hazel owns a 1978 Cherokee Chief—but they're all plenty of fun. Offered with a variety of AMC I-6 and V-8 engines, as well as a Buick V-8 for a few years, the Jeep SJ lineup can be had with rear-wheel drive, full-time four-wheel drive (with or without a low range), or part-time four-wheel drive with a two-speed transfer case. 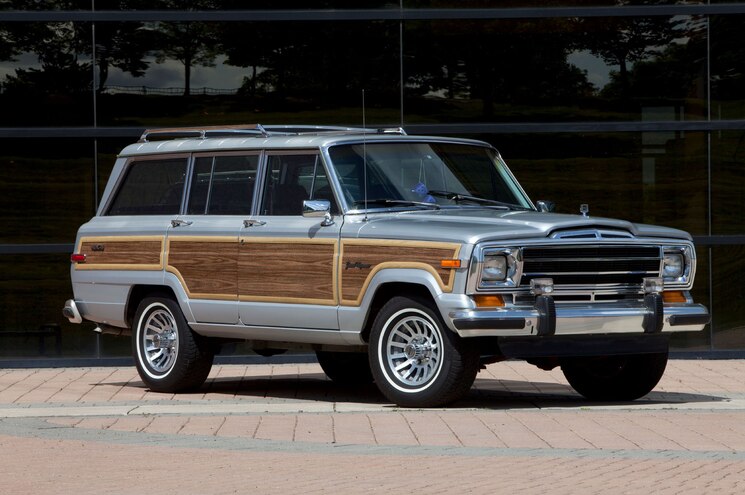 A decent Jeep SJ can be had for less than $20,000, although fully restored examples can demand 50 large or more.

Sold more than 30 years before the 2020 Jeep Gladiator, the Comanche MJ was a simple and rugged pickup based on the Jeep Cherokee XJ. Introduced for 1986, the Comanche was offered in two bed lengths and a single-cab body. Unusually, the Jeep Comanche had unibody construction for the cab and front clip, mated to a body-on-frame setup under the cargo bed. Like the Cherokee, it was initially available with a 2.5-liter I-4 or a 2.8-liter V-6, though an AMC 4.0-liter I-6 replaced the V-6 for 1987, and a 2.1-liter turbodiesel I-4 was also available. 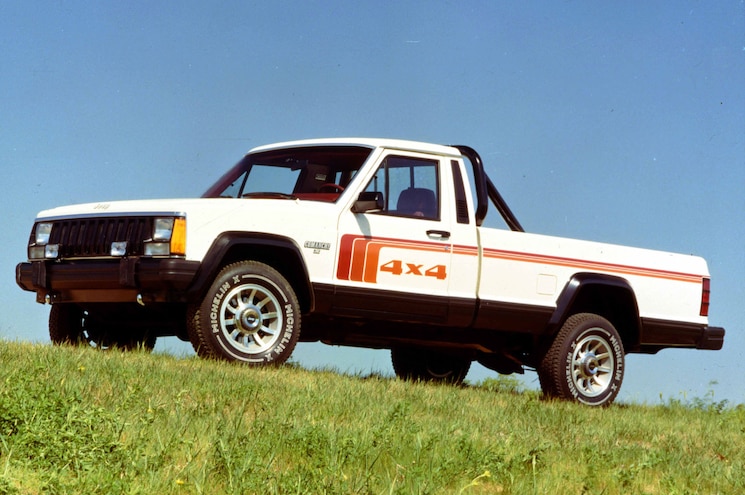 Get a shortbed with the I-6, four-wheel-drive, and a five-speed manual if you want maximum capability and reliability. These fun little pickups, in immaculate condition, barely break five figures, so finding one that slots in under your tax refund cap is a real possibility. 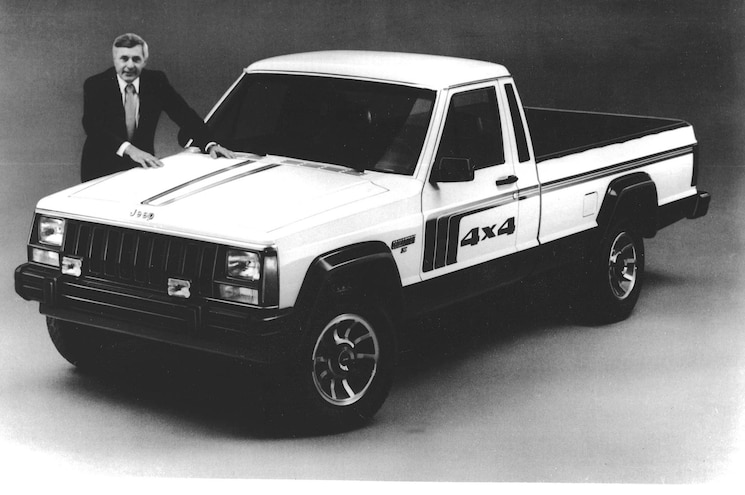 The Willys Jeep Station Wagon (1946-1964) and Truck (1947 to 1965), capitalized on the success and notoriety Willys gained in World War II building the MB general-purpose "Jeep." The Willys used the same 2.2-liter Go-Devil I-4 as the military Jeep and related CJ-2A, and it was available with two- or four-wheel drive. Later in the vehicle's product run, a Hurricane I-4 was available, as were the Super Hurricane and Tornado I-6 engines. 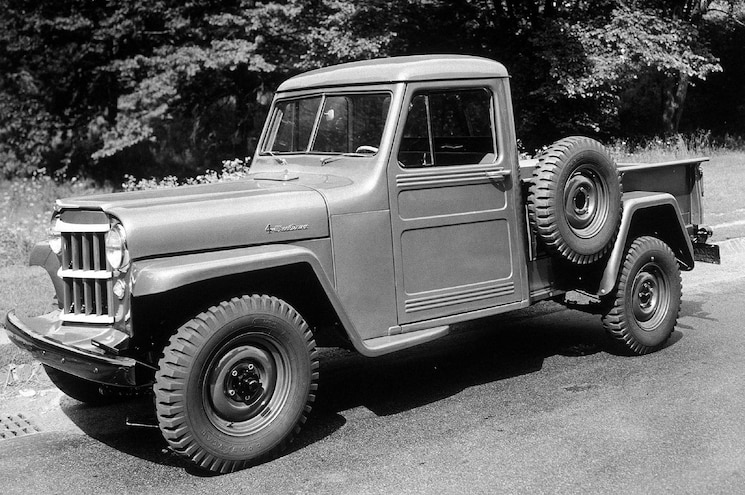 Although aftermarket parts are readily available for most Jeep models, these Willys models are party to a less comprehensive list of upgrades, owing mostly to their rarity and use as a rugged work vehicle more than a recreational plaything. Nevertheless, a four-wheel-drive Willys is still a solid off-roader, with military-inspired ruggedness baked right in. What's more, their relative simplicity and classic postwar styling make them fun and easy to own. Prices hover between $15,000 for a driver-quality vehicle and $35,000 for a pristine example.

Ask anyone in the world to draw a Jeep, and the odds are good they'll pen something similar to the Wrangler YJ. The first-generation Wrangler (1987-1997) replaced the Jeep CJ-7, offering a touch more on-highway comfort without sacrificing off-road capability or military-inspired styling. The only caveat to that was the YJ's rectangular, sealed-beam headlamps, which many Jeep loyalists decried as heresy. 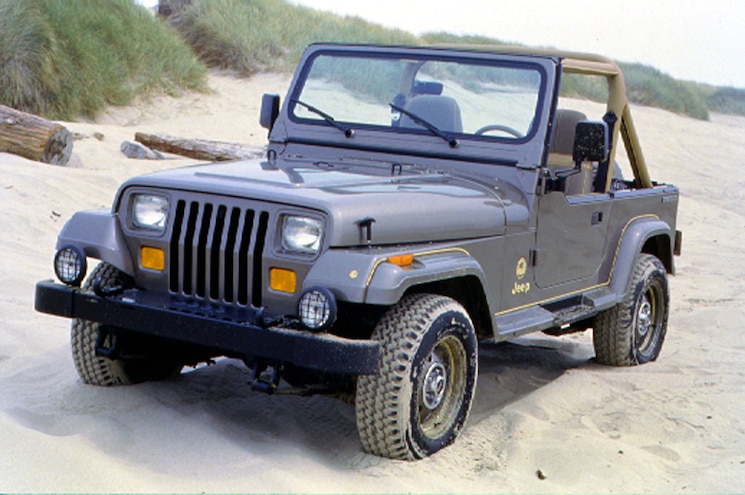 As such, prices for the Jeep Wrangler YJ are a bit more palatable relative to either the classic Jeep CJ-7 it replaced or the slightly more modern Jeep Wrangler TJ that came later. The Wrangler YJ offered a choice of familiar engines: the 2.5-liter AMC I-4 came standard, while the 4.2-liter AMC I-6 was optional until 1990, when it was replaced by the 4.0-liter I-6 for 1991. Two-wheel drive came standard, but most models were equipped with four-wheel drive. A variety of special models was available, including the oh-so-1990s Renegade package that came with chunky, body-color fiberglass fenders. The Wrangler YJ can be had for $4,000 in scruffy, driver-quality condition.

The Jeepster Commando offered a retro take on off-roading in the 1960s, reviving the Jeepster name that was last used in 1950 for a unique, on-road convertible with Willys MB-inspired styling. Unlike its predecessor, the new-for-1967 Jeepster Commando offered four-wheel drive, as well as an optional Buick-sourced Dauntless V-6 engine. The standard Hurricane 2.2-liter I-4 was actually quite similar to the Go-Devil four found in the original Jeepster. 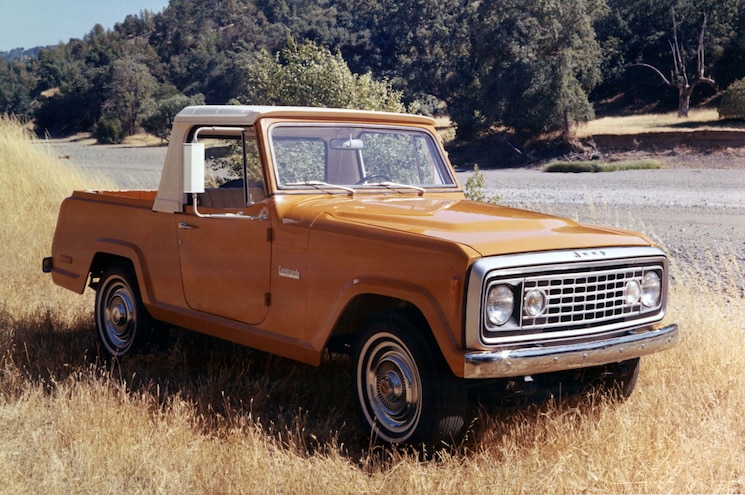 For 1972, "Jeepster" went away, and the SUV was now known simply as the Jeep Commando. The year also brought a significant restyling, doing away with the signature seven-slat grille and separate fenders in favor of a more conventional front clip that recalls the contemporary Chevrolet Blazer. 1972 also brought a new standard engine, the 3.8L AMC 232 I-6. Optional were the 4.2L AMC 258 I-6 and the 5.0L AMC 304 V-8. A good Commando will cost about $15,000, making it a respectable purchase for a buyer on a budget. 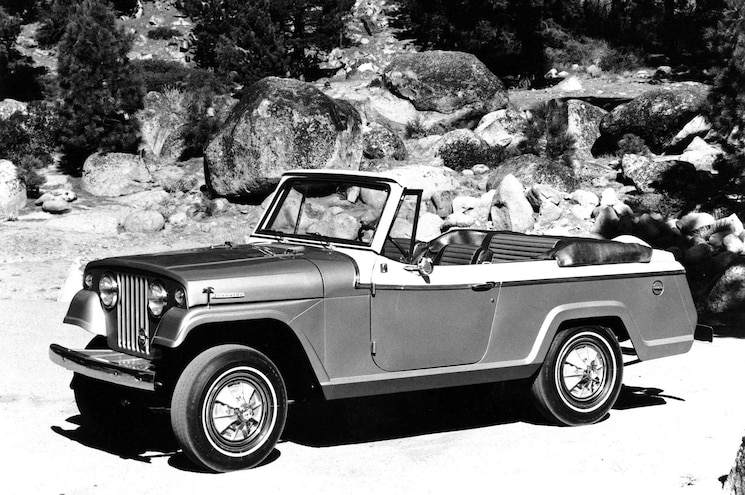