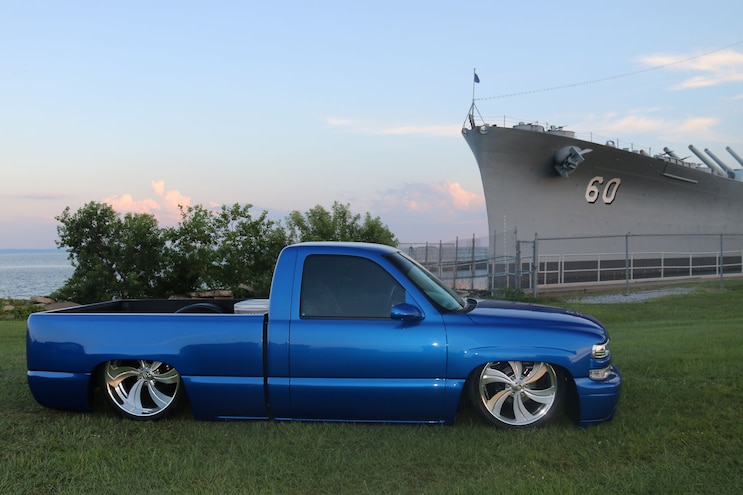 After being decommissioned in 1947—and receiving Nine Battle Stars for service during her brief three-year tenure as the Heroine of the Pacific—the USS Alabama was scheduled to be scrapped in the early 1960s. A handful of locals saw a bright future in the aging warship as the anchor attraction of a Memorial Park to be located in Mobile. Their dream came true in 1965 when USS Alabama Battleship Memorial Park opened to the public. Today, Battleship Memorial Park sees hundreds of thousands of visitors from around the world each year. They tour the park to learn about our nation's military history and the price paid for freedom. 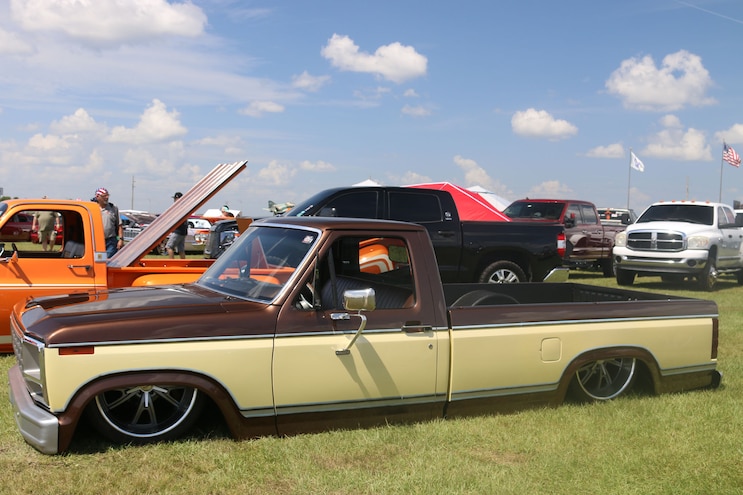 When cruising the grounds to check out the 1,500 custom trucks on hand for latest installment of Battle at Bama, we couldn't help but draw a comparison of the trucks to USS Alabama, itself. The entire field was filled with mini and full-size trucks that probably also narrowly escaped the scrap yard. And the newer trucks? Well, they were definitely released from a life of mediocrity! This year's Bama was filled with old school minis, as well as fresh builds, a ton of C10s from the south, and plenty of OBS trucks and late models. The C10 "million-dollar row" was packed with so many quality rides it could have been called $5 million row. There were so many old school builds registered that the organizers designated a VIP row to display them all. In Addition, Aftermath club celebrated their 20-year anniversary at the show. DJ Dapper was pumping the jams all weekend to keep the crowd entertained, along with all the vendors on hand like GSI Fabrication and title sponsor Ultimate Audio and Fabrication. Drop Em Wear was there, too, and they sponsored the Friday night taco party on the battleship!

At the end of the day, Best of Show went to Make Barcia and his killer OBS dually and Best Old School Mini went to Mike McCarty and his tandem axle Nissan. The show is put on by Craig and Rosalyn Rowley, along with Sterling Bourgeois, and once again, it went off without a hitch. For information on next year's event, stay tuned right here or check out battleinbama.net.