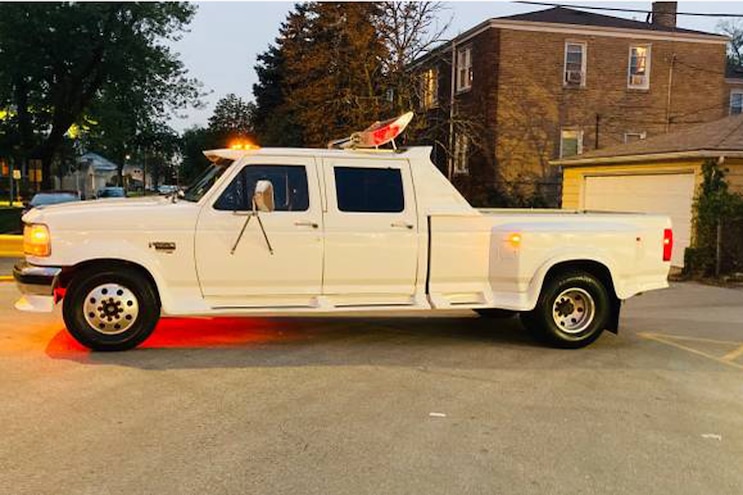 The Best Diesel Deals on Craigslist is our series charting oil-burners for sale in major cities throughout the U.S, which stems from a March 2020 story about a 1994 Ford E-350 Communications van in former President Bill Clinton's motor pool. With this rundown on Chicago, Illinois, we now have ten stories covering our search for diesels being sold through Craigslist from coast to coast.
One of the things that draws diesel enthusiasts to Craigslist is the wide variety of trucks, cars, engines, tools, and other mechanical apparatus that's found in its pages. We've featured diesel-powered rigs being sold privately in Detroit, Pittsburgh, Cleveland, Birmingham, Nashville, Miami, Charlotte, North Carolina, Boston, and New York.
It's important to note that diesel-powered pickup trucks, while plentiful almost everywhere, are not the primary target of our searches. In an effort to have some fun with this project, we're looking for uncommon, unique, or even quirky diesel vehicles, equipment, parts, etc. However, there certainly are instances where the late-model pickups we're all familiar with receive their just deserves.
Entering "Chicago" in the search box pulled up a total of 514 diesel cars, trucks, and even machines. Classics with manual transmissions caught our attention this go-round, including a beast of a decommissioned military vehicle that's ready for registration, insurance, and tooling around on public roads.
Here are five we selected from the Midway area. Report back to us and share details if you follow up on one of these examples. Be sure to let us know about cool diesel deals that you come across on Craigslist, too. Send info and a link to: dieselpower@motortrend.com.

View Photo Gallery | 6 Photos
Photo 2/6   |   001 Best Diesel Deals On Craigslist Chicago
With old-body-style Ford pickups steadily gaining popularity, this piece is a $12,900 (or best offer) "deal of deals" for most 1994-1997 F-250 and F-350 aficionados. The tricked-out crew cab only has 37,000 miles on its 7.3L Power Stroke diesel engine and five-speed manual gearbox. And, as a former Florida truck, it's 100 percent rust free. We dig the full conversion package (possibly Roll-a-Long) that includes plush leather seating, woodgrain trim, full exterior ground effects, and "much, much more—must see to appreciate," according to the seller. Attention: Rutledge brothers of CP Addict, saviors of all OBS Fords for sale. This one's calling your name!
https://chicago.craigslist.org/chc/cto/d/chicago-1996-ford-350-crew-cab-duly-73/7196395447.html 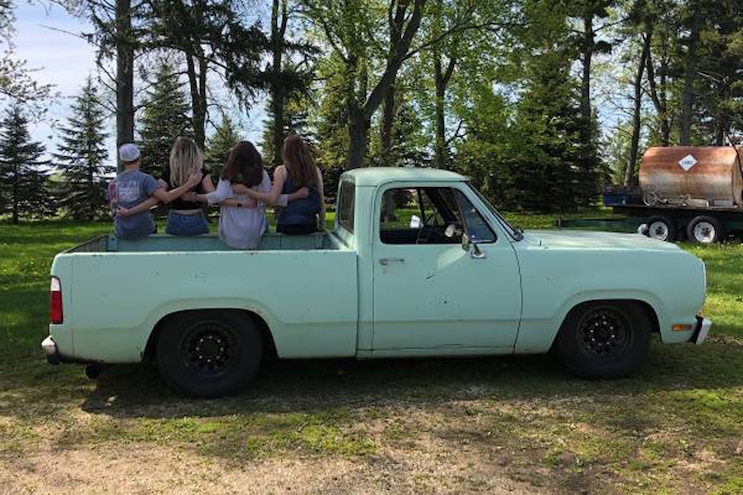 View Photo Gallery | 6 Photos
Photo 3/6   |   002 Best Diesel Deals On Craigslist Chicago
If you're a Dodge fan, a Cummins fan, and have always dreamed of converting a first-gen pickup from gas to diesel, ante up $21,500 and snag this one. The hopped-up (turbocharger, intercooler, fuel pin/governor spring, and VE injection pump) 5.9L 12-valve Cummins engine and Getrag five-speed manual transmission are already in place, and the truck's entire underpinnings are those of a completely restored 1993 Dodge Ram 2500. Air bags all around give it low-ride capability, and slotted disc brakes provide stopping power for this undercover hot rod.
https://chicago.craigslist.org/chc/cto/d/belvidere-1979-dodge-d100-cummins/7195582520.html 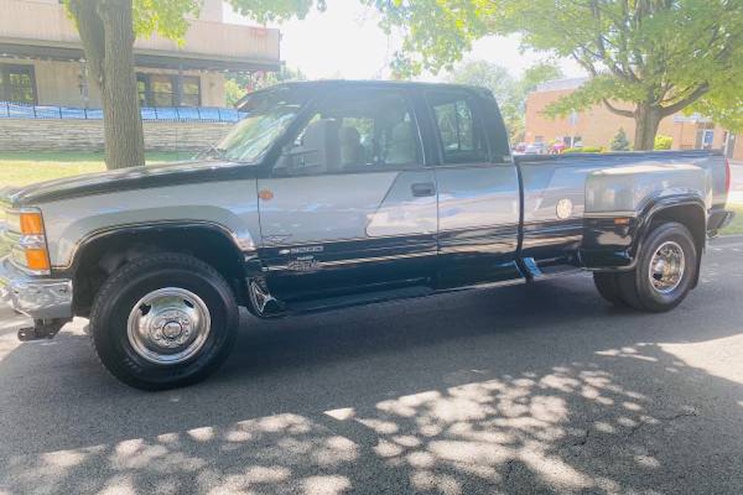 View Photo Gallery | 6 Photos
Photo 4/6   |   003 Best Diesel Deals On Craigslist Chicago
Here's another super-clean OG dually that resonates with us. Like the big Ford, this rig, powered by GM's 6.5L turbodiesel engine and an automatic transmission, is highlighted by its aftermarket upfitting: a full Geneva conversion package of interior and exterior treatments that made it one of the true high-line pickups of its time. The seller calls it "pampered" and reports 69,000 miles on the odometer. Bring $10,900 and take this classic home.
https://chicago.craigslist.org/nch/cto/d/elmwood-park-1995-chevrolet-silverado/7193862522.html 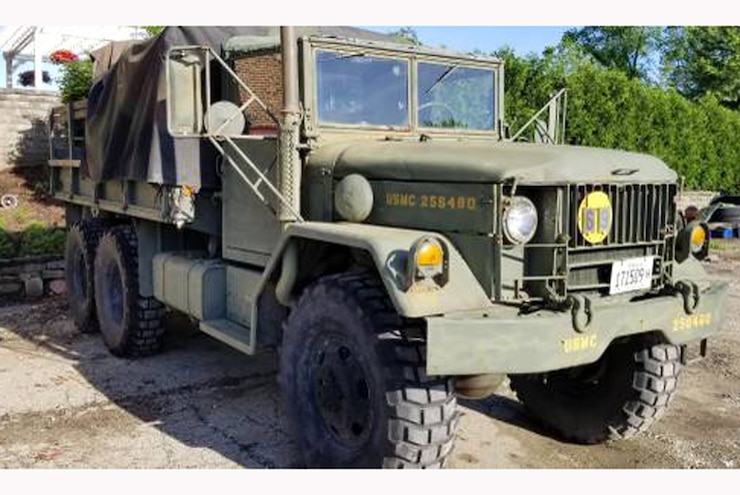 View Photo Gallery | 6 Photos
Photo 5/6   |   004 Best Diesel Deals On Craigslist Chicago
This one is perfect for the wannabe "John Rambos" and military buffs who might be dreaming about owning a legit piece of G.I. apparatus that ultimately could have many uses. Originally a six-wheel-drive vehicle (the rears are converted to super singles), the 2.5-ton "Deuce-and-a-Half" has 6,585 miles and is powered by a Hercules multi-fuel diesel engine, with a dual-range five-speed manual gearbox. A venerable workhorse, the rig is rated for hauling 10,000 pounds on the highway or 5,000 pounds off-road. The $6,800 sale isn't a necessity, according to the seller, who's looking for cash, but could consider a convertible maybe.
https://chicago.craigslist.org/nwc/cto/d/mundelein-m35a2-deuce-and-half/7193631359.html 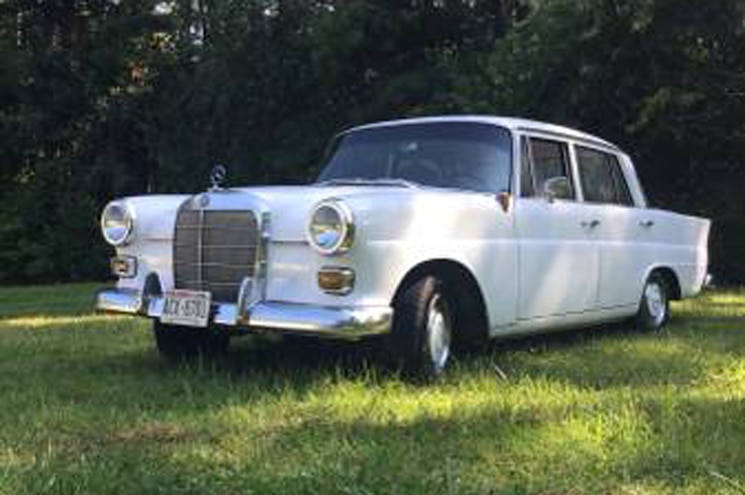