Finding “normal” in an interesting assortment of commercial trucks for sale in the Motor City. 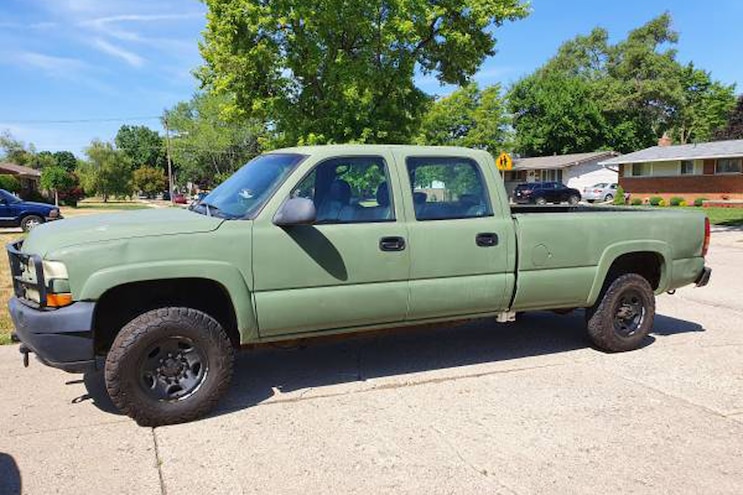 The Best Diesel Deals on Craigslist. Welcome back; if you've been following this series since it began, and if you're just joining us, thanks for checking out our rundown of oil burners for sale in major cities throughout the U.S. We kicked things off back in March, when we published a story about a 1994 Ford E-350 van that served as a communications vehicle in former President Bill Clinton's motor pool. With this rundown on Detroit, Michigan, we now have nine stories covering our search for "diesels" being sold through Craigslist from coast to coast.
One of the things that draws diesel enthusiasts to Craigslist is the wide variety of trucks, cars, engines, tools, and other mechanical apparati that are found in its pages. We've featured diesel-powered rigs being sold privately in Pittsburgh, Cleveland, Birmingham, Nashville, Miami, Charlotte, Boston, and New York.
It's important to note that diesel-powered pickup trucks, while plentiful almost everywhere, are not the primary target of our searches. In an effort to have some fun with this project, we're looking for uncommon, unique, or even quirky diesel vehicles, equipment, parts, etc. However, there certainly are instances where the late-model pickups we're all familiar with receive their just deserves.
More Craigslist Deals Here!
Best Diesel Deals on Craigslist: Pittsburgh
Best Diesel Deals on Craigslist: Cleveland
Best Diesel Deals on Craigslist: Nashville
A Dually Delight: Top 5 Craigslist Diesel Trucks in Birmingham
Entering "Detroit" in the search box pulled up a total of 162 diesel trucks (and cars). Interestingly but not surprisingly, the majority are big rigs—Class 8 tractors, and over-the-road auto transporters—which makes sense, as the Motown area is Ground Zero for domestic auto and truck manufacturing, and of course, trucks are used to move 'em out.
Also, unlike other cities, the D isn't big on the same type of unique or quirky oil burners that we have highlighted. There are a lot of really nice pickups and cars in our search results. Check out the samples we have selected from the Motor City. Report back to us, and share details if you follow up on one of these examples. Be sure to let us know about cool diesel deals that you come across on Craigslist, too. Send info and a link to: dieselpower@motortrend.com. 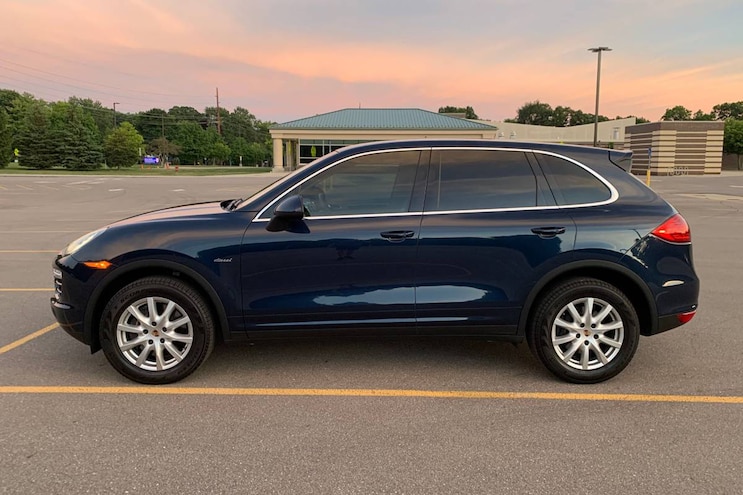 View Photo Gallery | 6 Photos
Photo 2/6   |   001 Best Diesel Deals On Craigslist Detroit
As diesel cars and SUVs go, we typically see ads posted for Audis, Volkswagens, BMWs, and Mercedes-Benz vehicles, not Porsches. The Shelby Township-based seller's claim is that this super-clean rig is in excellent condition. It's powered by a 240-hp 3.0L V-6 oil burner that makes 406 lb-ft of torque. There are only 43,624 miles on the odometer, and for $30,000, it's a good opportunity to own a diesel SUV that isn't seen very often on U.S. roads.
https://detroit.craigslist.org/mcb/cto/d/utica-2014-porsche-cayenne-diesel-29-mpg/7167095200.html 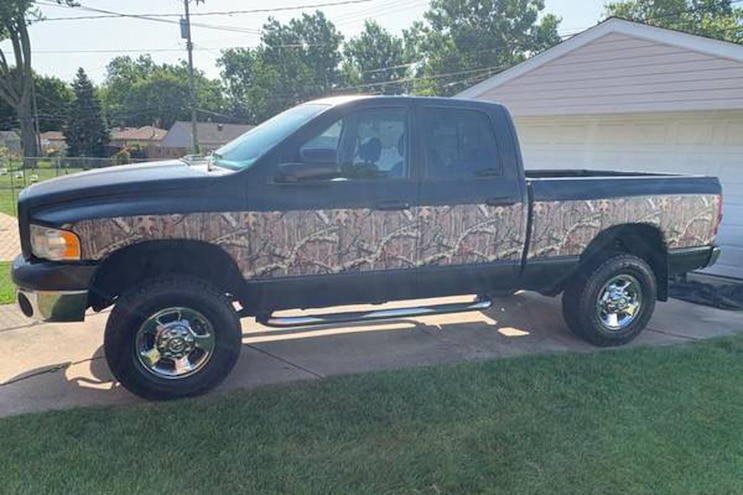 View Photo Gallery | 6 Photos
Photo 3/6   |   002 Best Diesel Deals On Craigslist Detroit
The seller says this 158,000-mile truck is completely rebuilt (we're assuming its 5.9L Cummins engine was included in the rebuild). With the tree-bark graphics, we think it's a perfect rig for an outdoorsman and bombing through the woods in four-wheel drive. The asking price is $23,000, and it's in Southgate.
https://detroit.craigslist.org/wyn/cto/d/wyandotte-2005-dodge-ram-2500/7170277841.html 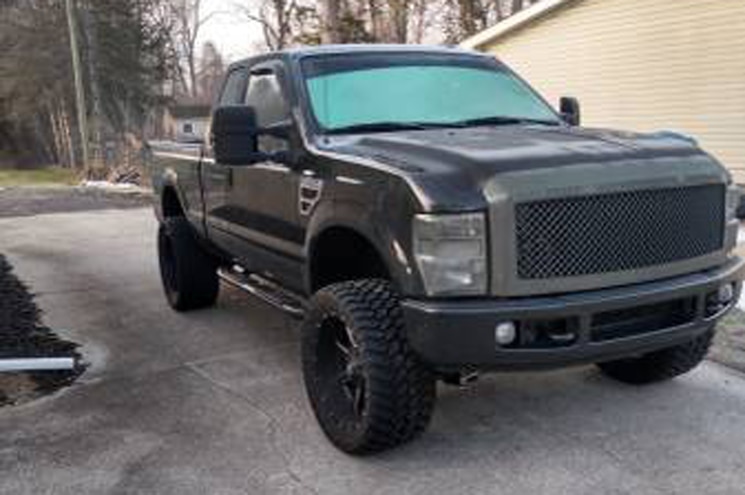 View Photo Gallery | 6 Photos
Photo 4/6   |   003 Best Diesel Deals On Craigslist Detroit
Of course we have to include a truck that has 700 hp, especially when a 6.4L Power Stroke engine is making all that steam. There are 10,000 miles on the rebuilt powerplant, which features a balanced rotating assembly highlighted by Mahle Maxxforce 7 pistons, new connecting rods, a Dynamic Diesel Performance & Machine Stage 2 billet camshaft, heavy-duty lifters, billet pushrods, new rocker arms, and more. Maryland Diesel Performance's S366 single-turbo kit and a 5-inch exhaust system are other notable components. There is a long list of additional upgrades that make this rig one to consider, especially for $16,000 or best offer. It's in Algonac.
https://detroit.craigslist.org/mcb/cto/d/algonac-2008-ford-250-4x4-diesel-700hp/7182973686.html 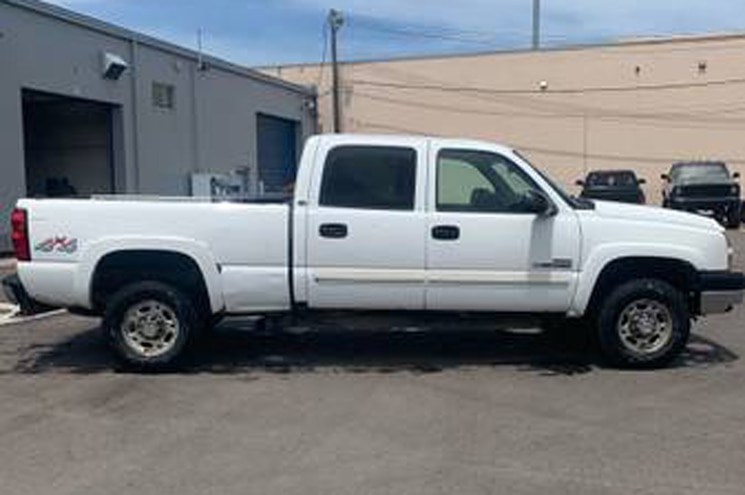 View Photo Gallery | 6 Photos
Photo 5/6   |   004 Best Diesel Deals On Craigslist Detroit
High miles (362,000) might be concerning, but the seller says the 6.6L Duramax LB7 engine runs great, everything works (heat, air conditioning, power windows), and a new CP3 injection pump and fuel-pressure regulator have been added, along with other parts it needed. Again, blame it on mileage, but, the engine reportedly "smokes a little now and then at idle, but goes away," according to the seller. Holly is the area where this piece is located. A low-dollar deal at $3,300 or best offer.
https://detroit.craigslist.org/okl/cto/d/holly-duramax/7177272727.html

View Photo Gallery | 6 Photos
Photo 6/6   |   005 Best Diesel Deals On Craigslist Detroit
Per the factory, this rig is identified as a "GM Military Truck." In the armed forces, it is classified as a "Light Service Support Vehicle" or "LSSV." The decommissioned truck served in the U.S. Navy, and compared to the Duramax LB7-powered rig above (with more than 300,000 miles), this one has only traveled 75,000. We suspect cruises on or around base make up a majority of the distance, so it's understandable that the price—despite the LSSV's need for TLC—is considerably higher ($13,500). It would be neat to know what military installation this rig was stationed at, what department used it/its actual job, etc. Send us an email if you know.
https://detroit.craigslist.org/mcb/cto/d/sterling-heights-2002-military-chevy-x4/7173659062.html