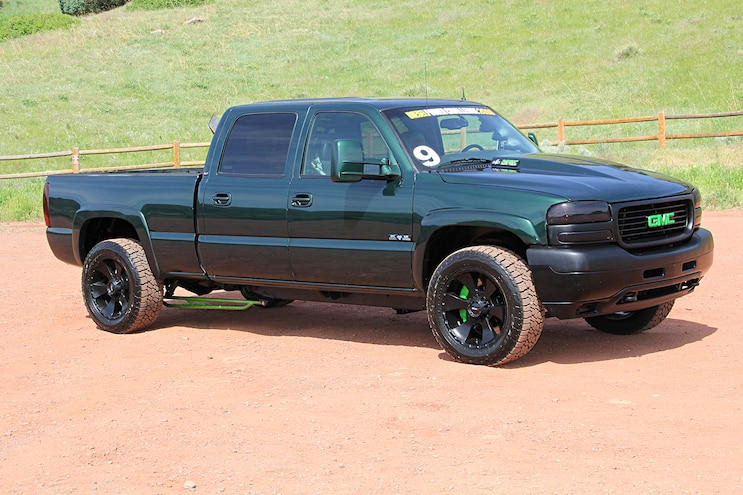 “When I was 14, my grandpa bought an ’03 Chevrolet Silverado 2500HD from the dealership. I was with him, and I fell in love with it.”
That’s how Kelsie Epp found her way into the world of diesel performance. She bought that very truck when she turned 18 and went away to college, using the 6.6L Duramax LB7-powered Silverado to get to and from school and modifying it gradually for better performance and reliability. The guys at her local diesel shop also had an affinity for Duramax engines, and she started accompanying them to the track, where she says she got “completely hooked” on drag racing.
From that first ’03 (which she still owns), Kelsie graduated to her current truck, an ’02 GMC Sierra 2500HD. Getting it into fighting condition hasn’t been easy, however.
“I’ve always loved the idea of Diesel Power Challenge, the ultimate truck and everything, so two years ago, I bought a truck sight unseen that would make a good starting point,” Kelsie says. “On my first drive after taking delivery, I blew the motor, which ended up being a good thing in the end, because we took it apart completely and rebuilt it the way it should have been built.”
Even before she was selected for Diesel Power Challenge 2016, Kelsie was setting up her truck for the competition. Each powertrain, suspension, and electronic modification was made with the Challenge in mind, even though she didn’t know she would be selected as a competitor.
“I’m just a firm believer that when you have a big dream in mind, you have to keep that in your brain all the time and concentrate and focus everything toward that dream,” Kelsie says. She organized a meeting with Gale Banks at a previous SEMA show, just because she wanted to meet him and, in the course of the week, she was put in contact with people who helped get her on track for Diesel Power Challenge.
Kelsie prepared for DPC 2016 by taking her truck to her local eighth-mile dragstrip to dial it in just right. She also attended ATS Diesel Performance’s Gauntlet Dyno Challenge (where she won the unlimited class and placed Fifth overall in the Gauntlet) to ensure her triple-turbocharger setup would light in Denver, Colorado’s high altitudes. “I knew at that point those turbochargers were meant for that place,” Kelsie says.
Kelsie acknowledges the “huge list” of people that helped her get to where she is, including Supreme Diesel, DFC Diesel, Dynomite Diesel Products, Dmitri Millard at No Zone Diesel, ATS Diesel Performance, Diesel Garage Media, Rob Coddens of Adrenaline Truck Performance, and Integra Tire and Automotive Center. “Everyone’s faith in me as a driver has been overwhelming,” Kelsie says. “I can’t say that enough.”
Will her truck’s impressive build process and massive support system pay off? You know we’ll be watching her closely when she hits the scene at DPC 2016. 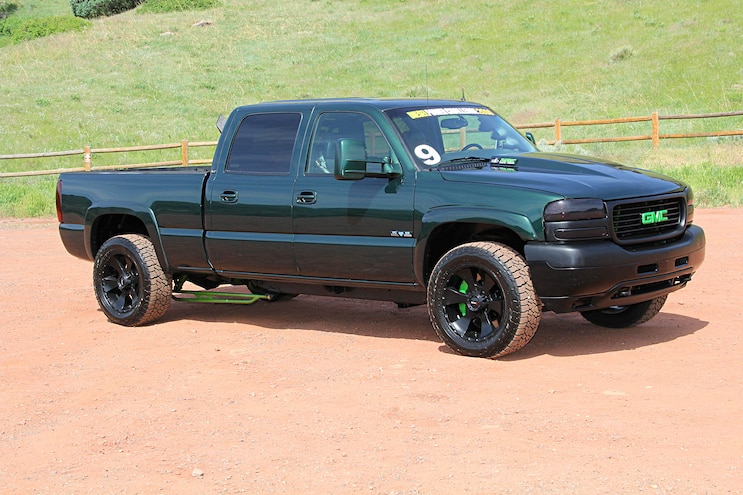 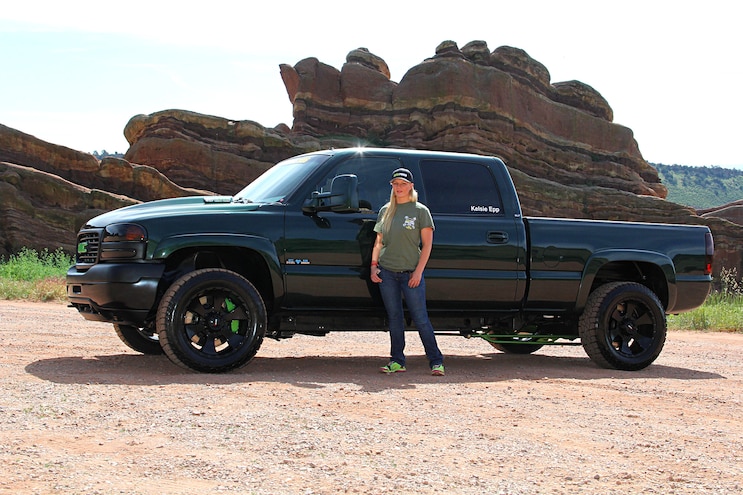 View Photo Gallery | 16 Photos
Photo 3/16   |   002 Kelsie Epp 2002 GMC Sierra 2500 HD
Kelsie Epp and her team will drive thousands of miles from Canada to join the other Diesel Power Challenge 2016 competitors in the foothills above Denver, Colorado. 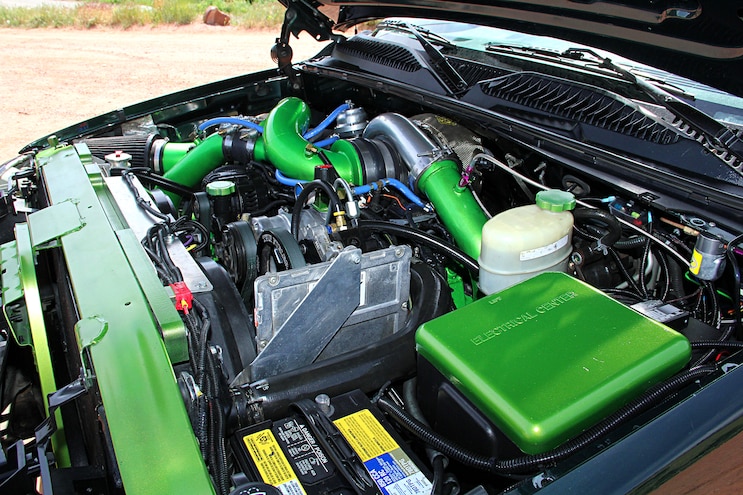 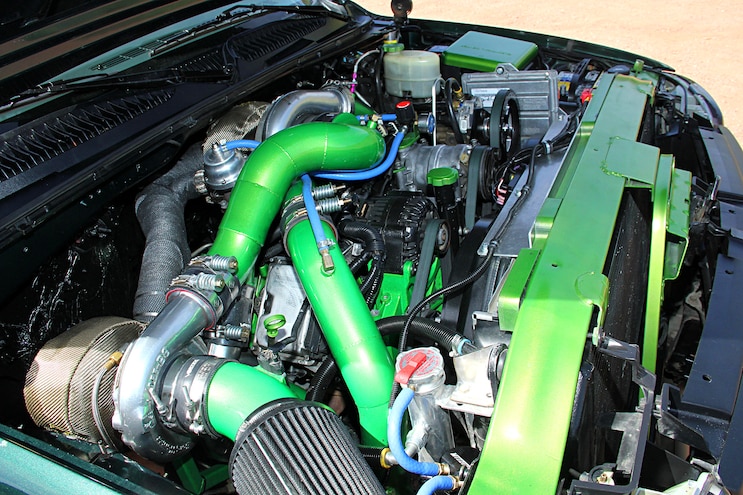 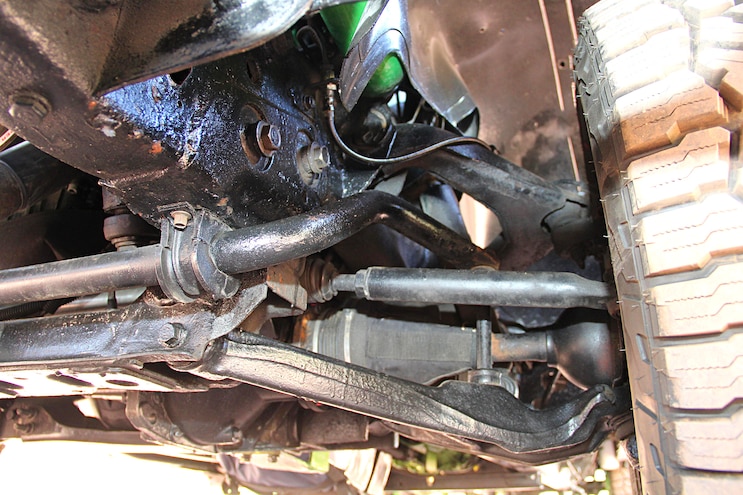 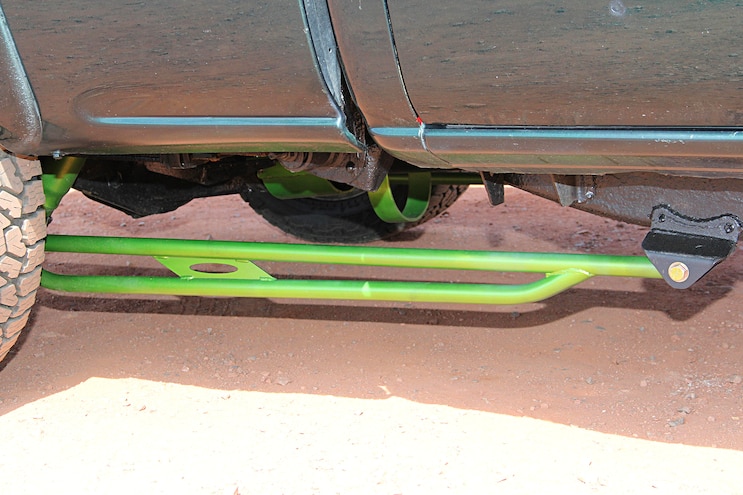 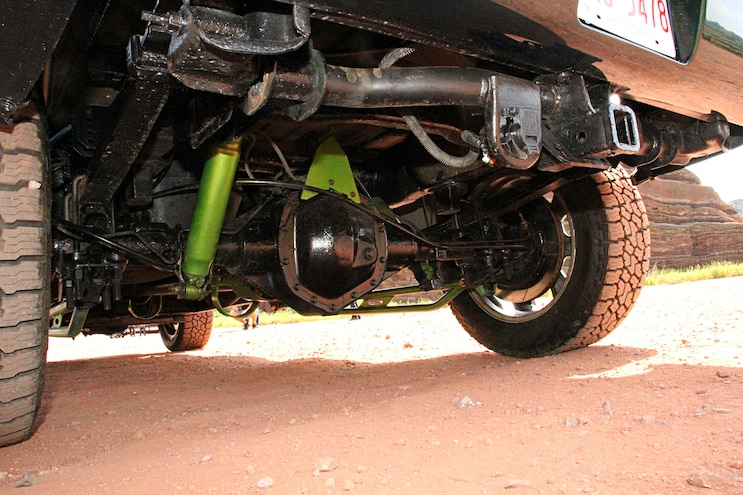 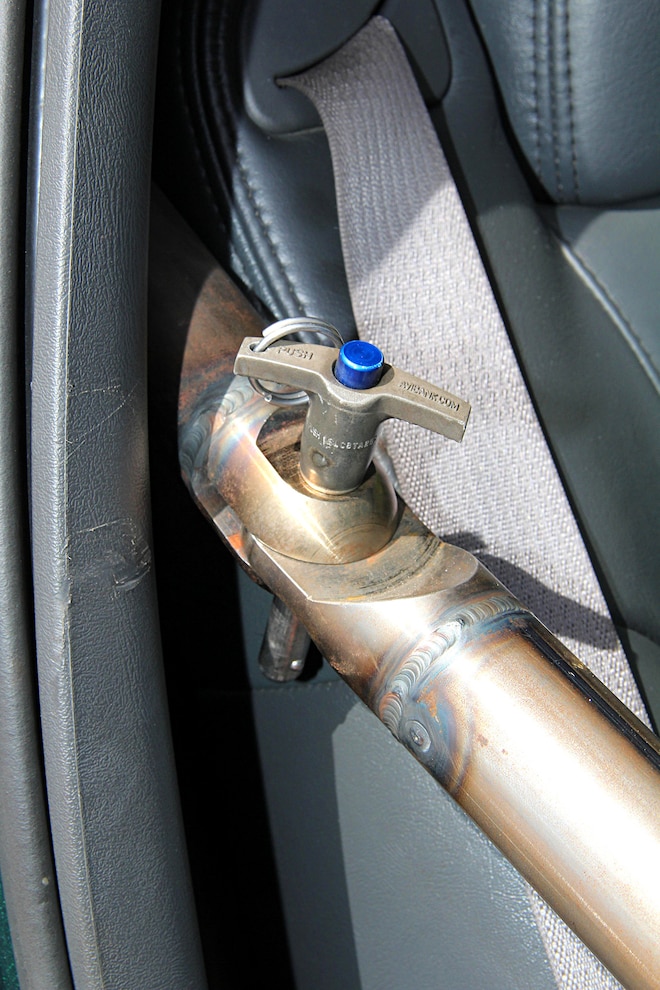 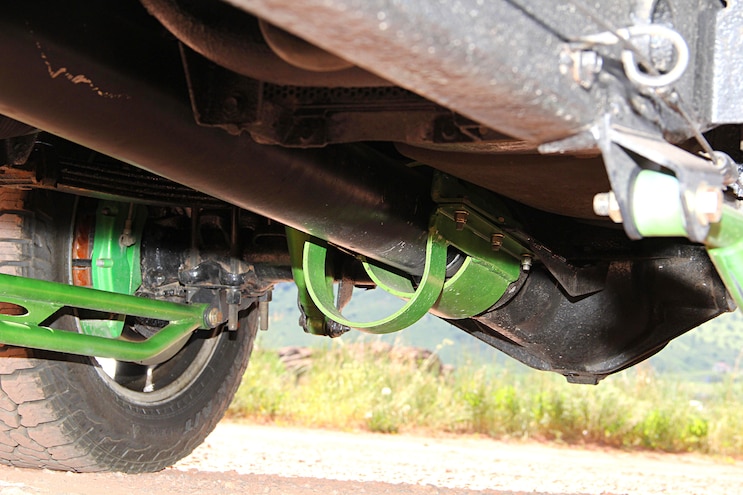 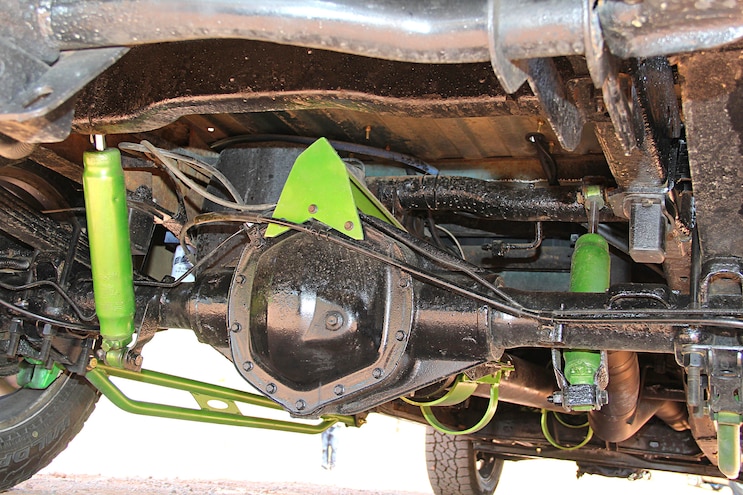 View Photo Gallery | 16 Photos
Photo 11/16   |   011 Kelsie Epp 2002 GMC Sierra 2500 HD
The underside of the ’02 GMC is the definition of overbuilt. We don’t expect Kelsie to experience any driveability problems relating to these stout components. 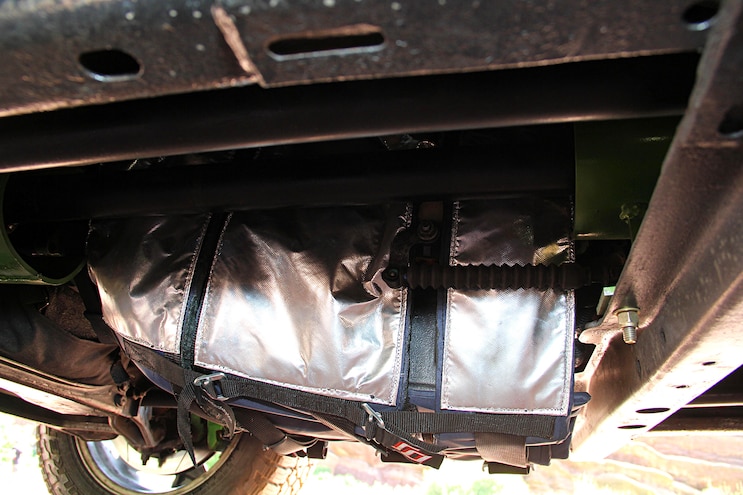 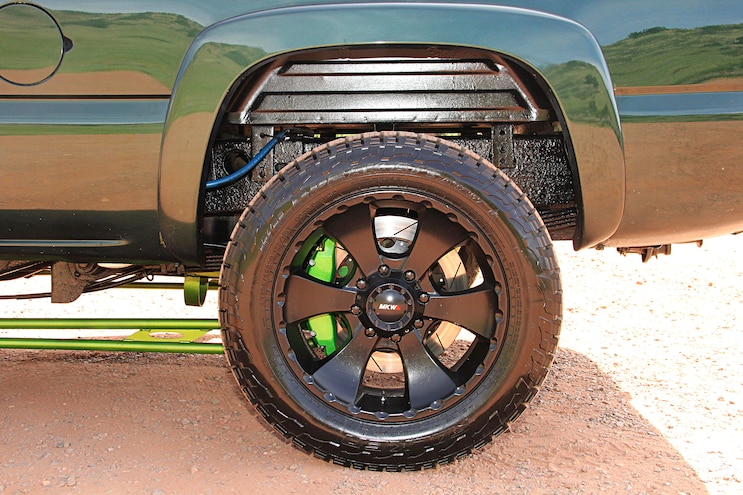 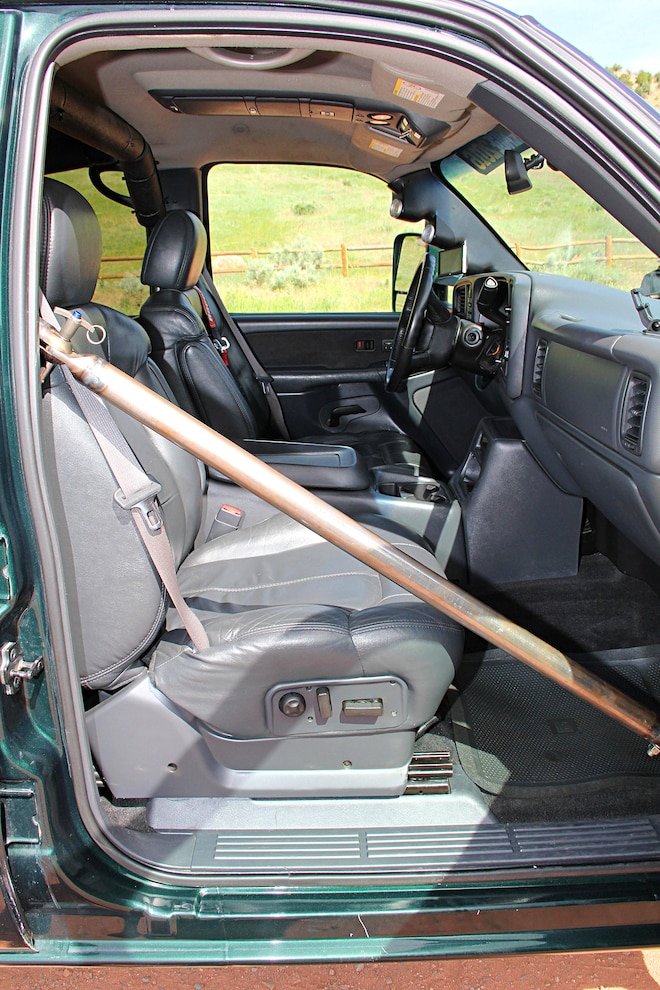 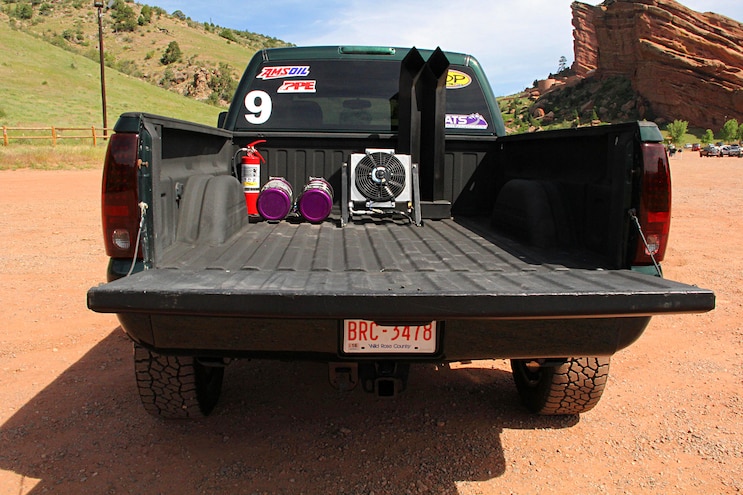 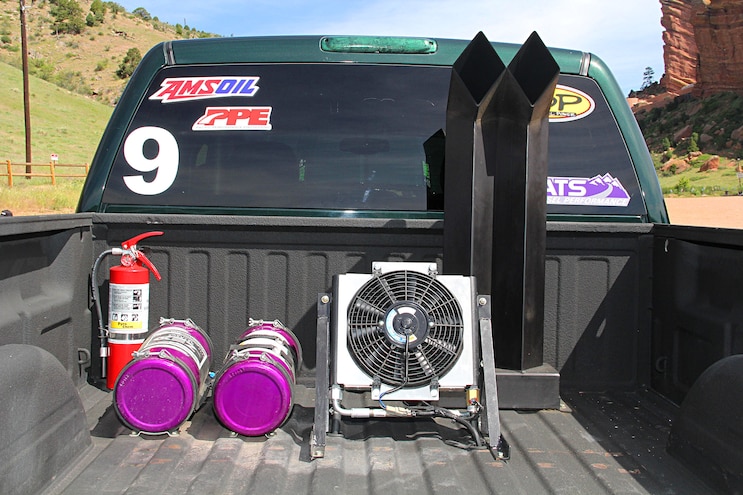