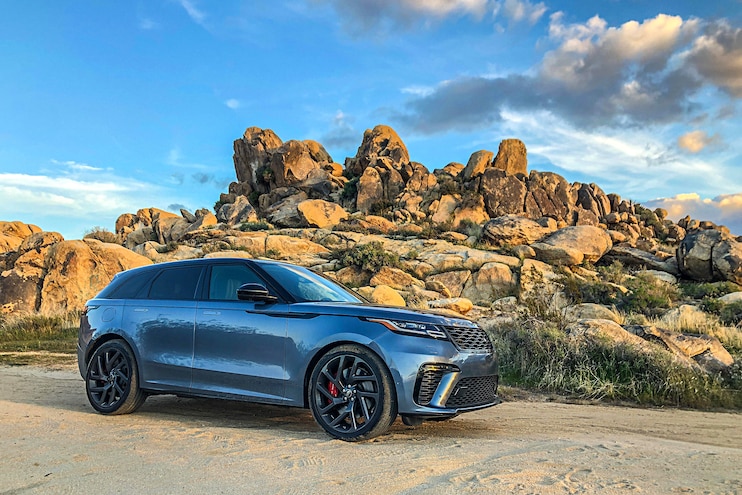 When we were first introduced to the all-new Range Rover Velar in 2018, we were immediately enamored by it. Slotted between the Range Rover Sport and Evoque, the Velar is the perfect combination of size, style, and sportiness. Really, the only thing missing from the equation was a fire-breathing V-8 engine.
Until now, Velar was available as either a base Velar or the sportier Velar R-Dynamic and model in either S or HSE trim. Engines included a turbocharged 2.0L four-cylinder making 247 hp and a supercharged 3.0L V-6 that produces 340 hp. For 2020, Range Rover has just introduced the most powerful and most luxurious Velar ever, the top-of-the-line Range Rover Velar SVAutobiography Dynamic Edition. Although the name might be a mouthful, it's powered by the company's 550 hp supercharged 5.0L V-8 engine, and we are in love. 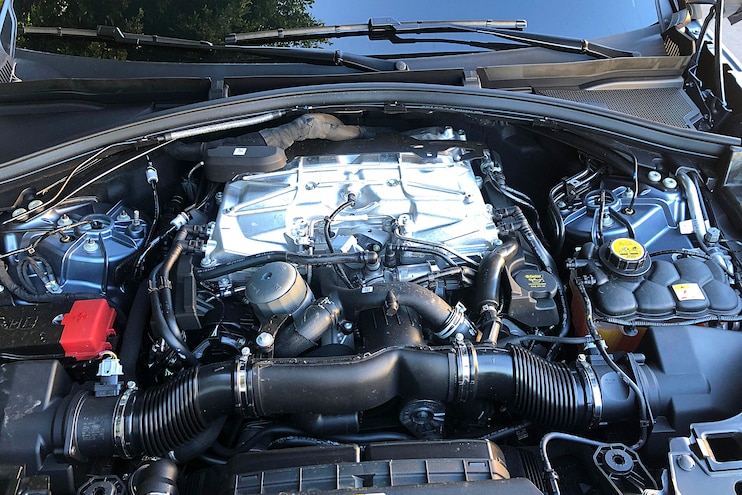 View Photo Gallery | 27 Photos
Photo 2/27   |   027 2020 Range Rover Velar Sv Autobiography
With a starting price of about $91,000, the Velar SVAutobiography is a touch more expensive than a base Velar, which can be had for just $62,000. But when contrasted with the full-size Range Rover SVAutobiography's $180,000 price tag, the Velar is a downright bargain.
On the outside, SVO's designers have given the Velar SVAutobiography a few subtle tweaks. The Velar SVA gets a new front bumper with larger openings to accommodate the vehicle's large oil coolers. A spoiler is also neatly integrated. Around back, large quad exhaust finishers adorn the lower fascia. The standard wheels are large 21-inch units, with 22s being optional. Large wheels are needed to accommodate the massive 15.6-inch brake rotors that are found at all four corners. View Photo Gallery | 27 Photos
Photo 3/27   |   003 2020 Range Rover Velar Sv Autobiography
Moving inside, we see the Autobiography portion of the SVAutobiography. The Velar's already luxurious interior has been taken up a notch. Small touches like real metal shift paddles and knurled aluminum rotary knobs add to the upscale feel, with carbon fiber inlays in the door panels expressing the vehicle's sporty side. A sliding panoramic sunroof is standard, along with Windsor leather seats, premium carpet mats, metal pedals and tread plates, an 825-watt Meridian audio system, 10-inch TouchPro Duo infotainment system, and much more. The only real disappointment lies in the intuitiveness of the TouchPro Duo, but we've beat that horse enough.
During our time with the Velar SVAutobiography, we logged nearly 300 miles with an ear-to-ear grin the entire time. We drove city streets, empty SoCal highways, and twisty mountain roads. The 5.0L V-8 engine pulls hard through the entire RPM range and sounds amazing doing it. Fittingly, the SVO designers chose to tone down the Velar's active exhaust to a still aggressive but neighborhood friendly level, unlike the growling, popping, and snorting exhaust fitted to the Range Rover Sport SVR. The Velar SVA even beats its cousin's, the Jaguar F-Pace SVR, impressive 4.1-second 0-60 time by a small margin. The Velar SVA will run to an electronically limited top speed of 170 mph—or so Range Rover claims. 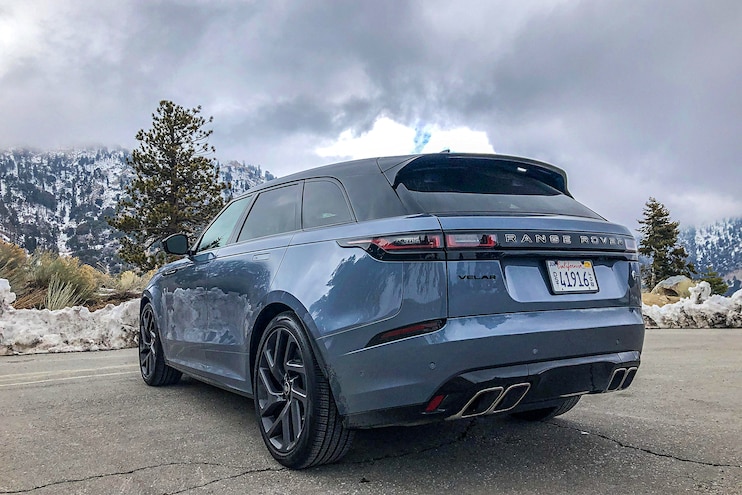 View Photo Gallery | 27 Photos
Photo 4/27   |   007 2020 Range Rover Velar Sv Autobiography
Despite being a road warrior, the Velar SVA still has its Range Rover off-road DNA. Our tester came fitted with the company's Terrain Response II system and All-Terrain Progress Control; think Ford's Trail Control or Toyota's Crawl Control. Unfortunately, there's still no low-range gearbox. Really though, nobody is going to rock-crawl a nearly seven-figure SUV on 22s. Still, the Velar SVA will confidently get you down the graded dirt road or snow-covered trail. But be warned: If you get a flat, the tires are several hundred dollars apiece to replace, but don't ask how we know.
Overall, we enjoyed every moment with the Range Rover Velar SVAutobiography Dynamic Edition. The highway ride was great; it hugged curves like the sportscar it's not; and the interior was luxuriously appointed. We got plenty of stares and comments on the Velar's great exterior styling, and everyone that went for a ride left impressed. So, if you're in the market for a mid-size luxury SUV with loads of power for less than $100,000, look no further than the Range Rover Velar SVAutobiography Dynamic Edition. But you'll need to act fast, as this package is available only for the 2020 model year. 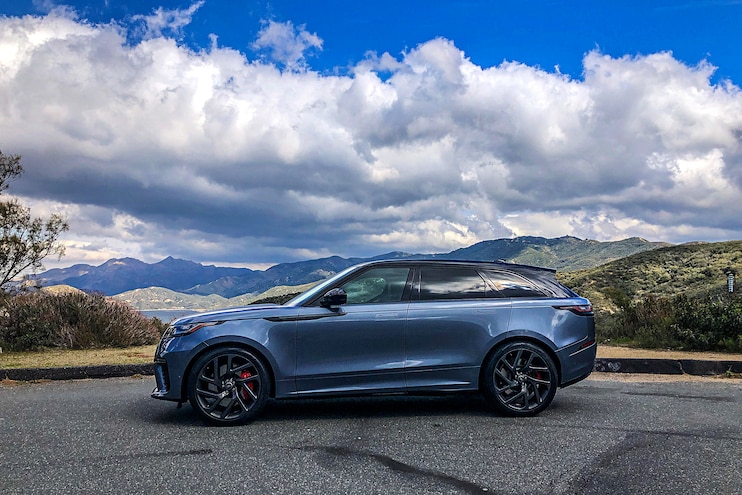