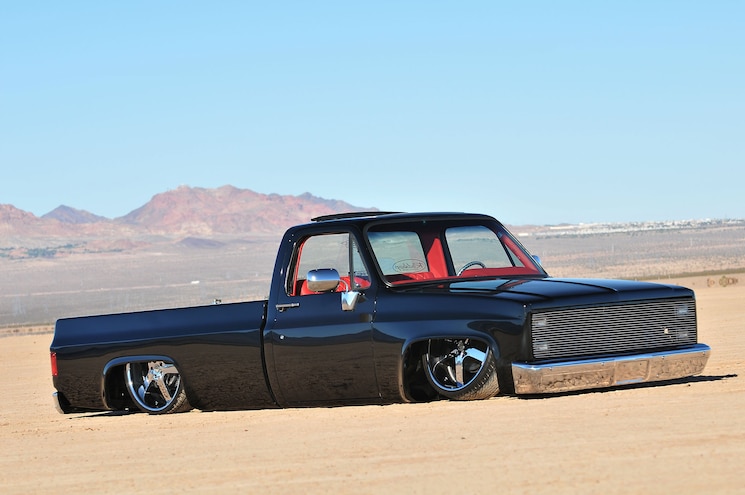 As a young man growing up, one of the most influential people in your life should be your father. He's there to teach you how to throw a ball, how to respect others, and how to be a man. Jason Gray has always been very close to his father, and the older he got the closer that bond has grown. Jason's father Keith started a maintenance company, and the Grays worked side by side for 22 years together. "We talked every day," Jason tells Truckin. "No matter what the situation was, he was always there."
Jason first got into trucks through his older brother Chris who was an avid stereo head and subscriber to truck magazines. Jason owned a '98 Chevy Silverado that he used to drive on a daily basis. His friend Ryan was driving around in a body-dropped 1983 GMC Sierra long-bed that Jason just simply loved. Being that the Silverado had more doors and room, Ryan inquired about a trade so his family could ride in the truck. Jason agreed and quickly made the trade for the GMC that was 15 years older. Once he told his father about his new acquisition, he asked to go for a ride in it, and within minutes, his father fell in love with the classic Sierra. 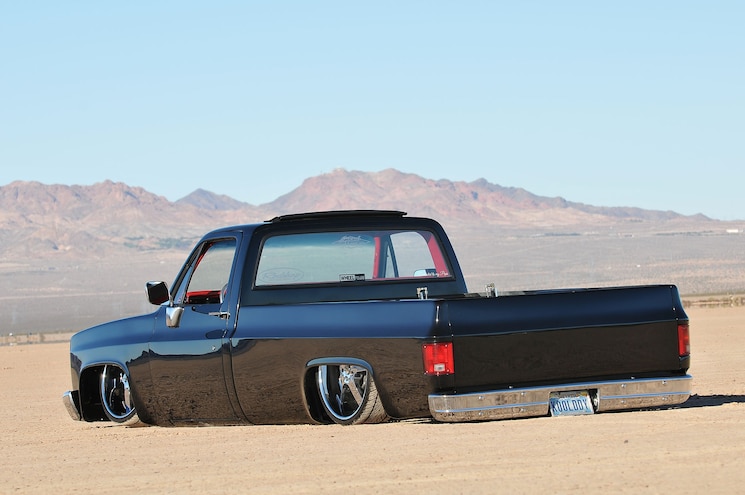 View Photo Gallery | 17 Photos
Photo 2/17   |   1983 Gmc Sierra Long Bed 02
For the next four months, Jason began planning out what he wanted to change and redo on the GMC, and his father stood beside him the whole time with input and ideas. Before the progress began, Keith needed to go into the hospital for a routine surgery but sadly never made it out. The Gray family was devastated, and everything in Jason's life just stopped where it was. "It literally ruined me," Jason adds. "He was my best friend and my biggest supporter." After some time to grieve, Jason knew what his father would have wanted him to do.
Keith was into the hot rod style of trucks, so to pay homage to his father, the 305 that was pre-loaded in the GMC was gutted and replaced with a crate 350 and a turbo 350 transmission. Bryce from Rodshop in Vegas built the motor and tranny mounts so the motor could be raised up yet fit under the stock hood. The next step was making the suspension safer and more efficient. The cantilever setup was removed and the frame was narrowed and "Z'd" so it could turn when it is completely laid out. The entire back half was fabricated to fix the flimsy original build. 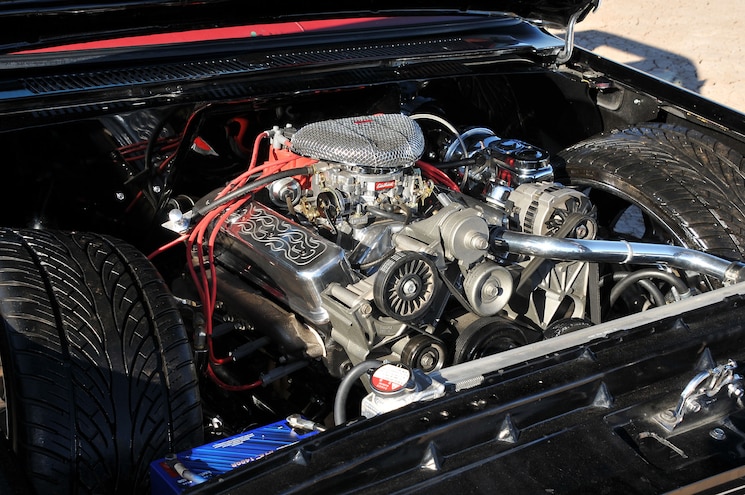 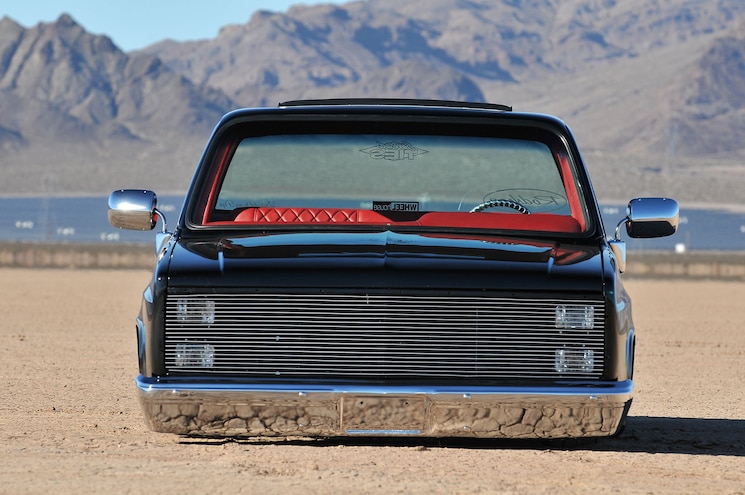 View Photo Gallery | 17 Photos
Photo 4/17   |   1983 Gmc Sierra Long Bed 04
Jason knew his father would be proud of how quickly the Sierra was coming together and knew that his dad would say "Now paint it, son!" The paint process was bit of a nightmare with Jason enlisting two separate painters to handle the job, one doing a very poor job and the other running away with the money and not completing the work. Daniel Crespo of D.C. Designs came to the rescue by spraying the entire truck in Sherwin Williams Jet Black paint. A phantom-style grille was added to the front end to give the Sierra an aggressive appeal from the front vantage point. A Streetbeat sliding ragtop was cut into the top for the Vegas sun to shine in on those long drives through the desert.
Jason explains he's a red and black kind of guy, so when it came time to redo the cabin, he found Ephraim Armendariz at Upholstery Works to recover the seats, door panels, and dash. A diamond tuck pattern was stitched along with some subtle black stitching to tie into the exterior paint. A Severed Ties steering wheel was added to represent his club. Jason installed a Pioneer head unit and Polk Audio speakers to round out the interior modifications. Jason didn't want to be like everyone else around town and add billet wheels, so he opted for a set of 24-inch Strada U2s and wrapped them in Nexen rubber. 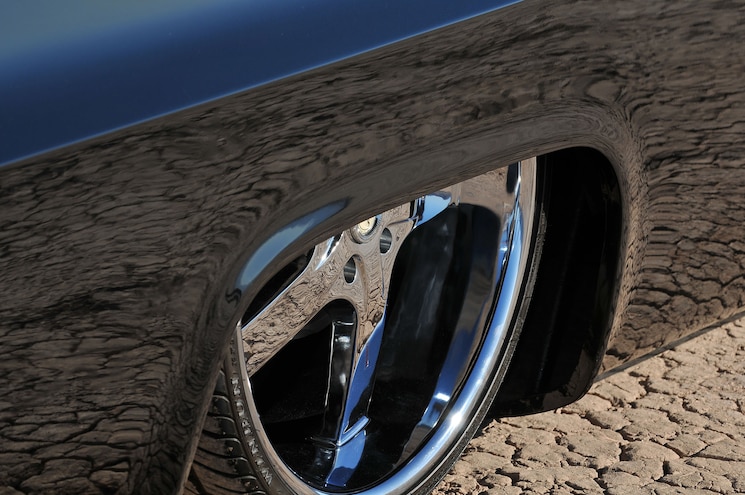 View Photo Gallery | 17 Photos
Photo 5/17   |   1983 Gmc Sierra Long Bed 16
Jason looks at the truck every day and remembers the day he and his father went for a ride in the Sierra right when he got it. "I remember it like it was yesterday, that big smile and the outlook on what we could do to it." He was never able to see the finished product, but Jason is sure that he has been looking down every day and guiding him to make the right decisions. "I know he's proud of me, and I know he's always in the seat next to me with that giant smile," Jason adds. "He was always such a Kool Daddy."