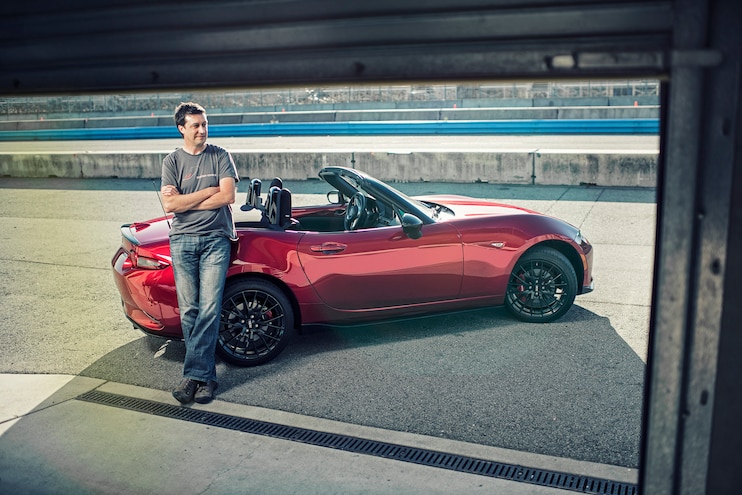 Dave Coleman was born for this job. A car guy since his birth in Boston, he grew up in Virginia, then Seattle during his junior high and high school years. His father had a BMW 2002, his grandfather a Porsche 911, "and we were very mechanical people," he says. "I've been playing with cars all my life." When he was 10, his dad bought a Mazda RX-7, and that car turned him into a "total rotary nut," dreaming of becoming a Mazda engineer.
He earned his mechanical engineering degree from Harvey Mudd College in Claremont, California, in 1995, then took a job with an aftermarket tuner. "From there," he relates, "I met some guys at car magazines and ended up as engineering editor at Sport Compact Car magazine for eight years, which was more fun than a real engineering job." 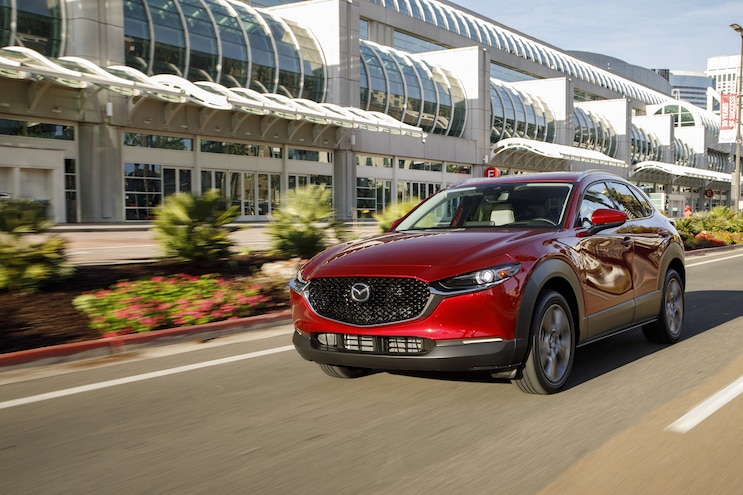 View Photo Gallery | 4 Photos
Photo 2/4   |   2020 Mazda Cx 30 Car To Car 1
Coleman ran SCCA performance rallies first with a beat-up Datsun 510, then a Nissan Sentra SER, and was very good at it. "I've always been a bargain racer," he says. "I'd buy people's used rally cars and try to beat them with them. The Sentra was a press car that Nissan had retired and turned into a rally car." Today he scratches his racing itch driving Mazda Miatas in beater-car 24 Hours of Lemons series events.
The magazine job brought him into regular contact with car-company people, which led some 15 years ago to an opportunity with Mazda in a small "product excellence" group whose mission was to "harmonize the cars by guiding the team that develops them to get everything right for the U.S. market—a very broad mandate with a lot of influence but no authority. What I'm doing now is still largely that but more formalized and specific to certain areas of the car."
As vehicle dynamics manager, Coleman's primary areas are steering, handling, ride, brakes, active safety systems, and NVH (noise, vibration, and harshness), with some involvement with powertrain and HMI (human/machine interface). We chatted with him in a new CX-30 after spending most of the day driving one on mostly twisty two-lane roads. 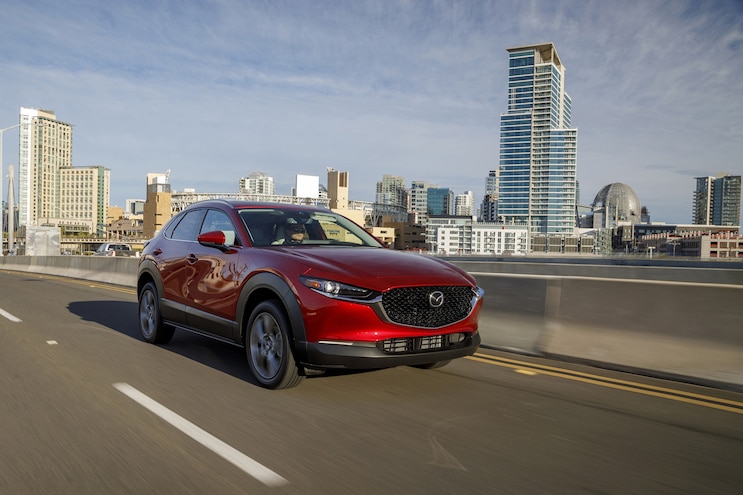 View Photo Gallery | 4 Photos
Photo 3/4   |   2020 Mazda Cx 30 Car To Car 4
Truck Trend: What are your top priorities?
Dave Coleman: The main thing we're trying to do is balance steering, handling, and ride vs. active safety systems that can interrupt your control of the car, trying to find the ride/handling balance sweet spot that's right for all drivers on all roads. One big project that we launched with this vehicle is Off-Road Traction Assist, which came out of camping trips a couple of years ago with friends with Land Cruisers and 4Runners. I borrowed a CX-5 AWD prototype from work, threw in my camping gear, and followed them way up into the mountains on roads that nobody thought a CX-5 could manage, and it was far more capable than we thought. So we figured out how close we were to the capability we wanted, what we needed to tweak to get there, and talked some guys in Japan into putting together a team to do a cross-functional program. The guy who invented G-Vectoring Control is the guy who I roped into designing this off-road mode because it was another system where we had to grab people from different teams to work together to make it work. This is our first car to have that system.
TT: How does it differ from others?
DC: Our focus is always trying to make things simple and direct. A lot of cars have a mud mode, a sand mode, a rocks mode, and you get out there and say, "Which is this? It's muddy rocks." Also, a lot of systems reduce engine torque to manage wheel slippage, so you end up mashing it and waiting for the system to sort it out. We try to keep direct throttle control with controllability to manage obstacles much more easily than some others we've driven.
TT: A lot of vehicle development is finding the best balance between conflicting priorities—fuel efficiency versus performance, comfortable ride versus agile handling.
DC: Yes, finding that balance. For example, in developing the off-road mode, we did a bunch of trips up to a trailhead or whatever, and 99 percent of the way, we drove on twisty mountain roads where it's really fun to drive. That's our core brand DNA, so we want to make sure that whatever we do to make it better off-road does not sacrifice on-road capability. 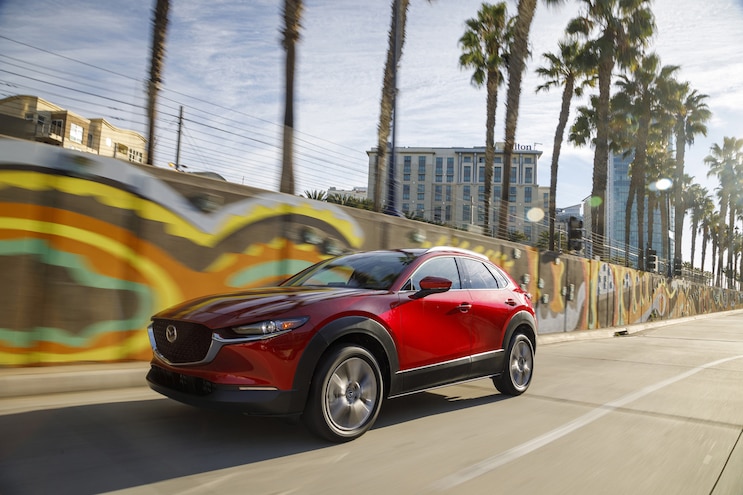 View Photo Gallery | 4 Photos
Photo 4/4   |   2020 Mazda Cx 30 Car To Car 3
TT: What was the biggest challenge in getting this car to where you wanted it to be?
DC: We had a surprising amount of difficulty getting the steering and handling dialed in. It's an inch lower in Europe and Japan, and you would think that raising a car an inch wouldn't make that much difference. But getting to that linearity where you turn in with the right pitch, then roll, entering a corner, smoothly and linearly, takes a lot of fine-tuning. The lower-ride-height European car was good, but we could not get this American version to work right. We did finally sort it out with some tweaks to the axles. There's always some surprising challenge that you don't anticipate, usually very subtle stuff. A lot of what we do, in fact, is so subtle that almost no one notices it—those little details that all add up to make it feel right.
TT: Why did that present such a challenge?
DC: One of the issues with this new platform was making it work this well with its torsion-beam rear suspension. That was controversial because we're trained to expect that a multilink is what we want, and a torsion beam is inferior. But there's been a change in philosophy around simplifying the geometry and switching to a softer-tire/stiffer-bushing strategy while maintaining that balance with sharp, direct steering response.
TT: Any major advantages over the competition?
DC: Almost always, the story with Mazda is that there is no spec sheet item or feature that is our strong point. The total driving experience is our strong point. I don't think you'll find another vehicle in this segment that has this drivability, this comfort level, this quietness, this capability all in one package. We do happen to have the most powerful standard engine in the segment, but that's not typically how we play it.
TT: You could offer the turbo engine for more power.
DC: [Laughing] What a great idea! Let me write that down.