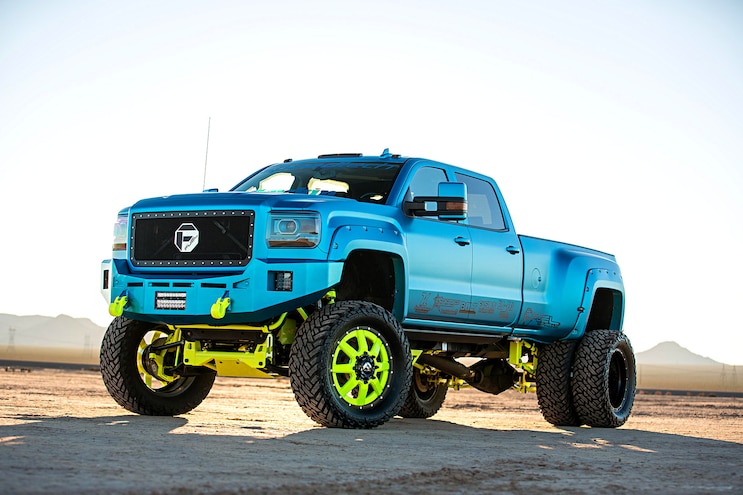 Time waits for no one. Proper time management can make or break any project, whether it’s ridding the garden of those pesky weeds, pouring concrete for a driveway, assembling a cabinet from IKEA, or building trucks. Even the high-paid corporate jargon-spewers say the best way to tackle any project is to have a game plan and to stick with your schedule no matter what. But proper time management may not be enough. Even the best planners often fail to set realistic goals for the time they have. Rome wasn’t built in a day, and trucks cannot be built in a day, either. 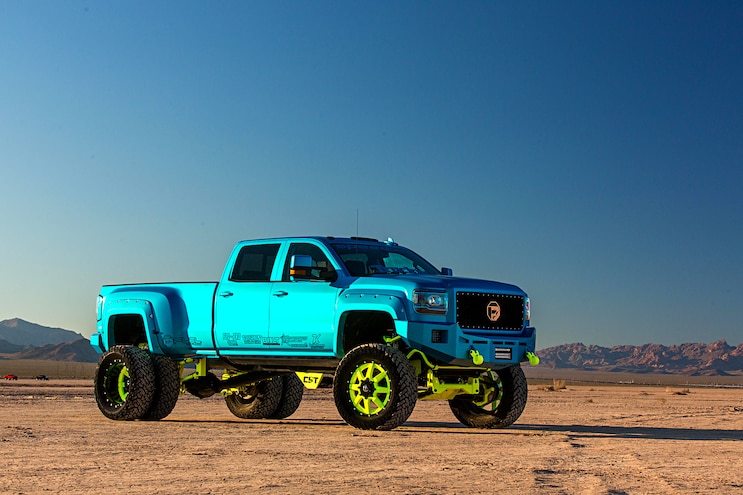 View Photo Gallery | 13 Photos
Photo 2/13   |   2015 Gmc Sierra 3500 Ocean Shimmer Wrap Front View
When a well-thought-out plan is given to a team of proficient builders who have gone through a few rodeos, the outcome can be quite amazing. And the ever-expedient shop techs over at Speedtech Racing Development in Saskatoon, Saskatchewan, Canada, know a thing or two about building show-quality trucks that perform out in the real world and how to crank them out. This beast of a 3500 was completed in about four months. Just a little over 16 weeks was all it took for this dualie to go from stocker to shocker. That was due to having a proper schedule, a team of techs dedicated to completing the project, and a strict adherence to time management. Lots of long days, minor setbacks, and late nights were handled with hard work and a great big checklist that was methodically and systematically thinned out.
When the 3500 arrived in “Paris of the Prairies” (as the locals call the town), Speedtech owner Shawn Helmer laid out a timeframe and delegated responsibilities to establish a clear path of completion. First on the list was to handle the suspension, and they called CST to have a 8- to 10-inch kit installed on the front, while the rear received a Kelderman four-link-enabled 10-inch kit. Speedtech builds a fair amount of heavy-duty work and lifted trucks equipped with the Hadley electronic control systems, as they are built to take the abuse, and this ’15 was no different. It was meant to look good, but to also be taken back to the shop after the show season and put in its time. 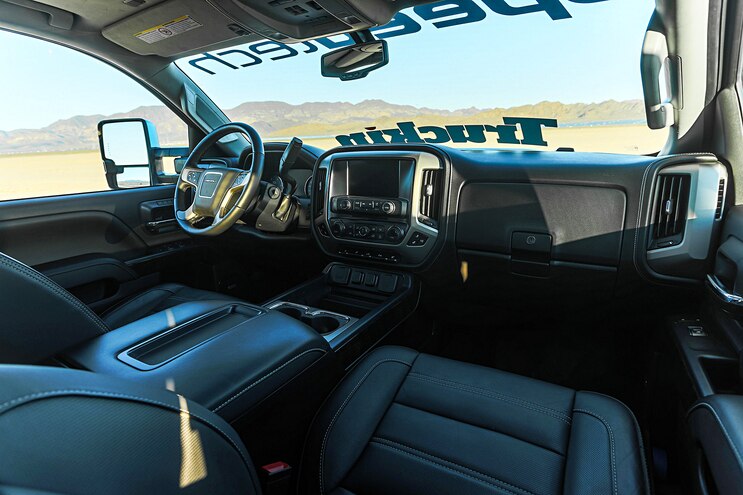 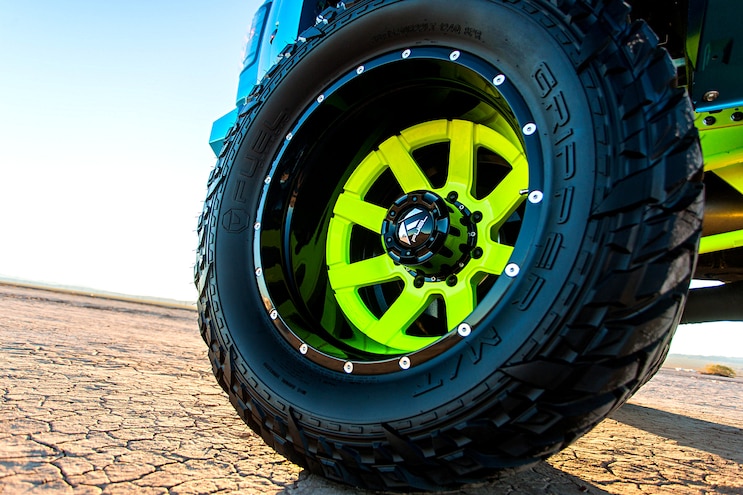 View Photo Gallery | 13 Photos
Photo 4/13   |   2015 Gmc Sierra 3500 Wheel And Tire
Second was to rip into the engine bay. That 6.6L already put out a healthy 397hp and 765lb-ft, but the Speedtech boys felt that wasn’t enough. They added a PPEI tuner, aFe Stage II intake kit, and for the exhaust setup, turned to a source they’ve used on many previous builds FloPro Performance for its 5-inch turbo back exhaust. Putting all those ponies to good use is a beefy six-pack of rollers taking the form of 22x8.5 Fuel two-piece Mavericks with 38x15.5x22 Fuel Mud Grippers.
The exterior received a lot of attention. The first thing you’ll notice is the many square feet (or centimeters, in this case) of 3M Satin Ocean Shimmer wrap laid down to accent the Highlighter Yellow powdercoat gracing the frame and suspension parts. The interior and stereo was conspicuously left out due to a disagreement with the installer, but that managed to work out in Speedtech’s favor, as this truck was used to its fullest extent towing and hauling. The Rigid Q Series lightpods, in particular, came in handy when hooking up trailers at night. View Photo Gallery | 13 Photos
Photo 6/13   |   2015 Gmc Sierra 3500 Ocean Shimmer Tow
Attention to detail is what sets Helmer and the crew at Speedtech apart. Their builds are designed to be functional, pleasing to the eye, and most importantly, balanced. They add just the right amount to enhance their rig’s natural abilities without pushing the build too far in one direction. It has to look amazing going down the road, win awards at a show, and pull a load out in the real world. “We build trucks that flow” Helmer says. “Our builds follow the natural lines and abilities the truck already had, but we just make it go faster, look better, and work harder than when it first came to us.” The name might confuse some, but Helmer explained his truck was so noticeable whenever it was out on the road, the social media postings went off the charts, calling out its location whenever it rolled by. 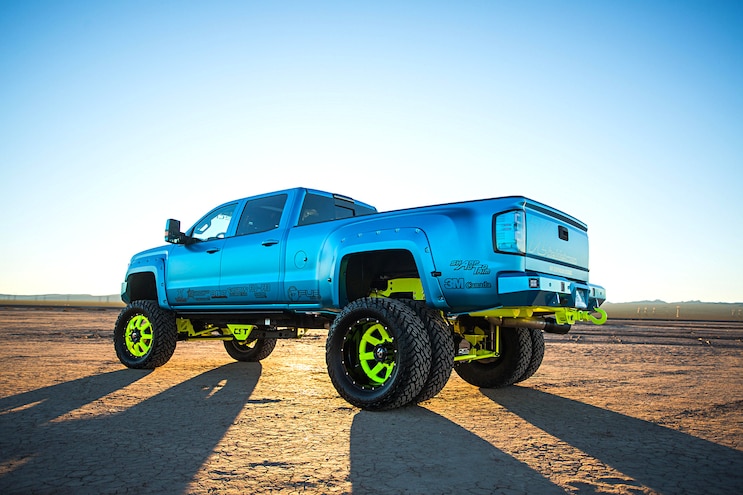