Get Big, Get Lifted! 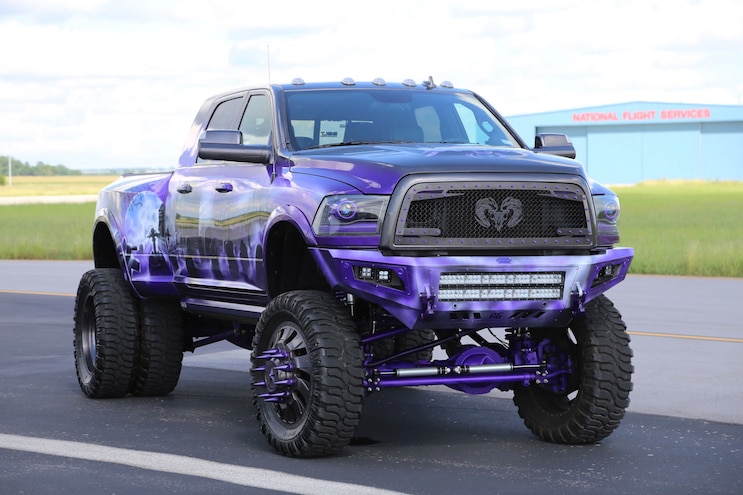 There's almost nothing greater than a beautiful big lifted dually. These trucks are the biggest of the big, largest of the large, and are just glorious rolling down the road. Here we've compiled a group of our favorite lifted dually trucks from the Truck Trend Network archives. They are shown in no particular order. Want to see more? Click on the 8-Lug HD Truck tab at the top of this page and go nuts! 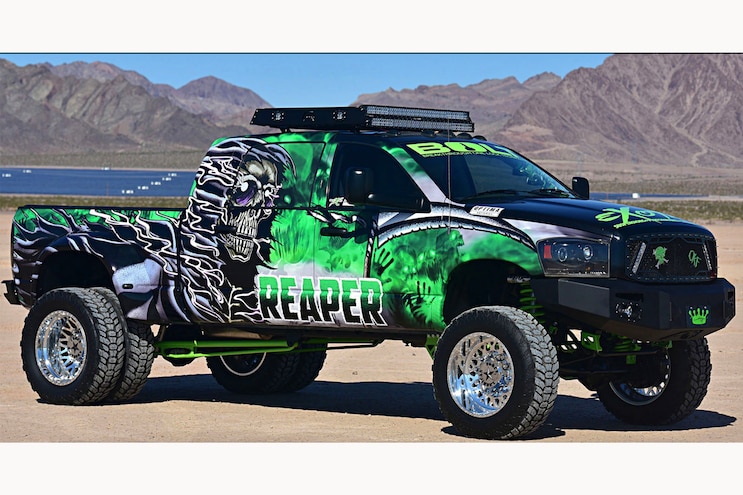 They say everything is bigger in Texas, right? Well check out Kenda Lees' lifted Dodge Dually while you're cruising around the areas near Midland-Odessa, Texas. Kenda, is the proud owner of the Reaper, a decked-out 2006 Dodge 3500 dually. 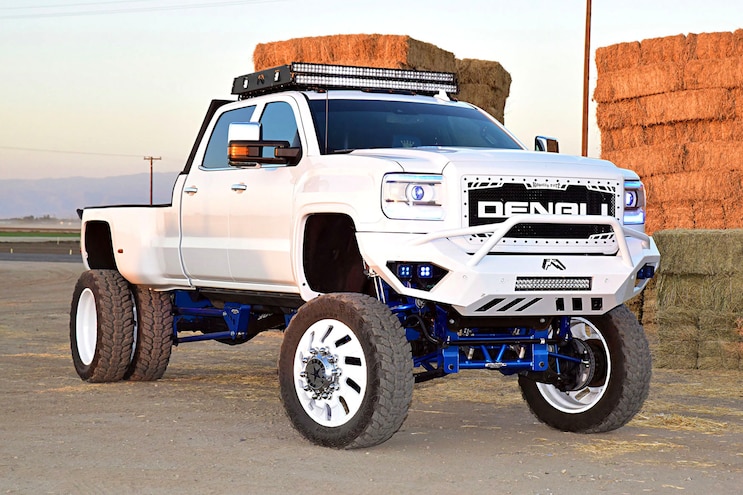 Travis Fugitt, the keeper of Fugitt Farms in Bakersfield, California, brings us one wild, highly modified, farm-functional '16 GMC Sierra 3500HD Denali, a vision that was created in January 2016 by friend Cris Payne. Travis purchased his GMC in June 2016 and began to map out the build. By August, the truck was placed in the 2016 SEMA Show, so the crunch was on! 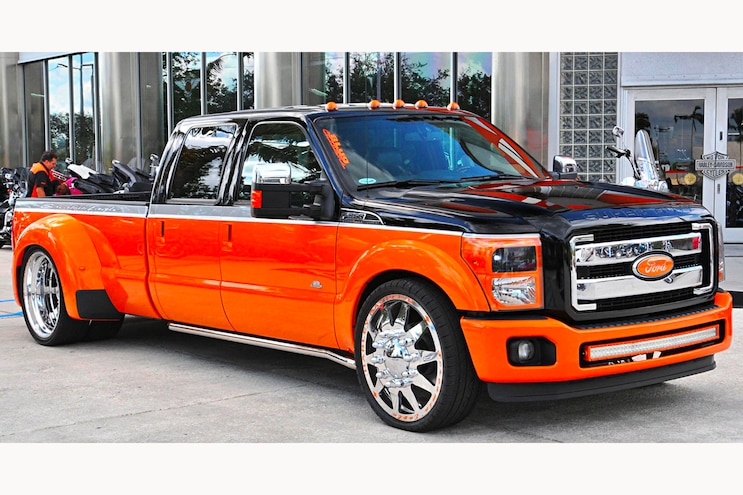 If imitation is the sincerest form of flattery, then we know the crew at 8 Lug Customs in West Park, Florida, must be big fans. Equally intrigued with the title of the magazine and lifted trucks, owner Julio Paez, shop manager Jorge Martinez, and fabricator Adalberto Cabeza have been turning out cool custom vehicles for a long time. Julio originally started with Mustangs but switched to lifted trucks about the time that 8-Lug magazine hit the market. 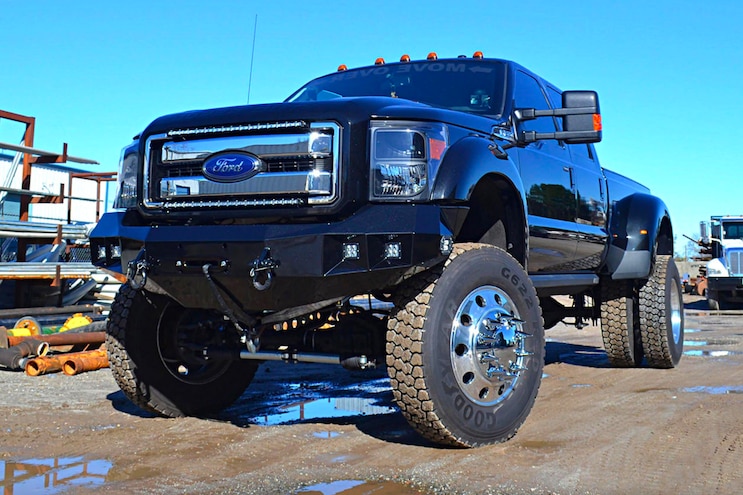 After the initial shock caused by the elevation and 22.5-inch big rig wheels on Carl Fick's '15 Ford F-350, people usually peg his rig as just another "show truck." In reality, however, Carl's large-and-in-charge ride is used daily as a workhorse and is filled with one-off owner-built parts and cool ideas that separate it from the pack.

Something wicked this way comes. And by wicked, we mean cool, mixed with a healthy dose of dark and sinister, thanks to the ominous, ghastly, custom-airbrushed paint. Indeed, the '16 Ram 3500 Mega Cab dually owned by Joey Chavarria is a sight to behold—a whole lotta truck with those dually hips and Mega Cab configuration—which pictures just don't do justice. 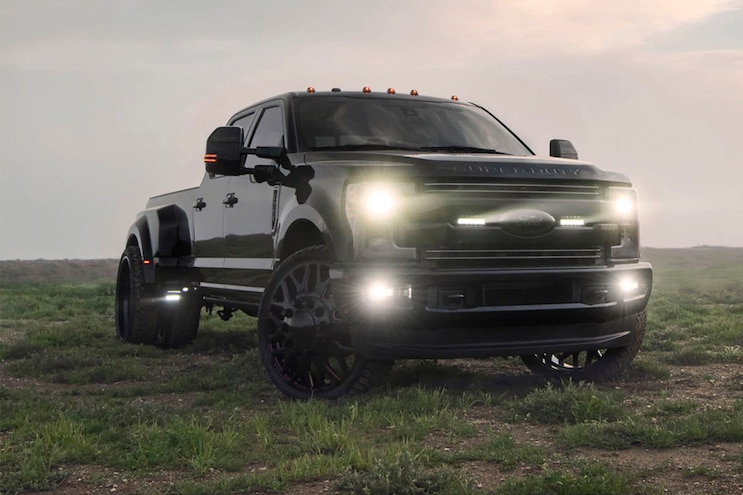 Amid all the ostentatious bling and ridiculousness of the SEMA Show's central hall, it's super easy to miss some really outstanding builds. A true testament to a vehicle's placement and uniqueness is that, with a short description, you can say Oh yeah, I know exactly which vehicle you're talking about. Case in point: lowered black Super Duty on 28s in the Ford booth. 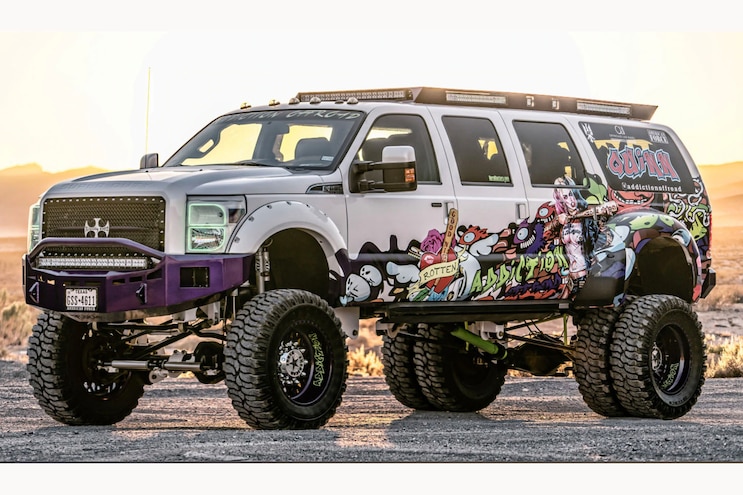 Every once in a while, a feature crosses our desks that just leaves us jaw-dropped and scratching our brows. This specimen certainly counts as one of them—introducing Quinn, owned by Pete Alongi of Addiction Offroad in San Antonio, Texas. We all know Texas serves up full-blown, bigger-than-life custom trucks, but this takes that stereotype to the extreme. 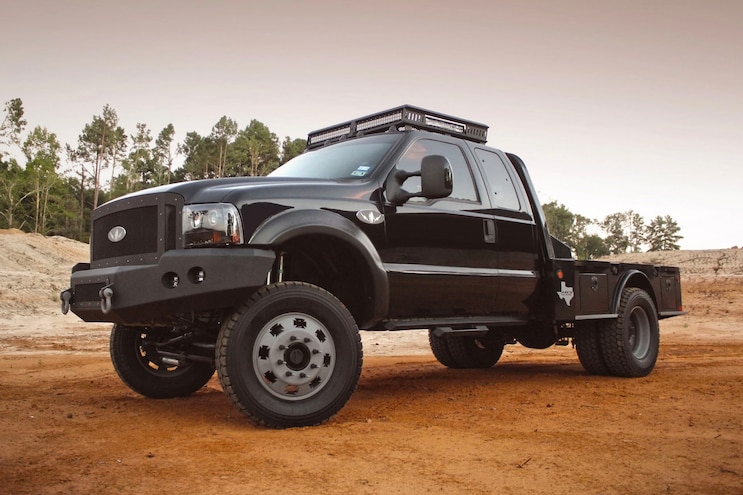 Jesse James, currently living in Austin, Texas, reached out to Jason Naron of Jays Fine Line Rigs Offroad & Performance about getting his '02 Ford F-450 Super Duty dually built with some style to showcase what a true Texas work truck looked like—with a touch of that show quality Jason is known for, of course! 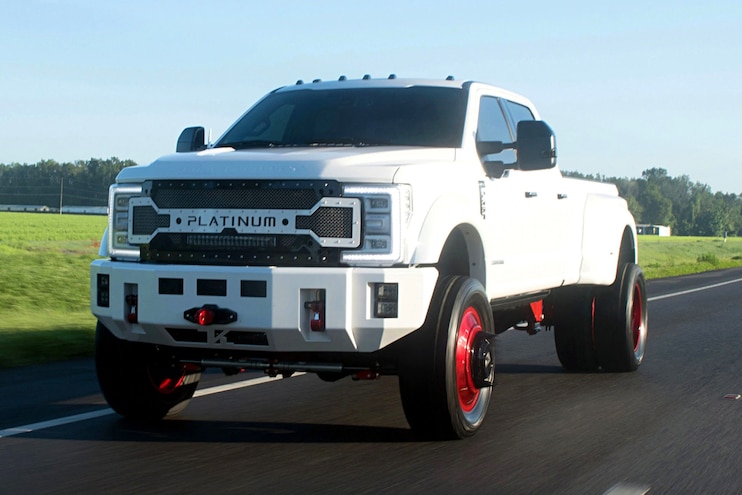 Jeff Scofield is quickly becoming a household name - that is, if your household revolves around fast cars, lifted trucks, custom builds, and performance. A few of his creations have already graced these very pages in the recent past. Remember the F-250 named "Impulse"? We like big trucks and we cannot lie. Austin O'Krinsky, one of the owners of Extreme Offroad and Performance, cranks out some insane big truck builds worthy of shows such as the huge, invite-only SEMA Show held in Las Vegas every year, the show that many companies build to show off just what they're capable of.