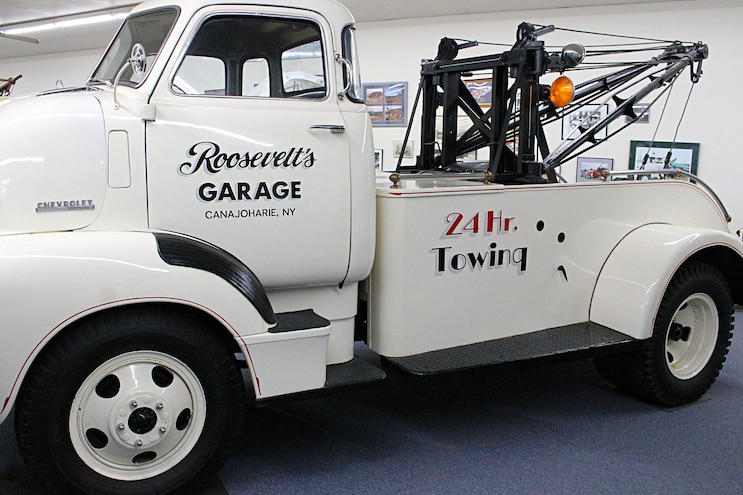 The International Towing & Recovery Museum (internationaltowingmuseum.org) pays homage to the huge role tow trucks and wreckers have played dating back to the beginning of the automobile. This sector of automotive work is something that has typically been taken for granted—but those days are in the past. Whether it’s a mom who (along with a van full of kids on the way home from a soccer game) gets a flat tire or runs out of gas, two vehicles that need to be pulled apart at the scene of a collision, or a tour bus or giant military vehicle with a mechanical failure, the tow trucks and tow truck operators that respond to the needs of all types of vehicles are honored at this museum located in Chattanooga, Tennessee.
Before entering the museum, be sure to step across the parking lot and read the names listed on the Wall of the Fallen. Started in 2006, this vertical slab of granite lists the names of those who lost their lives attending to the needs of stranded drivers and their vehicles. It is updated once a year, and to date there are 392 names on the wall. Here is an unbelievable fact: A tow truck operator loses his or her life while helping stranded motorists on the average of one every six days. The greatest cause behind these fatalities is that motorists do not slow down or move over when they see a tow truck operator rendering help. Long story short—give these men and women a break; slow down and move over.
The museum opened its first permanent structure in 1995. It moved to its current state-of-the-art facility in 2003, where it houses a whole host of fully restored vintage wreckers. Its Hall of Fame identifies more than 200 people from around the world who have made contributions in some substantive way to the towing and recovery industry. You might ask why this museum is located in Chattanooga, and the answer is this: The first wrecker was built here in 1916 by Ernest Holmes. That’s right, the tow truck turns 100 years old this year. It was called the Holmes 680 because it sold for $680. The second model was the Holmes 485, which sold for $485. A replica of the Holmes 680 is in the museum on display. It’s mounted to the chassis of a Locomobile. Ernest Holmes went on to design, build, and sell the aftermarket towing/wrecker boxes with booms and winches up until the 1970s. Several different Holmes models are on exhibit in the museum. 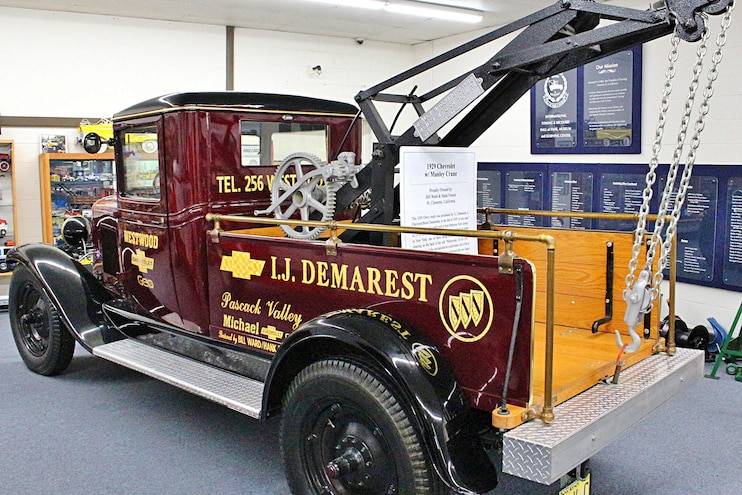 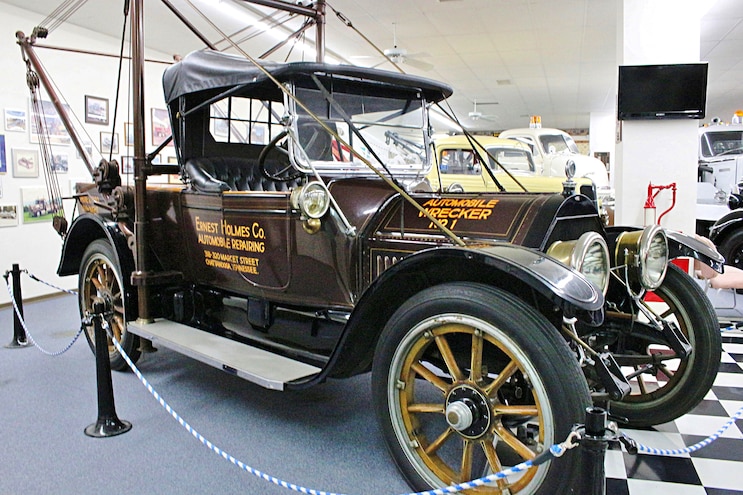 View Photo Gallery | 11 Photos
Photo 3/11   |   Lazelle Jones 1st Wrecker Built Replica Original Box
Originally, tow/wrecker boxes were added to converted limousine chassis because they were heavier duty than a standard automobile chassis and had greater prowess under the hood. Exhibited in the museum are several examples of these, including a Holmes 680 built on a Packard limo chassis and one that was built around a Cadillac chassis.
All the exhibits are unique. There is a WD45 military wrecker that was part of the Red Ball Express and supported General Patton during the Allied victory in Europe in 1944 and 1945, as well as the world’s fastest wrecker, a Chevy Silverado, which averaged 109 mph and reached 130 mph on the straightaways at Talladega Superspeedway in 1979. The speed run had to be stopped because the tires were melting off the wheels. Another exhibit is the world’s largest mechanical wrecker, which has a boom capacity of 70 tons. Only four were built, and only this one remains.
The museum showcases a unique assortment of truck chassis that have had wrecker/towing boxes added to their chassis. Classic truck chassis/wreckers include a ’48 Chevrolet COE truck chassis with a Holmes 515 on the back. There’s a ’47 GMC Bubble Nose that was first used to haul beer for the Pabst Brewing Company before it was converted to a wrecker to retrieve school buses and then abandoned in the countryside of Wisconsin because a replacement water pump could not be found. It took two years of dedicated searching during the restoration of this Bubble Nose to finally find a replacement water pump. As you wander through the museum, you’ll find a 3-ton ’37 Chevy wrecker and a ’52 Ford F6 with a Holmes 460 box on the back, along with a legion of tow truck exhibits that provide the voyeur in all of us the opportunity to return to the times and the classic lines of many of the trucks that helped build America. 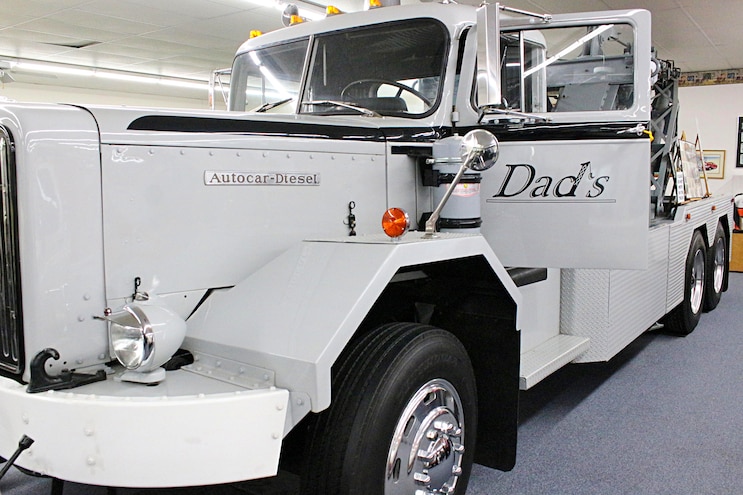 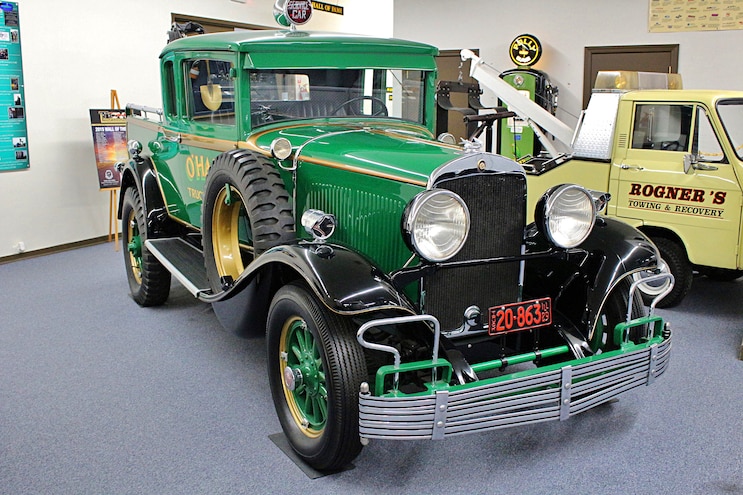