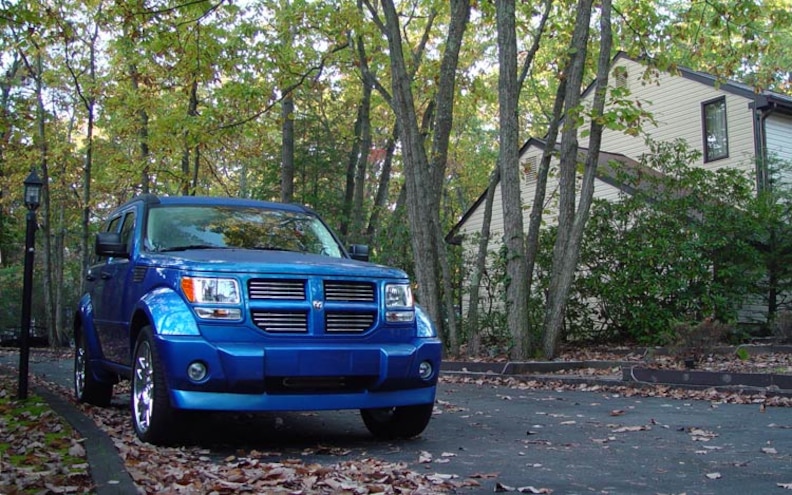 View Photo Gallery | 13 Photos
Photo 2/13   |   2007 Dodge Nitro Rt front Grille View
The Beatles never reunited. Nor has SCREAM, a little band from Cherry Hill, New Jersey, that played their last gig in 1975. While not as socially significant as a Beatles reunion, the thought of participating in a rock reunion with my old high school buddies was irresistible. After brushing off 20 years of musical inactivity, all the exaltation and exasperation of playing live returned.
One burden for local rock bands is the necessity of hefting and hauling gear to practices and gigs. In high school, at least one member, or his parent, had to have a pickup, station wagon, or van. Today, 30 years on, the same rules apply.
For this adventure, the Dodge Nitro R/T is a perfect fit. Its snazzy looks and tough-guy appeal are augmented by its cargo/passenger versatility. The 4.0L V-6 with the full-time 4WD option may come in handy should the weather turn nasty. 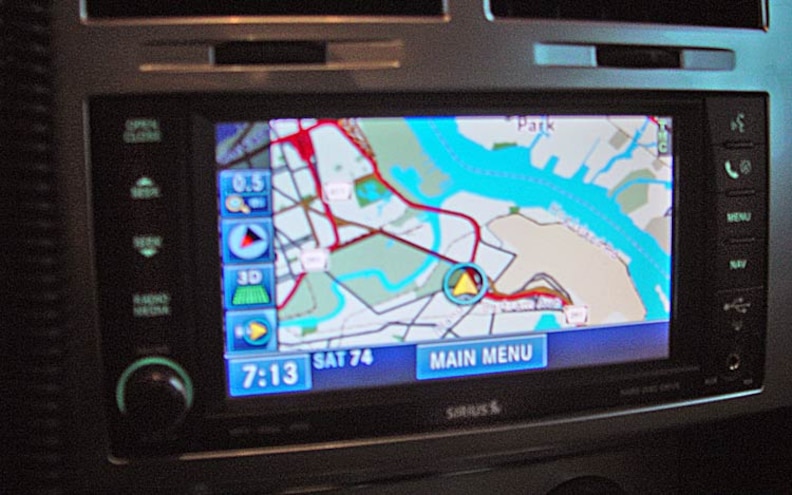 View Photo Gallery | 13 Photos
Photo 3/13   |   2007 Dodge Nitro Rt gps
The reunion has a rocky start with a missed flight and misdirected baggage. Upon arrival, I face over 30 miles of convoluted freeways, turnpikes, and two-lane throughways between the Philadelphia airport and my final destination in New Jersey. The Cobra GPS, tucked away in the lost baggage, could not help. Fortunately, the brilliant Electric Blue Pearl Nitro R/T waiting for me has the MyGIG multimedia option with integrated GPS navigation. Though some landmarks are familiar, even after a 30-year absence, navigating through South Jersey at night could be a nightmare without guidance. The commentary emanating from the guidance system is comprehensive, with regular warnings and specific details. 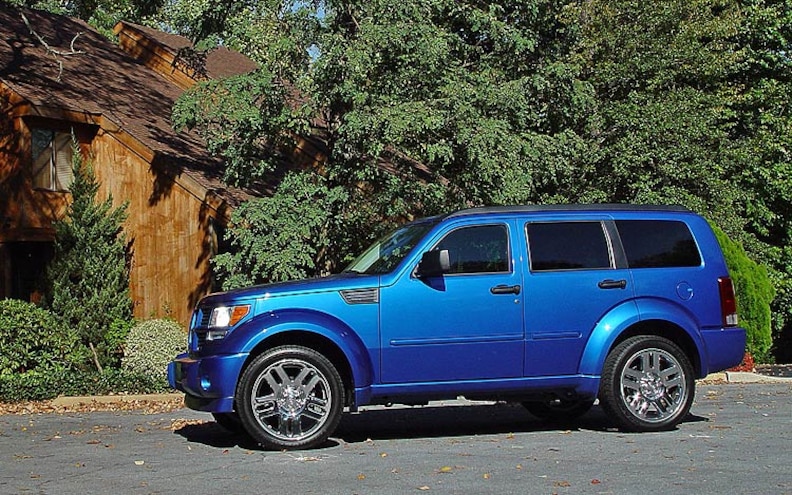 View Photo Gallery | 13 Photos
Photo 4/13   |   2007 Dodge Nitro Rt side View
Once settled in, a walk around the NItro shows it's decked out with several other options including rear seat video system, Sirius radio, eight powered speakers and subwoofer, remote start, power sunroof, alarm, and trailer tow package. The bright 20-inch chrome-cast aluminum wheels are shod with the Goodyear Wrangler HP tires. The big 7.5-inch-wide skins require more effort to steer and tend to wander on the New Jersey freeways.
During the intervening days before the gig, there was time for sightseeing and reminicing. Passenger impressions range from good to delighted during two extended drives. Visibility, appearance, and comfort are the primary motivator for positive commentary. Everyone seems bemused about the unusual, globular, aluminum door-release handles inside the cabin.
Comments on the exterior are also favorable, but with some caveats. The blue pearl paint is an instant hit, but the big, shiny chrome wheels lower the favorable demographic by 15 years or more. The R/T's aggressive mug, with front air dam and body-color grille with chrome accents, sets it apart, from the more pedestrian SXT or SLT. 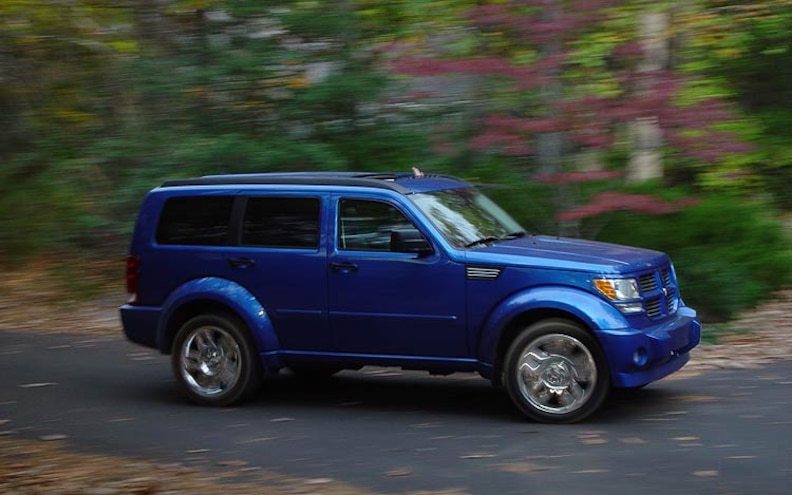 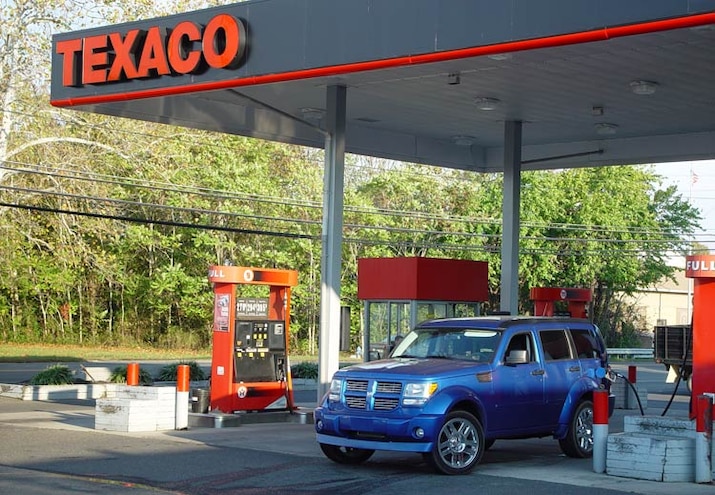 View Photo Gallery | 13 Photos
Photo 6/13   |   2007 Dodge Nitro Rt front View
The 4.0L SOHC V-6 engine and A580 automatic five-speed overdrive trans, standard in the R/T, pushes the Nitro through East Coast traffic at a brisk pace. The Electronic Range Select (ERS) allows manual shifting from the Drive position by moving the shifter left or right of center. At the base of the shifter lies the drive mode knob offering two- or four-wheel drive. The weather is unseasonably warm, i.e. no snow, but an excursion down the sandy roads of the famous New Jersey pine barrens makes great use of the 4WD system, Wrangler tires, and ERS.

View Photo Gallery | 13 Photos
Photo 7/13   |   2007 Dodge Nitro Rt rear View
The gig is Friday, so Thursday night equipment is moved to the venue for an on-stage sound check. The Nitro's box like interior, fold-flat second-row seats, and sliding cargo tray make loading the heavy gear a snap. The Dodge swallows a Marshall 4x12 cabinet, Marshall 100-watt head, Hartke XV3500 4x10 combo bass amp, Roland BC-60 Blues Cube amp, microphone case, two gear bags, my Dot On Shaft Quay-Zar guitar, Kepur strap, assorted pedals, Core One cables, and stands with room to spare for a passenger to stretch out up front. The slick cargo floor eases loading, but lets the cargo scoot around while turning and under braking.
The MyGIG Multimedia Infotainment radio is exactly what a modern working musician might order. It offers a standard AUX input along with a USB port to access the built-in hard disc drive that can store/read MP3, JPEG, and WMA files. The system packs quite an audible punch, but even with the amplified speakers it peaks out before getting loud enough to rattle my eyeballs.

View Photo Gallery | 13 Photos
Photo 10/13   |   2007 Dodge Nitro Rt SCREAM Playing On Stage
It's Friday, and it's show time. We arrive at Malley's in Glouster City, New Jersey, to a packed house--the result of bass player Brian's unrelenting promotional effort. Unfortunately, in-house sound man problems delay the start of the show by over an hour. The gig starts late with many of the glitches resolved. Additional problems creep up throughout the night and into the early morning. SCREAM finally plays their set--the third of the night. Both bands takes the stage for the last two songs and the final note rings out at almost 2 am, two hours late. Phew!

View Photo Gallery | 13 Photos
Photo 11/13   |   2007 Dodge Nitro Rt SCREAM Playing On Stage
Sure, the result isn't the stuff fantasies are made of, but, it's definitely fodder for legends. I'm thrilled to be part of it with my friends. And, despite all the miscalculations, missed flights, and mistakes that have popped up throughout the week, the Dodge Nitro R/T has never let us down.

View Photo Gallery | 13 Photos
Photo 13/13   |   2007 Dodge Nitro Rt SCREAM Playing On Stage
To Learn More...
To learn more about New Jersey and the people behind this road trip check out these Blogs:

- OF
By Thomas Voehringer
49 Articles