Travel & Adventure: Touaregs Rally for Fun and Sun on the Rocks

It's rare to find a brand that creates friendships that span the U.S., but Volkswagen has nurtured that type of atmosphere for decades, one that continues with the Touareg. 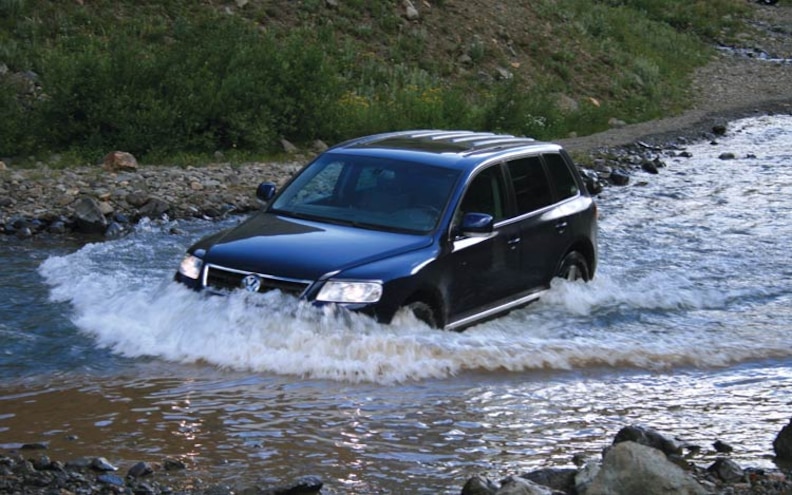 View Photo Gallery | 12 Photos
Photo 2/12   |   2007 Volkswagen Touareg Ralley
In 2004, Jerry Smith of Crested Butte, Colorado, came up with the idea of getting Touareg owners together to take these exceptional vehicles on an organized off-road trail adventure. The idea stuck and Chris Hammock of Evergreen, Colorado, ran with it, organizing the Touareg Off-Road Rally. Through enthusiast Web sites like www.club-touareg.com and www.vwvortex.com, word of this group of SUV owners and where they journeyed quickly spread. "One of my biggest surprises was how easy it was to convince owners of $55,000 SUVs to take them off-road," says Chris. 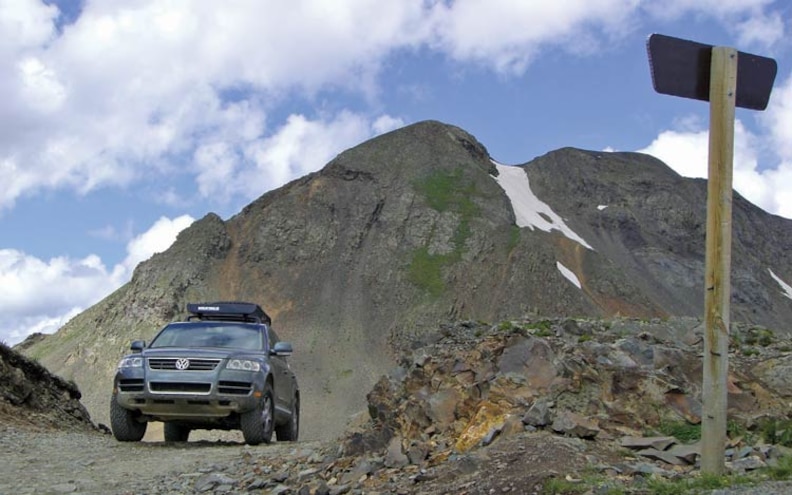 View Photo Gallery | 12 Photos
Photo 3/12   |   2007 Volkswagen Touareg Ralley
Thanks to word of mouth and great pictures from the event, it got even bigger in 2006. The rally base location changed to Ouray, Colorado, and Volkswagen of America stepped up its involvement by sending the winning Pikes Peak International Hill Climb V-10 TDI Race Touareg and the new V-6 FSI-powered twin to the rally. The 2006 event brought an increase in participants, with ralliers representing North Carolina, Florida, Texas, Colorado, California, and Washington. 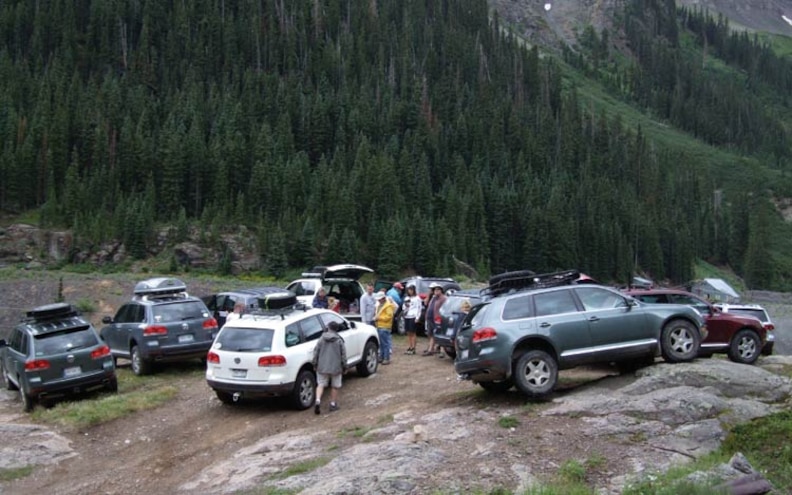 View Photo Gallery | 12 Photos
Photo 4/12   |   2007 Volkswagen Touareg Ralley
Rally #4 turned out to be the biggest yet. Nearly 20 Touaregs roamed the trails, filled with dozens of people who'd planned annual vacations to trek to the small town of Ouray for a week of shaking, rattling, and rolling through the mountains of southwest Colorado. This time, VWoA sent a new 2008 V-8 FSI-powered Touareg 2, showcasing its changes.
The Rally started with a "get to know me" dinner, but the rest of the week was solely about trail rides. On the agenda were trails with names like Corkscrew Gulch, Hurricane Pass, California Pass, Animas Forks, American Basin, Yankee Boy, Governor's Basin, and Engineer Pass. Everyone had to deal with muddy conditions on Corkscrew Gulch. In fact, our route guide couldn't make it up a particularly sloppy section of trail and advised us to turn back, but determination and capability got us up the hill. 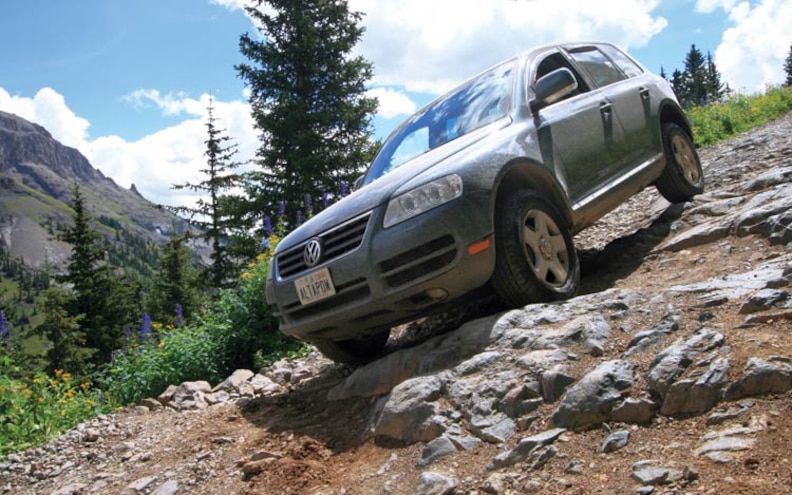 View Photo Gallery | 12 Photos
Photo 5/12   |   2007 Volkswagen Touareg Ralley
Yankee Boy and Governor's Basin proved toughest. Narrow paths and jagged rocks kept drivers and spotters on alert. Some bad weather came in, and we punctured a tire. There's nothing like a tire change at a steep angle in a hailstorm with lightning striking nearby to get folks to move quickly. We ran into many skeptics on the trail (mainly Jeep owners) who didn't think the Touaregs could tackle what was playing out in front of their own eyes. Some were gruff and others curious, but all were impressed in the end.
After severe weather, tough trails, and a lot of fun, old-timers and rookies alike were impressed with the Touareg's capability. The scenery and challenging terrain will surely bring even more Touareg owners to Ouray next year.
About Ouray
This picturesque town south of Grand Junction, Colorado, is affectionately nicknamed "the Switzerland of America." With its beautiful scenery, hot springs, hiking, four-wheeling, ice climbing, and mining history, there's never a shortage of things to do or see year 'round in Ouray. For more information, visit Ouray's official Web site at www.ouraycolorado.com.

- OF
By Jason Peters
1 Articles