Towing Rules and Regulations Throughout Canada

Tow Canada: Hauling in Our Home and Native Land 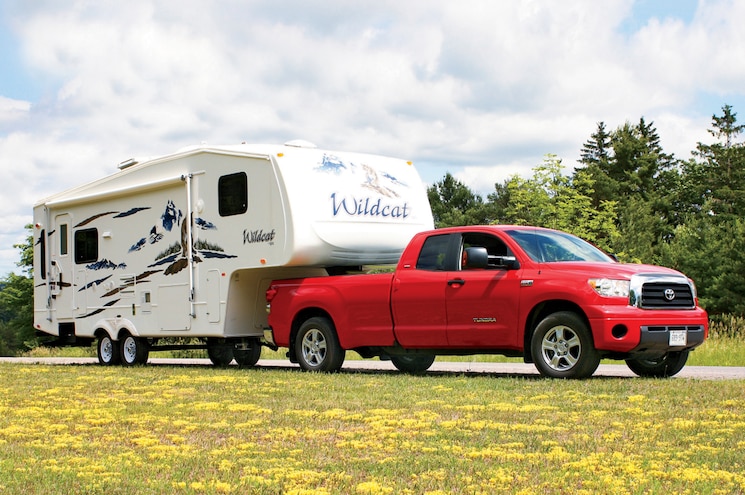 We know that when it comes to towing in Canada, not only are the laws not the same as in the United States, but they aren't consistent throughout Canada. Still, that shouldn't stop people from towing a trailer north of the border. We asked proud Canadian, fellow journalist, and towing enthusiast Howard Elmer to clear up some of the confusion. He put together a terrific series of charts that serve as a basic guide for tow vehicles and trailers in each province and territory. They include maximum dimensions, braking requirements, speed limits, and more. Enjoy! -- Editor.
Most truck owners tow. And if you do, chances are you sometimes tow a recreational vehicle. That might mean heading north to Canada, eh? Canadians share a common language with Americans, watch all your TV shows, and offer a coast-to-coast scenic wonderland of natural beauty. However, despite our reputation for being nice, when it comes to government legislation, our laws can be as confusing as those of any other world jurisdiction. With a strong federal government and 10 rambunctious, willful provinces (not to mention three territories), we rarely agree on anything. Throw in the whole French thing, and our towing laws are a bit wonky. In fact, the only thing we agree on countrywide is that trailers can't be more than 8 feet, 5 inches wide. 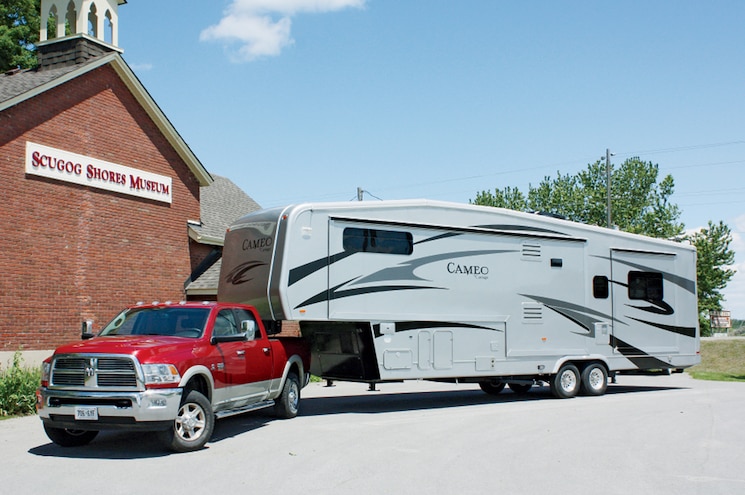 "The bigger the trailer, the more potential towing hazards exist. For safety's sake, know the rules and follow them."

In the very popular Rocky Mountains of British Columbia, for instance, brakes are required on any trailer above 3000 pounds gross. So you have to calculate the empty weight plus the trailer's contents. However, there is another wrinkle: If the trailer and load weigh more than 50 percent of the tow vehicle's gross weight, it has to have brakes, too. Looking at this in reverse, the 3000-pound limit means your tow vehicle must weigh at least 6000 pounds. That's the weight of an average Ford F-150. If you tow with a Toyota Tacoma, you might need to have brakes on a trailer that weighs no more than 2000 pounds gross. What else will B.C. ask of you? An electronic breakaway switch is required on all trailers equipped with brakes. Brakes are required on each axle of a trailer with the exception of three-axle trailers, where brakes are needed only on the first two. On trailers with a gross weight of more than 6160 pounds, surge-type brakes are not acceptable. As for tow mirrors, B.C. is also a bit picky. The mirrors can't extend more than 8 inches farther out than the sides of the trailer.
At the other end of the country, in the island province of Newfoundland, the maximum weight for a unit without brakes jumps to 9923 pounds -- provided it rides on only one axle. Maritimers do have a sense of humor: A single axle trailer that weighs that much? On any other trailer with two or more axles, brakes are required. But that's about it. Newfoundlanders are not big on rules.
As for the 3000 in-between miles in the country, the rules on max heights vary with Alberta (a mostly flat prairie province) the lowest at 13 feet, 1 inch, with the lowest requirements for trailer brakes at 2000 pounds. 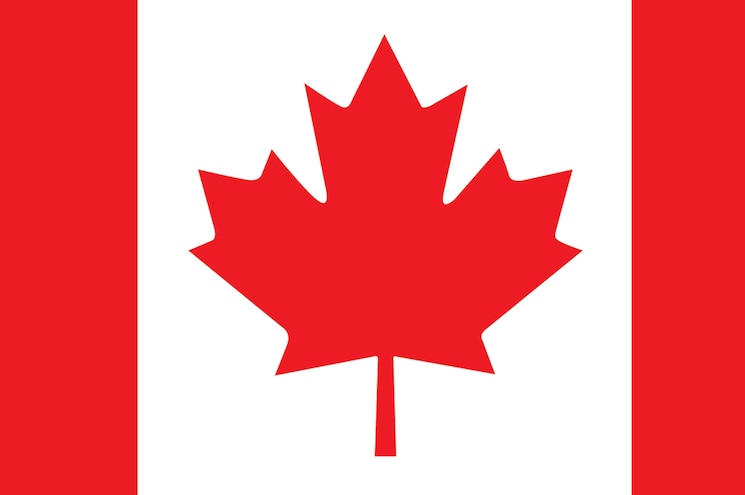 View Photo Gallery | 7 Photos
Photo 3/7   |   Canada Flag
When it comes safety chains, we can't seem to make up our minds either. Most areas require two chains, but four provinces feel one is OK. Want to haul your fifth-wheel trailer and a boat? Triple hookups are fine in Manitoba, but cross into Ontario and you are now towing illegally.
Probably the best thing we have done for owners who tow is that most provinces (but not all) have signed agreements of reciprocity with most American states. This is for licensing only. In simple terms, if you're properly licensed to tow your combination in your home state, most provinces in Canada will accept your license rating as legal, regardless of what the local laws say. (And don't get me started on how messed up our license system is.) Mind you, this also means if you get a ticket up here, your local state government might very well enforce and collect it.
What else should you know before you go?
1. Know your weights. Be able to point out the weights on the fixed inspection plates on trailers and vehicles if asked.
2. Know where you will be traveling and what the local towing laws are. Your driver's license might be covered by reciprocity, but your rig setup is subject to the local Canadian laws.
3. When searching towing information on the Internet, beware. Unless you are on a government-supported website, it's very possible the info you are looking at is out of date. Towing laws are constantly reviewed to reflect changes in the world of trailers and trucks. Look for dates and double check with the department of transport for each province.
4. Metric conversions aren't that tough: 2.2 is the magic number. Multiply kilograms by 2.2 to convert to pounds. Divide pounds by 2.2 to determine kilograms.
5. Those who tow are in general a very responsible bunch. You probably already have the best and safest setup available on your truck and trailer. The police know this, and chances are if you ever hear a siren on a Canadian road, it will be for someone else. So come see us! The Great White North is worth the trip. 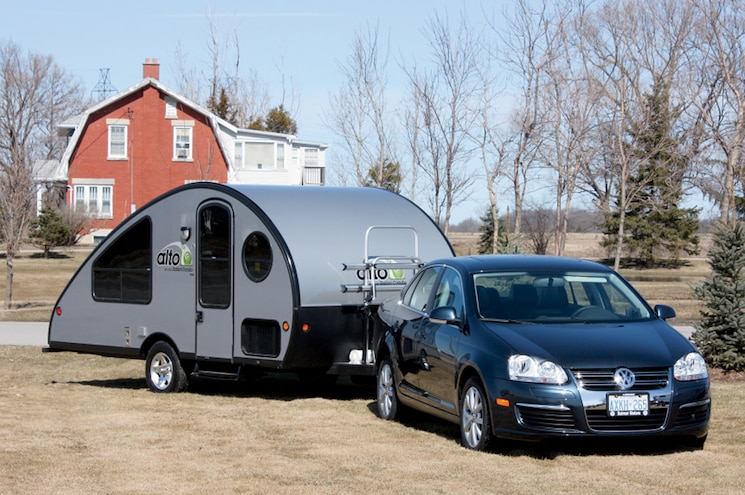 View Photo Gallery | 7 Photos
Photo 4/7   |   Towing is not confined to trucks alone, but even small trailers pulled by small cars are subject to all the same rules. So you can't get around the rules by towing with a sedan.

N/M: Not mentioned N/A: Not applicable *(under review)

- OF
By Howard J. Elmer
2 Articles