What Is the Ford King Ranch? 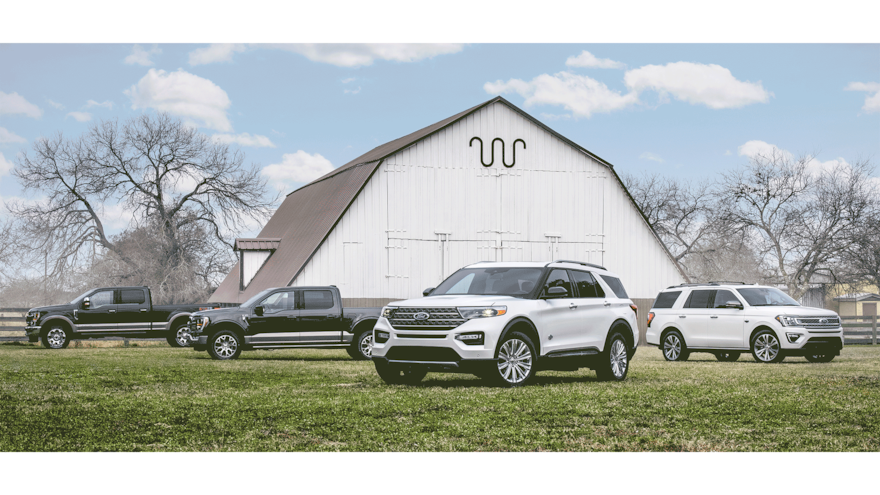 By now we're sure everyone reading this is at least somewhat familiar with Ford's King Ranch trim package. This Texas-ranch-themed package saw its debut with the 2001 F-150 pickup and has been a staple of Ford's lineup ever since, adding King Ranch to Super Duty line in 2003 and then to Expedition in 2005. Today, you can option a 2021 Ford F-150, F-250 Super Duty, F-350 Super Duty, F-450 Super Duty, Explorer, and Expedition in King Ranch trim.
The King Ranch trim typically falls just below the Platinum trim level on Ford's vehicles and can be considered comparable in feature set to the aforementioned Platinum trim in most cases. Ford's King Ranch vehicles receive premium leather-trimmed seating in several shades of brown Elegant wood veneers on the dash, console, and door panels. There's a lot of chrome on the exterior, along with unique 20- to 22-inch wheels (depending on model). And of course, the King Ranch "Running W" logo throughout. Exactly what styling is available differs by vehicle; however, the theme remains consistent throughout. 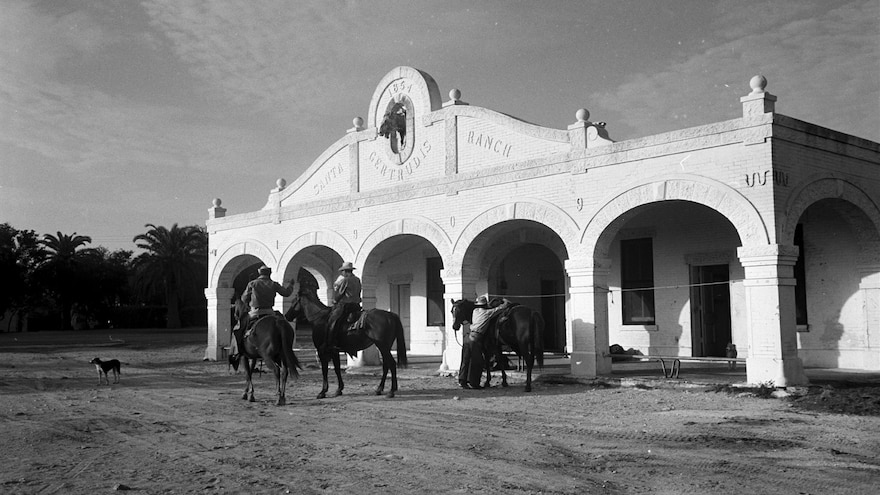 View Photo Gallery | 39 Photos
Photo 2/39   |   034 King Ranch Texas History Getty
Is King Ranch a Real Place?
At 825,000 acres, King Ranch is the largest ranch in the United States. Located in South Texas, near the town of Kingsville, King Ranch not only is a working cattle ranch but also breeds horses, grows turf grass, offers hunting, and is used as general farmland.
Livestock and farming weren't the only things King was working on the ranch. In 1939 the ranch's first oil well was installed, and a few years later the Borregas Oil Field was discovered. This led to the founding of King Oil & Gas in 1980. They had also tried their hat at the lucrative timber industry, buying up more than 50,000 acres of timberland. King Ranch has since expanded its presence with satellite locations in Florida, New Mexico, and South Carolina.
Why the "Running W" Logo for King Ranch?
Branding cattle is the easiest way for ranchers to quickly identify which animals belong to them, and the practice dates back to the earliest existence of ranching. Most would think that a "KR" would make a good brand, but the ranch's first brand was seen as an "HK." This was dropped for some reason, likely the complexity of creating the actual branding irons, and instead replaced with the current "Running W" brand. Why the "Running W" exactly? No one really knows or is willing to tell.
Wait, Doesn't Ford Own King Ranch?
Contrary to popular belief, Ford does not have an ownership stake in King Ranch, and King Ranch is to this day a privately owned organization. Ford simply licenses the right to use the King Ranch name, which the company has trademarked. Other licensees include King Ranch Texas Kitchen restaurant in Houston, Texas, along with a Textron Aviation King Ranch Edition King Air 360 turboprop aircraft. 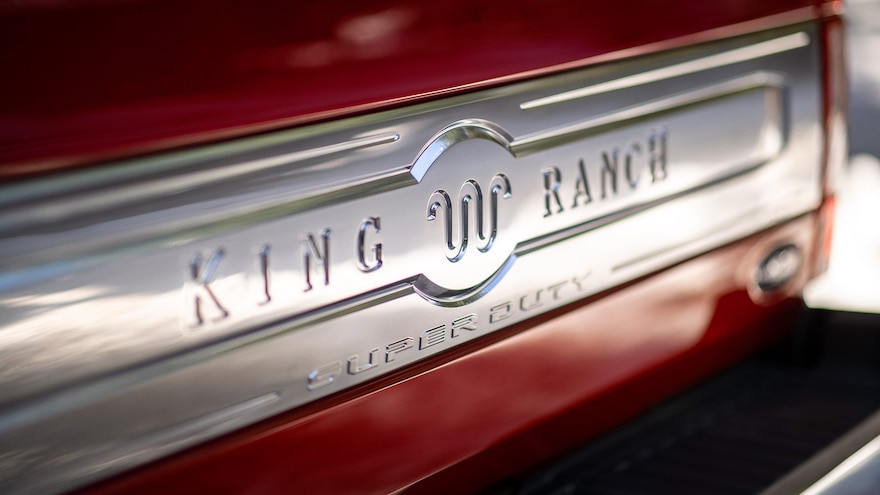 View Photo Gallery | 39 Photos
Photo 3/39   |   011 2020 Ford F250 King Ranch
When Did Ford's Partnership With King Ranch Start?
Ford's partnership with King Ranch began in 1999. In the simplest of explanations, at the time Ford was looking for a licensing partner, and King Ranch was in need of a lot of trucks. Sources claim King Ranch uses as many as 350 Ford pickups in their operations, though there's no stat on how many are King Ranch trim. Thus, the partnership was formed, and the rest is history.
How Can I Learn More About King Ranch?
To this day, King Ranch in Texas is a working ranch. For those looking for adventure or who live close to South Texas, King Ranch offers guided tours for $20. You can also sign up for special interest tours, which focus on particular parts of the ranch, such as cattle operations, farming, etc., and nature tours, which range in price from $25/person (for a two-hour beginner's bird-watching tour) to $925/person (for a three-day, two-night birding adventure). And with a large enough group you can even book a motor coach tour of the ranch. Not willing to invest that kind of time or money into King Ranch? Then head over to king-ranch.com to see all of the history of King Ranch right from your living room.