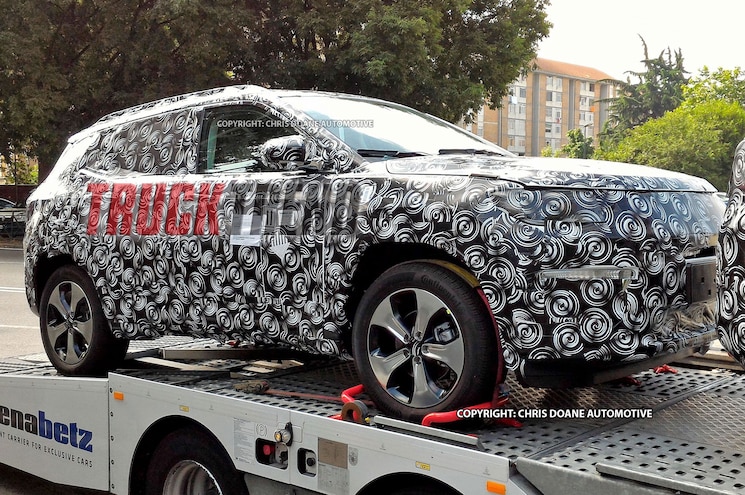 Jeep is FCA’s red-hot commodity right now, with international expansion going gangbusters and customers gobbling up its products from Bakersfield to Beijing. Looking at Jeep’s lineup, aside from the JK Wrangler, most of the lineup is new or heavily refreshed within the last two to three years, with the exception of the Compass and Patriot. With the introduction of the Italian-built Renegade, many thought the Compass and Patriot would simply go away to make room for the Renegade on the lower end and the Cherokee on the higher end. However, the Compass and Patriot still represent a sizeable enough slice of Jeep sales to justify their redesign and replacement. Here, we have our best look yet on what it will ultimately be.
As with the current Compass, the front end of the new model is heavily inspired by the larger Grand Cherokee. The rear taillights also appear to be similar in design to its big brother. The beltline and side profile show strong Cherokee influence with the rear taper and rear quarter window. However, unlike the Cherokee, the taillights don’t appear to actually touch the edge of the rear glass. Interestingly, judging by the side profiles of the two vehicles on the trailer, the model in front appears to have a slightly longer wheelbase and a longer rear overhang, suggesting a possible three-row variant.
In terms of powertrains, we expect the 2.4L Tigershark I-4 to serve standard duty, with a version of the rumored 2.0L Hurricane turbocharged I-4 offered as an option. We expect the nine-speed automatic to be the only available transmission. A Trailhawk off-road trim may or may not be offered. The new value-oriented model replacing the Compass and Patriot is expected to be shown at the 2017 Detroit Auto Show in January.