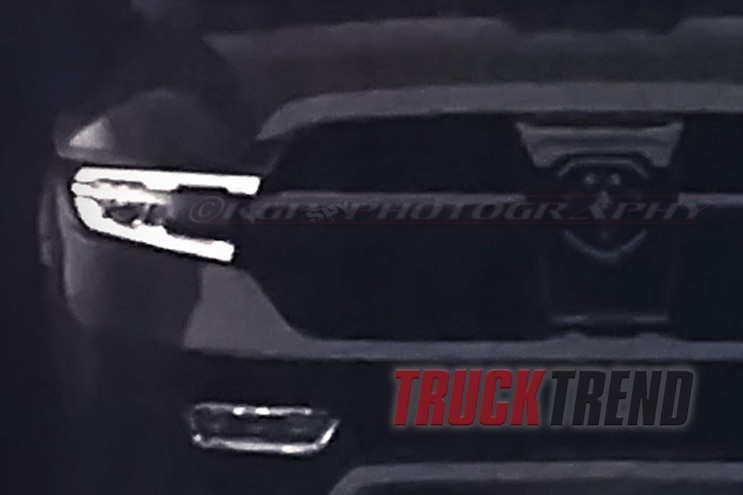 It’s one of Fiat Chrysler Automobiles’ (FCA) biggest money makers, so you can bet the company has a lot riding on its redesign of the Ram 1500 pickup. Earlier this week, we showed you the Jeep leaks from the dealer meeting, including the Grand Wagoneer and JL Wrangler. It appears dealers were also given a sneak peek at the 2019 Ram 1500. Only the front and rear of the truck were shown, but some significant changes are clearly evident from the renderings. 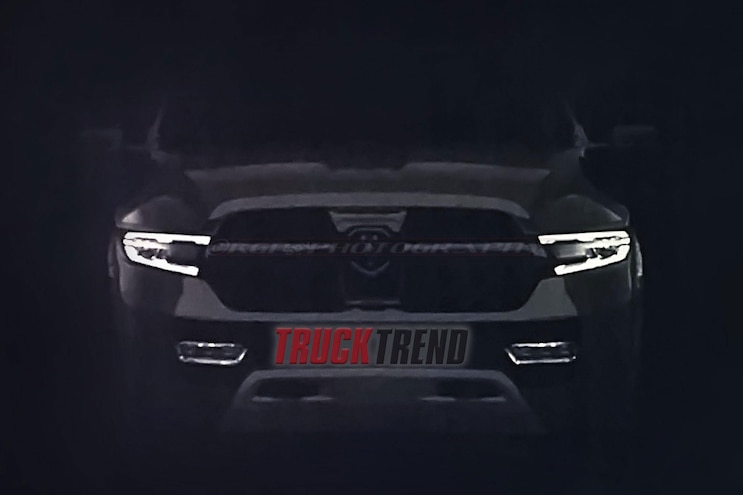 View Photo Gallery | 6 Photos
Photo 2/6   |   2019 Ram 1500 Front View
For those that were concerned that the traditional Ram crosshair grille would be deep-sixed in favor of the controversial “RAM” block-letter grille, you can take a deep breath. Based on these leaked photos, it appears the crosshair grille isn’t disappearing. However, it is getting a significant redesign. The center, vertical bar is much wider and thicker, fully surrounding the trademark Ram’s head badge. The headlights appear to be inspired by the Dodge Charger, with LED surrounds. In the back, the taillights appear to draw their inspiration from the GMC Sierra with a C-shaped red light surrounding the reverse and turn signals. This particular trim level appears to have a molded lower bumper with a skidplate motif, indicating a possible off-road trim. 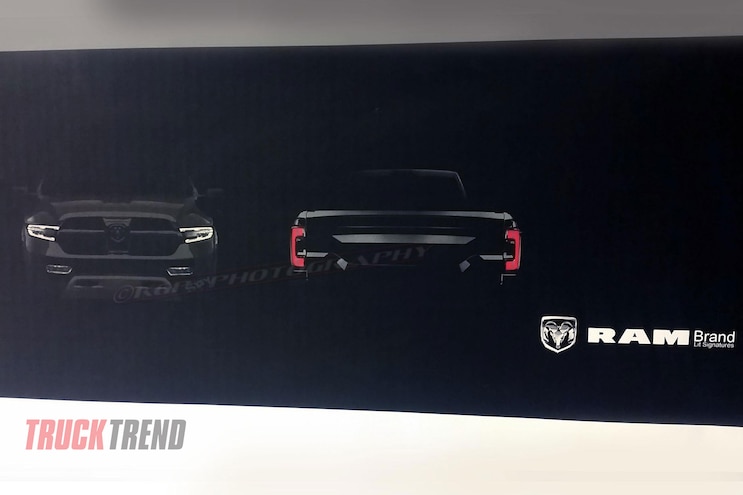 View Photo Gallery | 6 Photos
Photo 3/6   |   2019 Ram 1500 Front Rear
In terms of powertrains for the 2019 Ram, we’re expecting the 3.6L Pentastar V-6 to remain the base powerplant, joined by the 3.0L EcoDiesel and most likely the 5.7L Hemi V-8. There is some speculation that we could see a turbocharged, direct-injected version of the Pentastar, à la EcoBoost. The eight-speed automatic transmission will likely remain, although we’re told the controversial rotary knob shifter may be abandoned in favor of a more conventional console shifter. We expect to see a production-intent “concept” of the new Ram at the 2017 Detroit Auto Show.