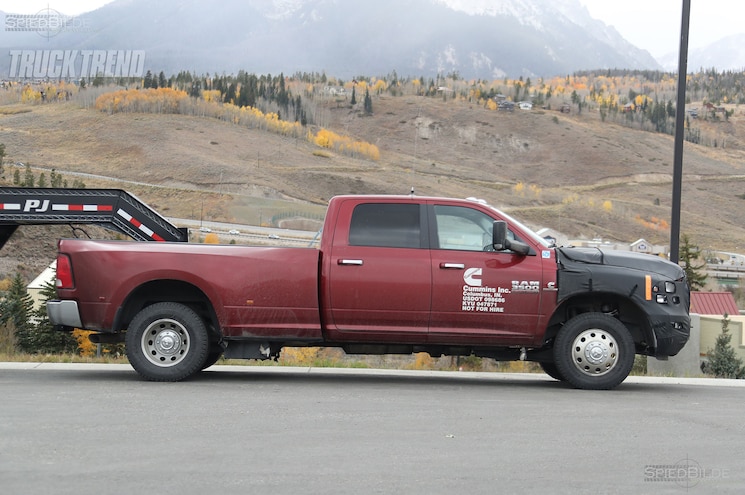 A fresh batch of images of the next Ram Heavy Duty have surfaced, and although the truck looks almost identical to the current Ram 2500 and 3500, some sleuthing answers a few questions about what the company has in store.
Foremost, it appears Ram is not ready to completely abandon its longtime-signature grille crosshairs. The 3500 Heavy Duty dualie model seen here clearly maintains a clear Ram truck identity without resorting to the brand’s new script logo. That should make traditionalists happy, some of whom weren’t crazy about Ram ditching the crosshairs on some of its recent models. 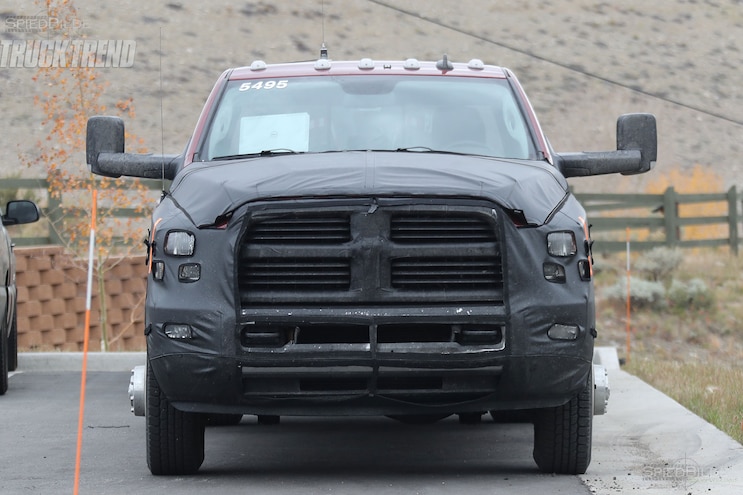 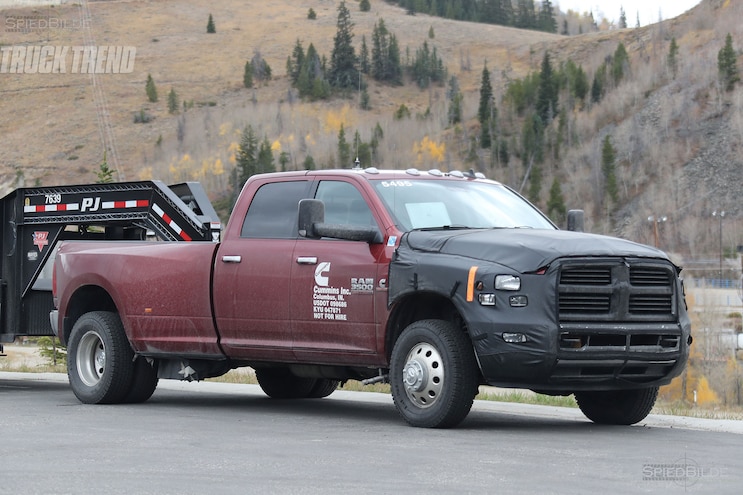 View Photo Gallery | 7 Photos
Photo 3/7   |   2018 Ram 3500 Heavy Duty Front Quarter 03
Such changes would be an obvious attempt to recapture a few segment hyperboles from the Ram Heavy Duty’s competition from Ford and General Motors. In June 2015, Ram announced its 6.7L Cummins I-6 could be optioned to produce 900 lb-ft, increasing the truck’s towing capacity to 31,210 pounds. At the time, both of those numbers were segment-best. But in less than 18 months, both Ford and General Motors made changes to their respective powertrain options, leaving Ram at the back of the pack in terms of torque output. 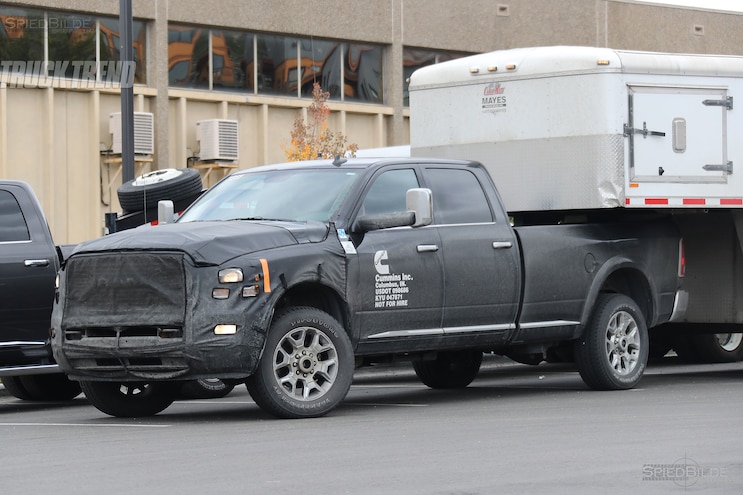 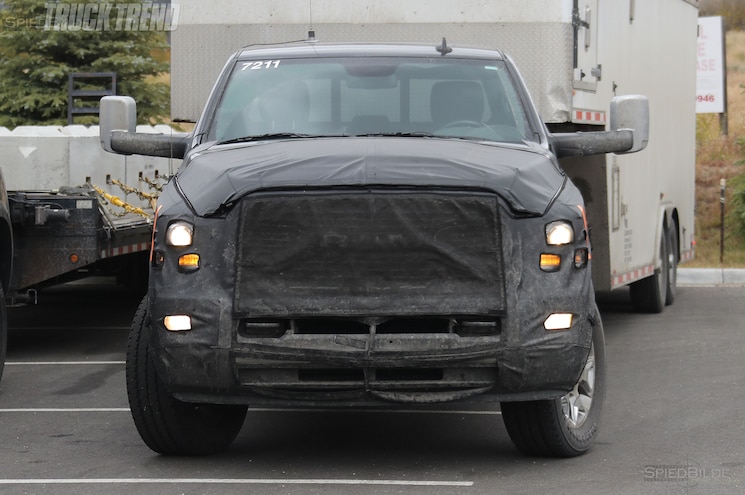 View Photo Gallery | 7 Photos
Photo 5/7   |   2018 Ram 3500 Heavy Duty Front View
It’s mind-boggling to think that less than a decade ago, these trucks’ forebears were just starting to produce 600 lb-ft, and when the Cummins-Power Stroke-Duramax battle began at the turn of the century, those engines barely made 500 lb-ft. We hope to learn more about the next Ram Heavy Duty soon, so stay tuned.
Source: SpiedBilde Photography 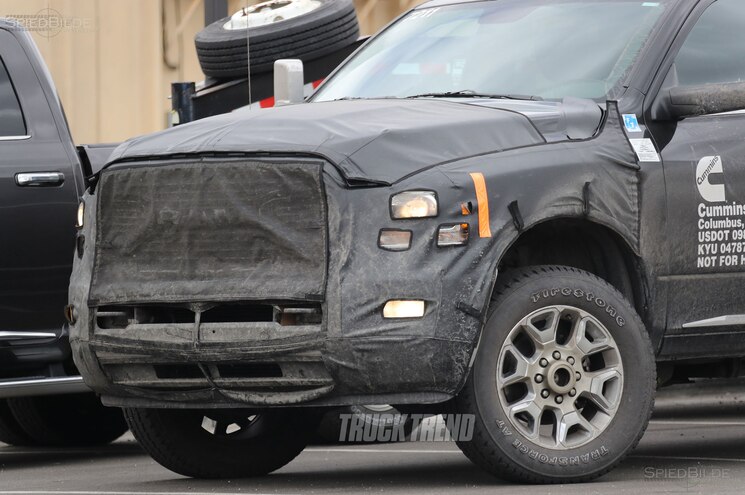 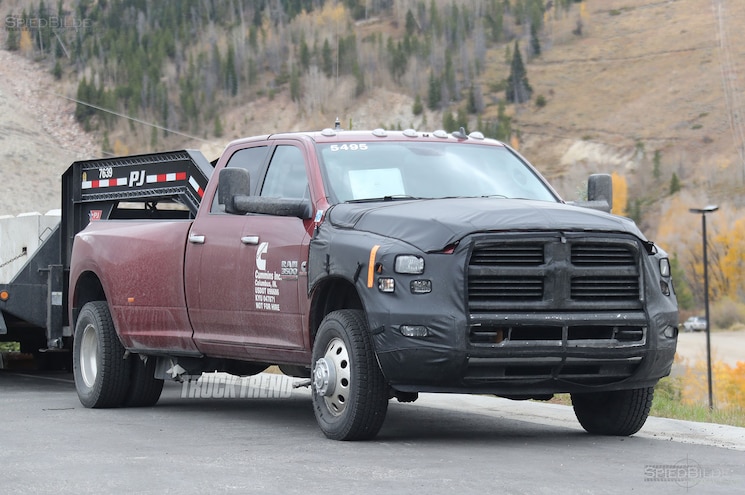