Next-Generation Trucks May Be Radically Lighter, Get New V-6 Engines 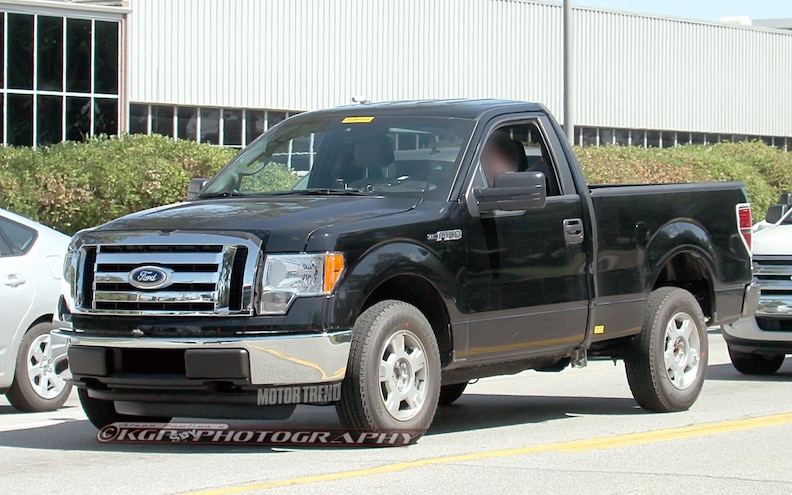 With stricter fuel economy standards on the horizon, automakers are shifting engineering resources towards improving efficiency rather than capability. Though bearing current-generation sheetmetal, recently spotted test mules of the upcoming 2015 Ford F-150 show that such a shift is happening inside what may be the single most important vehicle line in the country.
View Photo Gallery | 20 Photos
Photo 2/20   |   2015 Ford F 150 Aluminum Body Front Three Quarters 2
Because customers have high expectations of towing and hauling capacity, improving truck efficiency is a significant engineering challenge. A cornerstone of Ford's approach for the next-generation F-150 is extensive use of aluminum that should shave as much as 700-800 off the truck's curb weight. At a minimum, the next F-150 is expected to use aluminum extensively for its exterior sheetmetal, and the possibility of it being utilized for much of the chassis as well. Considering the F-150's preeminent position in Ford's lineup, as well as its reputation for durability and capability, the company can't afford to sacrifice those attributes too much in the name of efficiency, so you can bet Ford isn't holding back in its torture testing of the new material.
In addition to the all-new lightweight chassis, Ford is reportedly developing a new generation of V-6 engines, with displacements from 2.7 to 3.0 liters, with direct-injection and turbocharging on the top engines, carrying on the popular EcoBoost option, in a smaller displacement.