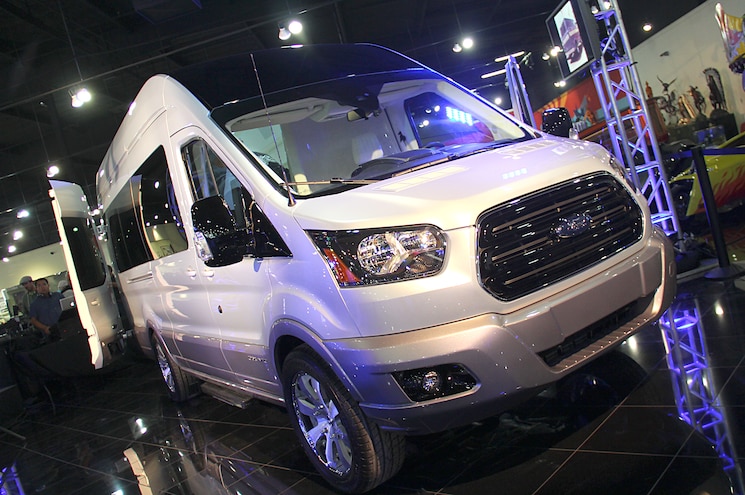 Vans, whether of the mini or maxi-variety, are somewhat like the Rodney Dangerfields of the truck market: "they don't get no respect." Sure, they might not have the most svelte, head-turning styling, or be the object of envy of your friends and neighbors, but there's no denying the sheer quantity of their interior volume opens up a multitude of opportunities for customization. Well-known California-based customizer Galpin Auto Sports got its hands on an early pilot-production 2015 Ford Transit and gave it the custom touch. 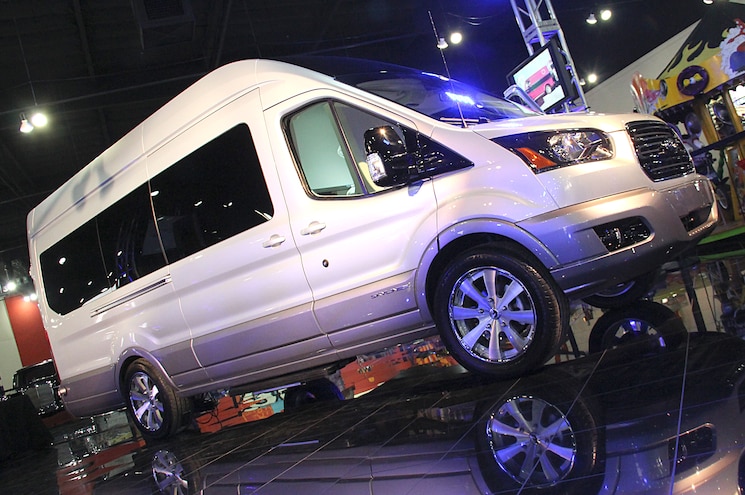 View Photo Gallery | 12 Photos
Photo 2/12   |   Ford Transit Skyliner Concept Front View
While GAS' creations are typically known for their retina-searing paintjobs and less-than-subtle custom touches, the Ford Transit Skyliner concept shows a great deal of restraint in order to appeal to its intended buyer: executives or fleets that cater to executives. The van's equipment and configuration were specifically designed to accommodate four different kinds of uses or modes: Theater, Business, Reception and Travel. 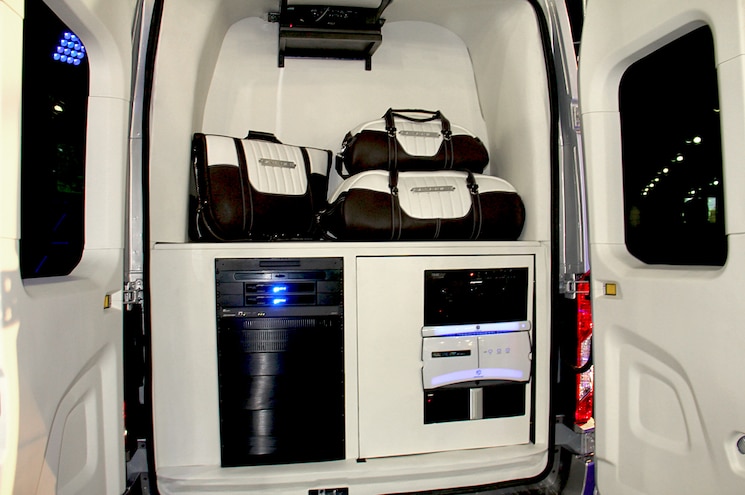 View Photo Gallery | 12 Photos
Photo 3/12   |   Ford Transit Skyliner Concept Rear Cargo
In the Theater mode, the back seats face the 52-inch Stewart movie screen and recline for optimal viewing. In Business mode, a power retractable table moves into place in the middle of the seats for a conference room setting. In Reception mode, the large sliding side door allows easy access to the cavernous interior, and the seats are strategically placed for comfortable and relaxed conversation and the enjoyment of cocktails from the built-in bar. In Travel mode, the custom-trimmed seats can be reclined, and the built-in footrests can be deployed for the ultimate in long-haul relaxation.
The Ford Transit Skyliner's official public debut will come at next week's 2014 New York Auto Show.
Source: Ford