Mule Believed to be I-4 Powered, Accelerated Quickly 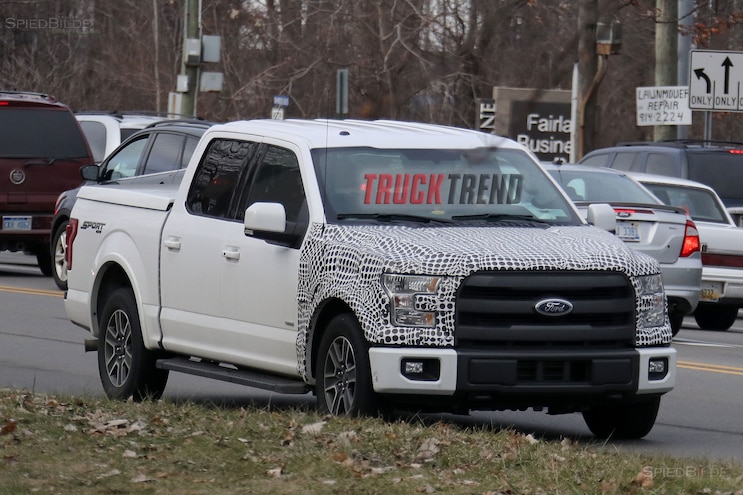 Our intrepid spy shooter got shots of what he believed to be a prototype of the upcoming Ford F-150 hybrid, a model promised by Ford CEO Mark Fields as part of the company’s broad electrification initiative announced at the 2017 Detroit Auto Show. Our shooter followed the truck for more than 10 minutes, even catching such nuances as the exhaust note, which sounded to be that of a four-cylinder engine. The truck was also cladded over the front fender, indicating a possible charge port for a J1772 connector. 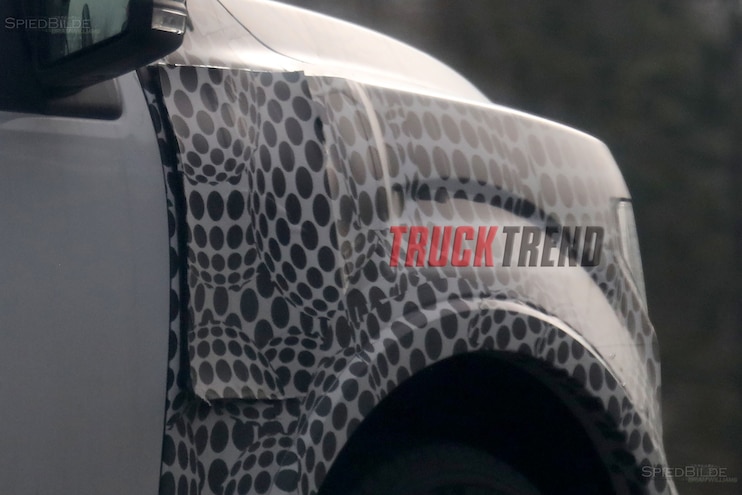 View Photo Gallery | 8 Photos
Photo 2/8   |   2019 Ford F150 Hybrid Mule Charge Door
Ever since the latest-generation F-150 was introduced for 2015, rumors have been swirling about a four-cylinder engine option. Until now, the smallest-displacement engine offered on the F-150 has been the 2.7L V-6 EcoBoost. For the F-150 hybrid, it’s believed the engine is a version of the 2.3L I-4 EcoBoost turbo, now the base engine in the Mustang and offered in the Explorer. The engine produces 310 hp and 320 lb-ft of torque in the Mustang and 280 hp and 310 lb-ft in the Explorer.
Despite the small engine size, our shooter said the truck accelerated rapidly. Combined system output of the internal combustion engine and electric motor (or motors) is likely well more than 300 hp. It was controversial enough when Ford started pursuing an aggressive six-cylinder strategy with the F-150, although sales have proven to be as robust as ever. Is the world ready for a four-cylinder F-150?