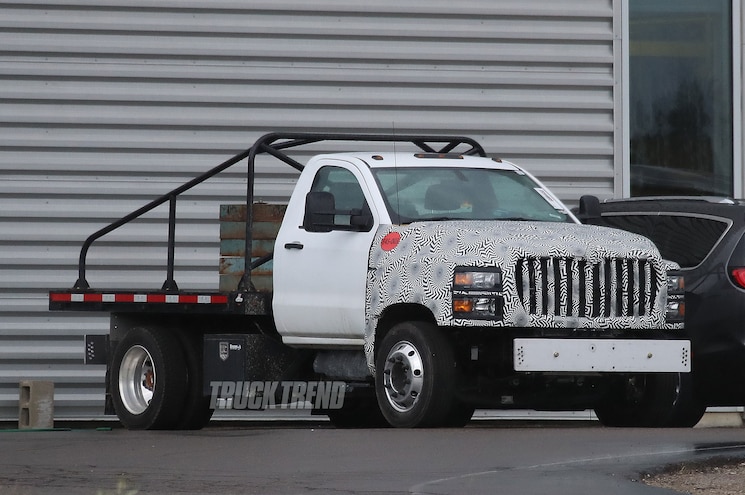 As we’ve reported before, General Motors and Navistar are collaborating on an upcoming medium-duty conventional truck to compete with Ford’s F-650 and F-750, and we finally have an idea what such a vehicle will look like. Replacing the Chevrolet Kodiak, GMC TopKick, and International TerraStar, the truck looks to adopt the styling cues of each.
What’s immediately noticeable is a big, toothy grille, leading us to believe we’re looking at the International Trucks version of the GM/Navistar project. However, flanking that grille is a set of headlamps that look like they belong to the Chevrolet Silverado, a guess further corroborated by that truck’s cab. Curiously, this mule is sporting eight-lug hubs for its heavy-duty wheels; we wonder if the production vehicle will have 10-lug hubs, as on the aforementioned TerraStar. 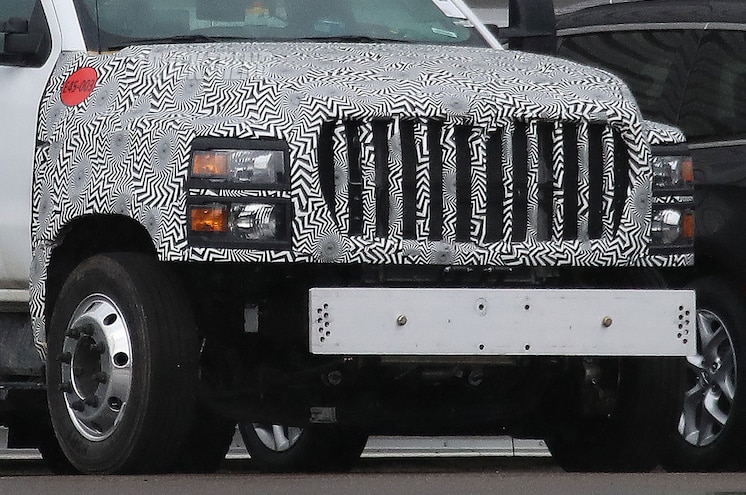 View Photo Gallery | 6 Photos
Photo 2/6   |   2018 International General Motors Medium Duty Front End
Our spy photographer says there’s a gasoline engine under that fiberglass tilt hood, likely a 6.0L Vortec V-8 making at least 350 hp and 400 lb-ft of torque. In the Silverado 3500HD, that engine is capable of running E85 ethanol, and we expect GM and Navistar will offer the same of the medium-duty truck. Additionally, the company will likely provide propane and natural gas versions of the engine, attracting customers whose fleets have switched to those alternative fuels. We also suspect GM will offer a hard-working diesel in the truck, though that could be complicated by Navistar’s current and previous collaborations with Ford and Cummins.
Rumor has it the new medium-duty truck will be unveiled in at the 2018 Work Truck Show in Indianapolis. If that’s the case, you can bet we’ll be on hand next March to see it in person.
Source: SpiedBilde Photography 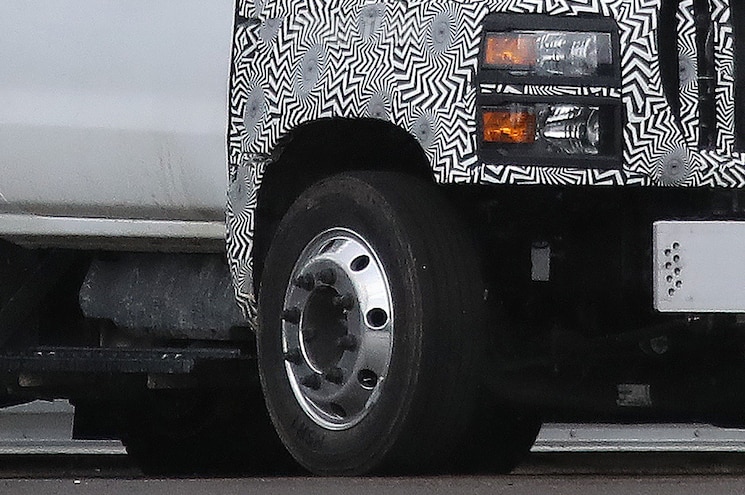