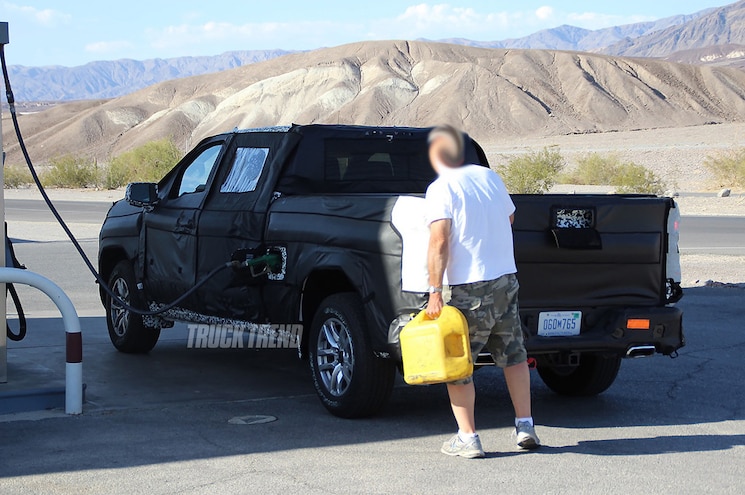 After some speculation, we've been able to confirm that Chevrolet is testing a diesel version of the upcoming 2019 Silverado 1500. If such a vehicle makes it to production, it'll likely square off with other light-duty diesels such as the Ford F-150 Powerstroke and the Ram 1500 EcoDiesel (if that vehicle is recertified by the EPA). 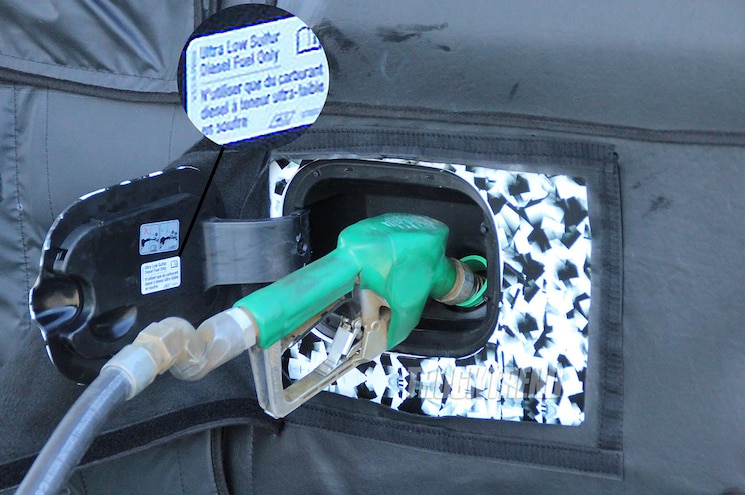 View Photo Gallery | 12 Photos
Photo 2/12   |   2019 Chevrolet Silverado 1500 Diesel Filler Nozzle
Spotted doing hot-weather testing in Death Valley, the test mule was refueling from a telltale green pump nozzle, and its driver was also refilling a yellow jerrycan. Furthermore, the test vehicle in question is sporting warning labels inside its fuel door that demand ultra-low sulfur diesel fuel only. The truck also sports a stylish dual-outlet exhaust system, which looks more akin to what you'd find in a customized sport truck rather than an off-the-rack diesel.
As for what's powering this 2019 Silverado, we're a bit mystified. General Motors hasn't ever offered a diesel engine suitable for a half-ton pickup, although its European luxury arms did offer a 3.0L turbocharged diesel engine (made by DMAX) for some time in the previous decade. A return of that engine is unlikely, as it was designed nearly 20 years ago and would be difficult to modernize. 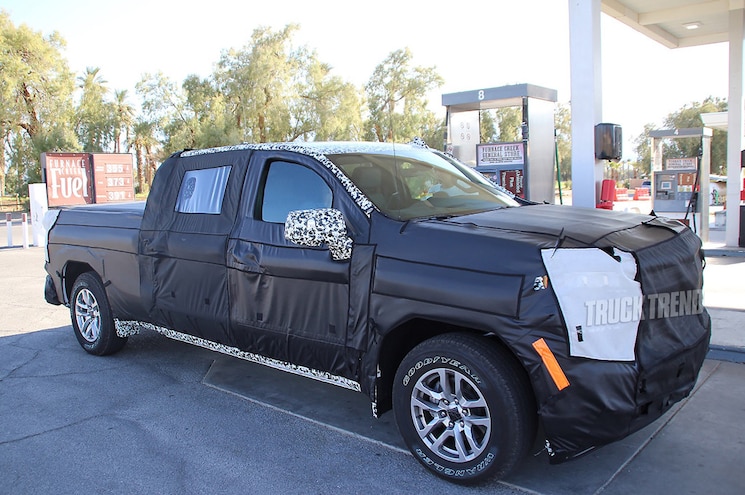 View Photo Gallery | 12 Photos
Photo 6/12   |   2019 Chevrolet Silverado 1500 Diesel Front Quarter 01
More likely, however, is the return of the 4.5L "LMK" Duramax turbodiesel V-8, which was due for the 2010 model year before being scrapped. Back then, rumors insisted the engine would produce 310 hp and 520 lb-ft, numbers that would absolutely shame both the Ford 3.0L Power Stroke and the Ram 3.0L EcoDiesel. In fact, the LMK would come close to matching the larger, heavier Nissan Titan XD's 5.0L Cummins V-8, making us wonder if General Motors might be considering reviving the "1500HD" designation for certain configurations of the 2019 Chevy Silverado and GMC Sierra. 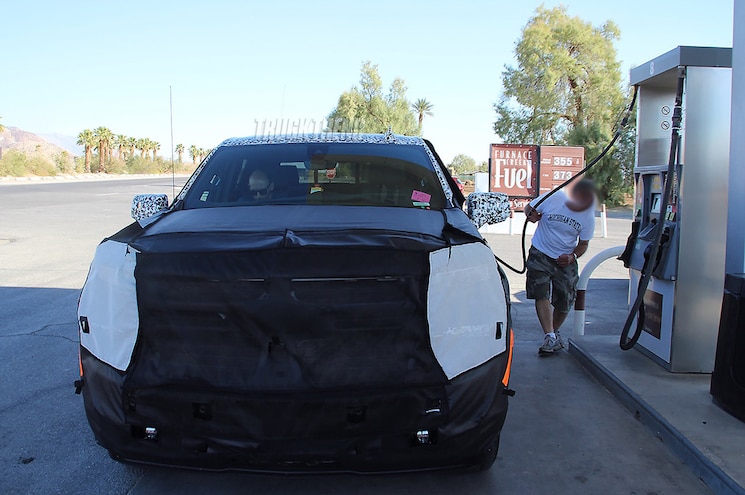 |   2019 Chevrolet Silverado 1500 Diesel Front View
We hope to find out more soon, but in the meantime, let us know what you think!
Source: SpiedBilde Photography