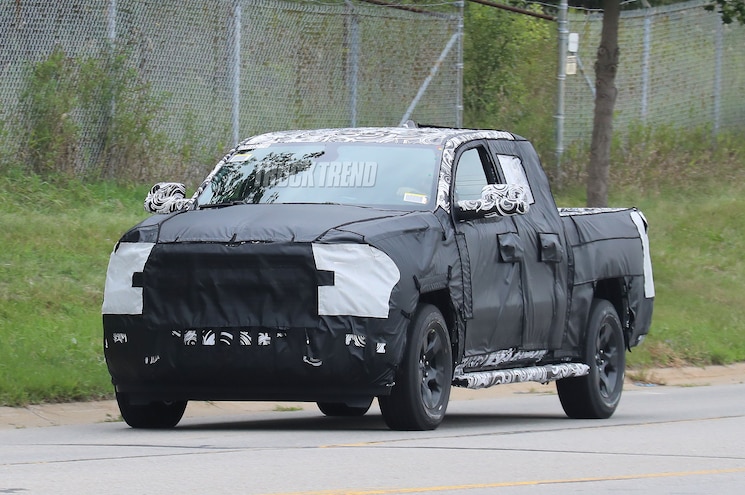 Up until now, the only 2019 Ram 1500 we’ve seen testing has been a crew cab variant (one we initially thought was a Mega Cab). But as the truck gets closer to its expected on-sale date in about a year, we’re starting to see mules of different shapes and sizes on the road. Today, we got a look at the first non-crew version of the 2019 1500, a Quad Cab.
Quad Cab is Ram-speak for a short crew cab, sized more like other manufacturers’ extended-cab pickups but with four forward-opening doors. Such a body style is becoming more common, with Toyota, Chevrolet, and GMC abandoning the traditional extended cab’s rear clamshell half-doors in favor of traditional (although shortened) apertures. 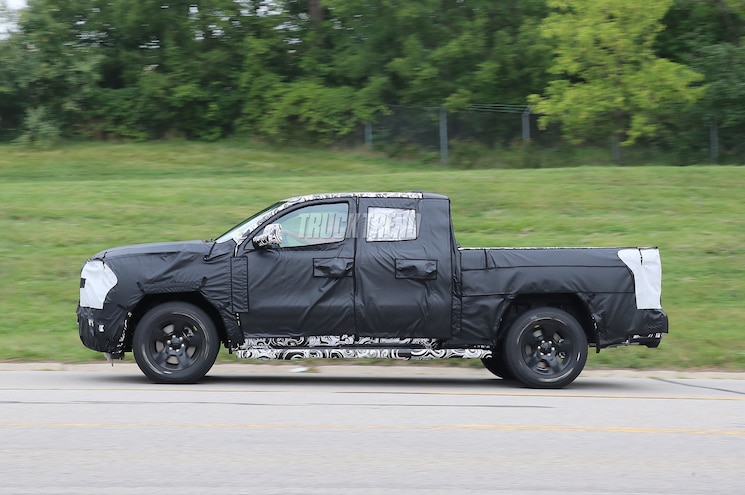 View Photo Gallery | 11 Photos
Photo 2/11   |   2019 Ram 1500 Quad Cab Side Profile
This example wears its shortened skin fairly well, although we tend to think the Quad Cab’s proportions look awkward in general (the same could be said of Chevy/GMC’s Double Cab body style). The truncated cab length makes space for a longer bed, a 6.5-foot cargo box on this truck, with the same wheelbase as the Crew Cab variants we’ve seen trundling around Detroit. 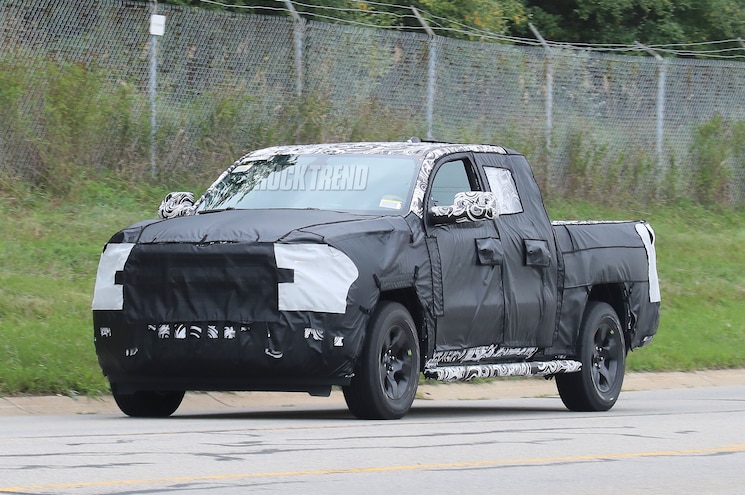 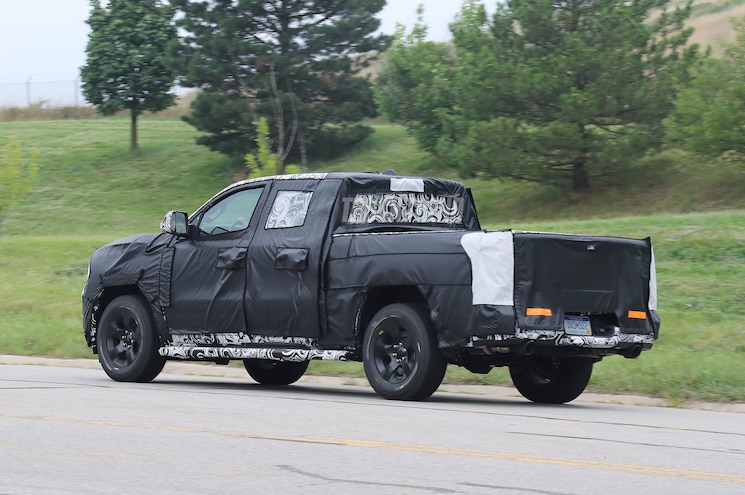 View Photo Gallery | 11 Photos
Photo 4/11   |   2019 Ram 1500 Quad Cab Rear Quarter 03
We expect to see the next-generation 1500 pickup as early as the 2018 North American International Auto Show in January. As we discovered last week, Ram will stick to steel for much of the pickup's body structure, with only the tailgate and hood rendered in aluminum.
Source: SpiedBilde Photography