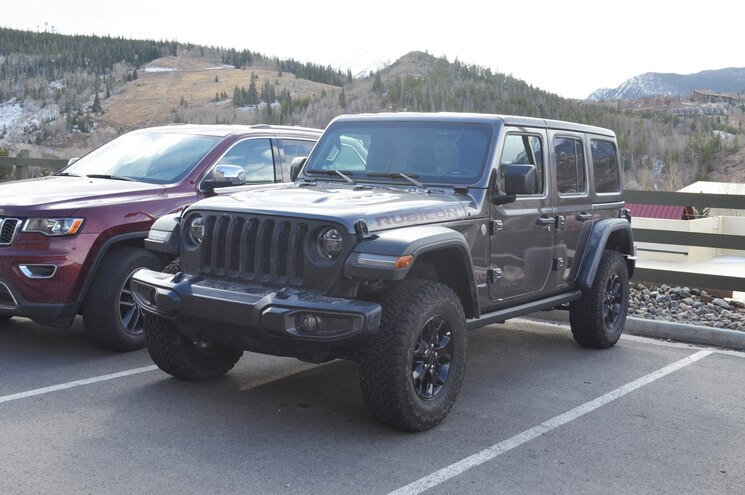 A 2018 Jeep Wrangler Unlimited Rubicon was spotted testing in Colorado today by one of Jp Magazine’s contributors. Caught totally undisguised, it’s our first look at the new Wrangler on our hemisphere; Truck Trend Network and Four Wheeler Network staff are currently in New Zealand giving the JL Wrangler a shakedown in the wild, and we’ll have more pics from them soon. 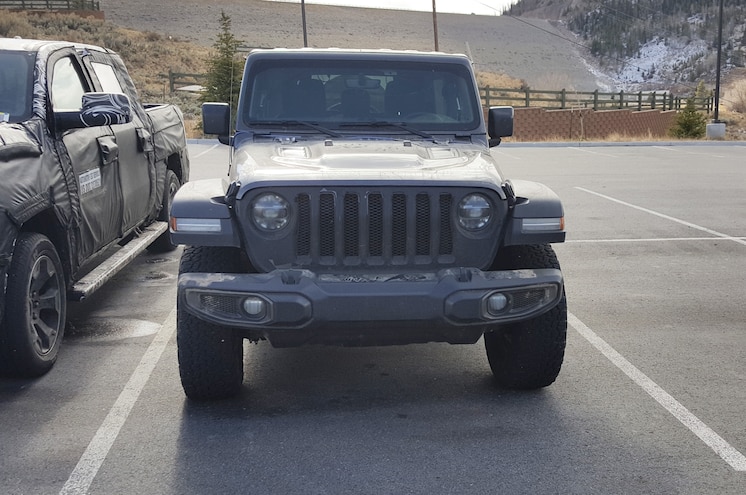 View Photo Gallery | 7 Photos
Photo 2/7   |   2018 Jeep Wrangler Unlimited Rubicon Front View In Colorado
The Wrangler Unlimited Rubicon was spotted doing high-altitude testing near Colorado’s rugged Loveland Pass. Immediately obvious are the SUV’s new LED front and rear lighting, including the headlights, fender markers, and taillights. Also apparent in the quick-take photos is the Wrangler’s new front profile, with those round lamps bookending a notched seven-slat grille not unlike the one on the old Jeep CJ-5. Furthermore, the new Wrangler JL’s grille gets a little kink halfway up, recalling the first-generation Wrangler YJ. 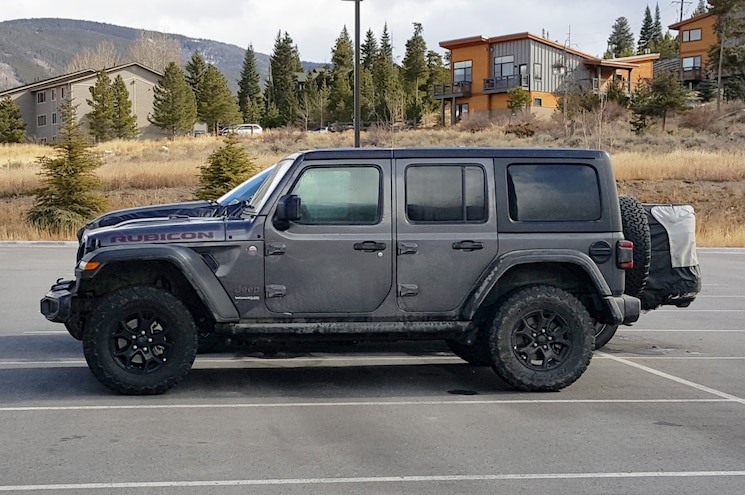 View Photo Gallery | 7 Photos
Photo 3/7   |   2018 Jeep Wrangler Unlimited Rubicon Side View In Colorado
Around the side, we see a noticeable fender vent just aft of the front wheels, which might be there to improve aerodynamics or engine cooling (or it might just be a styling statement). A character line on the side imitates the shape of the Wrangler’s signature half doors (which will likely be available as an accessory on the JL). 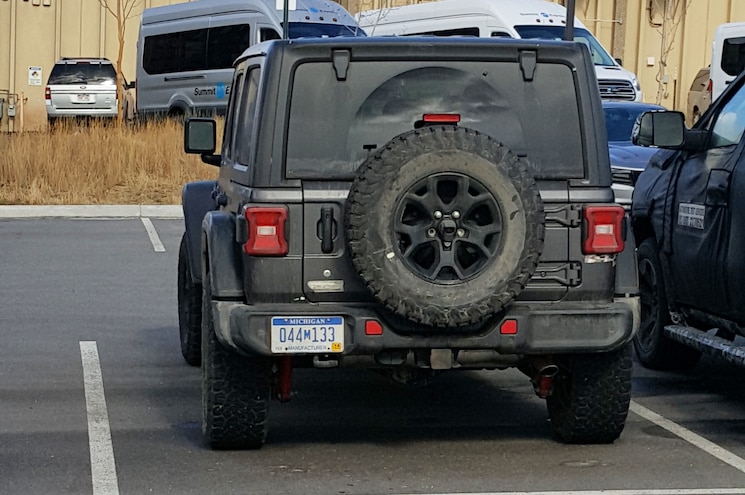 View Photo Gallery | 7 Photos
Photo 4/7   |   2018 Jeep Wrangler Unlimited Rubicon Rear View In Colorado
Overall, we like what we see with the new Wrangler. The styling changes from its JK-generation predecessor are slight, and that’s a good thing: the Jeep Wrangler and its CJ predecessor have always been functional, utilitarian, fun SUVs loaded with personality, and Jeep is wise to keep that recipe intact, at least styling-wise.
We’ll have even more photography soon, so stay tuned for the next chapter of the JL story coming straight from New Zealand later this week.