Do You Really Need Snow Tires? 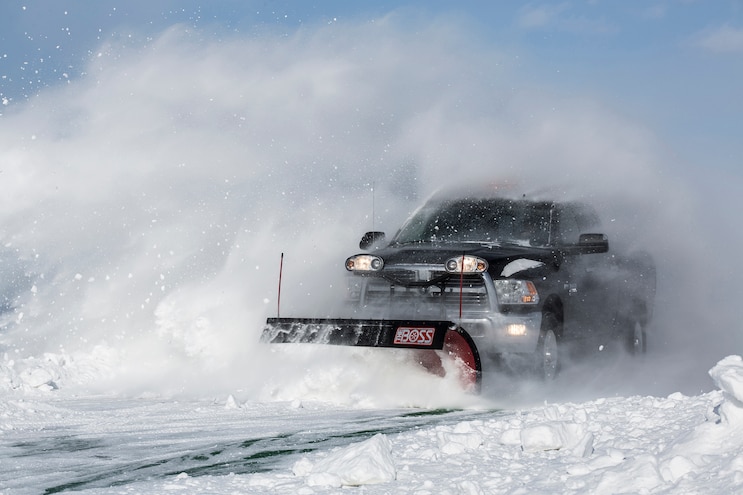 When the weather starts to get colder, it’s time to think about repacking your winter survival gear like shovels, blankets, and non-perishable food into your truck cabin. However, there is one overlooked item may make the biggest difference this year: snow tires.
Why Snow Tires?
Driving in the winter is all about traction and many drivers fall prey to over-confidence. The thinking is typically that since they have a four-wheel-drive pickup, they are covered from calamity when the snow and ice hit. This is simply not accurate.
While four-wheel-drive and limited-slip differentials are helpful for accelerating and managing power sent to the wheels, they don’t provide all the traction you need when turning or stopping. This is why you quite often see vehicles in the ditch; these drivers got the false sense of security when driving off, yet they simply didn’t have the traction when they turned.
Simply put, if you don’t have traction, you aren’t going to go in the direction you want. Snow tires, those marked with a mountain/snowflake symbol, help provide this much-needed traction. 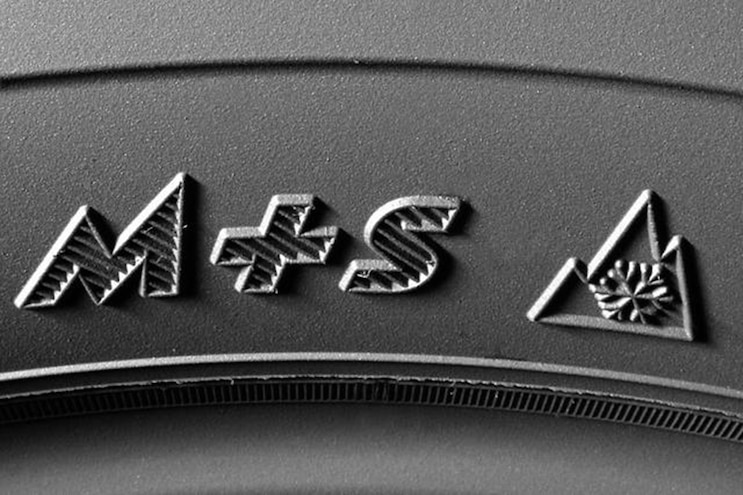 View Photo Gallery | 6 Photos
Photo 2/6   |   006 Snow Tires
These aren’t your grandfather’s snow tires. These days, snow tires are night and day different than the ones from yesteryear. Snow tires from the ’80s and ’90s had a rubber ratio of 65 percent rubber and 35 percent voids between the rubber blocks. Now, they have a 100 percent rubber-to-void ratio.
What Makes a Snow Tire Special?
Snow tires are different than normal all-season tires in three distinct ways. First, the tread pattern is more aggressive, which allows the snow to pack into the tire creating snow on snow traction, which, according to Matt Edmonds, vice president of Tire Rack, is exactly what you want when the road goes white. Edmonds also says the “real secret” is in the compound that makes up the tire. This compound is a closely guarded secret for each tire manufacturer and can make a big difference.
For example, Bridgestone’s Blizzak DM-V1 tires, designed for light trucks and SUVs, have micro bubbles built into the compound, which basically function as suction cups absorbing water on top of the ice. He says when they tested the Bridgestone tire at an ice skating rink near their facility, they can hear the tire barking as it turns much like you would hear from a sports car on a track.
Tire Chains vs. Snow Tires
Most people may wonder why even bother with snow tires when there are chains or cables. This is a valid point except the two really are quite different in how they are used.
Tire Chains: A cheap alternative to snow tires. They provide the much-needed traction, yet you have to be prepared to use them ahead of time. This means getting out in the wintry conditions and putting them on your truck. These days, attaching chains to tires is much easier, yet it still requires planning before you head into bad weather.
Snow Tires: More expensive than tire chains, yet provide the convenience of not getting out of your cab. This comparison is similar to locking hubs versus push-button four-wheel drive. In the past, when you wanted to go into four-wheel-drive, you needed to get out, lock your hubs, and hope you did it right. Nowadays, you push a button or turn a dial inside the vehicle, which is much easier and simpler.
Do Snow Tires Really Make a Noticeable Difference?
While snow tires sound like a good investment, can’t you just drive slow when the weather gets bad and still be OK? Sure, if you don’t want the performance you get from snow tires.
We aren’t talking about 0-60 or track performance; we are talking about tire performance and safety. Edmonds says that once the average driver tries snow tires, they never go back. Snow tires are simply safer.
For example, Tire Rack tested two different SUVs on their ice-covered test track. Both SUVs got off to a good start with their all-wheel-drive system managing power sent to all the wheels. However, when it came time to stop, the difference was clear. The one equipped with snow tires stopped fine while the one without stopped nearly a school bus length beyond the other. 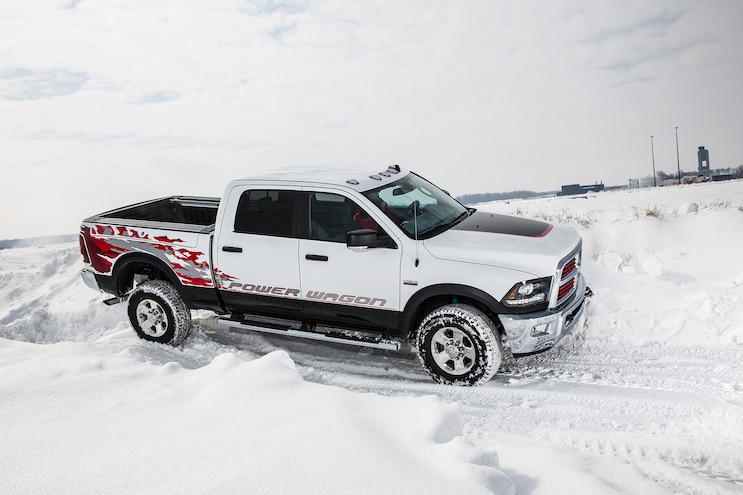 View Photo Gallery | 6 Photos
Photo 3/6   |   003 Snow Tires
This test mirrored our experiences earlier in 2015 when we were invited to a Ram winter driving program at the ICAR circuit track north of Montreal, Canada. At this event, we drove a ’15 Ram Power Wagon on a variety of terrain, along with a selection of snow tire equipped cars and SUVs. In all cases, the snow tires outperformed the vehicles equipped with just all-season tires when cornering and braking.
In fact, the province of Quebec, Canada, understands the need for snow tires so much, it is now the law that your vehicle must have them from December 15 to March 15. The law, enacted in 2008, has already seen benefits with serious accidents in Montreal falling by 46 percent versus the years before it was in place.
Even though trucks may seem different than SUVs and passenger cars, traction is the same for all vehicles. If you don’t have it, you are putting yourself and others in danger.