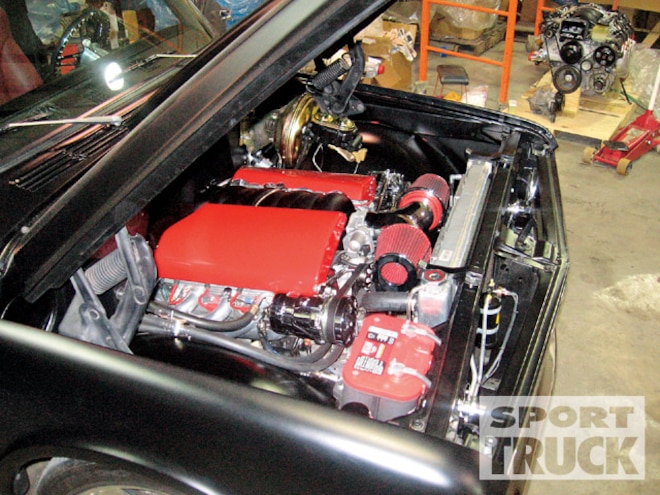 View Photo Gallery | 46 Photos
Photo 2/46   |   1968 Chevrolet C10 ls3 6l8e Combo
Our hobby is at the precipice of a dramatic trend shift that will determine which trucks are being customized regularly from here on out and what mods are being performed. Due to a number of economic factors, a resurgence of older iron (pre-2000) making a comeback in the custom scene is taking place. Fullsize trucks are cheap today and engine swaps are an economical way to inject some new life and modern performance into an older truck. Many of today's hottest swaps aren't the traditional anemic small-block-to-rip-snortin'-big-block affair either. Lots of sport truck owners have learned that double-digit fuel economy is just a fuel-injected engine and electronic overdrive tranny swap away.
One swap that is on fire as of late is the LS1 and 4L60E automatic tranny into GM C10 and C/K series trucks. You can find 300hp 5.3L versions of this fantastic iron block, aluminum-headed engine in the junkyard for a song. It's not unheard of to score the engine, trans, computer, and drive-by-wire pedal assembly for less than $2,000 at a boneyard because thousands of donor Chevy Silverado and GM Sierra pickups came standard with this combo.
Street and Performance has this swap and many others down pat, thanks to its own line of conversion parts and steady supply of engine, transmission, and accessory cores. What got us really excited about this story though is that the company just swapped a brand-new LS3 engine and six-speed automatic trans into a '68 Chevy C10 truck! The thought of 430 horsepower for blasting away from a stoplight and six gears for highway cruising in a standard cab truck really made us drool, so we had to know how it was done.
Follow along with the pictures for an overview of the changes the truck needed, and if you've got more questions or want to order parts then call the shop. Street and Performance has a massive catalog and instructional DVD to help get you started. Check it out! 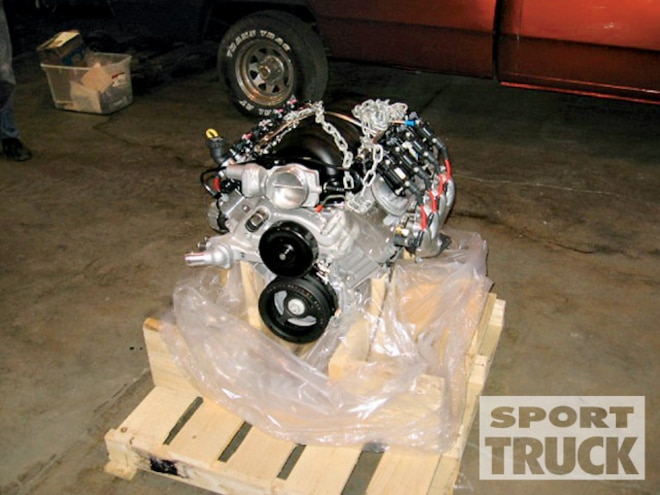 View Photo Gallery | 46 Photos
Photo 3/46   |   1968 Chevrolet C10 430hp Ls3 Engine
What's Going Under The Hood?
The Engine
GM part number 19201992 is the new 430hp LS-3 fuel injected crate engine. It's an all-aluminum 376ci powerhouse with a 6,600 rpm redline that first arrived in the '08 Corvette and is now available through GM Performance Parts dealers. Amazingly, this small-block belts out 424 lb-ft of torque, which for a pushrod V-8 engine of this size is simply stunning. It's the right motivation for a sport truck. 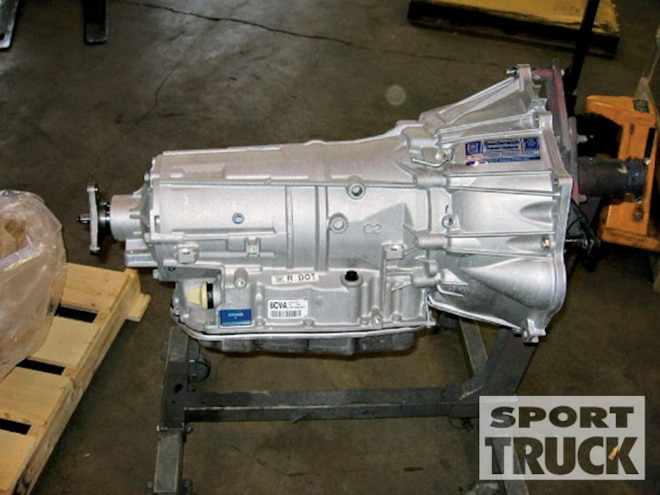 View Photo Gallery | 46 Photos
Photo 4/46   |   1968 Chevrolet C10 6l80e Transmission
The Transmission
There are a couple of different variations of this transmission, but Street and Performance picked the 6L80E for the Pontiac GTO, which is part number 17803868, because it has a low-profile tranny pan for added ground clearance.
Part One: Engine Transplant Prep 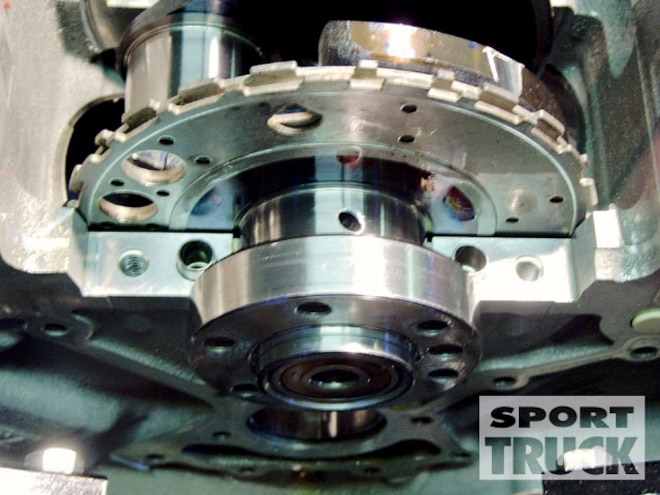 View Photo Gallery | 46 Photos
Photo 9/46   |   1968 Chevrolet C10 ls Engines
Tech Tip
Reluctant Recipient Combinations
Not all LS engines are created equal. In fact, it's possible to have two LS1s from different model years that require completely different computers and sensors. Why is that? Well, the rear of the LS crankshaft has a round ring called a reluctor wheel. The reluctor wheel is used by the computer to determine the position of the crankshaft during each combustion cycle. There are two different wheels used by GM. One is a 24-tooth wheel and the other is a 58-tooth wheel. They are easily identified by looking into the passenger side of the engine block through a port located behind the starter. Or you can look at the plug that's hiding this port. If the plug is gray in color, the engine has a 58-tooth wheel and if the plug is black, then the crank has a 24-tooth wheel.
It gets even weirder now. Late-model Cadillac Escalades powered by new LS engines have variable cam timing, which the truck and car engines don't have. So always contact an experienced LS engine swap specialist like Street and Performance before you buy any swap parts, whether they are new or used. Compatibility is a big issue with the latest and greatest high-performance computer-controlled hardware from GM.
Part Two: Droppin' The Bomb
Part Three: Accessorize It!
Part Four: The Fuel System
Part Five: Steering & Cooling
Part Six: Shifty!
Tech Tip
New Tranny = New Tricks
GM loves to be innovative and change things up. There are several versions of the 6L80E tranny in service in various cars and trucks now. The trans used in this truck is the one that comes in the Pontiac GTO and G8 sedans. The fluid pan is 3/4-inch shorter than the pan in the Cadillac version of the same transmission. The interesting thing here is that although this trans has six forward gears, two of them shift electronically, so you can re-use your stock column shifter. Another interesting feature of this tranny is that unlike others, it does not have a dipstick. So, how do you add fluid to it? Well, there's a plug in the side of the trans that is used to fill it. There's another plug at the rear of the trans where the fluid will come out of when it's full. The filling procedure requires warming the trans fluid to 100 degrees, raising the truck in the air safely, and then pulling the plugs and adding the fluid.
Part Seven: Wrapping Up the Install
Part Eight: Power to the Pavement!


Craig McLaughlin of El Dorado, Kansas, is the lucky soul who gets to mob this bitchin '68 Chevy now. It's got the right stance, killer rolling stock, and now one of the baddest drivetrain swaps we've seen in a long time.