A Look Inside The Heart Of A Silverado 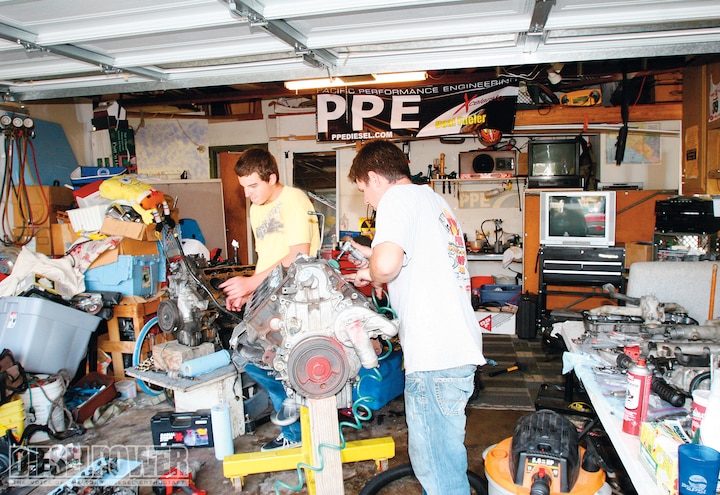 At the last Diesel Power Challenge we met Dmitri Millard, who was part of Matt Larson's crew from Utah. These hard-core diesel enthusiasts loaded up their Silverados with tools and parts, then traveled across the country to compete. After the event they drove home. That's right, no trailer for these race vehicles. Dmitri's truck, which is featured on page 66, is in training for DPC 2010.
View Photo Gallery | 21 Photos
Photo 2/21   |   6 6l Duramax Diesel Engine Rebuild garage Build
Recently, Dmitri gave us a call to let us know what he was up to. As we found out, it's not always racing for the diesel enthusiast-sometimes it's business, or fun, or a mixture of the two. He was going to be in our neighborhood (Southern California) installing a 6.6L Duramax engine for two other diesel enthusiasts-Paul and Drew Benham. Paul is very active in motorsports and his son Drew started his first diesel club when he was just 13 years old.