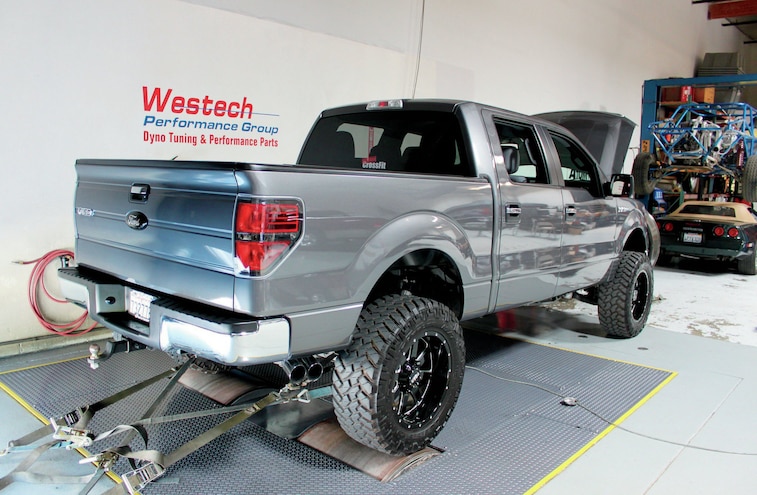 Our 2012 Ford F-150 with the 3.5L EcoBoost already featured an intake from AFE, a MagnaFlow exhaust, and 35-inch Nitto tires thanks to the McGaughys lift kit.
The phrase “sell like hot cakes” came about because nearly everyone loves warm pancakes, and waitresses really didn’t have to work hard to sell them. Basically, diners put them on the menu and waitresses started putting tip money aside for junior’s college fund. Ford knows a thing or two about selling things like hot cakes. Its F-Series trucks have been the best-selling vehicle in the U.S. for the past 32 years and the best-selling pickup for the last 43 years. Once the EcoBoost twin-turbo V-6 debuted in 2011, its competitors teased Ford for launching a small-displacement boosted engine in fullsize trucks, but much like fresh-off-the-griddle pancakes, they’re selling as quickly as Ford can produce them.
Fast-forward to 2014 and the aftermarket has embraced the Ford F-150 EcoBoost engine with a vast array of bolt-on performance parts. Intakes, exhaust kits, tuners, and boost tubes are all readily available, and they all make gobs of power and torque. One piece of the EcoBoost puzzle that hasn’t been saturated also happens to be one of the weaker parts of the factory engine’s ensemble: the intercooler. Several incidents in the humid-heavy Southeast have resulted in EcoBoost owners losing power due to strong rain soaking the intercooler and tripping boost sensors. It’s a small chink in the EcoBoost’s armor, but it should be noted that upgrading the intercooler helps eliminate this condition and also makes the engine more efficient by lowering intake air temps.
Vortech Engineering, long known for high-output centrifugal supercharger systems, has entered into the realm of EcoBoost turbocharged engines by making more efficient intercoolers. By lowering intake air charge temps without sacrificing boost pressure, the Vortech intercooler consistently adds more power and torque. What may be the best part of this more power and torque equation is the ease of installation. In less than 30 minutes, you can upgrade a weak part of the EcoBoost’s engine and make more power doing it. The question was how much more power? To find out, we headed over to Westech Performance, in Mira Loma, California, for a before-and-after dyno session. Read on to see the results. 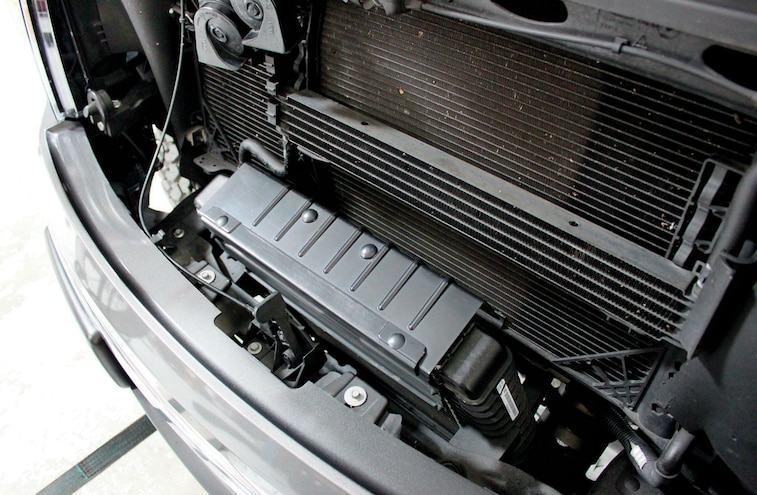 View Photo Gallery | 11 Photos
Photo 2/11   |   1.
1. With the Ford strapped to Westech Performance’s SuperFlow dyno, the “before” horsepower and torque figures came in at 287 rwhp and 409 lb-ft. Keep in mind that a stock EcoBoost with factory-sized wheels and tires would typically make more. To make the most out of the 213ci, we looked to upgrade one of the weaker areas of the EcoBoost -- the factory intercooler. 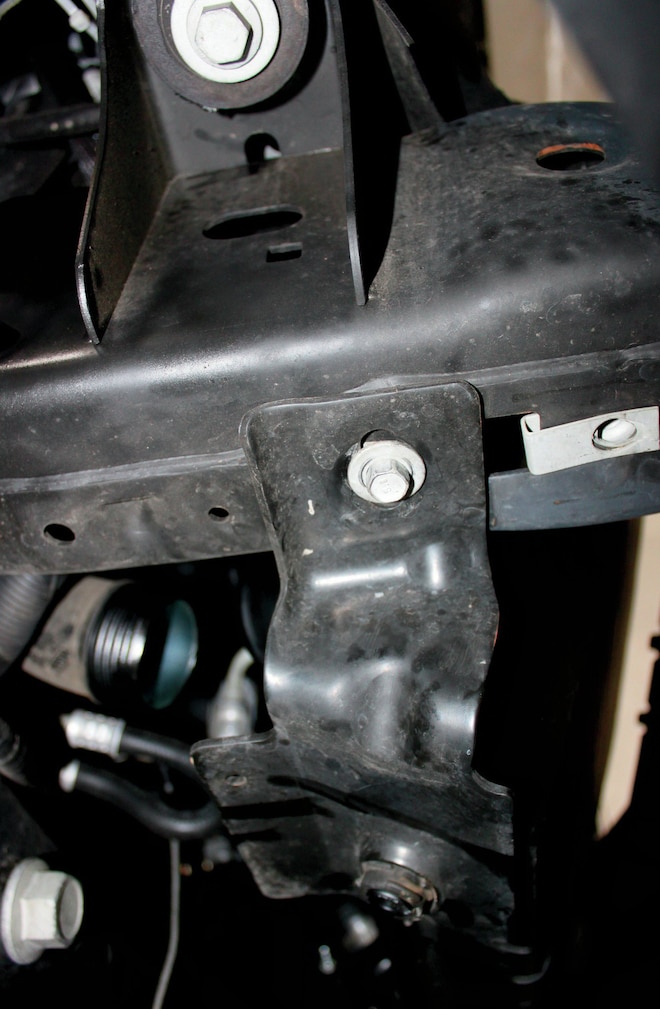 View Photo Gallery | 11 Photos
Photo 3/11   |   2.
2. Looking at the engine compartment from a worm’s view, we can see the factory intercooler crossmember was pulled free once the two 13mm bolts were removed on each side. 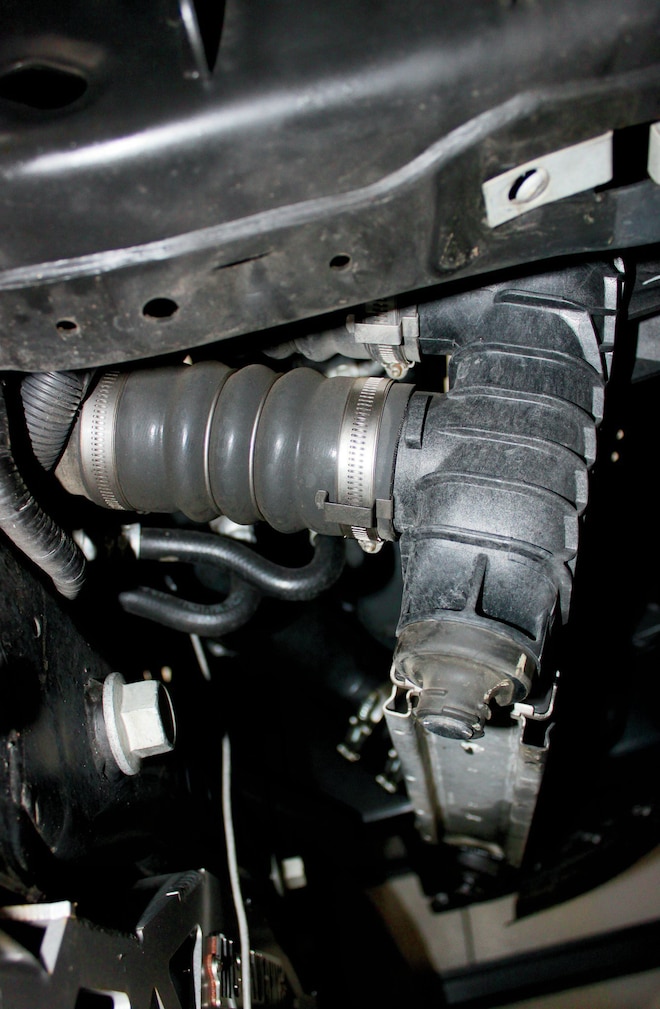 View Photo Gallery | 11 Photos
Photo 4/11   |   3.
3. With the crossmember out of the way, we had access to the two intercooler inlet hoses found on the passenger side. The outlet hose is on the driver side 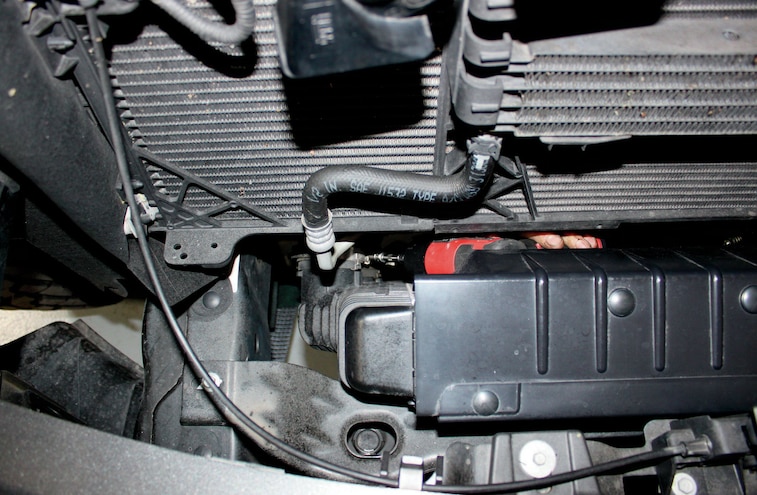 View Photo Gallery | 11 Photos
Photo 5/11   |   4.
4. It’s hard to see because of the tight quarters, but if you look closely you can see the red cordless impact gun used to bust the three hose clamps free. The hoses were then removed. 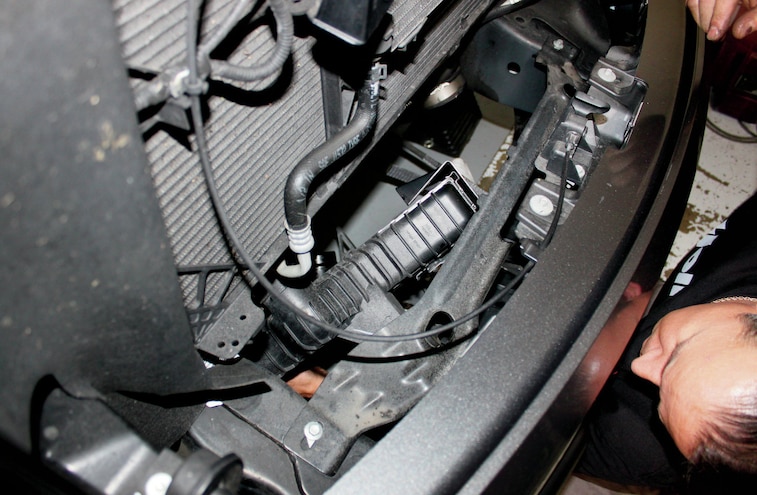 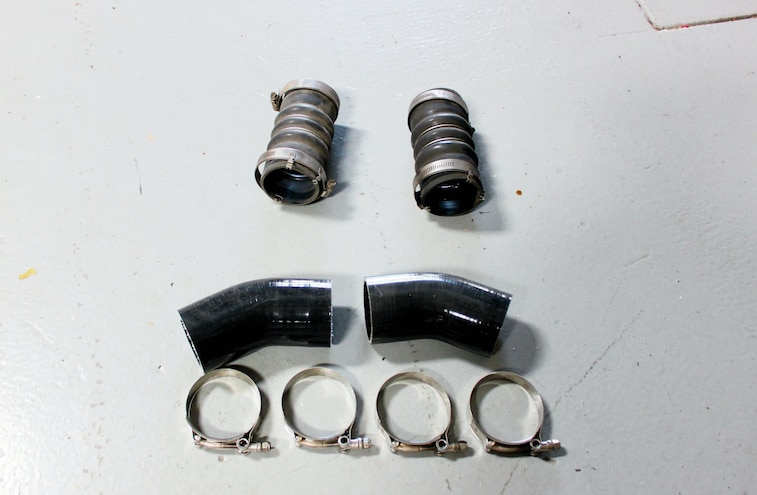 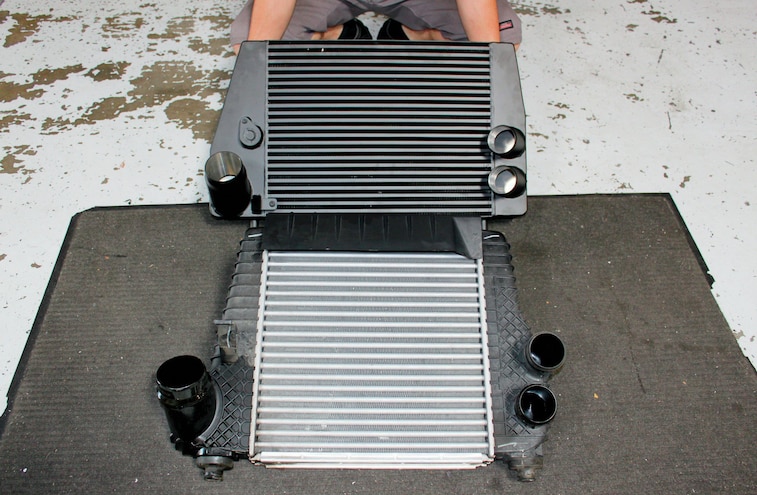 View Photo Gallery | 11 Photos
Photo 8/11   |   7.
7. The Vortech Engineering intercooler makes the most of that space with smoother bends for higher airflow, and the hoses are smooth silicone units instead of the factory accordion style. 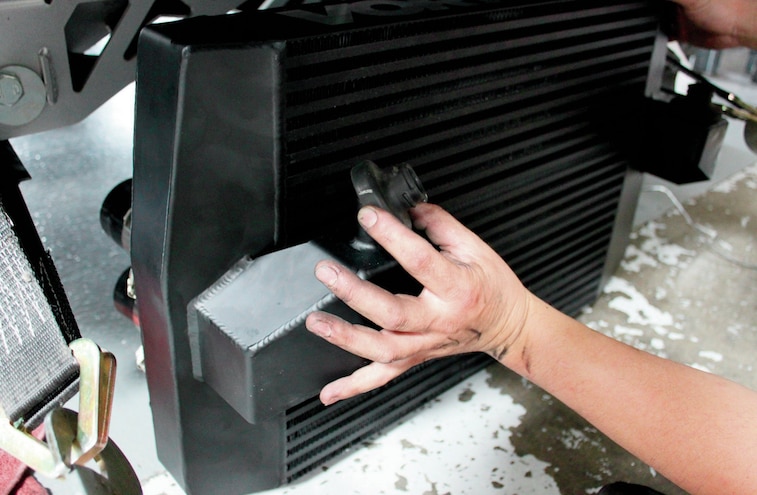 View Photo Gallery | 11 Photos
Photo 9/11   |   8.
8. After removing the original rubber mounting bushings from the factory crossmember, they were slid onto the Vortech intercooler mounts. 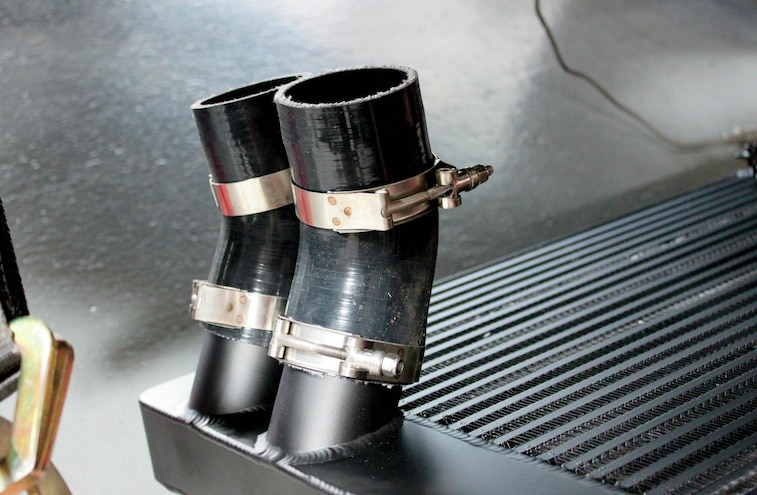 View Photo Gallery | 11 Photos
Photo 10/11   |   9.
9. To aid in installation, the new silicone hoses were slid into place and secured on the intercooler prior to sliding the intercooler into the engine compartment. Once in position on the crossmember, the hose clamps were tightened to the factory tubes and installation was complete. 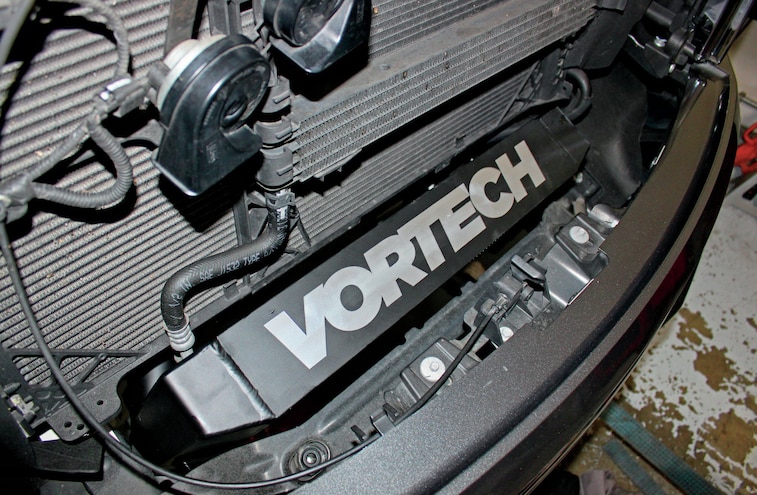 View Photo Gallery | 11 Photos
Photo 11/11   |   10.
10. Featuring black powdercoating with a bare metal Vortech logo, the new intercooler looked awesome once the hood was popped. On the dyno, the Vortech intercooler upgrade provided an additional 28 rwhp and 4 lb-ft at peak rpm. However, down low, where the torque is needed the most, the Vortech intercooler provided an additional 33 lb-ft. That’s a significant increase for such a small amount of work.