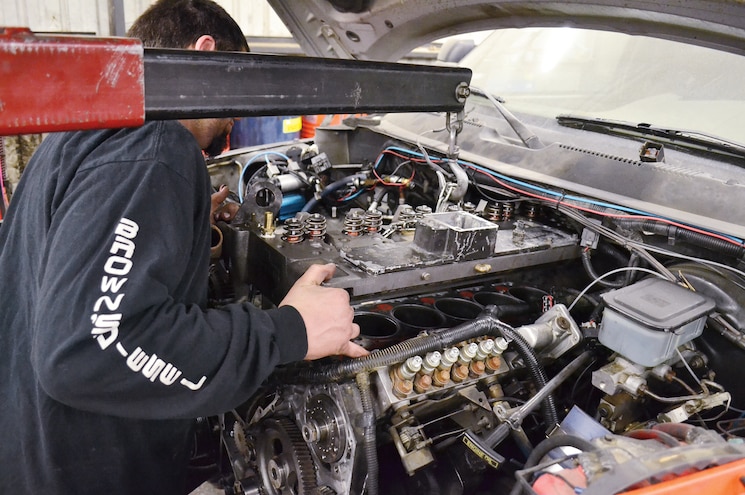 We're all familiar with the role injectors and turbochargers play in increasing a diesel engine's horsepower. However, when camshafts and cylinder heads are thrown in the mix, the familiarity isn't nearly as strong for many enthusiasts. A Cummins engine's internal airflow—and methods of improving it—was the main topic of our recent discussion with Zach Hamilton, maker of the only high-performance, 12-valve cylinder head available for Cummins powerplants.
With questions that ranged from asking for details on the Hamilton head's design and development to querying Zach for his opinion on the best applications for using his cylinder head, the answers he gave us were insightful and very honest (honest to a point where Zach even shared that there are some engine setups that actually benefit more from a factory design than the full-tilt Hamilton castings).
Our afternoon closed with a dyno test of a 1996 Dodge Cummins topped with a Hamilton Cams cylinder head—and we saw for ourselves how it affected power output. 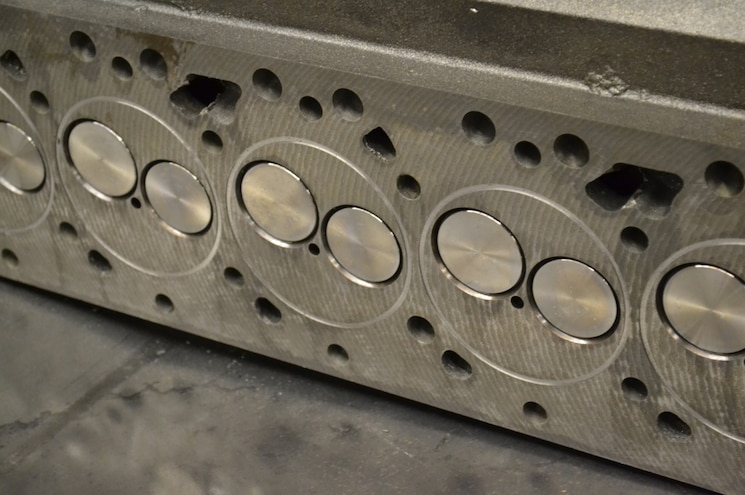 View Photo Gallery | 12 Photos
Photo 12/12   |   Hamilton Cams 12 Valve Cummins Cylinder Head 12
Flow Numbers
Throughout this article, we’ve touted the Hamilton head as flowing much better than the factory version. We asked Zach for some flow numbers, and he dutifully obliged, sending us a comparison of an unported, factory 12-valve head with 1.77-inch intake and 1.66-inch exhaust valves, compared to an unported, Hamilton head with 1.85-inch intake and 1.76-inch exhaust valves. As one can see by looking at the table below, the Hamilton head is roughly equal as far as flow until 0.200 valve lift, which is where the runaway starts. While the factory head shows no appreciable gains after a little more than 0.300 lift, the Hamilton head keeps gaining flow until 0.600 lift, ending up at a whopping 230 cfm (intake) and 176 cfm (exhaust) compared to the factory casting’s 149/139-cfm numbers.