What Else Do You Do With a Damaged Engine? 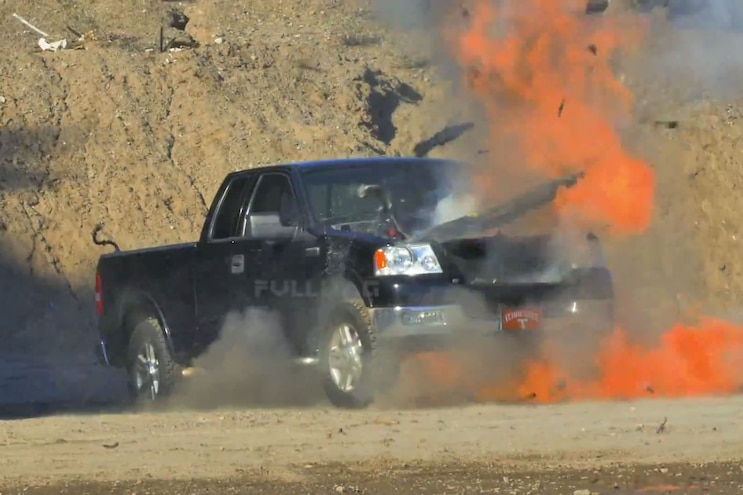 If you love Fords, you may want to look away. If you're a Blue Oval hater, read on...
When the guys at Fullmag found out the 5.4L Triton V8 in their 2004 Ford F-150 was going to cost more to replace than the truck was worth, they decided to throw it a retirement party, with firepower. Using a German anti-tank gun, the 7.5 cm PAK 40 and a 75-millimeter projectile the well-used Ford was quickly put out of commission. 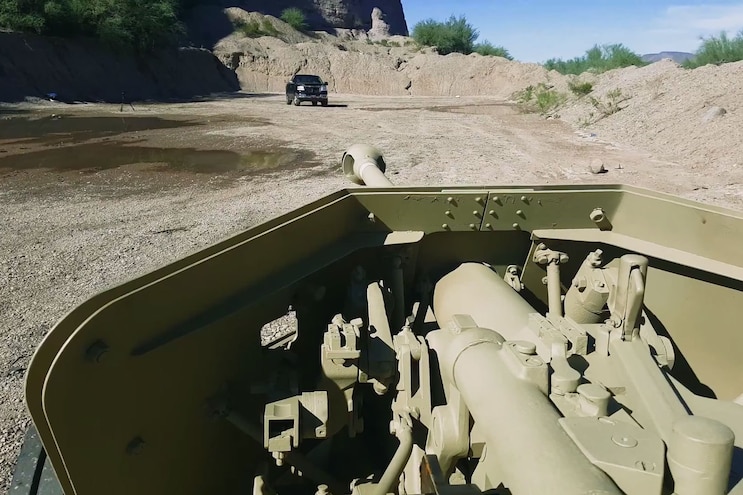 View Photo Gallery | 10 Photos
Photo 2/10   |   Pak 40 Aimed At Ford F150
While it may not be the most dignified death for this pickup, it certainly is the most exciting, and let's be honest, we doubt any other fried 2004 F-150 has gotten this much attention. These guys are definitely fulfilling a dream that almost everyone has had: using something big, brutal, and explosive to do a lot of harmless, dramatic damage.
Watch as the Fullmag guys use a $90,000 PAK 40 to put the mod motor out to pasture. While it maybe hard to watch a truck take this much damage on purpose, at least it went out in a blaze of glory. And honestly, they're doing exactly what anyone else with access to a tank and massive gun would do, given the scenario.
(Content Warning: Mild language at the end)