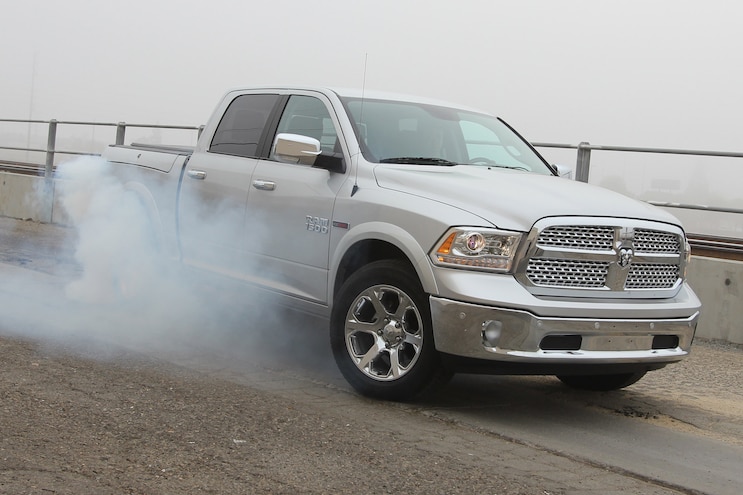 The Ram 1500’s 3.0L EcoDiesel V-6 engine has been a top seller ever since its introduction for the ’14 model year. People love that it has an EPA fuel economy rating of up to 29 mpg on the highway, and in the real world, owners often beat that number by a significant margin. When the time came that we we’re able to get our hands on an air intake kit from S&B Filters, we jumped at the chance. Combining S&B’s high-grade materials and top-shelf design with the fact that air intake kits are known for increasing fuel economy made the choice to toss the factory parts aside a no-brainer.
Once installed, we immediately noticed an increase in throttle response off the line. While not advertised as increasing horsepower, discernable turbo lag was greatly reduced. More impressive, however, was the increase in fuel economy we received. We’ve logged more than 5,000 miles of testing since the install and are proud to say that we’ve picked up a nearly 4 mpg increase in fuel economy on our daily commute. Overall, we’ve been extremely happy with the performance of S&B’s EcoDiesel intake, and it’s even more pleasing that it’s paid for itself many times over in fuel savings alone. 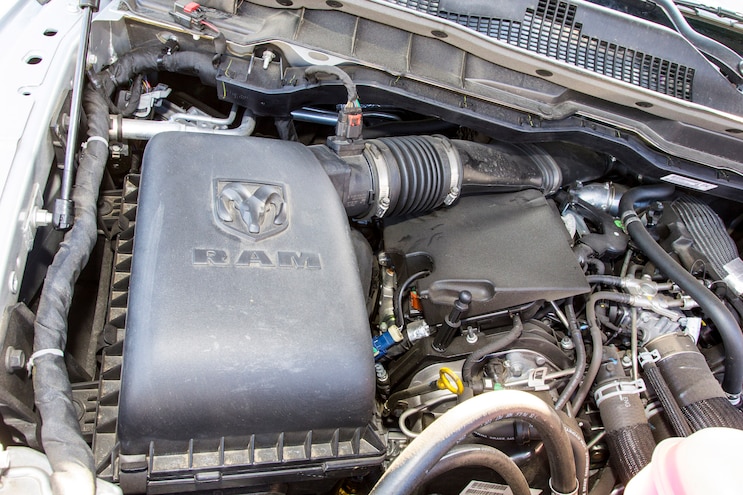 View Photo Gallery | 10 Photos
Photo 2/10   |   While factory air cleaners do a great job at keeping out crud, they leave a lot to be desired in the airflow department. The first step towards remedying this is to unhook the negative battery cable and remove the engine’s cover and set it aside. 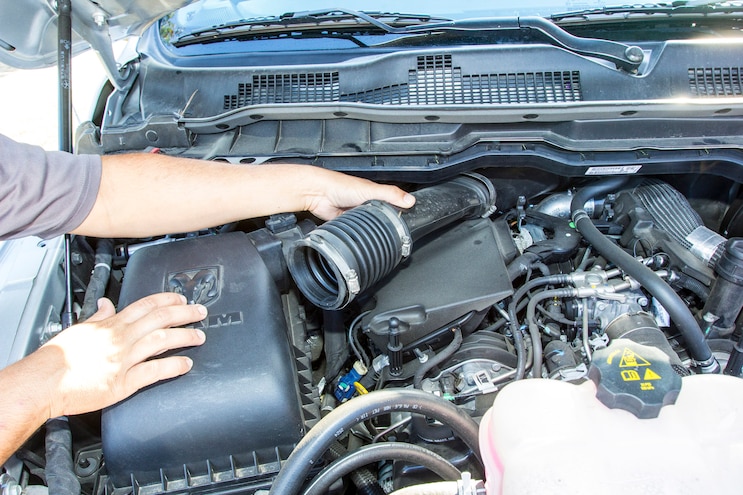 View Photo Gallery | 10 Photos
Photo 3/10   |   After disconnecting the mass airflow sensor the factory intake tube can be removed. A 5/16-inch nut driver works best for loosening the retainers. However, a flat blade screwdriver can be utilized as well. The clamps at the turbo can be tough to reach— patience is required. 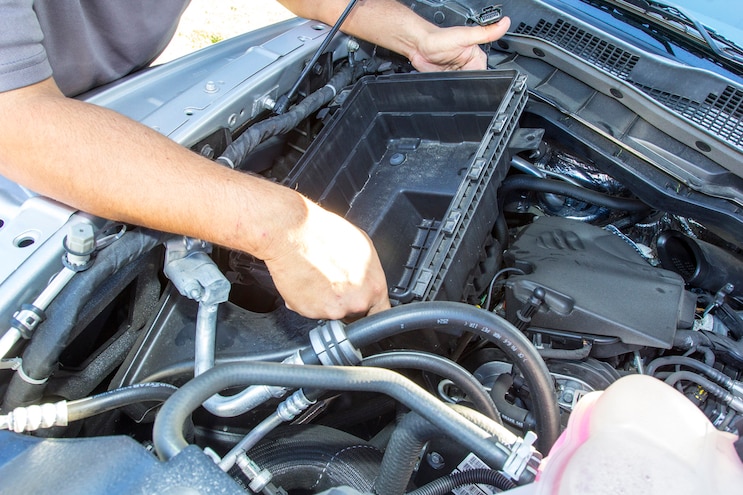 View Photo Gallery | 10 Photos
Photo 4/10   |   Next, the air box lid and factory paper filter element should be removed, making way for the stock air box to be removed. The air box is held in with rubber grommets, so grab on and pull hard straight up; it will pop free. 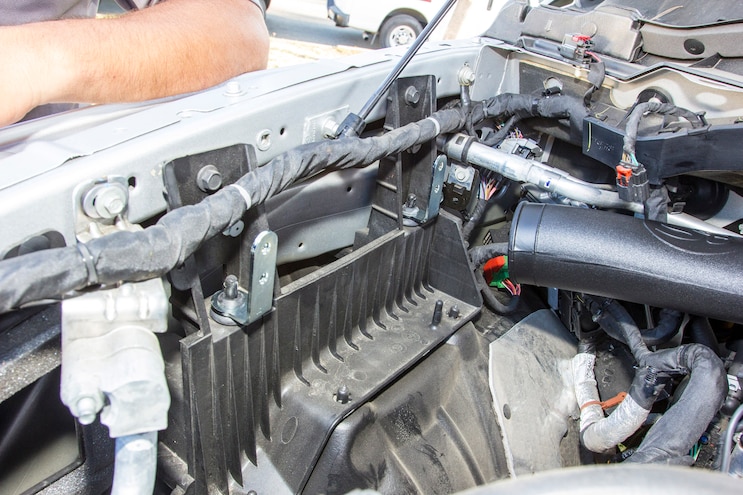 View Photo Gallery | 10 Photos
Photo 5/10   |   S&B’s air box mounting tabs slip over the OE mounts using the rubber grommets salvaged from the factory intake. This is the only piece of the new system that mounts differently than factory. 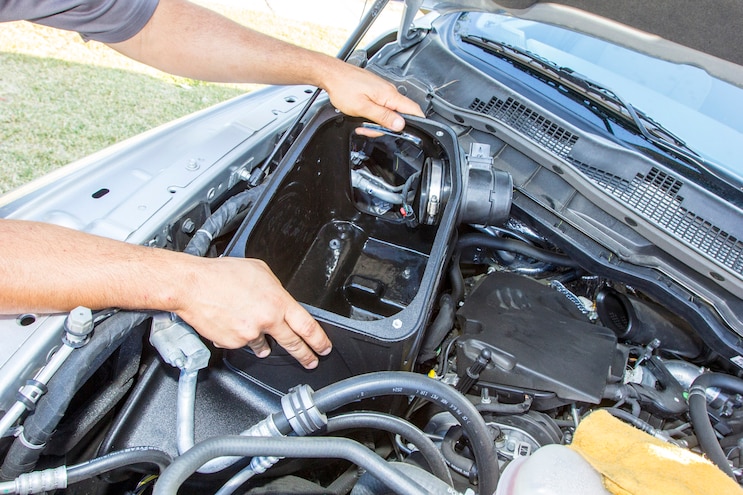 View Photo Gallery | 10 Photos
Photo 6/10   |   With the mass airflow sensor moved over to the S&B air box along with the rubber grommets from the factory box, the new air box can be shimmied into place. It’s a tight fit, so don’t give up if it takes a few tries to fall into place. 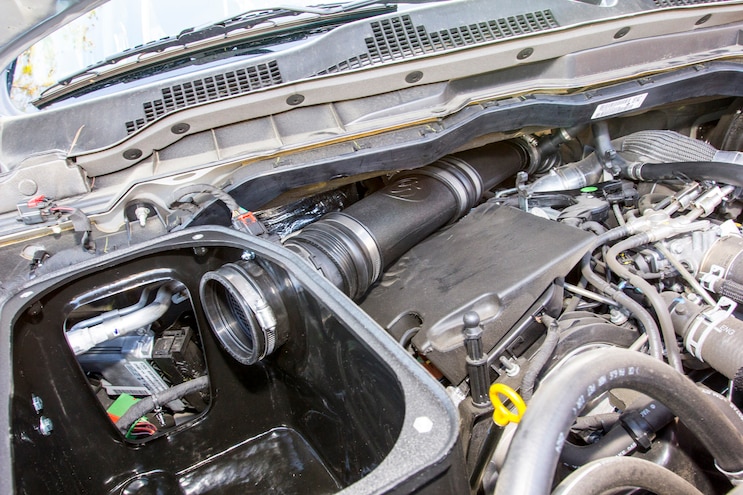 View Photo Gallery | 10 Photos
Photo 7/10   |   Once the box is in place, the new S&B intake tube can be fit. Its larger diameter and smoother bends greatly help in getting air to the turbocharger. Start with the turbo inlet side first, finishing at the mass airflow sensor. Leaving all of the clamps loose until the tube is fully fitted with reduce frustration greatly. 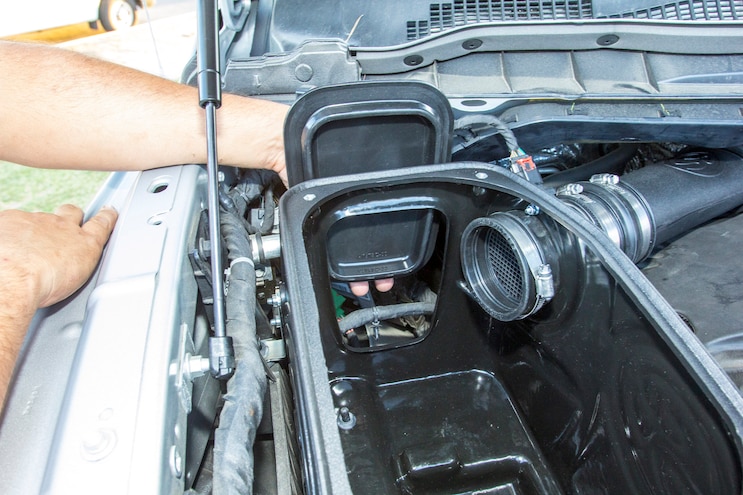 View Photo Gallery | 10 Photos
Photo 8/10   |   S&B’s EcoDiesel air box includes a sort of trap door, if you will, that when removed increases airflow to the filter by a large margin. When installed, the air box functions with the same level of sealing as the factory box, albeit with reduced airflow. 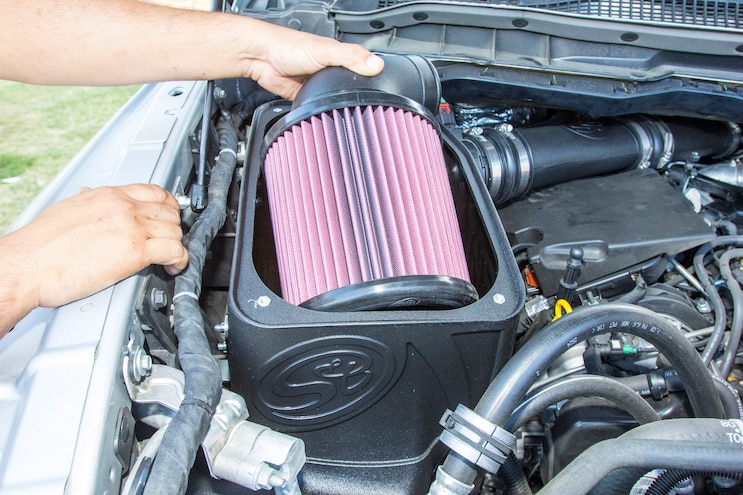 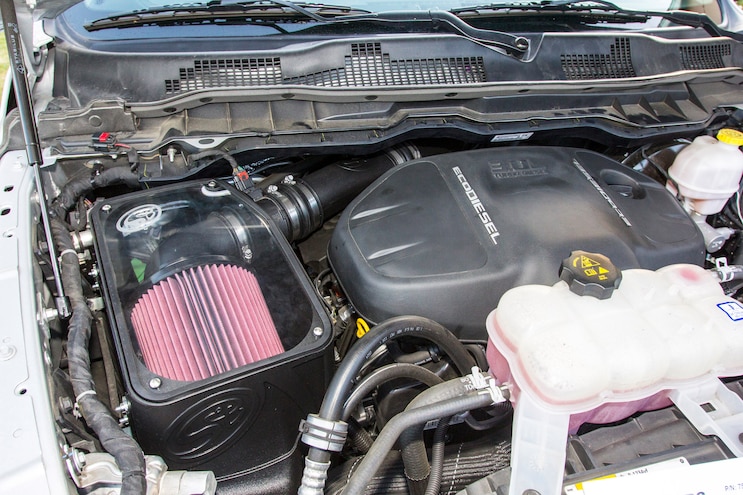 View Photo Gallery | 10 Photos
Photo 10/10   |   Installing our new S&B intake took less than an hour, looks great under the hood, and has provided a measurable increase in fuel economy.