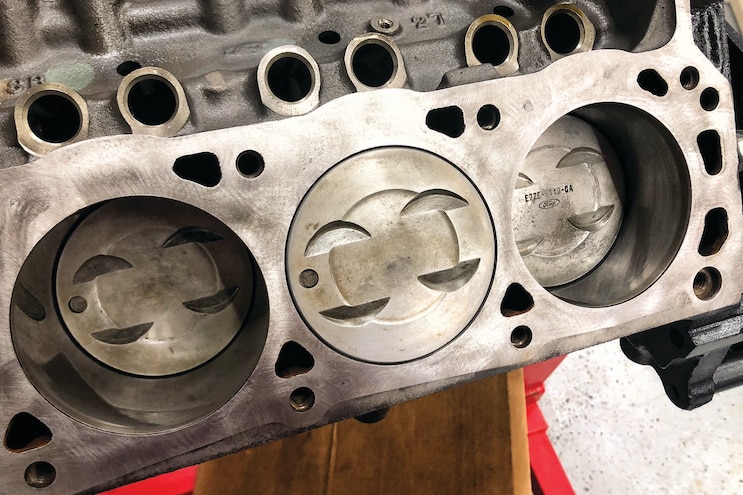 From a gearhead's viewpoint—take that back, anybody's informed perspective—there's one guy who stands out as a catalyst in the art of automotive as we know it. Not talking about the caveman who invented the wheel or a geek messing with self-driving software, but the individual who designed and built an innovative engine that made everything work.
The external-combustion steam engine was developed in the early 18th century during the Industrial Revolution, and it became a prominent power source for ships, locomotives, and industrial and agricultural applications well into the 1900s. There were manufacturers selling limited numbers of steam-powered cars for the rich and famous through the first part of the 20th century, autos like the Stanley Steamer. There were also experimental electric cars during the same time frame, which were impractical due to lack of range.
If steam worked so well on locomotives and big ships, why don't we use it in our cars today? Putting it bluntly—it sucked! External combustion means just that: The fuel source is burned externally from the device that produces work. In this case, typically coal was combusted in order to heat water in a sealed container (boiler) and produce high pressure from vaporization. The pressure was then directed to reciprocating pistons (later turbines) to propel the vehicle or mechanism in question. The drawback was extreme inefficiency. Way too much fuel was used to produce a comparatively minimal amount of power. And they were dirty-burners. No EPA or catalytic converters to work with at the time. 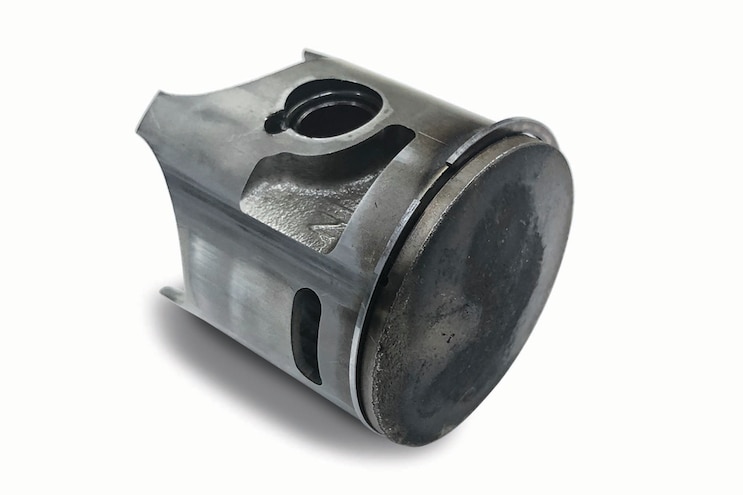 View Photo Gallery | 4 Photos
Photo 2/4   |   Truck Trend Shop Class Internal Combustion 01
Research and development of internal-combustion engines became the focus.
The earliest internal-combustion engines were also inefficient. Engineers based them on reciprocating pistons and cylinders that were previously used with steam engines and experimented with different fuels and ignition sources. Some worked, but the power output was insignificant.
The missing ingredient was compression. The theory of producing more efficient internal combustion power by putting the air/fuel mixture under pressure before ignition had been tossed around for years. And by the mid-1800s, the four-stroke engine design was in the works.
A German engineer by the name of Nikolaus August Otto (1832-1891) wanted to build an engine using both principals. His first attempt with a compressed fuel charge, four-stroke engine in 1862 was a failure. It only ran for a few minutes before destruction from the powerful combustion process.
Persistence paid off in 1876 with the "Otto Silent engine," the first successful four-stroke, compressed charge engine. It was quiet, comparatively clean-burning, and created a remarkable leap in thermal efficiency, or the amount of work force produced (secondary energy) in relation to heat from the air/fuel burned (primary energy). Otto's accomplishment was approximately three times more efficient than a comparable steam engine.

View Photo Gallery | 4 Photos
Photo 3/4   |   Truck Trend Shop Class Internal Combustion 02
The difference maker from his first attempt is what Otto referred to as a layered or stratified charge, which improved the induced air/fuel mixture and smoothed out the more rapid explosions that destroyed the first prototype. Right now, that would probably be defined as advanced atomization.
Taking a look at an original Otto Silent Engine today will most likely invoke two thoughts. One: What the hell is that? It doesn't look anything like my small-block Chevy. The second being sheer amazement by the ingenuity it took to build this engine with the limited technology of the time. It ran on illuminating gas derived from coal with ignition from a pilot light flame.
To get a perspective, the first Otto Silent Engine put out about 3 hp at 180 rpm with a 2.5:1 compression ratio. And Otto never had plans for the engine to be used in a car, but as a stationary unit for industrial use.
A couple of familiar names were also involved. Along with Otto and Eugen Langen, Gottlieb Daimler and Wilhelm Maybach were an integral part of The Deutz Gas Engine Manufacturing Company. Daimler and Maybach moved on in development and promotion of the Otto-cycle engine in automobiles.
The world has been dependent on this basic engine design to power transportation for almost 150 years and counting.
Four-Stroke "Otto Cycle" Process
No more pilot flame to light the fire. We now rely on gas engines with computer-controlled spark ignition, direct injection, variable-valve timing, and all the other technological advancements. But a four-stroke is still a four-stroke.
Pistons within cylinders are forced downward by expanding gases from combustion, which rotate a crankshaft and produce usable work energy. Intake (air/fuel) and exhaust (post-burn gasses) of each cylinder are controlled by the opening and closing of valves. Here's how it works in a nutshell.
Intake Stroke
The intake valve opens and the piston travels downward, creating negative pressure within the cylinder. This draws the air/fuel mixture into the cylinder past the valve.
Compression Stroke
The intake valve closes as the piston travels upward, compressing the air/fuel mixture into the combustion chamber.
Power (ignition) Stroke
Just prior to the top of the compression stroke, the spark fires (spark advance) and begins the burn, which peaks just after top dead center. This provides optimal force from the expanding gases to drive the piston down and rotate the crankshaft.
Exhaust Stroke
Exhaust valve opens and the piston travels up, pushing the waste gases out into the atmosphere.
The Cycle Repeats
Each cycle (four strokes) is accomplished through two revolutions of the crankshaft, and the next cycle applies to the following cylinder in the firing order of a multi-cylinder engine.
Diesel
A diesel, or compression-ignition engine, uses a variant of the Otto cycle. The first successful version was tested in 1897, after years of futile development by Rudolf Diesel. It uses the same four piston strokes within two crankshaft revolutions, but fuel is ignited by the heat produced from extremely high compression. Instead of compressing the air/fuel mixture and igniting it near the top of the compression stroke by spark, only air is compressed. The fuel is injected directly into the cylinder (direct injection) at the optimal timing for combustion and is ignited immediately when it contacts the hot compressed air within the combustion chamber.
It was discovered that heavier fuels, such as diesel, contain more energy than lighter fuels (gasoline), and are easier to produce. So diesel engines boast significantly increased thermal efficiency as compared to gasoline spark-ignition. The high-torque-at-low-rpm characteristic combined with excellent fuel economy made diesels the main power source for commercial trucking, along with use in light-duty trucks, cars, locomotives, ships, generators, etc. 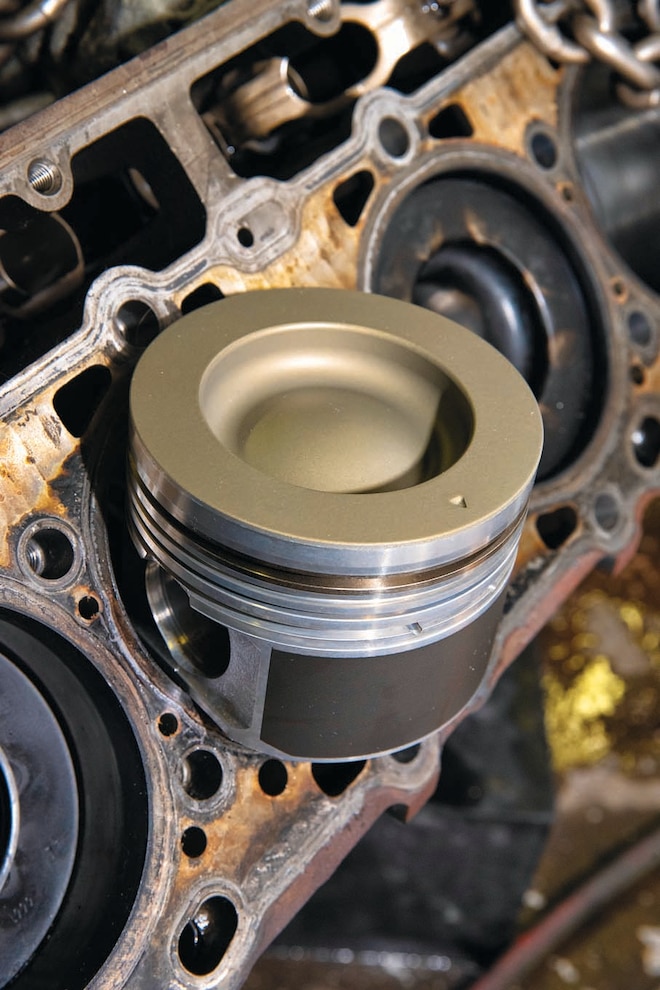 View Photo Gallery | 4 Photos
Photo 4/4   |   Truck Trend Shop Class Internal Combustion 03
Two-Stroke
This is another form of internal combustion, but this time in two strokes. That also means a combustion event occurs every rotation of the crankshaft, as opposed to once every two rotations of a four-stroke engine.
A two-stroke engine is what we call a dry-sump design, unlike a four-stroke engine with motor oil stored at the bottom in an oil pan, where it's flung up onto the cylinder walls and pumped to other needy components for lubrication. Instead, in a two-stroker, a mix of fuel and oil is distributed to the crankcase below the piston. This way, oil can lubricate the crankshaft and cylinders prior to it being burned up with fuel and air in the combustion chamber.
Intake
The piston travels up; only this time, negative pressure is produced below the piston, where air/fuel and oil is drawn in through a valve to the crankcase.
Crankcase Compression
The piston travels down, the air/fuel/oil valve closes, and the mixture is compressed inside the crankcase.
Transfer/Exhaust
As the piston nears the bottom of the stroke, it exposes both intake and exhaust ports at the lower portion of the cylinder. At this point, the compressed air/fuel mixture in the crankcase travels through the intake port and above the piston. At the same time, this incoming pressure forces the exhaust gases out the exhaust port on the other side of the cylinder.
Compression
The piston travels up, compresses air/fuel/oil in the combustion chamber, spark fires, combustion takes place; piston is forced down to rotate the crankshaft.
We have to keep in mind that each stroke accomplishes two things. Going up, we're compressing the mix above the piston while pulling in fresh fuel, air, and oil into the crankcase below. Going down, combustion rotates the crankshaft as air/fuel/oil is compressed in the crankcase below the piston.
At the bottom of piston travel, the intake of air/fuel/oil into the cylinder and exhaust of waste gases out of the cylinder are accomplished almost simultaneously.
Cool stuff used for lightweight applications, like dirt bikes and weed eaters. These engines are screamers within their peak rpm (power band), but not something you'd like for pulling heavy trailer or cargo loads. The dirty-burner scenario applies due to hydrocarbons from unburned fuel out the exhaust during the simultaneous intake/exhaust event, and, of course, the burning oil.
Wankel (Rotary) Engine
The Wankel engine uses the Otto cycle principle, but without reciprocating pistons. Instead it uses a three-sided eccentric (the rotor) that rotates in one direction inside an oval housing (the stator). As it turns, and space between the eccentric and housing increases and decreases, it produces positive and negative pressures. Using this configuration, the engine accomplishes the same four-stroke events: intake-compression-power-exhaust.
The Wankel had advantages such as size, simplicity, and smooth operation. Therefore, it was well-researched by a lot of auto manufactures, but Mazda was the only one to actually utilize the design in significant production.
Continuous Combustion
All the various types of internal combustion engines using the Otto cycle principle are considered intermittent combustion. The combustion events happen one at a time—bang-bang-bang.
But that's not the only way internal combustion works. Continuous combustion is used with jet, rocket, and additional engine designs.
A turbofan, for example, is a common aviation jet engine that uses a complex network of rotating fans, turbines, and compressors. Highly compressed, high-temperature airflow is injected with fuel and ignited. The force from the continuous burn produces thrust, partially out the rear of the engine. But the majority of the combustion's thrust is used to magnify the rotation of a fan in front of the engine, which greatly increases the total thrust or air out the back.
Next time you're talking to a buddy about what's under the hood of your latest ride, take a moment and think back to where it all started.