Truck Torque: Adding a Cam for Muscle Where it Counts 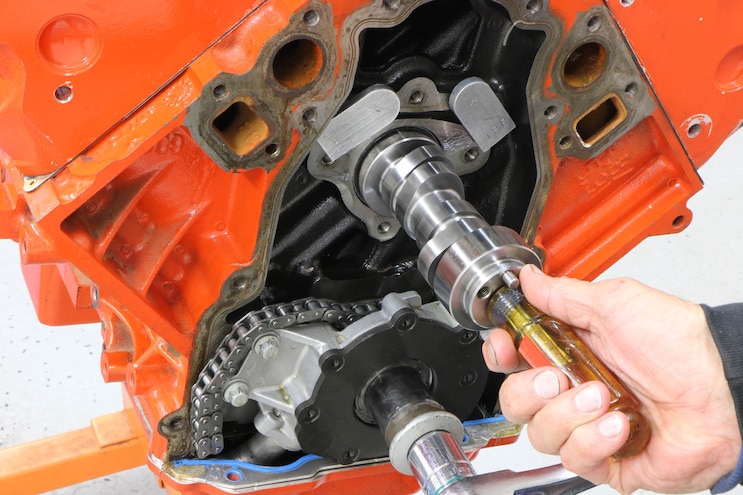 The LS engine remains the darling of the performance world, but does that mean all LS owners are looking for the same thing when it comes time for upgrades? Obviously not, or every LS story would be about adding a cam, springs and a turbo, but such is not the case. While some may be probing the limits of the stock short-block (see "Big Bang 5.3L," Dec. '12 issue), others want nothing more than to have eight cylinders all firing in order as God and nature intended. Between these two extremes is where most LS owners actually reside, but for today, we are looking into the specific needs of LS truck owners. Not the over-the-top road-race kind of trucks, but the daily driver used for towing that family ski (or bass) boat; the kind of trucks that need boatloads of extra torque, especially those saddled with the smaller base 4.8L or 5.3L (LR4 or LM7) engines. To all the daily drivers out there looking for more torque, we salute you with the following cam test.
By now it's no secret that all LS motors respond favorably to cam swaps. In fact, we have seen massive improvements on the right application, but the majority of the power gains come higher in the rev range. While an extra 50 hp, 60 hp or even 70 hp (or more) is certainly desirable for an LS owner looking to improve quarter-mile times, even significant gains that come at 6,500 rpm are of little use to a daily driven truck when lugging a trailer up a steep mountain pass. Though it is possible to reprogram the ECU to alter the shift points, most LS trucks upshift near 5,500 rpm, meaning few would never take advantage of extra power that came at 6,500 rpm anyway. Even if the shift points were raised, what truck owner wants to constantly rev the motor that high to enjoy the extra oomph? Though wilder cam timing can improve power, the ideal situation for a daily driver would be a cam that not only offers more peak power at the top of the rev range, but one that adds some much-needed torque at the bottom. Enter the Torque cam from Brian Tooley Racing (BTR) designed specifically for truck owners. 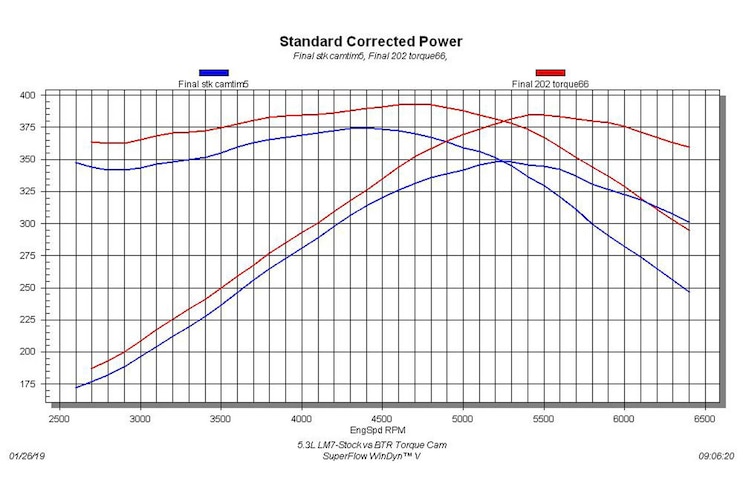 View Photo Gallery | 21 Photos
Photo 2/21   |   5.3L LM7 Cam TestStock vs. BTR Torque CamThis cam test was run in an effort to maximize torque gains for real-world, LS-powered truck applications. Huge gains are available on any LS application from a cam swap, but not everyone wants big power at 6,500 rpm. Most truck applications shift at 5,500 rpm, so having extra power at 6,500 is of no use for most daily driven trucks. What guys really want is extra torque in the 2,500- to 3,000-rpm range. Replacing the stock LM7 truck cam with the BTR Torque cam improved not just the peak power and torque, from 348 hp and 374 lb-ft to 385 hp and 393 lb-ft, but improved torque production through the entire rev range. The BTR Torque cam improved low-speed torque by 20 lb-ft where truck motors spend the majority of their time.
Though BTR offers a wide variety of different cams for LS applications, including turbo, blower and NA cams as well as Stage 1-4 truck cams, this Torque cam was something new. The low-lift (.508) meant the cam could be used with stock LS3-type springs, while the single-pattern and mild duration figures (202 degees at .050) provided a near-stock idle vacuum of 21 inches. The tight LSA of 110 degrees meant the cam offered significant torque gains, even down low, without concern for power production above 6,500 rpm. It should be pointed out that even this mild cam improved the power output by 59 hp at 6,400 rpm, but did so with an extra 20 lb-ft between 2,500-3,000 rpm. Had we loaded it lower on the dyno, the gains would continue as low as 2,000 rpm. But how often is a truck owner at WOT at 2,000 rpm anyway? Having run literally hundreds of LS cams through all manner of engine combinations, extra power is easy above 4,000 rpm, but rarely are the gains much to talk about below that engine speed, until now.
To put the new BTR cam to the test, we set up a suitable test motor. In truth, this 5.3L came from Nick Licata, with Chevy High magazine, who was gracious enough to let us perform our cam swap. Though sporting a Chevy orange hue, the 5.3L was surprisingly stock including the short-block, 862 heads and composite truck intake. A few notable exceptions should be mentioned, which included fresh factory head gaskets, ARP head studs and hardened pushrods (factory length). The test motor with both cams was run with a set of 1-7/8 Hooker swap headers feeding a 3.0-inch dual exhaust that included Magnaflow mufflers. Smaller primary headers would be preferred on this mild motor, but both cams were run with this setup. All of the testing was run with a Holley HP management system and 60-pound injectors (installed for future testing). Equipped with the stock LM7 cam, the 5.3L produced 348 hp at 5,200 rpm and 374 lb-ft at 4,400 rpm. After installation of the Torque cam from Brian Tooley Racing, the peak power numbers jumped to 385 hp at 5,500 rpm and 393 lb-ft of torque at 4,700 rpm. As indicated previously, the cam offered gains as high as 59 hp at 6,400 rpm, but for truck owners, the real story is the extra 20 lb-ft of torque offered from 2,500-4,500 rpm. Combine that with an idle vacuum of 21 inches, and you have a winning combination for real truck owners. 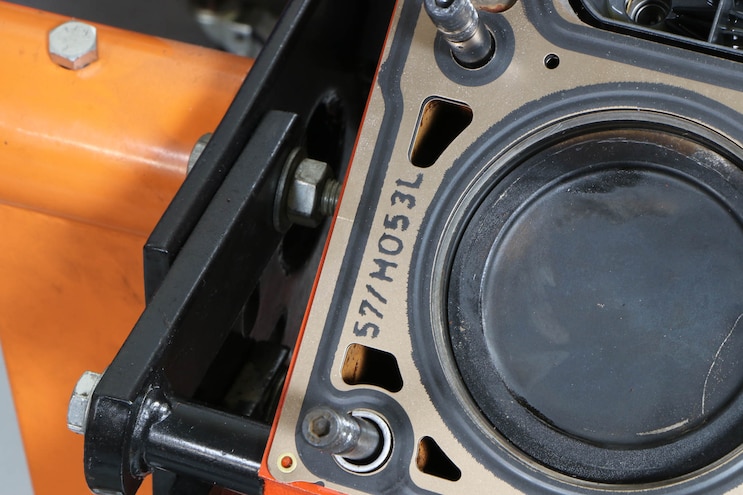 View Photo Gallery | 21 Photos
Photo 4/21   |   The stock LM7 5.3L test motor was the mildest of the factory 5.3L offerings, and featured dished pistons. The only changes made to the motor were new head gaskets and ARP head studs. 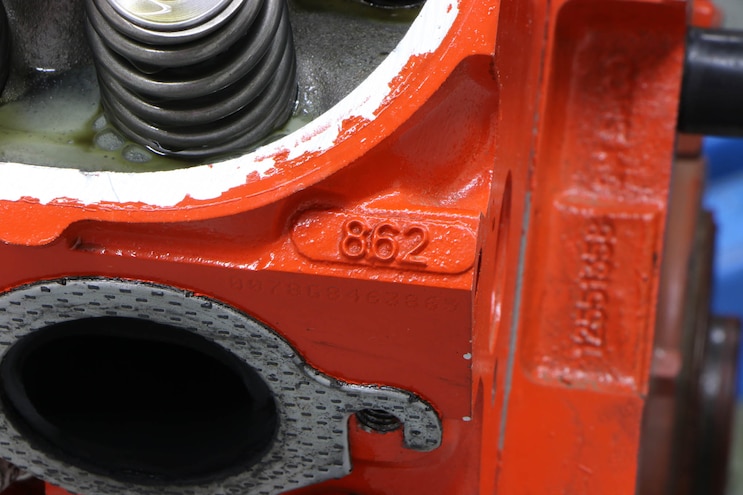 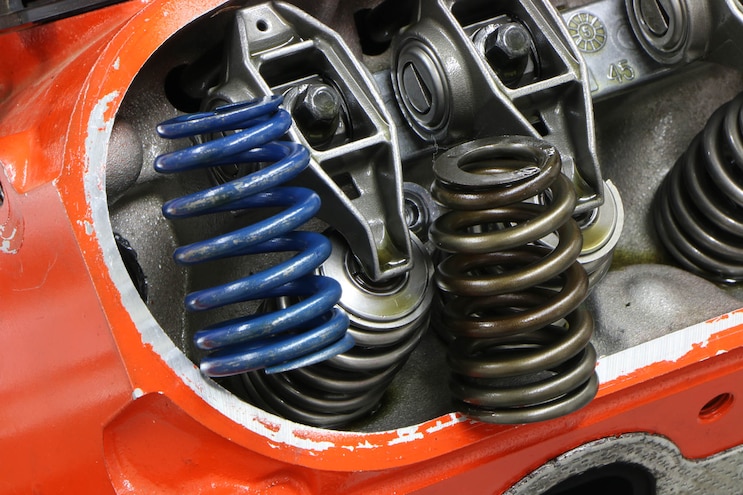 View Photo Gallery | 21 Photos
Photo 7/21   |   From a previous cam test, the 862 heads had been treated to a valve spring upgrade, though our mild torque cam from BTR can be used with factory LS3 springs. 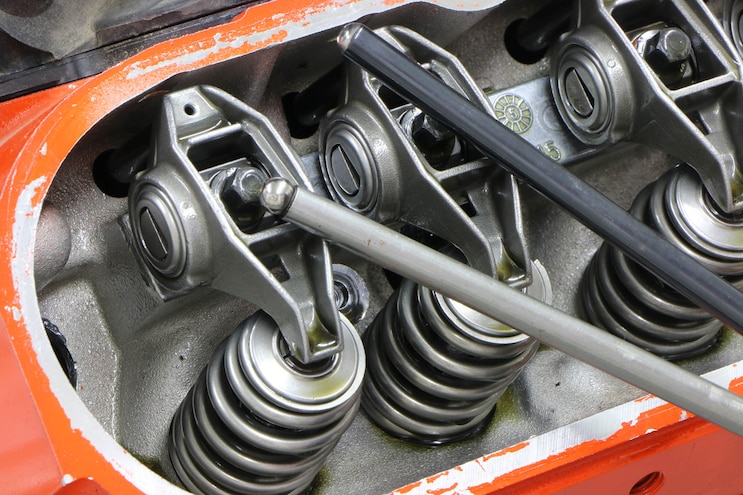 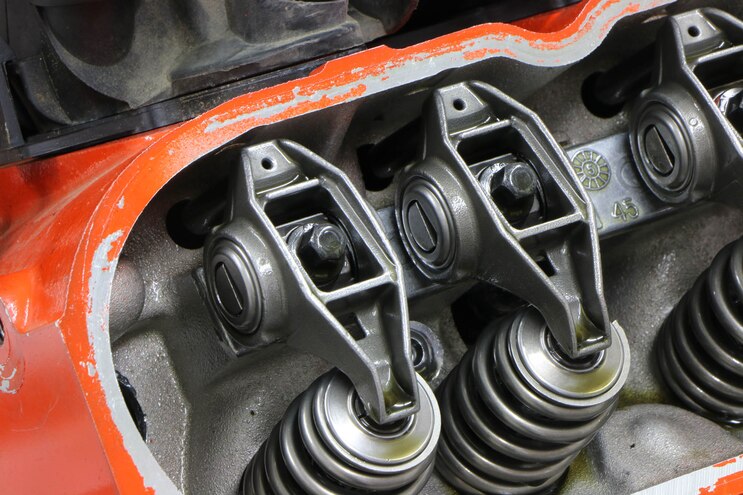 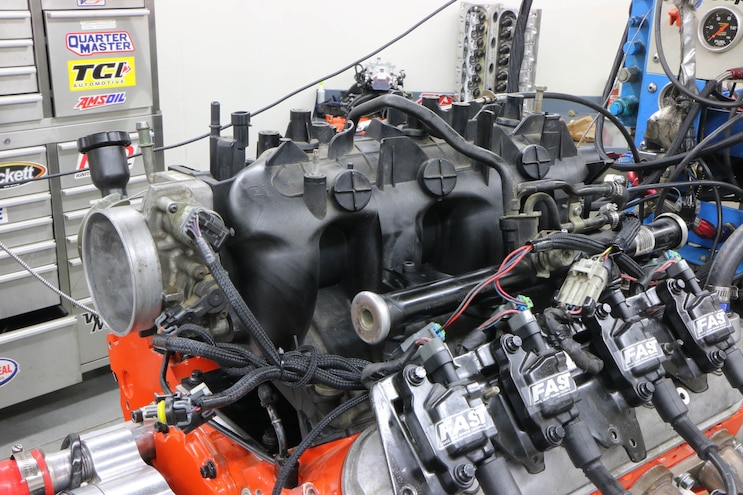 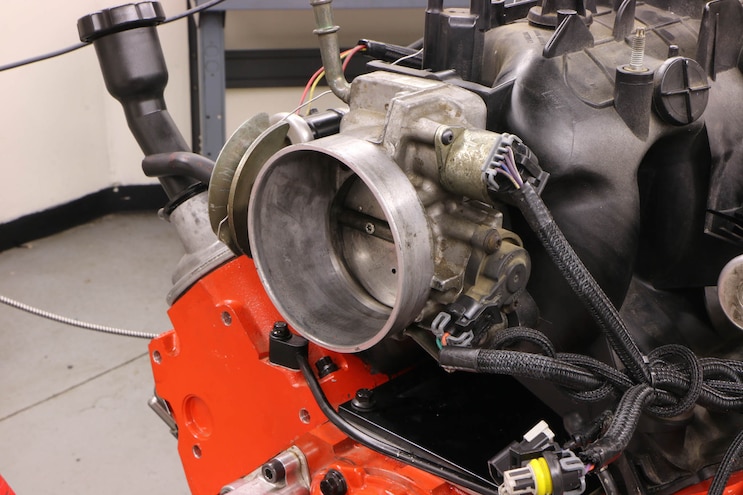 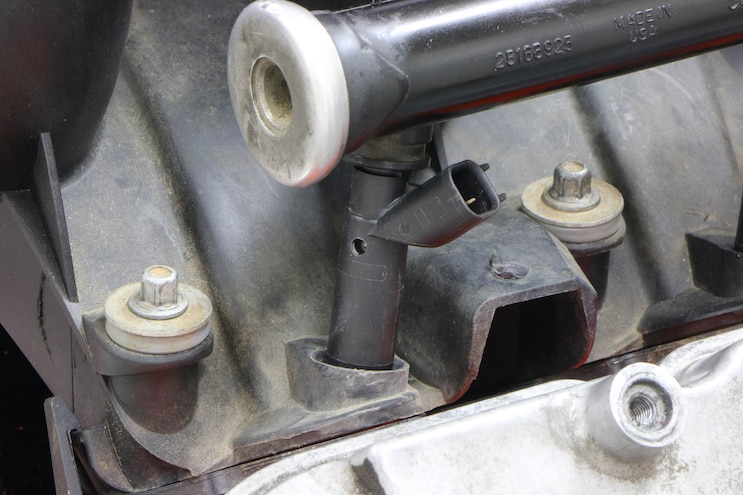 View Photo Gallery | 21 Photos
Photo 12/21   |   Because our test motor would see other testing after this BTR Torque cam swap, we installed a set of 60-pound injectors. It was necessary to space up the factory fuel rail for the taller injectors. 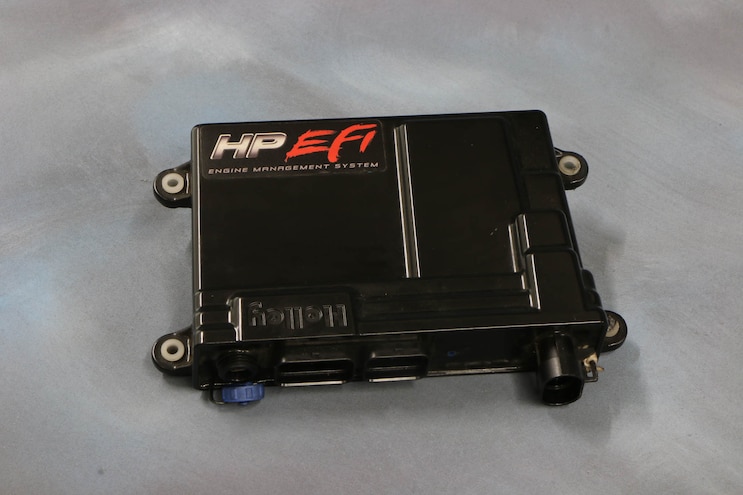 View Photo Gallery | 21 Photos
Photo 13/21   |   All testing was performed with this Holley HP ECU that allowed us to dial in the air/fuel and timing curves on the stock and cammed combinations. 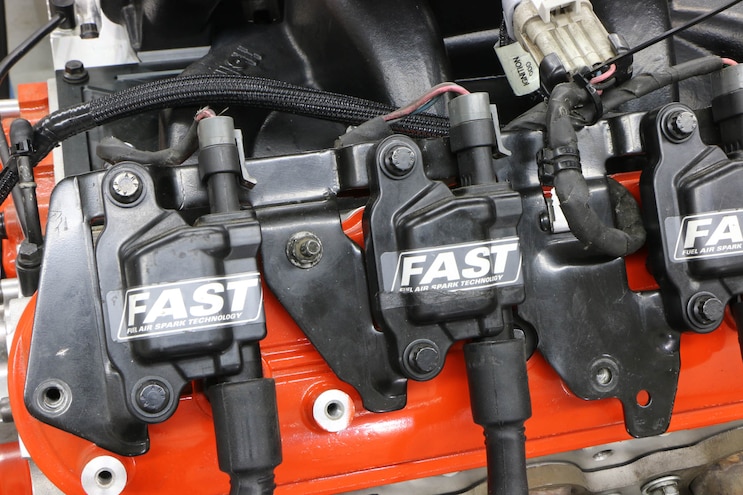 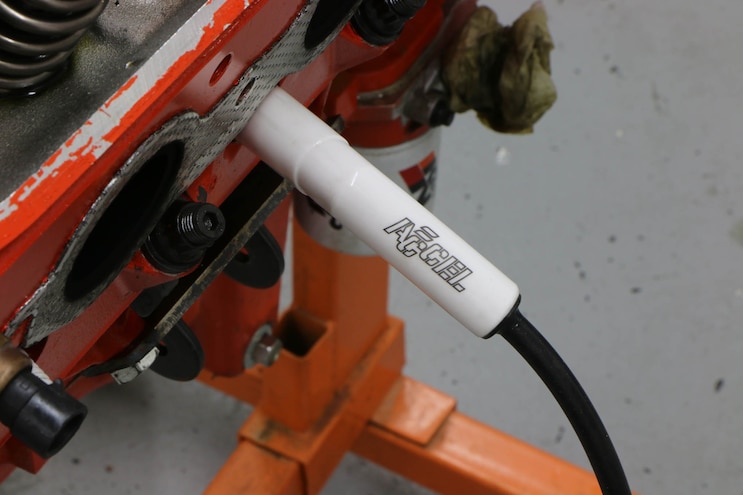 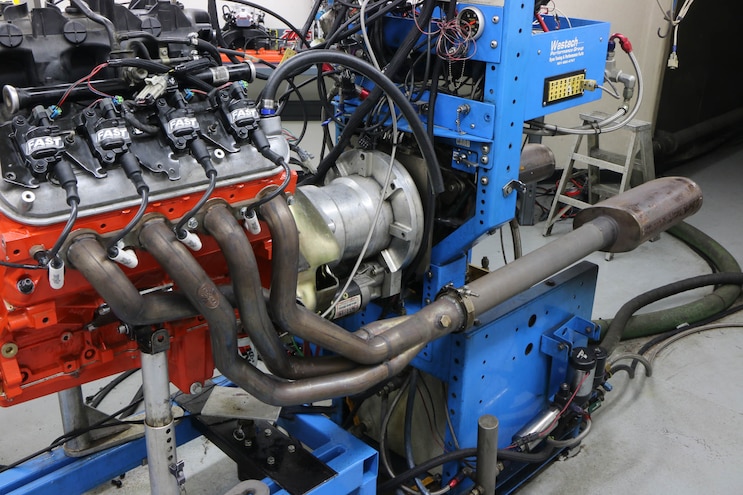 View Photo Gallery | 21 Photos
Photo 17/21   |   The 5.3L was run on the dyno without accessories. We relied only on this Meziere electric water pump to keep our test motor cool. 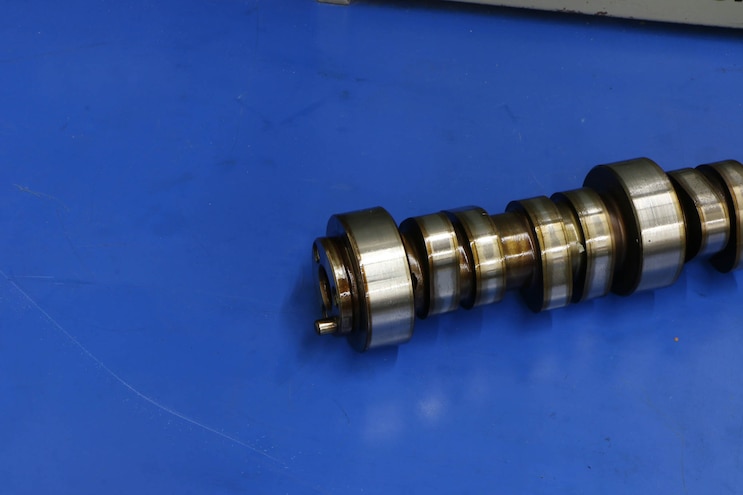 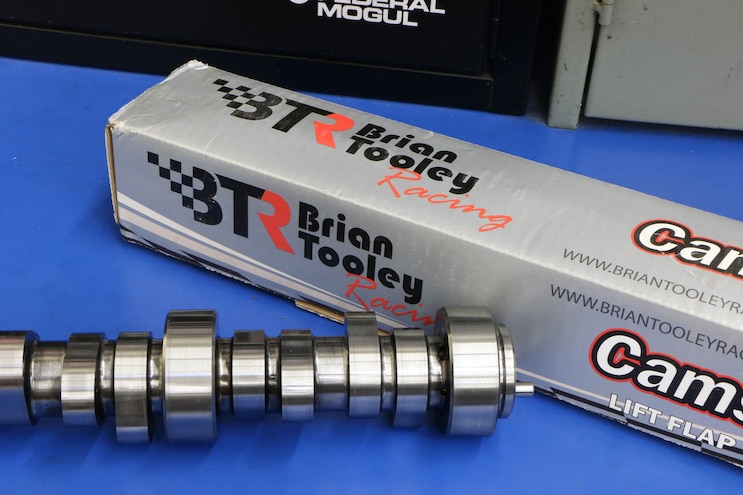 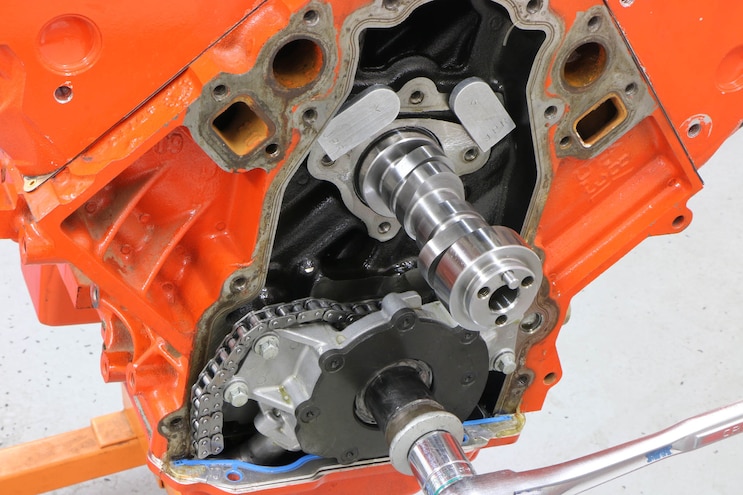 View Photo Gallery | 21 Photos
Photo 20/21   |   Out came the stock cam and in went the BTR torque cam. Swapping cams on the engine dyno was a breeze. 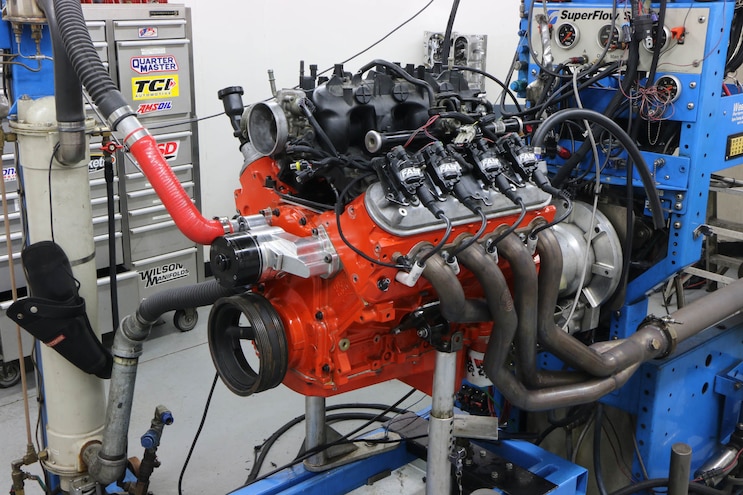 - OF
By Richard Holdener
18 Articles