Tuning up a GM HT383 crate engine to big power and torque. 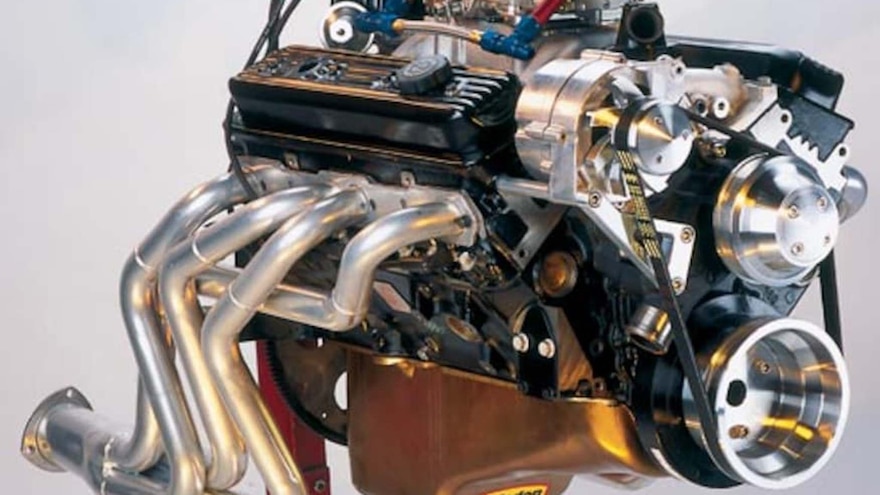 The HT383 has been available for a number of years now, and it's an excellent repower option for you GM (on non-GM) truck or 4x4 thanks to its rated 325 hp at 4,500 rpm and 415 lb-ft of torque at 3,500. It's true that GM's aluminum-headed Fast Burn 350 makes 385 hp and 385 lb-ft for just an extra $100 over the HT383's typical mail-order price. However, we'll show you that an out-of-the-box HT383 is no slouch, and just a few well-chosen add-ons can make it scream well past the limits of the Fast Burn 350's potential thanks to its increased displacement of 33 cubes. Best of all, you can add the stuff as your budget allows.
But first, buy the engine. It's PN 12497317, available for $3,895 from Scoggin-Dickey. The HT383 comes as a complete long-block with all the tin plus a water pump and an aluminum dual-plane intake. It's based on a brand-new production block with four-bolt mains and a one-piece rear-main seal plus a set of the highly touted Vortec iron heads with 62cc chambers that mate with hypereutectic pistons (18cc dish, 0.026 in the hole) for 9.1:1 compression. The cam is a very tiny hydraulic roller with 196/207 duration at 0.050 with 0.431/0.451 lift. The rods are powdered metal, but the crank is forged.
Most curiously, the HT383 uses a slightly different combo than the pedestrian 383 kits. Whereas a typical stroker uses a 400-Chevy-type crank with 3.750 stroke in a 350-type block with 4.030 bore, the new GM crate engine has a standard bore of 4.000 inches with a longer 3.800 stroke. The rods are 5.7 inches, which is stock for a 350. We initially considered comparing the 3.8-inch-stroke HT383 to an otherwise identical 3.750-stroke 383 but decided the 0.050 additional stroke length just wouldn't make that big of a difference in torque. We may be wrong, as our tuned-up crate engine made more average torque than our dyno guys had ever seen from a low-compression 383. 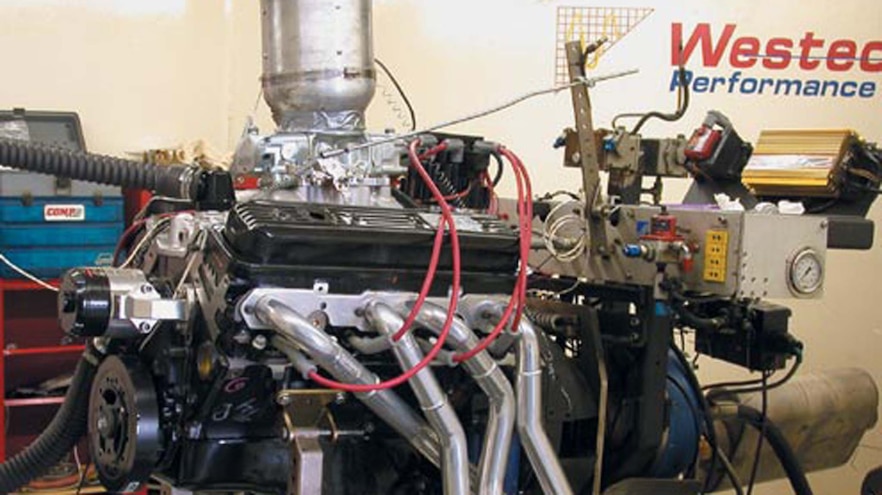 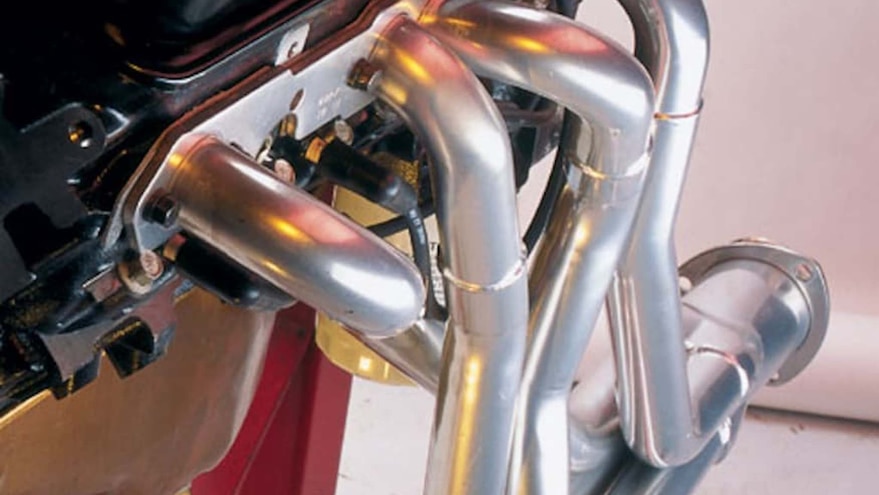 View Photo Gallery | 10 Photos
Photo 3/10   |   We wanted torque, so we chose Hedman's Tork-Step headers in an early Camaro design. The Tork-Step offerings propose to boost bottom end by using small, 1-1/2-inch tubing for the first several inches of each pipe, then stepping up to 1-5/8 tubing. Once our 383 made horsepower in the mid-400s, we tried a swap to regular 1-5/8 headers and ended up gaining a few horsepower while losing a few lb-ft of torque. As a result, the Tork-Steps remained on the engine for every dyno test in this story. 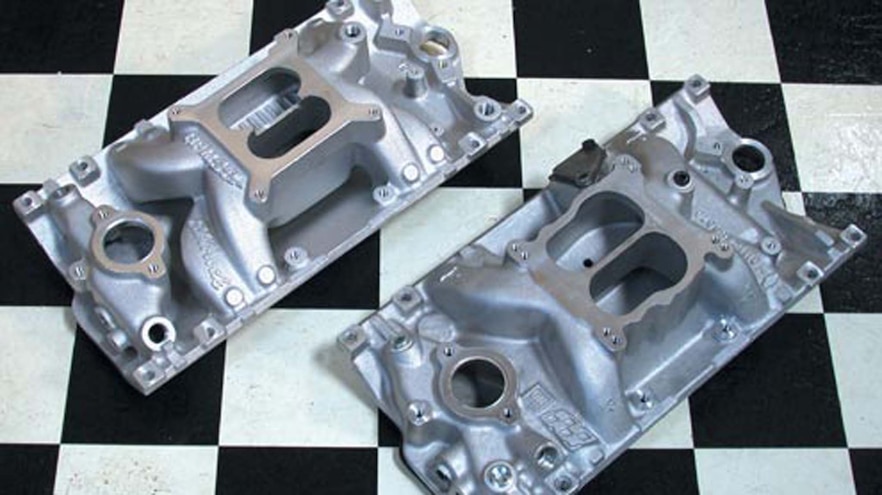 View Photo Gallery | 10 Photos
Photo 4/10   |   04 Gm383 Hop Up To 500 Lb Ft
We've yet to test a street-performance small-block Chevy that didn't run best with an Edelbrock Performer RPM intake, and the Air Gap versions might even be a bit better. Compared to Edelbrock's other manifolds, the RPM and RPM Air Gap seem to provide nearly the same peak horsepower as a Victor Jr. single-plane but with significantly more torque than even the standard Performer dual-plane. It's a best-of-both-worlds deal, a claim supported by the results on the HT383.
The crate engine is delivered with a medium-rise dual-plane intake with EGR provision. Traditional thinking is that smaller intake volume tends to boost low-end torque, yet a swap to the high-rise RPM Air Gap dual-plane made 10-20 more lb-ft and 5-40 extra horsepower. The 70/76 jetting in the Road Demon still seemed optimal.
Also, check this out: We've found that a 1-inch carb spacer is generally worth a dollop of horsepower, but not on this particular combo. We tried both four-hole and open spacers on the HT383, with both the carbs we tested and both the camshafts, and they weren't ever worth squat. In fact, the four-hole killed a whopping 25 lb-ft in one test. So for this engine, don't use a spacer.
Power
Peak HP: 370.0 @ 4,600 rpm
Peak Torque: 466.6 lb-ft @ 3,700 rpm
Average HP, 2,500-4,800 rpm: 309.9
Average Torque, 2,500-4,800 rpm: 447.1 lb-ft
Torque @ 2,500 rpm: 442.5 lb-ft 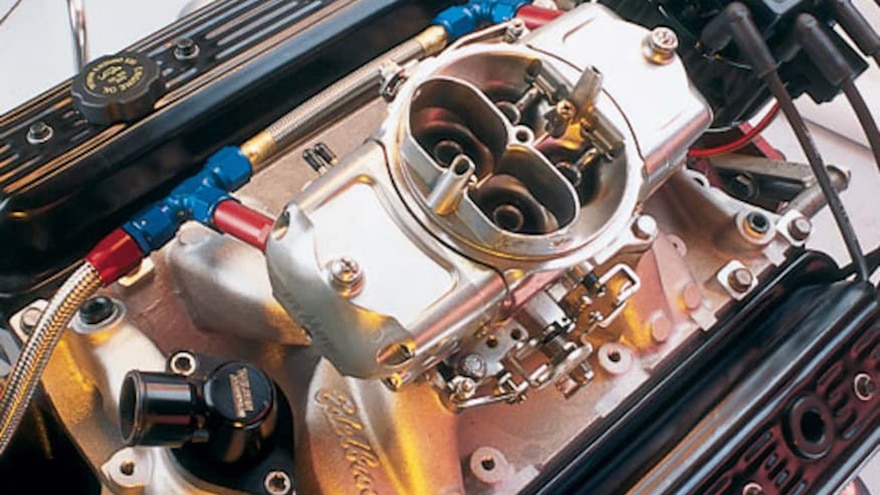 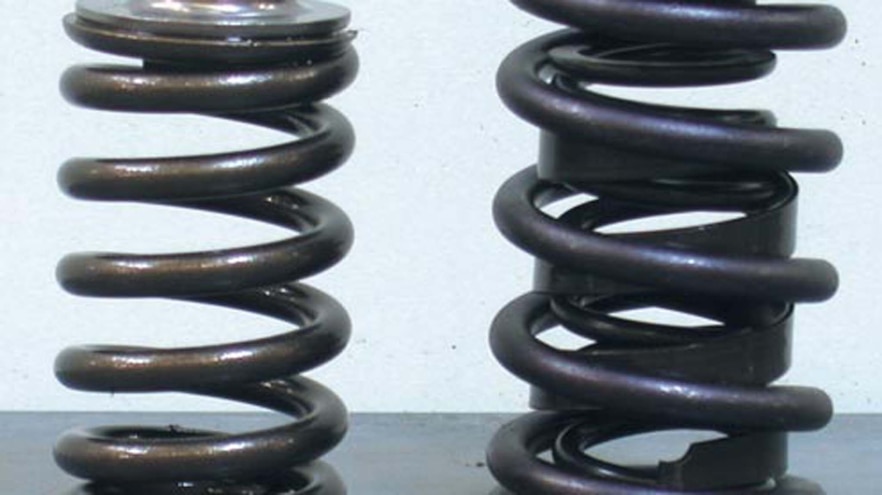 View Photo Gallery | 10 Photos
Photo 7/10   |   In addition to the seat work, the valve guides must also be cut down in overall diameter to accept small Viton valve seals, and the height of the guides needs to be trimmed to avoid retainer-to-guide interference with valve lift over 0.490 inch. 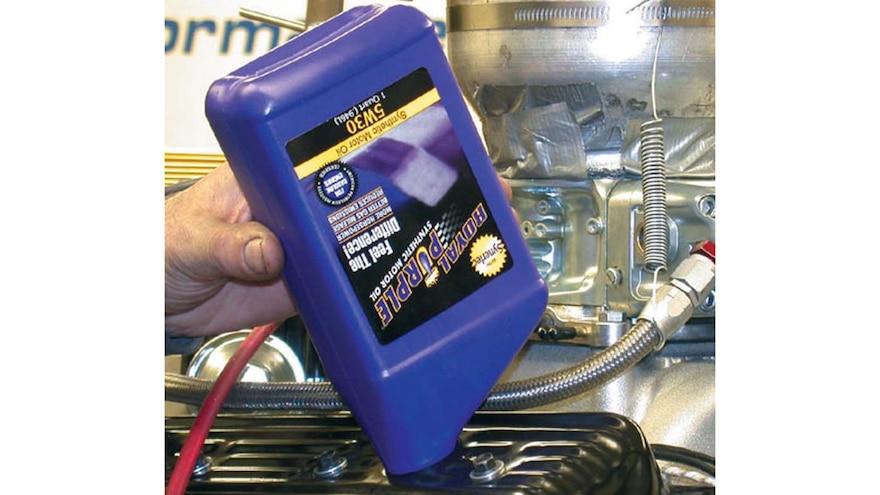 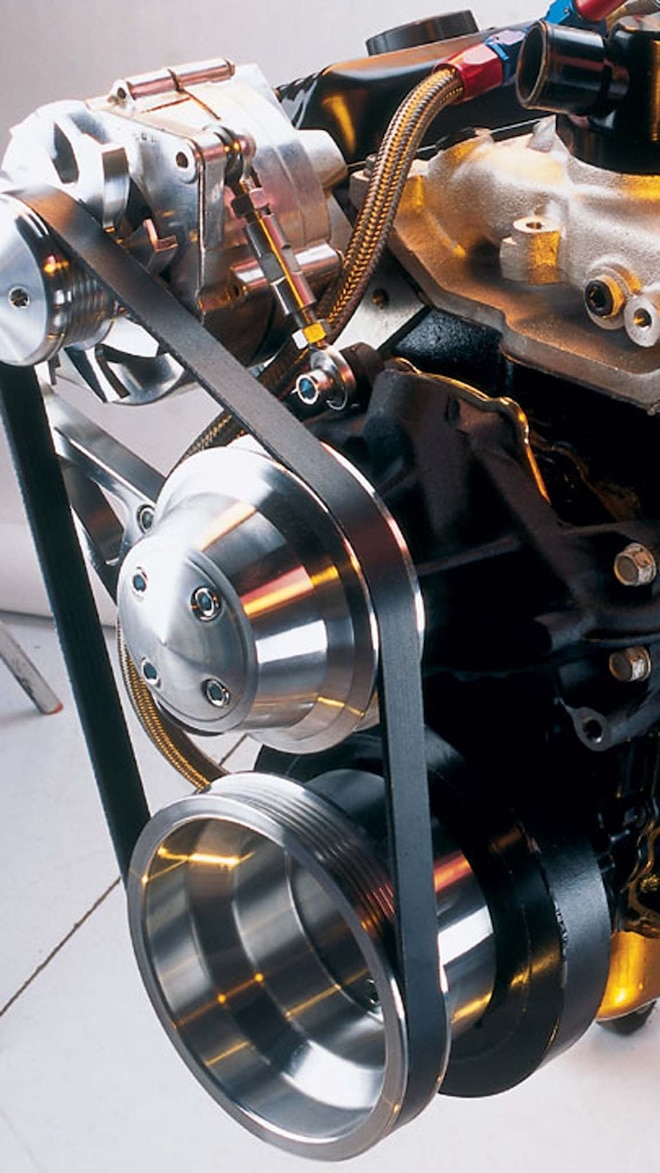 View Photo Gallery | 10 Photos
Photo 9/10   |   09 Gm383 Hop Up To 500 Lb Ft
We've seen lots of articles about underdrive accessory pulleys for late-model cars, but you may not be aware that March Performance also sells them for carbureted performance applications. In the case of the long-water-pump small-block Chevy, you've got a choice of Performance Ratios or High Water Flow Ratios in either V-belt or six-rib-belt designs. Either way, you can use March's high-performance alternator brackets to replace the ungainly stock bracket.
While March always recommends High Flow pulleys for stroker applications such as the HT383, or for nearly any real street car, we decided to compare them to the Performance Ratio set on the dyno. March warned that the biggest power gains are seen when underdriving accessories such as power steering, smog pumps, and air conditioning, but we tried them with an alternator alone. First came the performance ratio, and to our surprise, it made perhaps 1 horsepower less than the electric water pump. Call that testing variance. For practical purposes, it was the same. However, the high-flow ratio must truly flow more water, since it drew an extra 7 hp and 7 lb-ft on average throughout the curve. We'd gladly give that up for the extra cooling; it's nothing like the horror stories we've heard of losing 20 hp to a water pump. 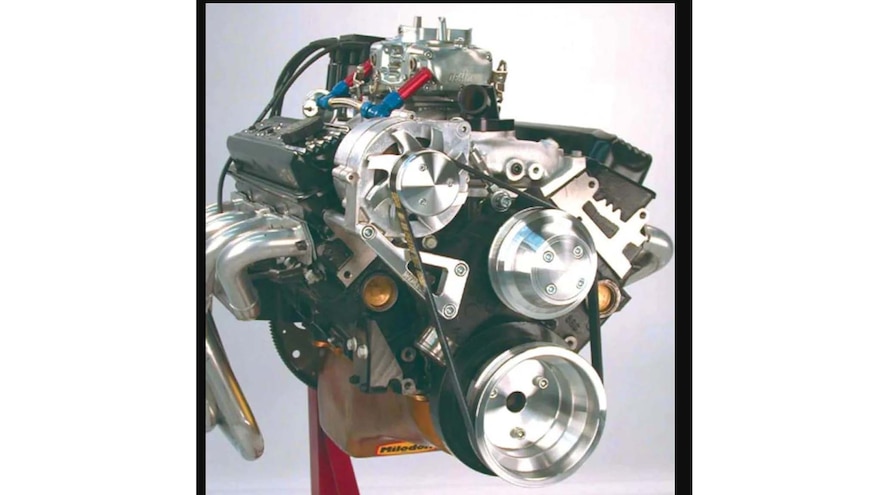 View Photo Gallery | 10 Photos
Photo 10/10   |   This is the trick six-rib-belt setup from March; it tends to slip less and throw belts off less often than a V-belt setup. Regardless of your choice of belt style, we wholeheartedly recommend the March alternator bracket. It's far better looking than the stock bracket, more rigid, easier to adjust, lighter, and won't cause hassles with the intake-manifold design like a stocker can.

- OF
By Jim Brown
3 Articles