Clearing the air on smog-check truths and myths for oil burners in the Golden State. 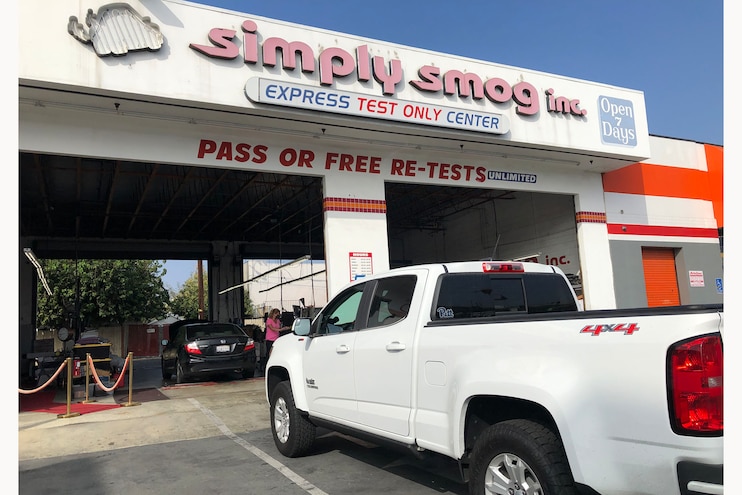 For performance-minded diesel enthusiasts across the U.S. but especially in California, until 2010, one of the benefits in owning a diesel-powered vehicle (typically a pickup truck) was that when it came to modifying engines for increased horsepower and torque, the possibilities were theoretically endless. One of the main reasons for this is because in years prior, California's emission inspection for diesels was nowhere near as stringent as it was for modified gas-powered trucks and cars. Seriously.
For example, until only a mere 10 years ago, a 2008 Dodge Ram 2500 with a modified 6.7L Cummins engine (EGR and DPF deletes, big injectors, compound turbochargers, etc.) was not subjected to the same type of technological or visual scrutiny that the state would give its gas-driven counterpart—especially for violations like removing the EGR and DPF—with regard to evaluating the amount of hydrocarbons (HC), carbon monoxide (CO), and nitrogen oxides (NOx) it emitted. However, as it was for gassers, upgrade parts on that same diesel rig had to be endorsed (with executive order numbers) by the California Air Resources Board (CARB).
While the irony still gave performance-modified street diesels an aura of "outlaw" in California, non-compliant owners gladly welcomed doing whatever it took to get around or somehow pass a visual check (in some instances, we are told, visual checks for diesels actually were not really a big concern for most inspectors) versus being tested for adherence to strict parameters for exhaust particulates.

Yes, things definitely changed in 2010, because that's when CARB laid down a law requiring trucks, cars, and any other diesel-powered vehicles that are 1998 and newer, and have a GVWR of 14,000 pounds or less, to be smog checked every two years. Not adhering to this requirement prevents an owner from registering a vehicle. 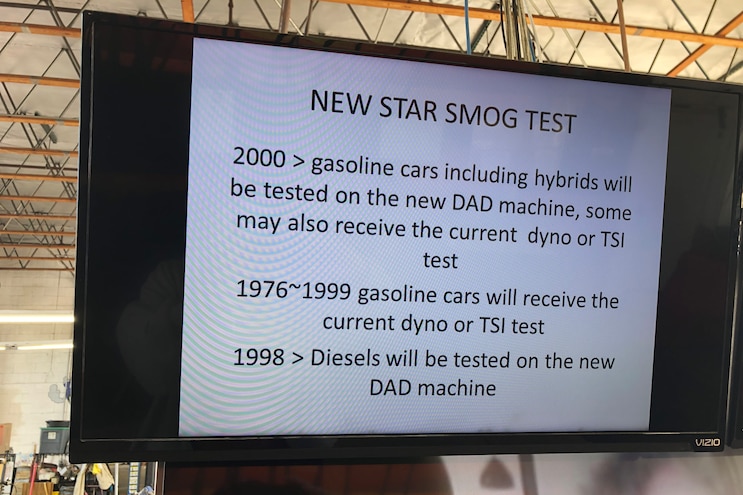 View Photo Gallery | 15 Photos
Photo 2/15   |   014 Evaluating Emission Tests For California Diesels
Now, when we say "smog check" for today's diesels—or any vehicle registered in California—it's important to understand that this is not the dynamometer and tailpipe-sensor test of yesteryear; the evaluation that still makes any old-school gasoline hot-rodder worth his or her salt cringe with anxiety over how "dirty" the exhaust-gas analyzer determines a vehicle is. The dyno and "sniffer" are has-beens now for the most part, only used for testing gassers of 1975 to 1999 vintage. In California, the new-era diesel emission test is made up of three segments: 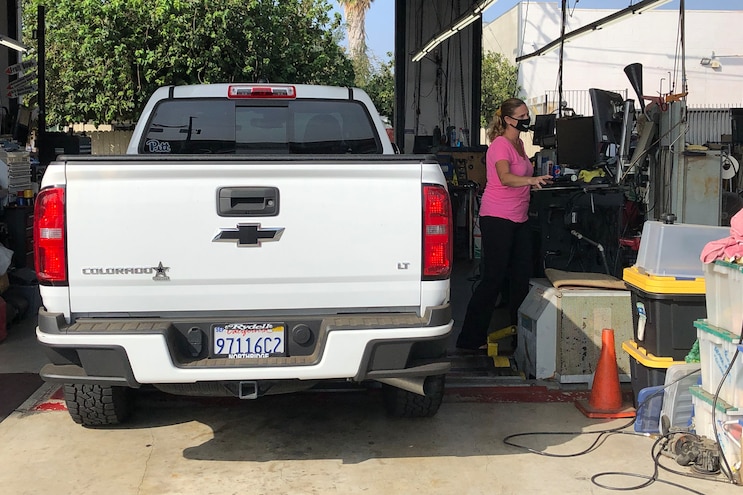 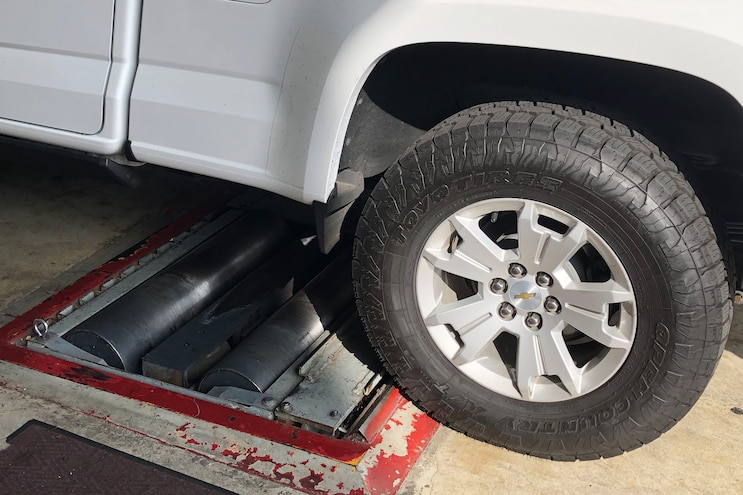 From a performance perspective, the ten-year-old inspection measures put a heavy onus on diesel's strong aftermarket to develop parts that work (help increase power, torque, etc. ), retain critical stock emission pieces, and still meet all of CARB's requirements for an E.O. number. Companies such as Banks, BD Diesel Performance, Edge Products, Industrial Injection, and others are doing this now and offer great upgrade pieces that are 100 percent legal in 50 states. And, more important, ECM tuners are developing calibrations for the new hardware (and standalone "emissions-intact" programs) that focus on reducing particulate output without defeating or bypassing electronic commands that are associated with emission controls. In the big picture, this is good for the industry as a whole, not just in California.

With our 2016 Chevrolet Colorado LT needing a smog check to complete its 2021 registration, KJ Jones presents you with a photo and video explanation of what the process entails, including making note of an important pre-test task (for tuned rigs): ensuring the ECM is functioning with stock calibration. 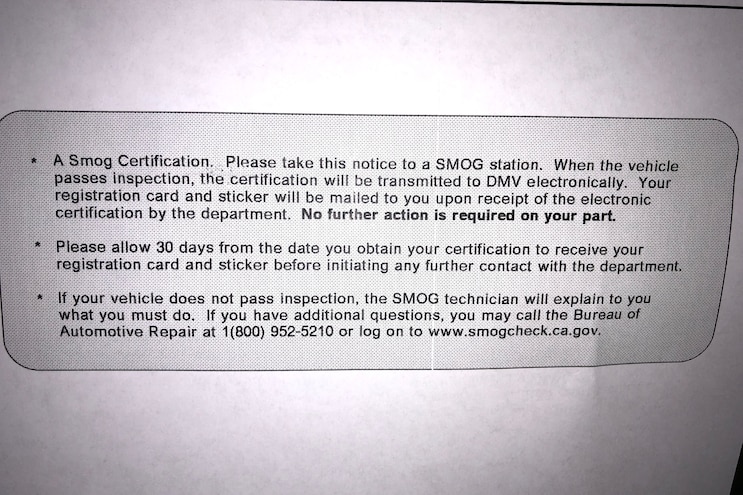 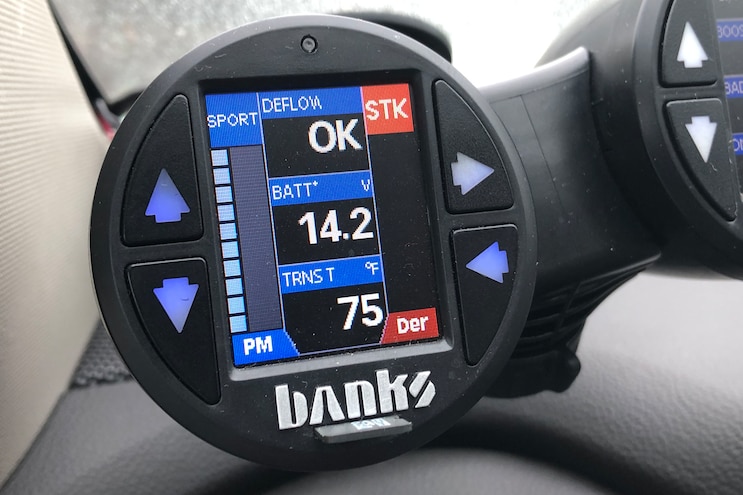 View Photo Gallery | 15 Photos
Photo 9/15   |   007 Evaluating Emission Tests For California Diesels
While not required, KJ also filled the DEF reservoir with Old World Industries' all-new BlueDEF Platinum diesel exhaust fluid, which is blended with synthetic urea that is much purer than urea in the original BlueDEF, deionized water, and OWI's proprietary Advanced System Shield Technology, a formula that helps reduce deposits.
For rigs that are in compliance visually, and per checks performed by the computer, the inspection (ours was performed by Elisabeth Booth of Simply Smog in Northridge, California) is a hassle-free, 15-minute process. And, once it's over and fees are paid, a diesel-powered vehicle can once again be legally registered and driven in California. 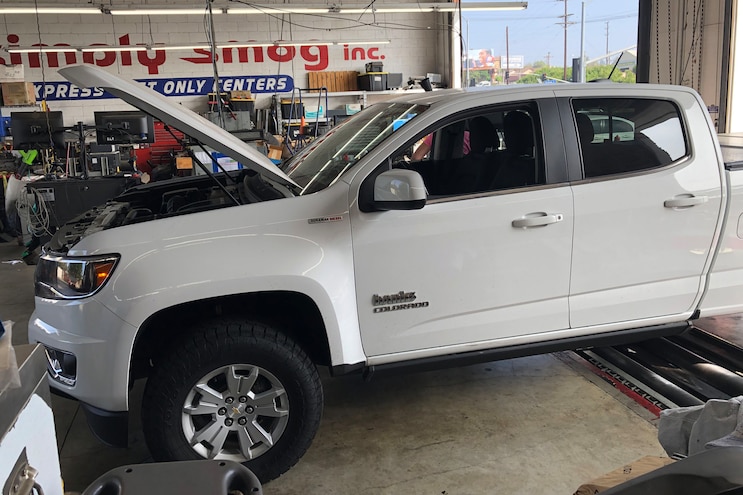 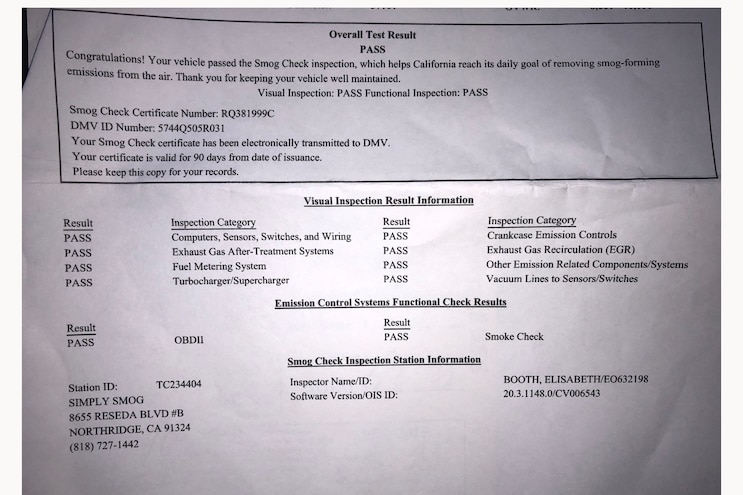