Turning a GM LY6 Engine Into an LS3 for More Power

We take a junkyard engine and make it the equivalent of an LS3. 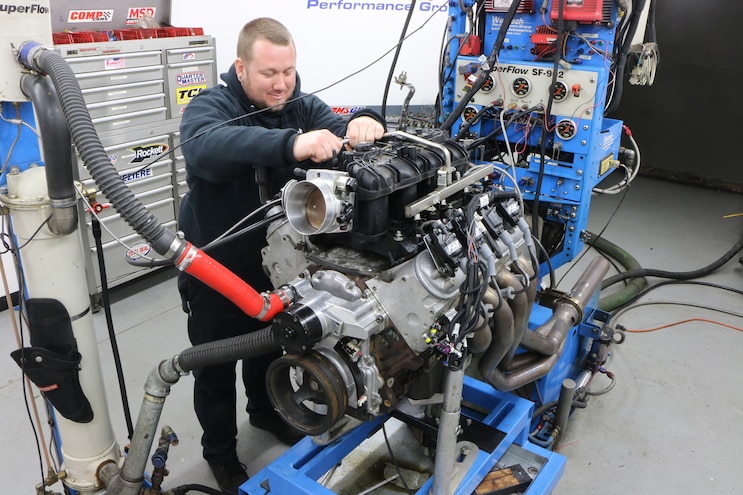 In case you haven't been keeping up on current events, junkyard LS engines are all the rage. You see, rather than spend big money to go out and build an engine, you can pull a complete running one for pennies on the dollar. Every bit as important is the fact that the complete engine comes with all the little nuts and bolts that can cause endless hours of frustration and expense when building one from scratch. The most popular junkyard jewel is still the 5.3L, as it is both the most prevalent and affordable. Used in millions of Chevy and GMC trucks, the venerable LM7, or other such 5.3L variant, has become the go-to swap engine for imports, turbo trucks, and early muscle cars. As good as the little 5.3L is, we had our heart set on something a little bigger. After all, bigger really is better.

Though the next step up the LS ladder is the 5.7L, GM hasn't produced the LS1 for some time, and besides, we wanted the even bigger 6.0L. Though the bigger truck engines command a premium price, a 6.0L will always make more power than a smaller 5.3L with equal parts. The extra torque offered by a 6.0L will always come in handy, especially on a heavy vehicle. 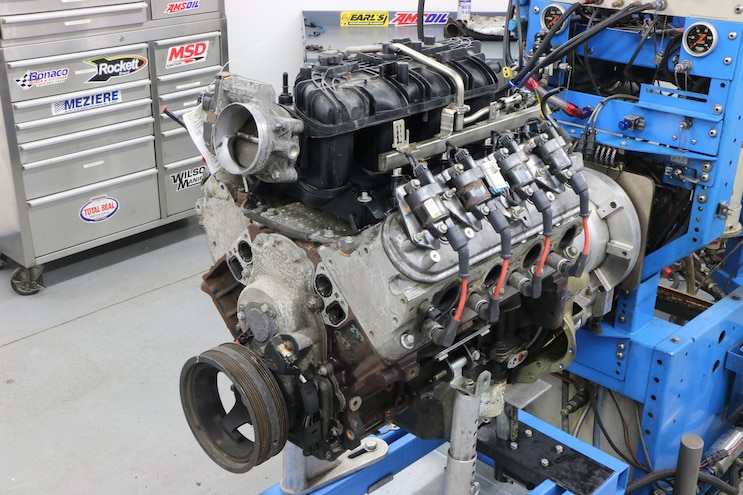 Once we decided on a 6.0L, we needed to home in on the specific version, as GM offered a variety of different 6.0L combinations over the years. The most common version was the LQ4. Originally equipped with iron LS heads (yep, that's right), the LQ4 was quickly upgraded to aluminum 317 heads in 2000. Used as the base 6.0L, the LQ4 featured dished pistons, a mild cam (very mild in 1999-'00) and the 317 (cathedral port) heads. Depending on the application, the LQ4 was rated between 300 and 325 hp and 360 to 380 lb-ft of torque. One step up from the LQ4 was the higher-compression LQ9. The LQ9 was basically an LQ4 with flat-top pistons and was rated at 345 hp and (oddly enough) an LQ4-matching 380 lb-ft of torque. What we had our eye on was a Gen IV LY6, and the reasons for this choice were numerous. The 2007-up LY6 6.0L featured the Gen IV upgrades to the block and connecting rods, along with slightly higher compression (9.6:1 versus 9.4:1). What really sealed the deal on the LY6 was the use of LS3-style rectangular port heads. The 823 aluminum heads offered peak flow numbers of 317 cfm—a jump of over 65 cfm per runner compared to the 317 heads used on LQ4s and LQ9s. We like to think of the LY6 as a smaller, iron horse version of the all-aluminum LS3. 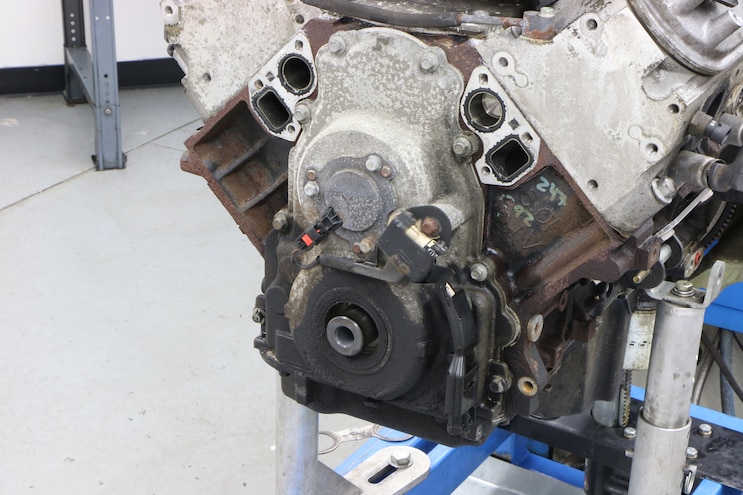 View Photo Gallery | 20 Photos
Photo 3/20   |   For our dyno test, we headed over to Westech Performance in Mira Loma, California, where we first had to replace the VVT cam and front cover assembly with a conventional cam and cover. 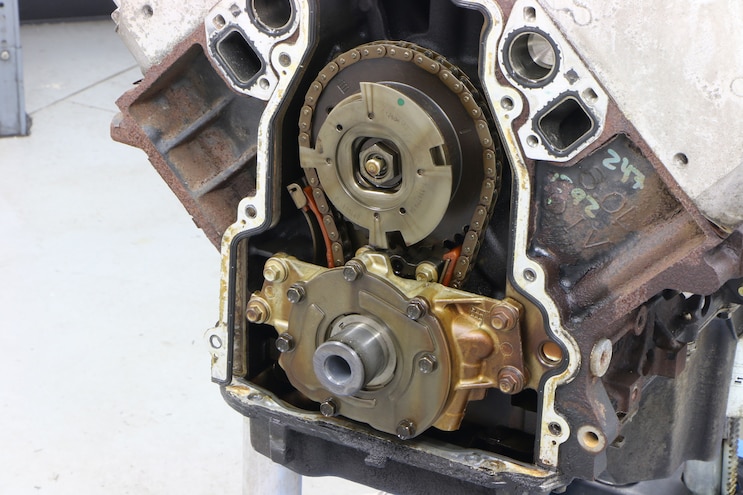 View Photo Gallery | 20 Photos
Photo 4/20   |   Off came the damper and front cover to allow access to the single-bolt cam gear. 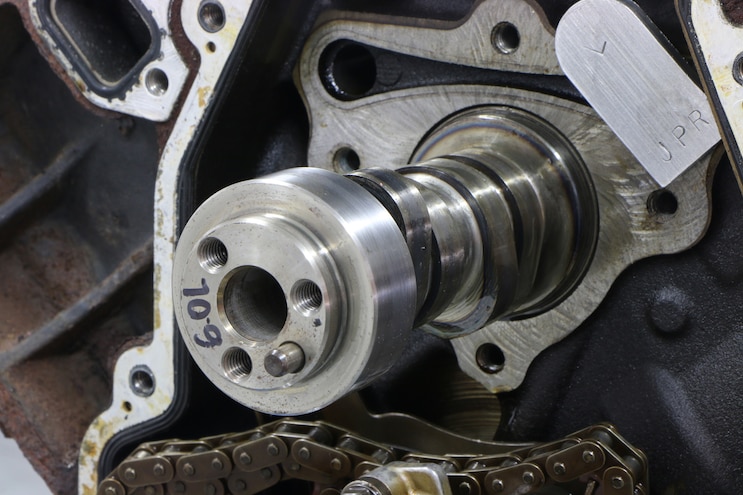 View Photo Gallery | 20 Photos
Photo 5/20   |   We replaced the VVT cam assembly with an LQ9 three-bolt cam. This cam shared specs with the VVT cam, minus the adjustability. 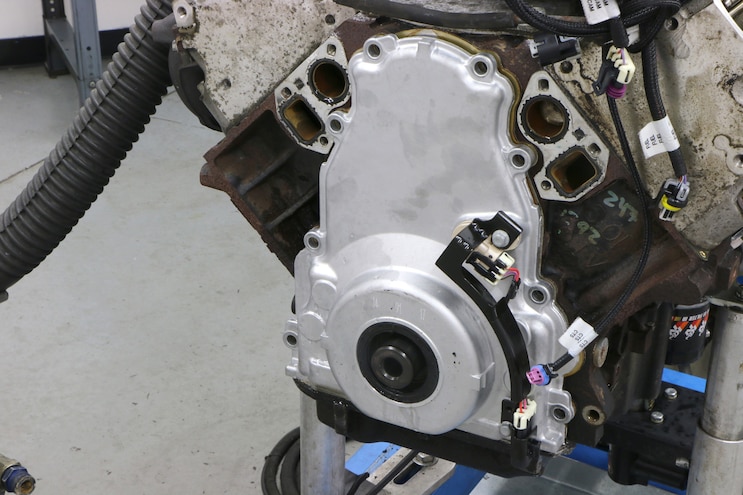 Perhaps one of the biggest upgrades to the LY6 compared to the LQ4 and LQ9 combinations was the use of variable valve timing, or VVT. The VVT mechanism essentially advanced and retarded the cam profile under different driving conditions to improve things like idle, power, and drivability as well as reduce emissions. Unless you run the LY6 with a factory ECU designed for use with VVT, you will need to replace the VVT cam with a conventional unit. This is the route we figured most swap guys would take, and it's exactly what we did on our LY6. To establish a baseline before upgrading to LS3 status, we installed a fixed LQ9 cam. This factory cam profile was nearly identical to the VVT cam, minus the ability to advance and retard the cam timing. 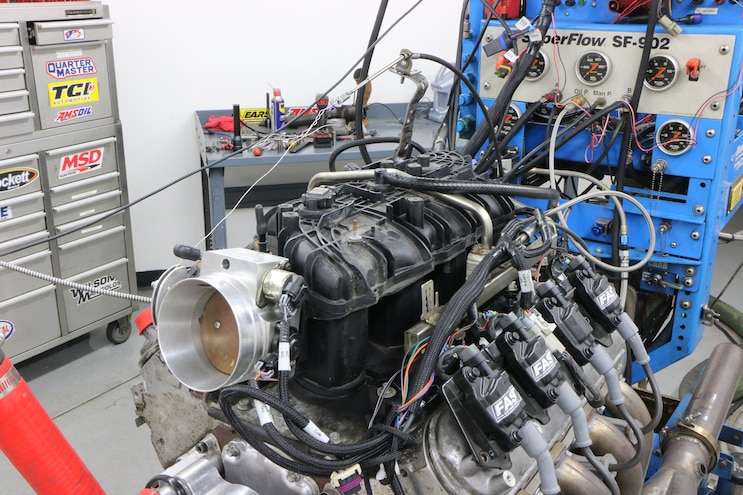 View Photo Gallery | 20 Photos
Photo 7/20   |   The LY6 was equipped with a rectangular port truck intake designed to accept the factory drive-by-wire 90mm (measured at 87mm) throttle body. We relied on a FAST 92mm throttle body for both the LY6 and LS3 intakes.

We also replaced the factory drive-by-wire 90mm throttle body used on the LY6 with a manual 92mm unit. For both the LY6 and LS3 upgraded version, we relied on Hooker 1 7/8-inch long-tube headers, a Holley HP ECU, and Meziere electric water pump. Run in this configuration, the LY6 produced peak numbers of 443 hp at 5,400 rpm and 467 lb-ft of torque at 4,500 rpm. 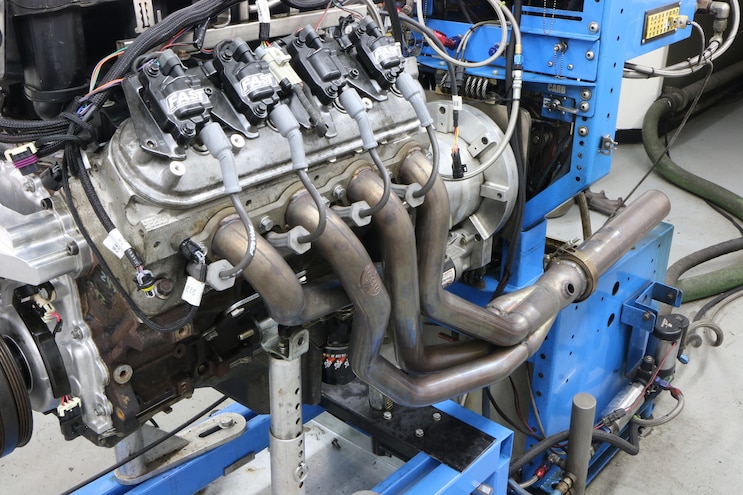 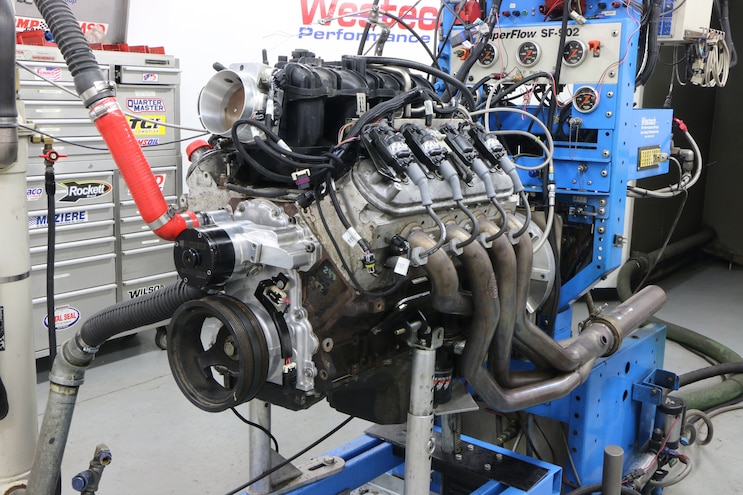 Since the LY6 already featured the rectangular port 823 heads, all we needed to complete the LS3 transformation was the LS3 cam and intake manifold. Truth be told, we compared the low-profile LS3 intake to the LY6 (truck) intake, and there was almost no difference in power between the two. The LS3 intake might be a better option for tight-hood-clearance applications, but from a performance standpoint there was little to choose from between the two. 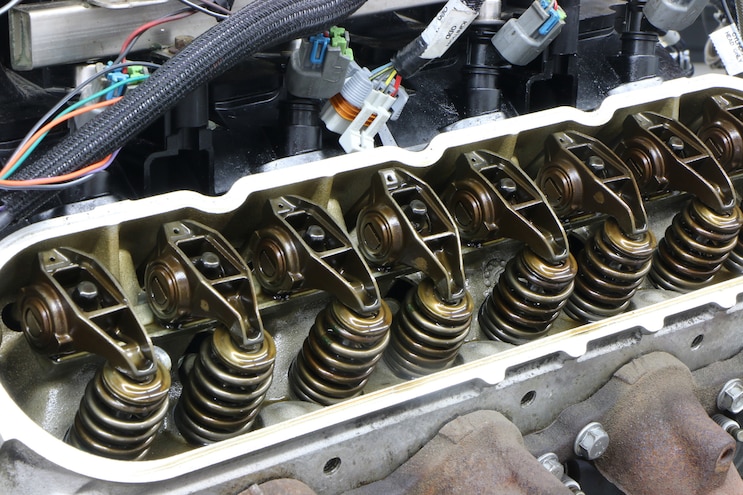 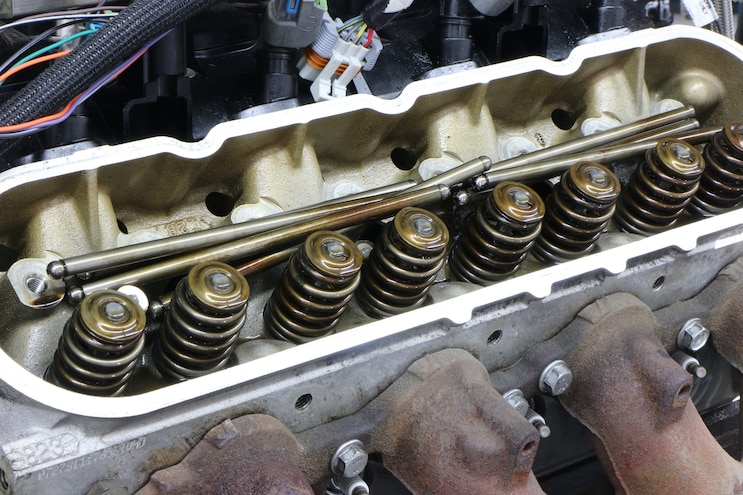 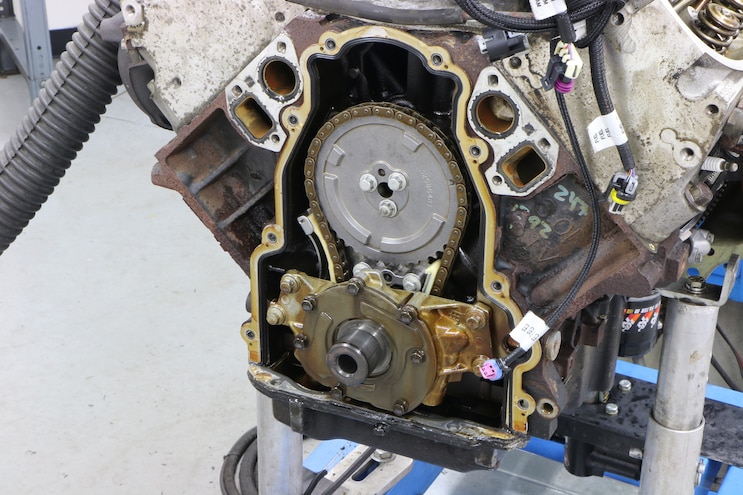 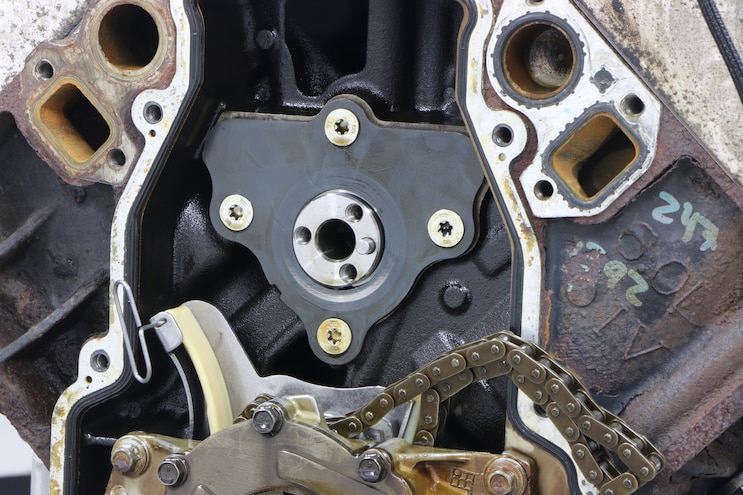 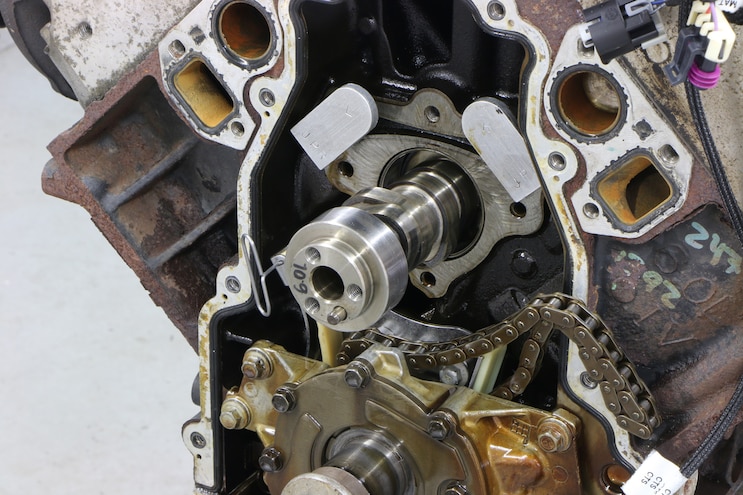 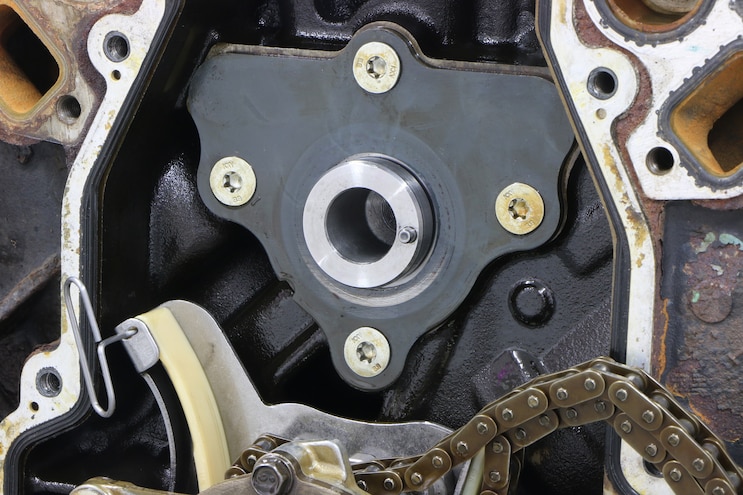 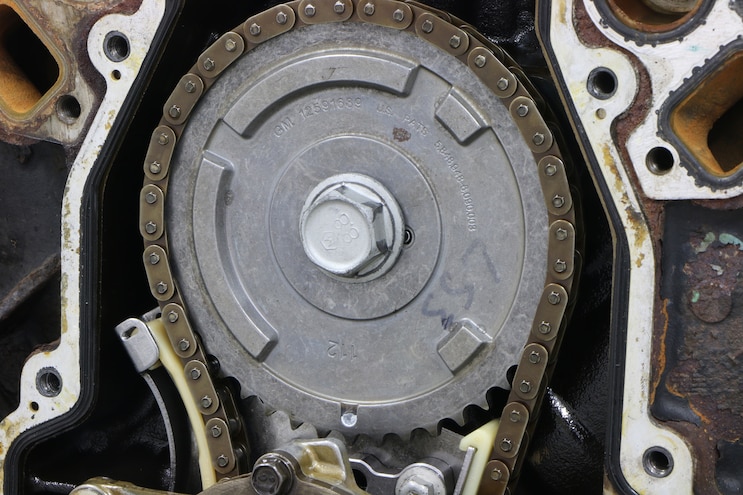 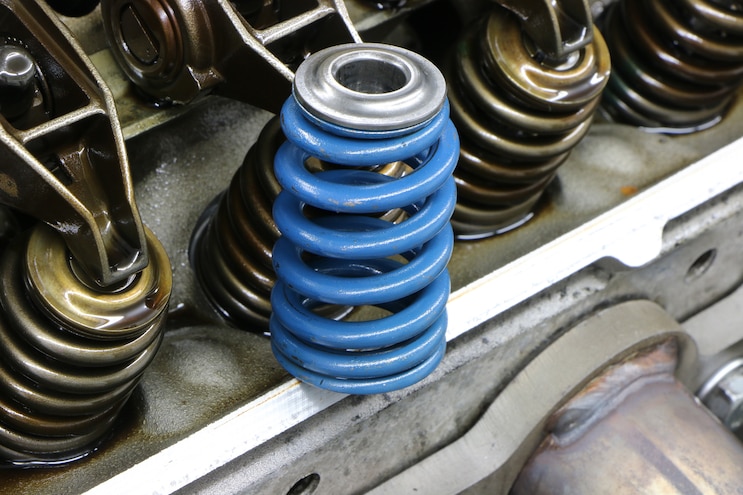 View Photo Gallery | 20 Photos
Photo 17/20   |   The LY6 heads featured valvesprings that tested identical to the factory LS3 springs. There was no need to replace the springs for this LS3 cam upgrade. 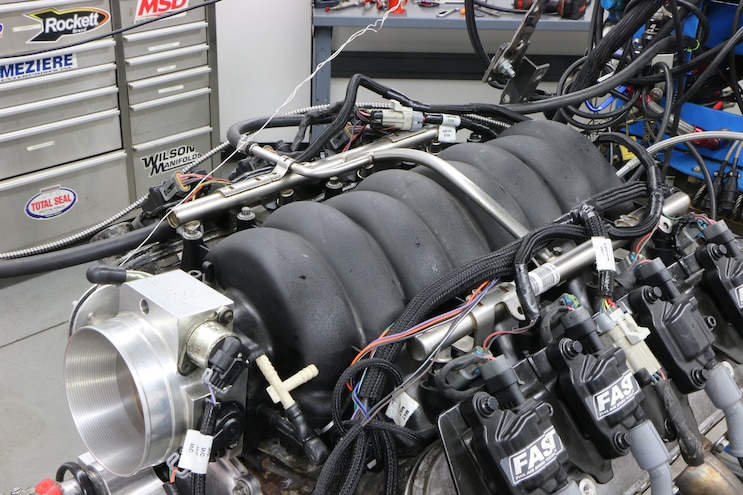 View Photo Gallery | 20 Photos
Photo 18/20   |   Completing the LS3 upgrade was a switch to the low-profile LS3 intake. There was actually very little difference in power between the LY6 and LS3 intakes. The LS3 intake will just fit more applications where hood clearance is an issue. 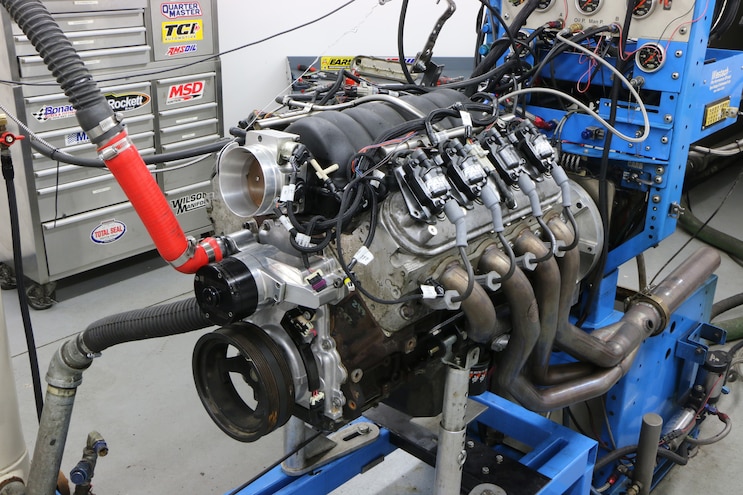 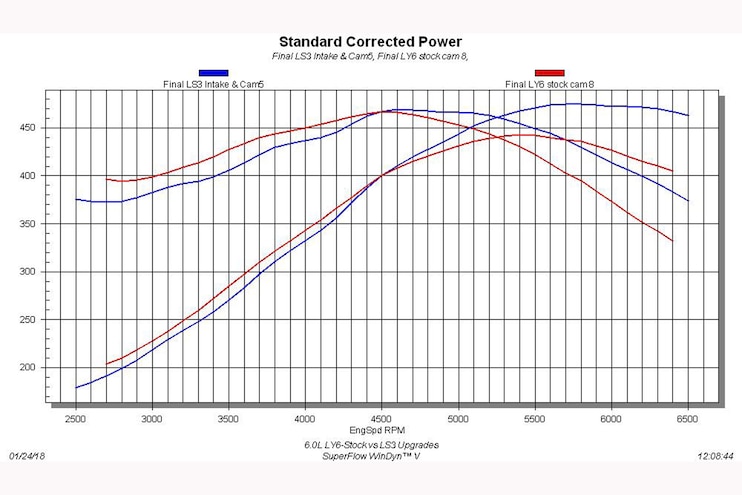 After installation of the LQ9 cam, the LY6 6.0L proved to be a decent performer, producing peak numbers of 443 hp and 467 lb-ft of torque. Torque production exceeded 450 lb-ft for a 1,000-rpm spread. For guys looking to upgrade their iron horse 6.0L truck engine to LS3 status, the gains were pretty impressive. The smaller 6.0L was down on both displacement and compression compared to the 6.2L LS3, but that doesn't mean it won't benefit from the cam and intake (OK, maybe just the cam). After installation of the LS3 cam and intake, the peak numbers jumped to 475 hp and 469 lb-ft of torque. These numbers put the LY6 above a stock LS2 run under the same conditions and only 18-20 hp shy of a very pricey LS3.

- OF
By Richard Holdener
15 Articles