How to find Chevy’s largest-displacement engine 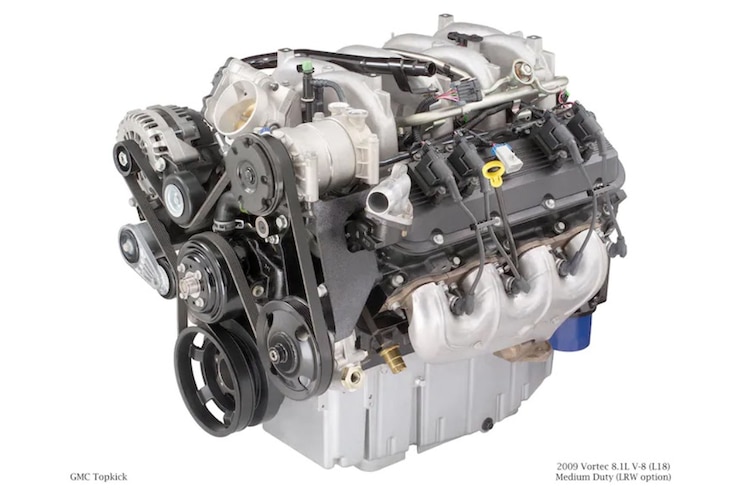 So you've decided you want an 8.1L engine in your muscle car or your tow rig, and who can blame you? They make more torque at 800 rpm than a factory LS1 produced at any point in its rpm range. Because they were also intended for marine and medium-duty truck use, they were subjected to grueling development tests, including the "Marine Dock" test that involves running the engine at full throttle for 55 minutes and then idling if for five minutes, 300 times. In other words, they're incredibly durable.

With both Ford and Dodge dropping big-blocks in favor of V-10 gas engines in their heavy-duty trucks for the past several years, up until recently GM was the last OEM to produce big-block passenger vehicles into the 21st century, and the 8.1L had many of the advancements that make GM's Gen III small-blocks so successful. The factory fuel-injection system and engine diagnostics are more advanced, and their cylinder-head ports are similar to the cathedral ports you'd find on an LS1—only larger—flowing around 285 cfm on the intake. They also use coil-on-plug ignition with a crank trigger for accurate spark timing. With those improvements, they still use the same engine mounts, bellhousing bolt pattern, exhaust bolt pattern, and starter that are found on a traditional old-school big-block Chevy, which makes bolting one into your car or truck relatively straightforward. But where to find one?

What They Came In 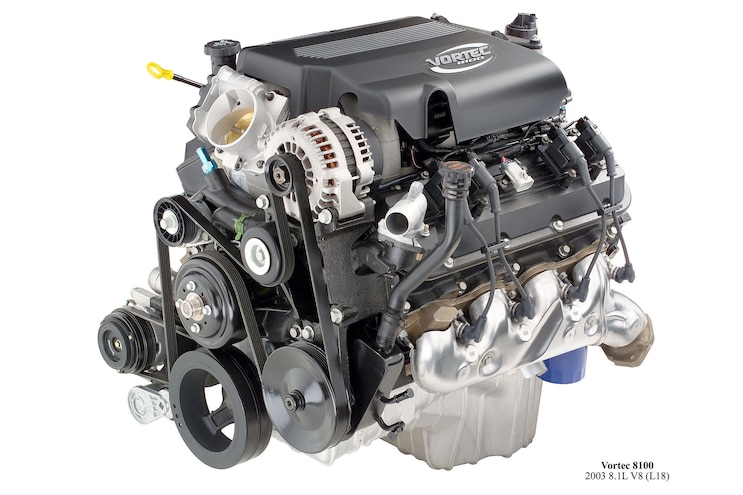 If you want Air Conditioning

Light truck and SUV applications will be the easiest to find, and they're the best bet for a complete engine if you don't plan on using air conditioning. Unfortunately, their accessory brackets mount the A/C compressor low on the passenger side, which is likely to interfere with the frame.

If you want air conditioning, the accessory drive from a Kodiak or TopKick will be the best bet. Engines with option code LRW mount the A/C compressor high on the driver side. The air-brake-equipped trucks with option code KDZ will mount it high on the passenger side. You can eliminate the brake air compressor and its related idler and reroute with a shorter serpentine belt.

What about Front Accessories?

Although they look like they'd fit, the accessory system from a Vortec 454-cubic-inch V-8 will not bolt to the 8.1L's heads, so if possible make sure to grab the FEAD system from your donor when you're grabbing your engine, even if the accessories aren't in great condition. You can always use them as cores for new or remanufactured replacements, but getting all the brackets, bolts, idlers, and other related FEAD components when junkyard engine shopping is advisable.

The light-truck and SUV applications moved to a returnless-style fuel system in 2004, marine applications followed in 2005, and the medium-duty trucks followed in 2006. Returnless systems don't heat up the fuel as much, and there's less plumbing, but the earlier systems allow for easily adjustable fuel pressure. If you want more power with the stock injectors, the return style is the way to go.

Emissions and other Thoughts

The 2004 engines eliminated the EGR system with tuning changes that made it obsolete. For 2004, GM also included more durable crank and cam timing sensors that are the same as those used on the Gen III small-block, making them more likely to be stocked in your local parts store. The factory valvetrain is non-adjustable, so you'll probably want new rocker studs to allow for adjustable rocker arms.

Look out for industrial applications of the engines, as they use different valve springs meant for low-speed operation. The 2004-and-later industrial 8.1Ls use the same valves as the truck applications, so only the springs need to be updated. If you want a cable-actuated throttle, a spacer can allow the use of a Vortec 454 throttle-body.