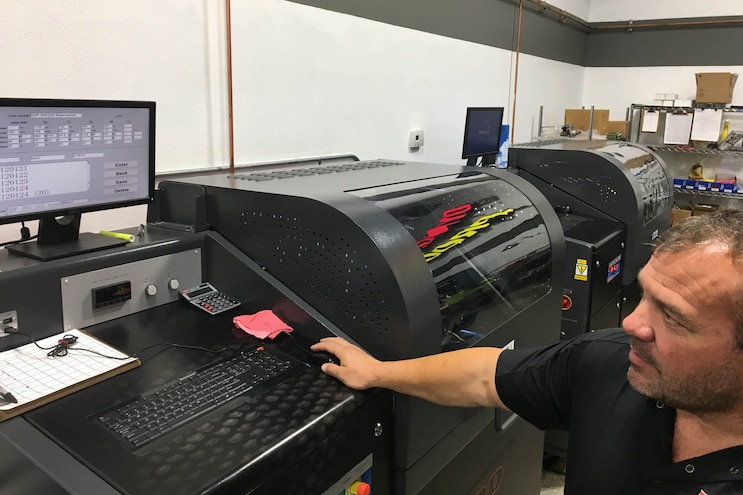 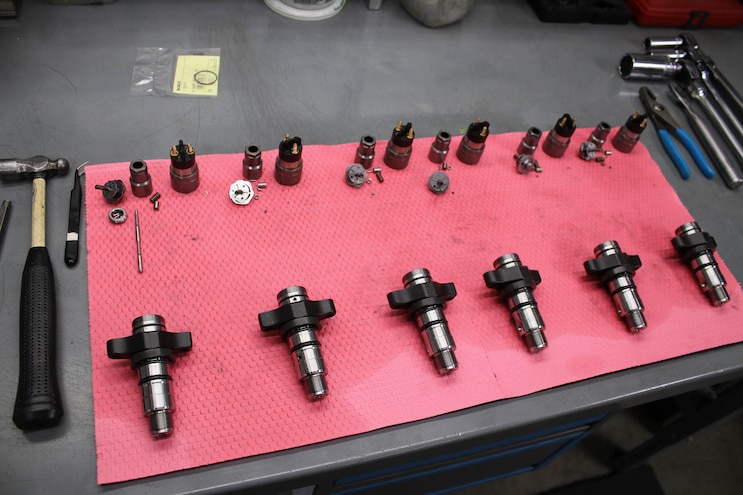 View Photo Gallery | 16 Photos
Photo 2/16   |   002 Modifying Diesel Fuel Injectors
Intake air and fueling are the primary components of the diesel performance formula. And, in theory, the more there is of each, the better a diesel engine will perform—provided the air and fuel are managed properly.
Looking at the fuel side specifically, increasing volume is the ticket. Since as far back as what can only be called forever, "turning up the fuel" has been the key to almost instantly bringing an oil burner's power and torque output to higher levels. However, the gains through increased fueling come at a price: excessive exhaust emissions, commonly referred to as black smoke, that is spewed into the atmosphere.
In the not-too-long-ago past (and unfortunately), diesel enthusiasts actually and incorrectly considered the pollution to be visible confirmation of an engine's power. The truth is, it isn't. Excessive black smoke is a mark of inefficiency in air and fuel management, regardless of how large the amount of fuel volume is. Today, "no smoke" is a rallying cry for diesel-performance fans, especially a lot of the movers, shakers, and "made men" in the industry. Making engines, especially in new rigs, produce more power and torque without a lot of smoke—and with emissions-control components intact—is where it's at now. And companies are working on parts and systems that help engines make clean steam. Dynomite Diesel Products of Hayden, Idaho, is doing this with fuel-injector technology that we think is a big step in the right direction. In this report, we're taking a look at how Dynomite modifies injectors (for older and new diesel engines) and covers two very important concerns in the current scene. 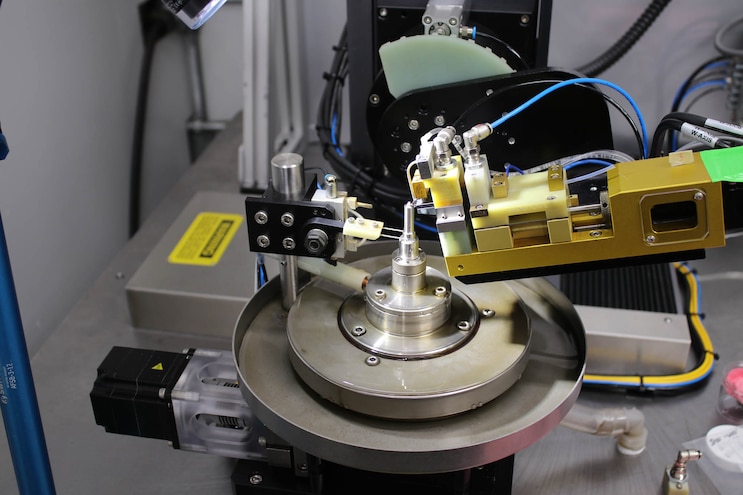 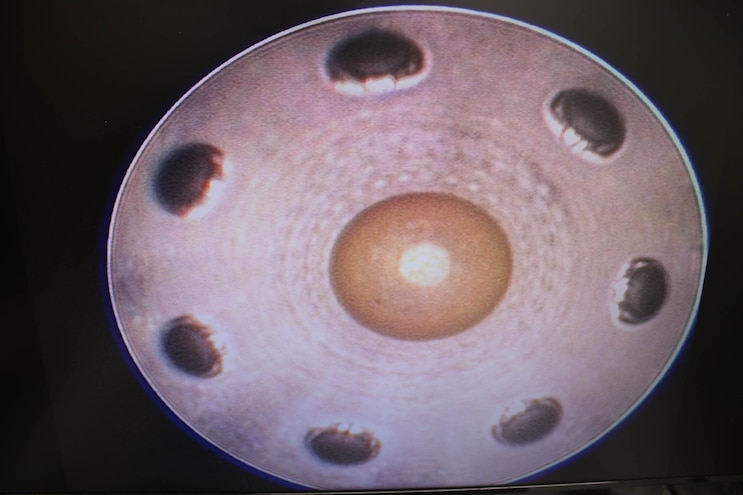 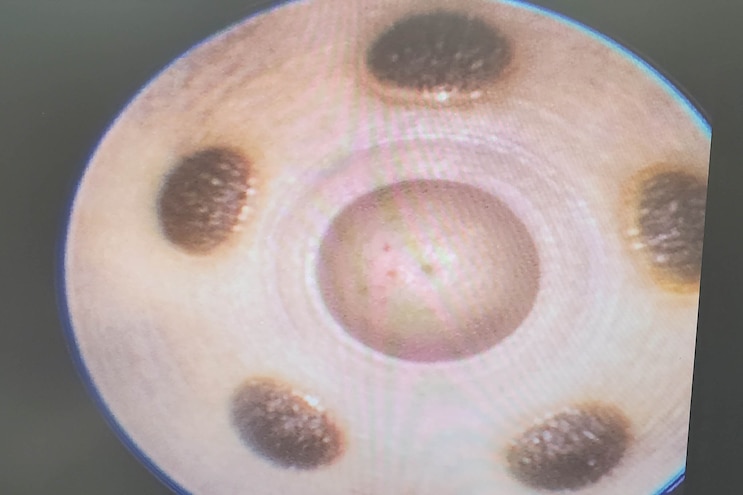 View Photo Gallery | 16 Photos
Photo 5/16   |   005 Modifying Diesel Fuel Injectors
Commonly referred to as only "EDM" (electro discharge machining) in Dynomite's facility, the nozzle-orifice-enlargement process is highlighted by a machine that uses electrically charged wires of varying diameter (measured in tenths of thousandths of an inch) to either enlarge an existing orifice in an injector nozzle or create new holes. It is the same procedure that OEMs use to bore an initial orifice. There are "recipes" to determine the percentage of increase orifice sizes require in order to produce flow rate (measured in liters per minute of air) and advertised power gain. The recipes are created using data from detailed fuel-flow and chassis-dyno testing with various trucks and engines. While we pressed for more details about EDM procedures, unfortunately, Dynomite Diesel Performance could not elaborate about this patent-pending segment of its injector service. However, it's important to note that there are some injector recipes that actually don't require EDM work. 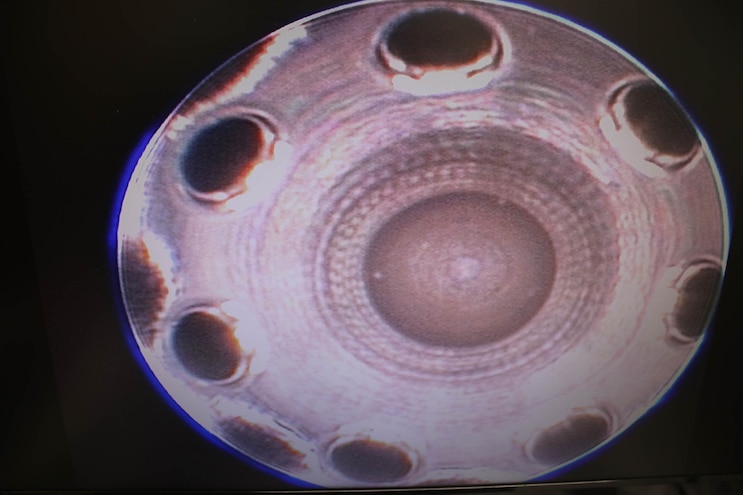 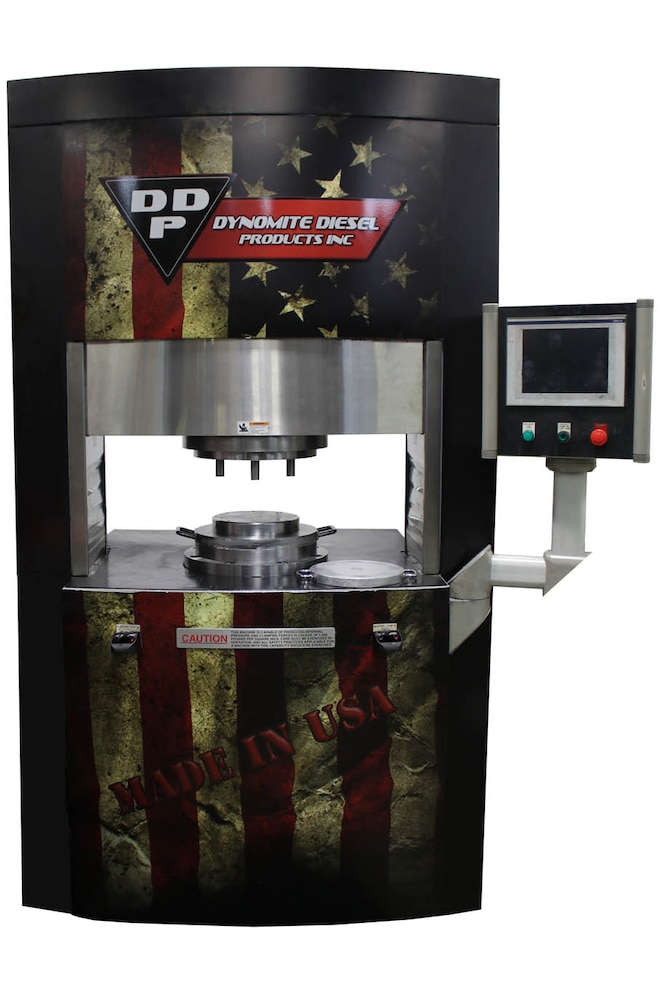 View Photo Gallery | 16 Photos
Photo 7/16   |   007 Modifying Diesel Fuel Injectors
This extrude honing process follows EDM, and the honing machine is one of Dynomite's most important tools. It's used for enlarging, cleaning, and polishing a nozzle's spray orifices, for maximum fuel atomization. Extrude honing (aka abrasive flow machining) is a patented process that involves forcing putty loaded with various grits of abrasive material through existing orifices to smooth and enlarge passages. Extrude honing is the only method that facilitates creating a radius at the inner edge of an injector nozzle's spray orifice. The radius helps eliminate turbulence, which in turn improves performance while keeping emissions output low. These photos offer good examples of the stock injector, and the curved-edge finish of an extrude-honed squirter. 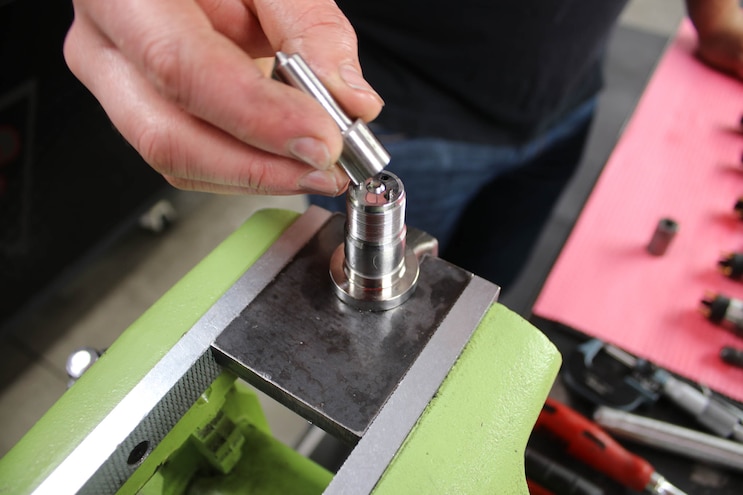 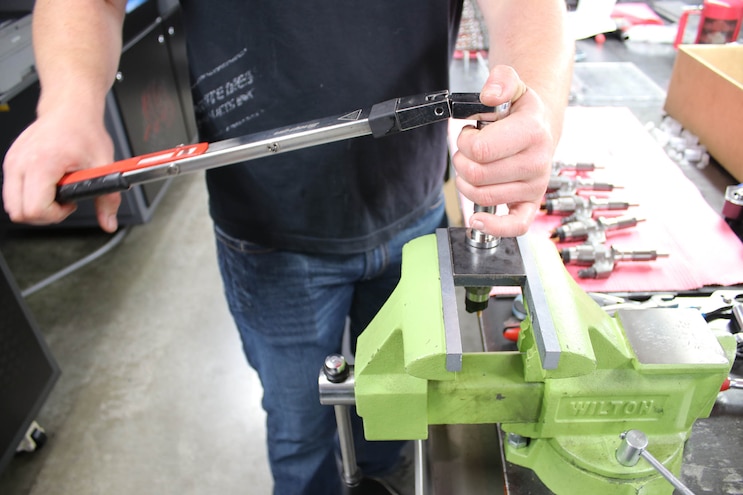 View Photo Gallery | 16 Photos
Photo 9/16   |   009 Modifying Diesel Fuel Injectors
Once the extrude-hone process is complete, the injector nozzles are ready for assembly. Stock nozzles are exchanged for the newly modified bits, and nozzle nuts are torqued to specification.

Completed modified injectors are put through a battery of tests that include verifying flow rates using a highly exacting machine called an "armadillo," or the company's Bosch 205 and HA-230 HEUI flow testers. 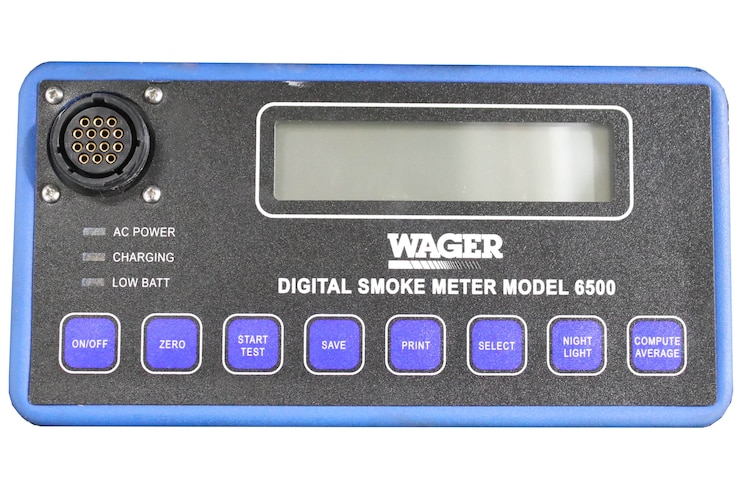 View Photo Gallery | 16 Photos
Photo 15/16   |   014 Modifying Diesel Fuel Injectors
The amount of smoke emitted by an engine with upgraded injectors is also calculated. After installing the injectors in a truck's engine and using a device called an opacity meter that is placed in the tailpipe, Dynomite technicians perform either a throttle-snap test or drive the truck under a sustained load on the chassis dyno. A focused beam inside the test head measures the percentage of light, or the lack thereof, and provides a percentage number of particulate matter (soot) and other combustion gases that are emitted. 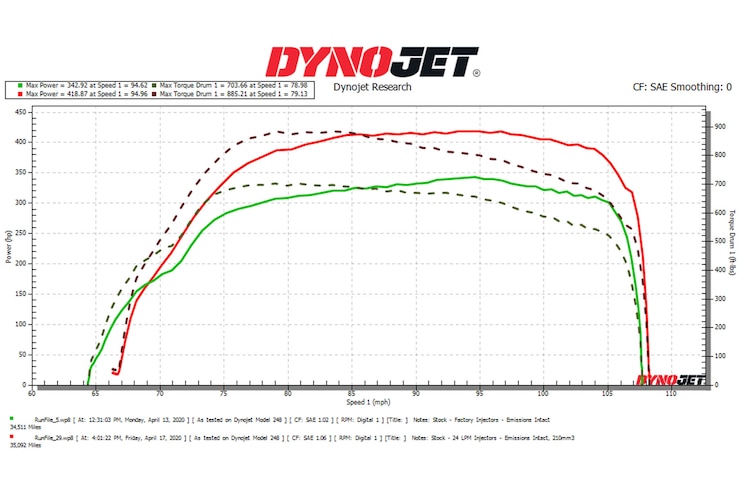 View Photo Gallery | 16 Photos
Photo 16/16   |   015 Modifying Diesel Fuel Injectors
The aforementioned chassis dyno is where modified fuel injectors are put to a final test. A 100 percent stock 2017 Ram 3500 is the rig that was used to garner data for this report. The results are included to show you the type of gain that results from this upgrade.