Should I Delete My 6.7L Cummins? 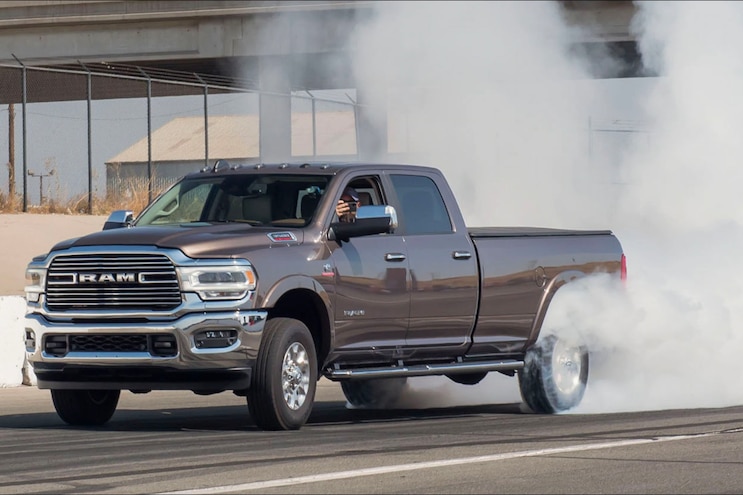 Ever since the first introduction of emissions control system on motor vehicles, people have been finding ways to remove them. The idea was that if these control systems were removed, power and economy would be increased. And in the 1970s this type of thinking wouldn't have been wrong. Early catalytic converters and exhaust gas recirculation systems were very restrictive and did in fact come at a cost to performance and economy. Hot rodders were understandably upset.
Fast-forward a few decades, and not only have these emissions control systems improved to the point of being unnoticeable but manufacturers are also able to make huge-horsepower engines with tailpipe emissions sometimes cleaner than the intake air. It is crazy just how far technology has progressed in a relatively short amount of time. But that's for gasoline powered vehicles—what about diesels?
For owners of diesel pickups their emissions revolution came during the mid 2000s. Until then, diesel powered pickup emissions were largely unregulated, primarily due to their classification of having a gross vehicle weight rating (GVWR) over 8,000 pounds. First came catalytic converters, followed closely by exhaust gas recirculation (EGR). In 2007 all were forced to install diesel particulate filters (DPF) in the exhaust system. And finally, around 2011 selective catalytic reduction (SCR) made its way into the mix. 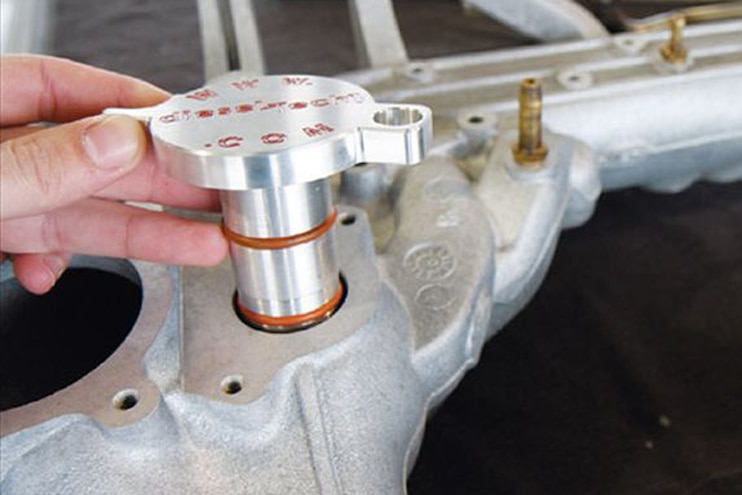 Why Do DPF, EGR, and SCR Have a Bad Reputation?

Remember back to the power- and efficiency-robbing emissions equipment gasoline vehicles were saddled with in the 1970s? Diesel truck owners had the same perceived complaints when these systems were added to diesel-powered trucks. Early catalytic converters were restrictive, and EGR systems reduced combustion efficiency. However, this was mostly anecdotal as these systems were added in conjunction with other generational changes. Meaning simply, total engine power increased each time a new emission system was introduced making it difficult to discern if performance was actually affected by the emissions equipment.
There have also been equipment failures over the years that have added fuel to the anti-emissions equipment movement. Often times these were no fault of the emission system. Take Ford's 6.0L and its EGR troubles, for example. These failures were primarily caused by a bad oil cooler design. Early DPF failures as well were most often caused by owners installing poor tuning software that quickly loaded the unit with soot. And SCR systems are often failed by the use of low-quality or contaminated diesel exhaust fluid (DEF).
Add to the equation the fact that full cost replacement of these emissions control devices can run well into the four figures (we've seen DPF quotes of around $3,000 and SCR replacement quotes running from $5,000 to $7,000), and it's easy to see where some owners would rather just remove them all together. 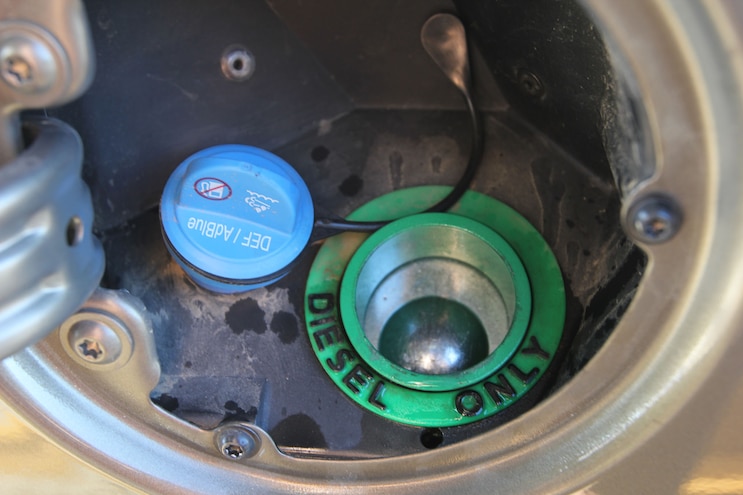 How Do Diesel Emissions Systems Work?

We'll keep this short and high-level, since we've covered how all of these systems work in detail in the past. Early catalytic converters used a combination of precious metals and exhaust heat to reduce harmful nitrogen oxide (NOx) emissions. Exhaust gas recirculation (EGR) takes a small amount of spent exhaust gases and routes them back into the air intake tract. These gases, which are devoid of oxygen, work to cool the combustion event in an attempt to reduced NOx emissions. Starting to see a theme here?
Diesel particulate filters are just that, a filter. Constructed of a honeycomb of precious metals, much like a catalytic converter, these units filter out harmful particulates. When they start to become clogged, the engine pumps raw fuel into the exhaust system in an effort to burn off the trapped soot. Because of the use of a particulate filter, engine manufacturers were able to run the combustion event cooler to prevent excess NOx from forming (cooler combustion creates less NOx but more particulate). However, the need to burn off the filter and its general restrictiveness greatly reduced efficiency.
Selective catalytic reduction (SCR) was the last emissions device added to modern diesel engines in the 2011 model year. SCR utilizes a special catalyst and diesel exhaust fluid (DEF) to reduce the amount of NOx emissions even further. Thanks to the use of this technology, engine manufacturers could once again run a hotter combustion event, which resulted in more power and economy, less particulate, but higher NOx. The benefits of SCR are great, with the exception of the need for diesel exhaust fluid. DEF is a highly purified combination of urea and water. If the system runs low on fluid the vehicle will go into a government-mandated limp mode, and if contaminated fluid enters the system it can cost many thousands of dollars to repair. 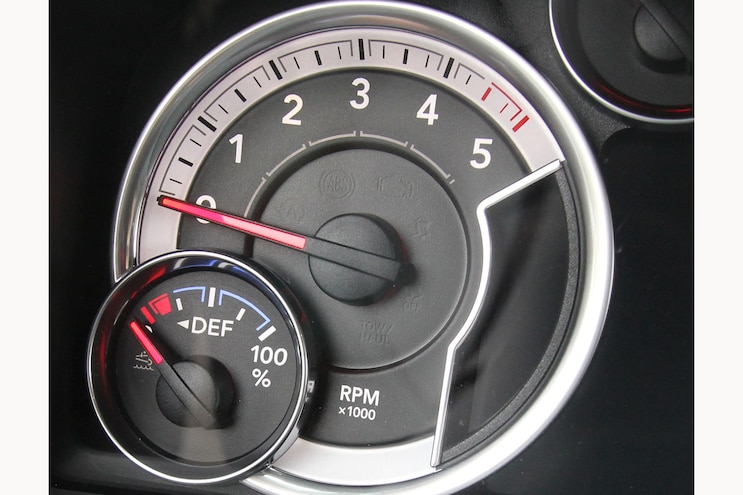 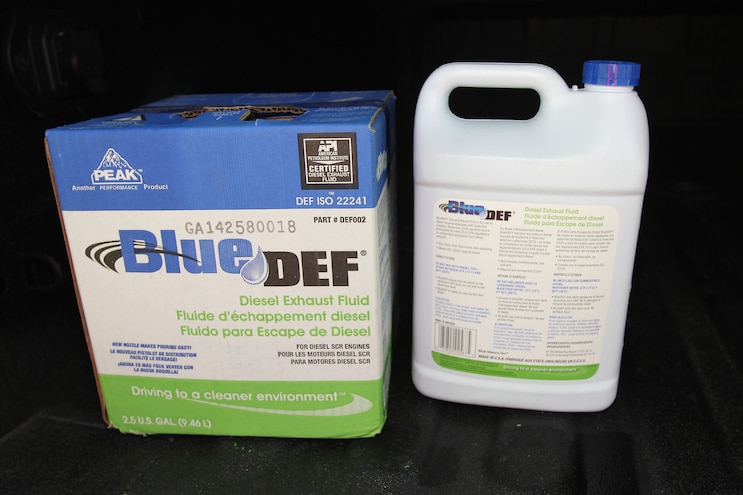 What Does It Mean to Delete a Diesel?

Simply put, to delete a diesel means to remove some or all of the emissions control equipment. Catalytic converters are the easiest to remove, as it simply involves installing a straight pipe in place of the converter. To delete an EGR system is a bit more involved, requiring blocking plates on the easiest end and new exhaust up-pipes on the more difficult side. Removing the diesel particulate filter (DPF) or selective catalytic reduction (SCR) system is fairly easy as well, requiring just an exhaust system replacement. However, removing the EGR, DPF, or SCR all require retuning of the engine computer to accommodate the removed equipment.

Should I Delete My 6.7L Cummins? 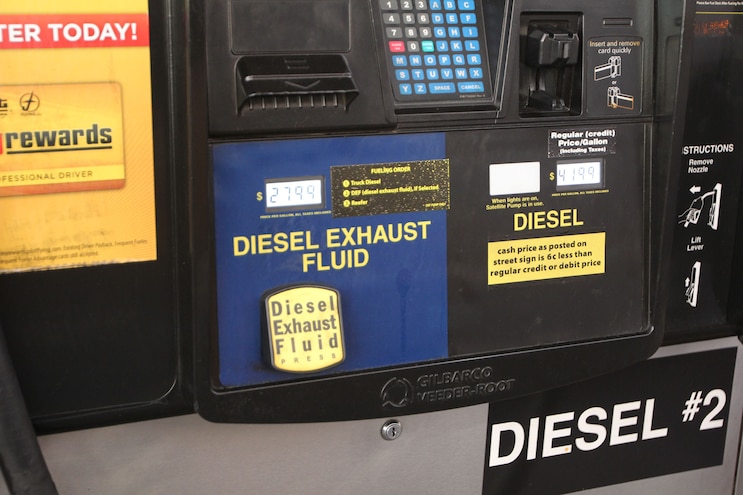 We get it, people get all riled up by the loud chanting of internet forums and Facebook groups. And as performance enthusiasts, we too want nothing standing in between us and ultimate horsepower. However, we live in a world of laws, and it's illegal to delete emissions equipment. And it's getting harder and harder to do, as many of the performance and tuning companies that engaged in facilitating delete kits have been fined millions of dollars by the U.S. Environmental Protection Agency (EPA). And don't think that if you've purchased from these companies that you're not on their radar as well.
Check Out These Other Stories!
Exhaust Gas - Recirculation Explained
Understanding Diesel Exhaust Fluid - Basic Training
DPF: The Time Bomb Under Your Diesel
Diesel Tech Questions: Emissions Deleting and Checking Codes
Is Diesel Tuning Dead?