What Is Cummins Killer Dowel Pin?

Insights on what KDP is, why it occurs, and how to fix 5.9L 12-valve Cummins engines so it doesn’t happen … ever. 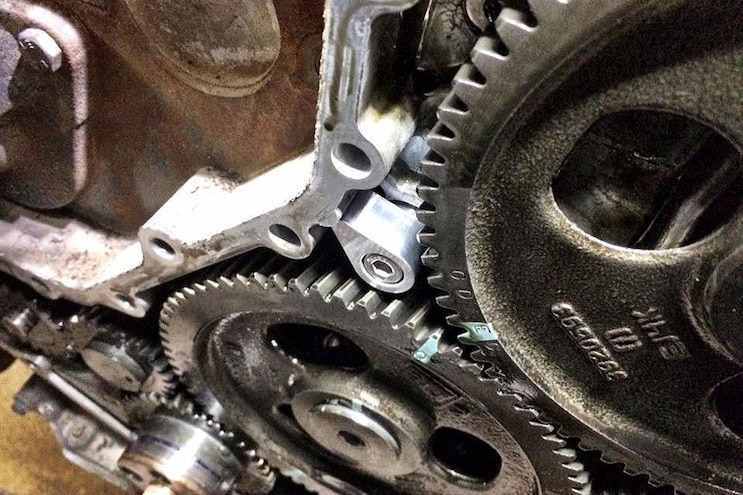 More To Learn
What Is Diesel Runaway?
What Is Diesel Blow-By?
What Is LINE-X?
Cummins diesel engines. While it's safe to say a majority of Clessie's loyalists firmly believe that all of the brand's I-6 powerplants truly are the greatest things that ever happened to diesel, the fact of the matter is, they're not perfect. But keeping things 100 across the board, no manufacturer's engines are completely infallible. Yes, diesel engines old and new have nuances, flaws, and problems of all sorts, and one Cummins-centered issue was even given a name: "Killer Dowel Pin."
We're not certain where blame for KDP actually falls. Is it an engine design flaw? Is the dowel pin's bore in the block a weak point? Or is an aluminum timing gear housing the culprit? All we know for sure is that it's a problem for 5.9L 12- and 24-valve engines of 1989 to 2002 vintage (and per statistics, it's more common in the 12-valve powerplants). 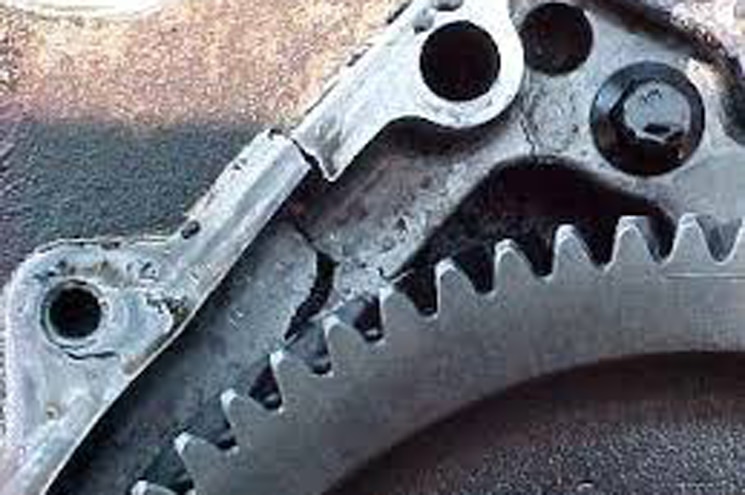 View Photo Gallery | 7 Photos
Photo 2/7   |   5 9l Cummins Dowel Pin Fix 2
One of the good things about "known problems" for diesels is that the fixes and remedies for them are tried and true at this point. And with older rigs being hot commodities for newcomers to the diesel hobby, having proven preventative upgrades or damage repairs helps make trucks such as first-, second- and third-generation Dodges a little easier (on the wallet) to own.
While veteran Cummins fans already know what KDP is all about, here is refresher info on the nuance. We're not reinventing the repair or introducing a breakthrough update, but hopefully this information will enlighten those who are curious about another popular "diesel term" and help 1989 to 2002 Dodge Ram owners protect their trucks' 12-valve Cummins engines. 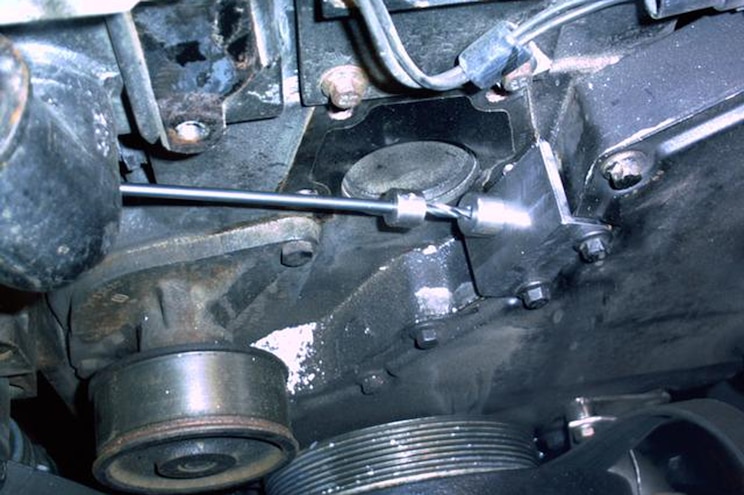 The name certainly is intimidating enough, isn't it? In a nutshell, the term refers to a dowel pin failure inside a 12-valve or 24-valve 5.9L Cummins engine's timing gear housing; a problem has the potential to, well, completely "kill" an engine, by causing damage that is so severe in some instances that it cannot be repaired.
Per design and to ensure trueness during assembly, the 6BT Cummins features a steel pin that is pressed into the block and aligns the aluminum timing gear housing to the engine. It's positioned over the cam gear, next to the injection pump gear. "The problem" is, the pin isn't secured, and over time, and factoring engine vibration, mileage, and possibly abuse into the collection of possible causes, the dowel becomes dislodged from its bore.
KDP arguably is one of those "they all do that" failures, similar to cam position sensors failing in 7.3L Ford Power Strokes engines. The question really isn't a matter of whether it's going to happen. "When" the problem occurs is the bigger unknown. 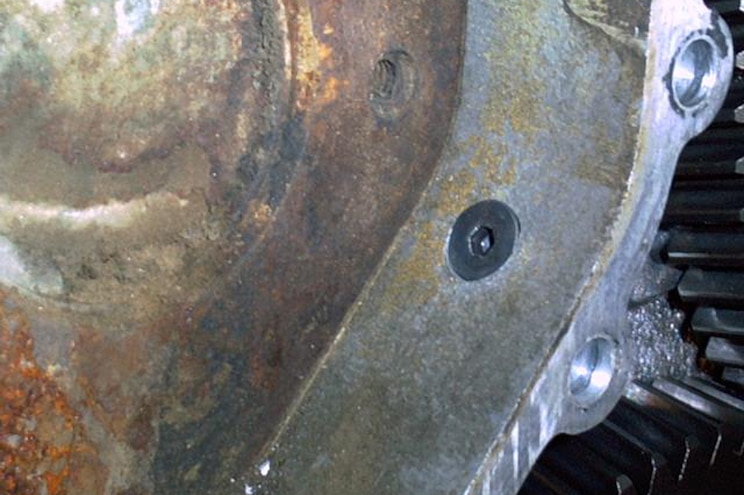 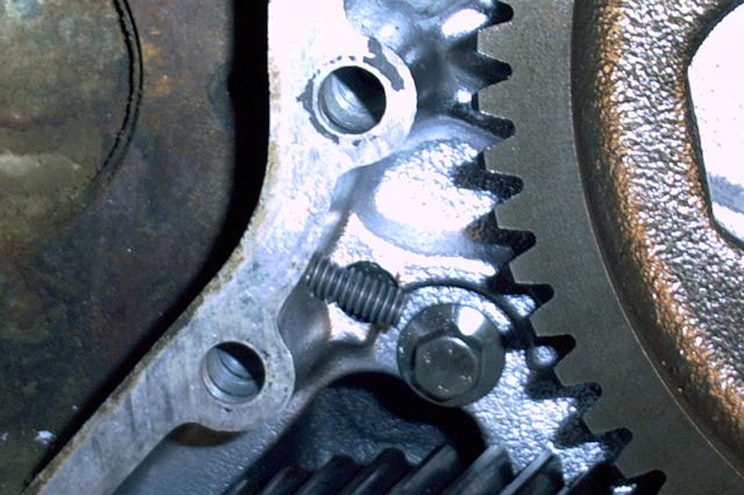 When the dowel pin does make its exit, there are four levels of damage that can result: 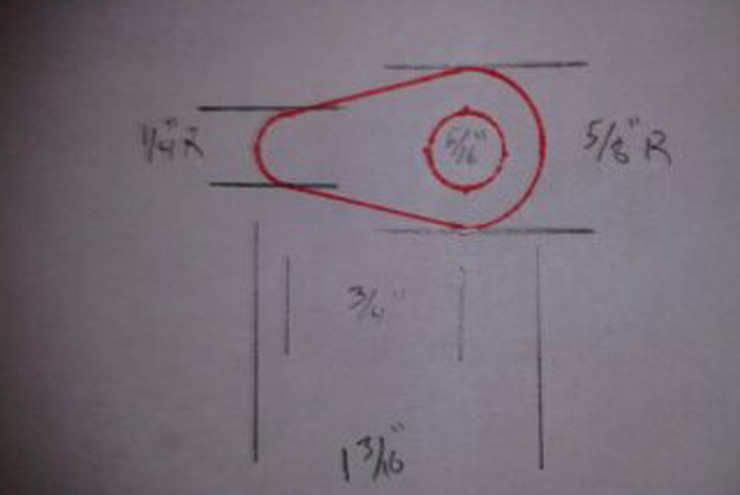 As we noted earlier, nothing "new" has come about for repairing or warding off damage from Killer Dowel Pin issues. In researching this report we learned about and found photos of an old-school remedy that involves drilling a 1/4-inch countersunk hole in the side of the timing gear housing and installing a flathead bolt that acts as a "block" across the pin. While cool and no-doubt effective, this job seems labor intensive (in addition to the engine teardown that's required for any fix). A right-angled jig (which fastens to the housing) for indexing the drilling point must be fabricated, care must be taken to clear the gears of metal shrapnel, etc., creating a process that can be lengthy.
On the other hand, at this juncture, companies such as XDP and many others offer full, 100 percent bolt-in KDP kits that include a new steel dowel pin, timing gear housing gasket, crank seal, and an all-important, teardrop-shaped steel (sometimes billet) retainer that secures a new pin in its bore, theoretically forever. 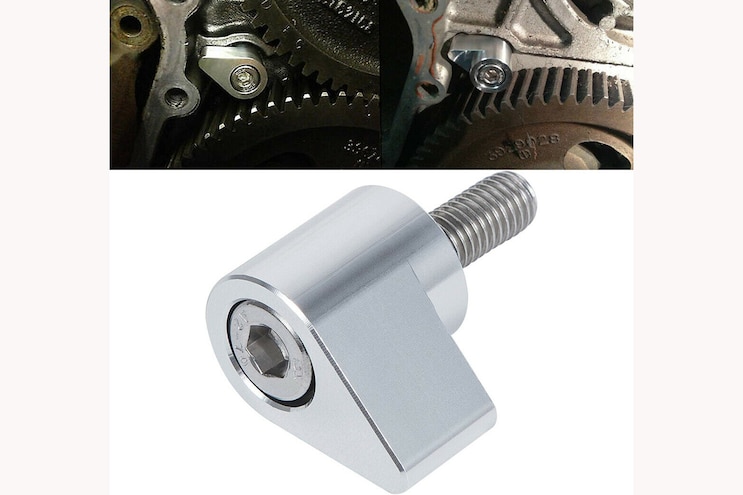 View Photo Gallery | 7 Photos
Photo 7/7   |   5 9l Cummins Dowel Pin Fix 7
As a comparator to the OG method, once the engine is torn down enough for access into the inside of the timing gear housing, bolting in a retainer takes all of 30 seconds (including tightening the bolt with 18 lb-ft of torque). Checking and resecuring all of the housing bolts is a good idea, too.
When buying an older Dodge Ram, we recommend asking the seller whether the engine ever had a Killer Dowel Pin failure or whether it has been upgraded to prevent it. A quick look at the side of the timing gear housing is one way to confirm a repair was made. But if one of the kits was installed, that affirmation can only come by tearing the engine down and inspecting inside the housing.