Plus Tips for Safe Winter Driving 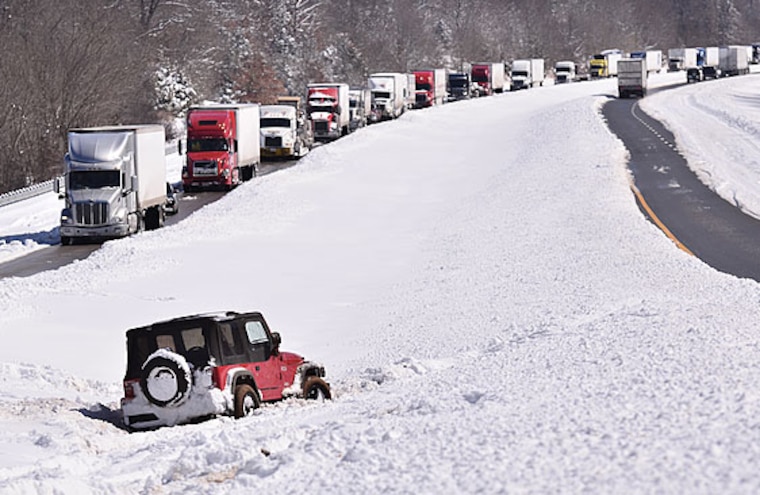 Whether it’s been dubbed Juno or Neptune, as today’s winter storms are getting named, the winter of 2015 has been news that’s brought a range of emotions, from fright to frustration, and cost numerous lives on the highways of America, especially in New England and the Northeast. However, let’s not forget the winter of 2014 that paralyzed Atlanta and areas of the south on numerous occasions. What can you do to be educated, protected, and weather wise? AccuWeather has put together some Weather Fast Facts as well as some driving tips that could prevent an accident and save your life. GM’s Buick division is making sure the facts and tips get out as a part of promoting Buick’s AWD technology that brings confidence in many types of weather and on many traction-compromised surfaces. 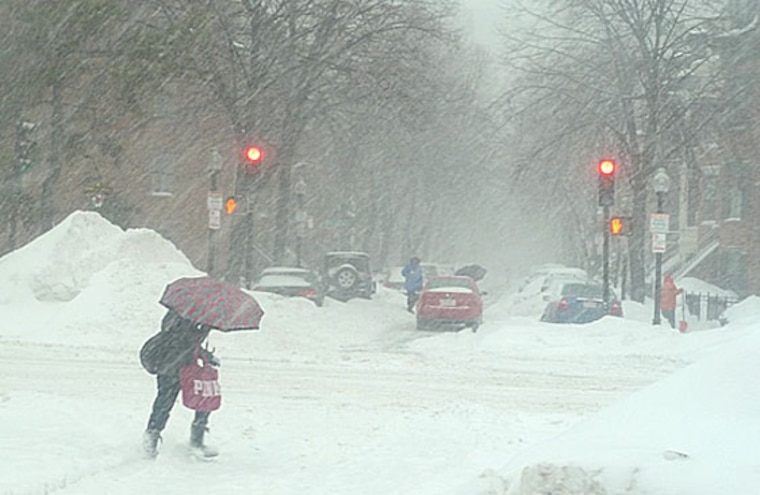 View Photo Gallery | 6 Photos
Photo 2/6   |   Walking In Winter Storm
AccuWeather’s Fast Facts
1. January is often the coldest month of the year in the Northern Hemisphere. The main reason for this is that the Arctic air masses in the north reach maturity due to an extensive snow cover and lack of daylight.
2. An intense storm brought heavy snow and strong winds to the Ohio Valley and Great Lakes region late in January of 1978. The blizzard produced over 40 inches of snow from Indiana to Michigan. A total of 70 people were killed due to the storm.
3. A 100-degree rise in temperature took place across parts of Alaska during a two-week period in January 2009. In early January, the temperature dropped to 60 degrees below zero. By mid-month, temperatures had risen to 40 degrees.
4. Snow squalls are common during the winter months, especially downwind of the Great Lakes and along Arctic cold fronts. Theses squalls can be particularly dangerous to travelers as they produce sudden whiteouts with a rapid accumulation of snow.
5. The Dead of Winter is the one-month period when normal temperatures reach their lowest levels. For most of North America, this occurs from the second week of January until the second week of February. The reason this period doesn’t line up with the first day of winter when the amount of incoming energy from the sun is lowest is due to the seasonal lag. The land and oceans continue to lose more heat than is gained this time of year and will do so until mid-February.
6. The coldest air masses of the winter season are made in the Arctic region where there is constant heat loss. The reason for this is due to little or no sunlight and a highly reflective and cold surface of ice and snow.
7. The jetstream can be blamed for the arctic outbreaks that are very common in January across the United States. Any large dips in the jetstream that develop will open the door for frigid air across the Arctic to come plunging southward.
8. The primary storm track across North America steadily shifts southward from southern Canada in October to the central and southern United States by December. The reason for this is the southward shift of the jet stream as cold, dense air from the north expands south as the days get shorter.
9. Untreated roads can get especially slippery during a snowstorm when the temperature is between 26 and 30 degrees. The weight of the vehicle compacts and melts the snow on the road before refreezing into ice. 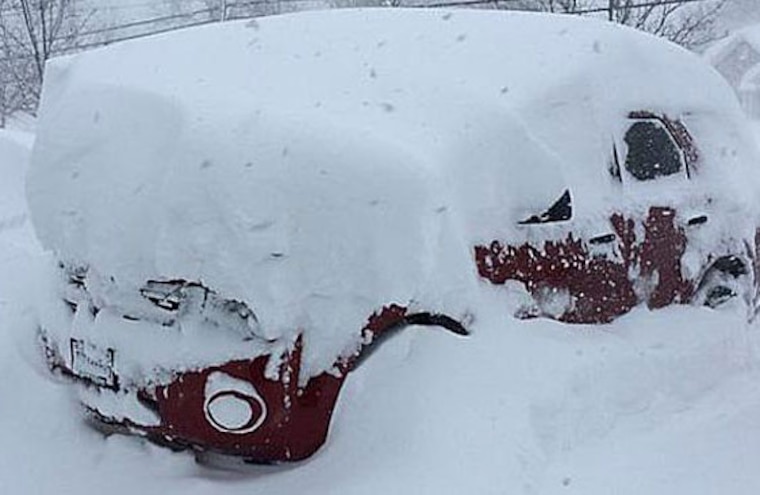 View Photo Gallery | 6 Photos
Photo 3/6   |   Car Burried In Snow
Top 11 AccuWeather Tips for Safe Winter Driving
1. Winterize your car. Check the antifreeze, battery, exhaust system, oil, brakes, and tires, as well as the wipers, washer fluid, heater, defroster, and emergency supplies to prepare for the coming cold and winter precipitation.
2. Clear the top of the car, the windshield, and the windows of all snow and ice before driving. Ice can fall off the roof of your car in sheets, causing a hazard for you and other drivers.
3. Keep your car clean. Chemicals, salt, and gravel used for de-icing roads can be extremely corrosive to your car.
4. Keep your lights on and windows clear. Remember that visibility is an important factor for safe driving during a winter storm.
5. Beware of black ice! It forms on surfaces like roads that warm up during day, melt, and refreeze into a solid, nearly transparent sheet.
6. Bridges and overpasses are particularly dangerous because they freeze much more quickly than road surfaces.
7. Allow additional stopping distance on any road that is not dry by doubling the Four-Second Rule.
8. Know your National Weather Advisory winter warnings. A Winter Weather Advisory means snow, sleet, or freezing rain within 24 hours; a Winter Storm Watch warns against heavy snow and ice accumulations within 24-36 hours; a Winter Storm Warning means heavy snow and ice is imminent or already occurring.
9. Know what to do if you skid on ice or get stuck in snow. Countersteer to regain control in a skid. Steer the car in the same direction that the rear wheels are sliding. Do not spin your wheels when stuck on ice or in snow. Instead, remove snow from the area around the tire and, if necessary, spread sand or salt under the drive wheel to regain traction.
10. Turn cat litter into makeshift road salt. By spreading the litter in front of or behind the wheels of a vehicle, the tires have more to grip and will move without shifting across icy terrain.
11. Do not underinflate tires to gain traction. When temperatures are dropping, you lose one pound of inflation for every 10-degree drop in temperature. For the best performance, tires should be inflated to the car's recommended inflation rate.