Getting performance out of Ford’s 400-cube boat anchor engine. 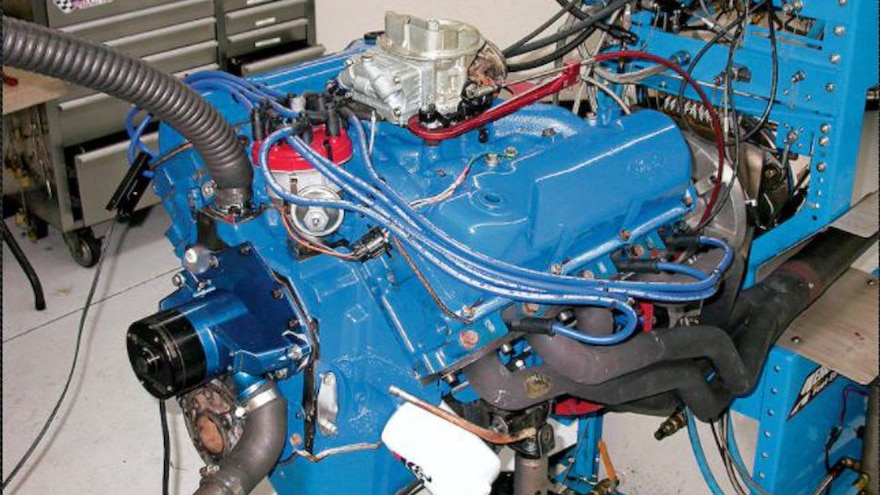 Let's face it, 400M Ford owners get no respect. Sure, mention the word Cleveland and watch everyone's eyes light up, but the fire dies right out when you try to include the Modified or Midland family in the discussion. This seems odd since the two engines share so many components. In fact, it can be argued that a 400M is nothing more than a tall-deck, stroker Cleveland.

Think about it—that's all that separates the legendary 351 Cleveland from its torque-oriented 400M (try running that statement by a Cleveland fan sometime). Run with the same combination of parts (heads, cam, and intake), the 400M will always make more power than a 351 Cleveland, making it a readily available and ideal classic truck powerplant.

Nonsense, you say? They key to the statement is that fact that one truck engine measures 400 ci, and the other fancy race motor displaces just 351 ci. It doesn't take a rocket scientist to realize that if both have the same head flow, cam timing, and induction system, the bigger engine will always make more peak and average power. The key is selecting the right components for your intended application. 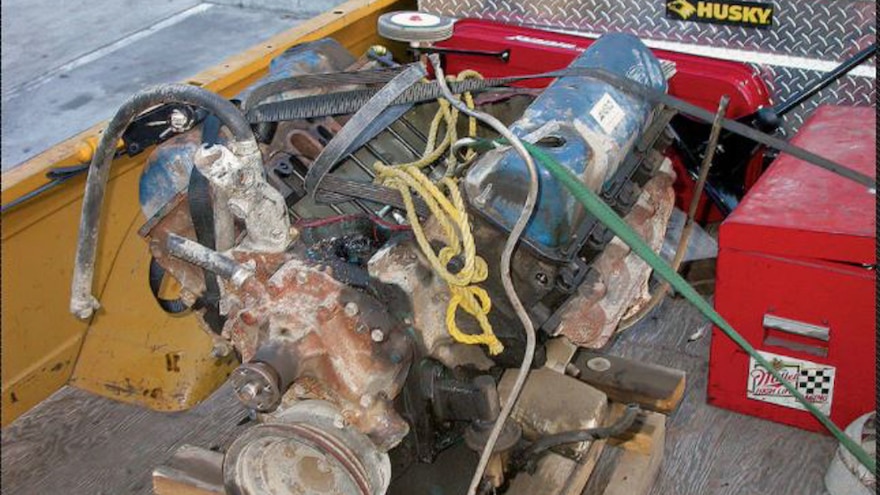 How many Clevelands out there are running around with 568 hp, and how many of those make 542 lb-ft of torque? These 400Ms are capable of some serious power, but for now we will stick with some basic mods, namely the induction system. Unfortunately for 400M owners, Ford saw fit to offer the motor with only a two-barrel manifold and carburetor. True enough, the motor was designed as a workhorse, but why limit the power and torque potential with a restrictive induction system? Heck, even the tiny 289 and 302 Windsor motors came with four-barrel carbs and intakes. If any engine could take advantage of the benefits of a four-barrel carb, it was the comparatively larger 400M. In fact, it can be argued that a proper four-barrel induction system would not only improve towing power but might improve mileage as well, providing a spread-bore carb design was employed to allow cruising on the smaller primaries. Regardless of their reasoning, the factory deuce (two-barrel intake and carb) are restrictive even on a stock motor. 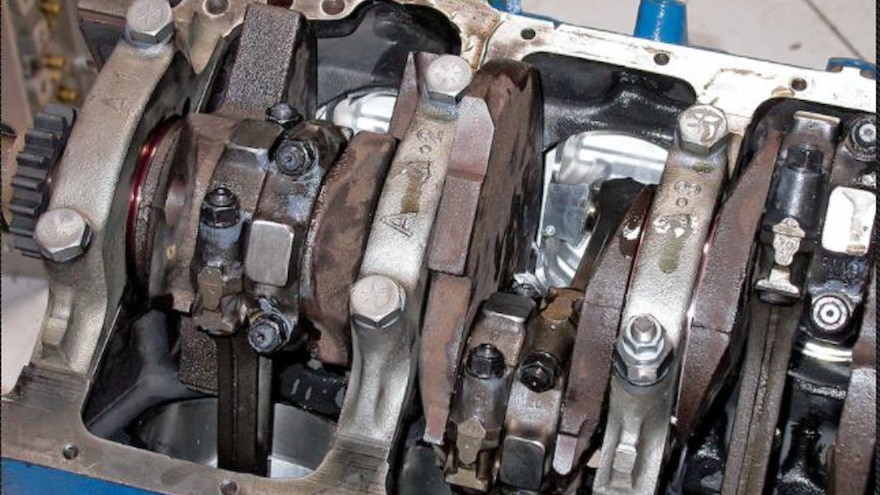 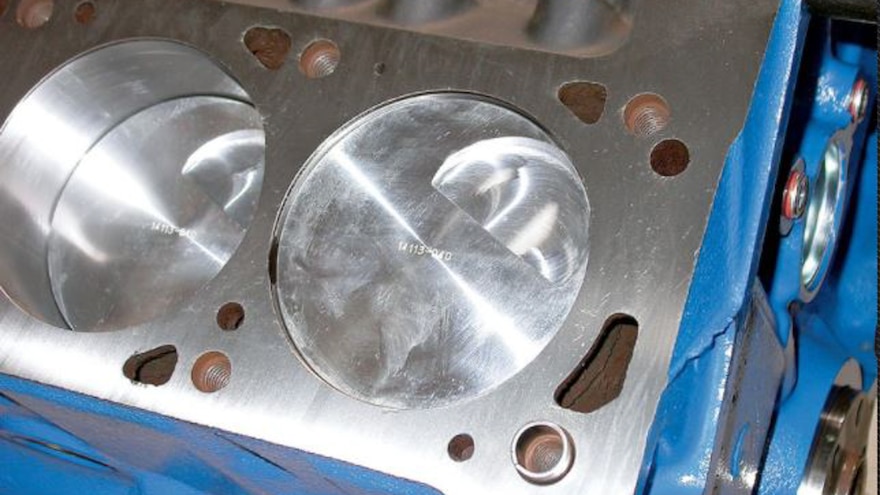 Before running the motor in anger, we provided the new components plenty of time to get acquainted, especially the rings and bearings. After running through two complete computerized break-in procedures, the engine was loaded with impressive results. Equipped with the stock two-barrel intake and Holley carb, the 400M produced peak numbers of 265 hp at 4,100 rpm and 412 lb-ft at 2,900 rpm. Torque production from the 400M exceeded 400 lb-ft from below 2,000 rpm (we didn't load it lower than 2,000 rpm) to 3200 rpm.

Obviously the stock cam and induction system were not designed with high-rpm power in mind. After confirming the baseline numbers, we replaced the stock 2V induction with the Weiand Action-Plus intake and 750 Holley carb. Since Westech had it jetted and ready to rock, we ran their Holley 750 HP Street carb, but this combination would work equally well with something as small (and inexpensive) as a 600-cfm vacuum secondary Holley.

Equipped with the Weiand/750 Holley combination, the peak numbers jumped to 301 hp at 4,100 rpm and 429 lb-ft of torque. We certainly expected to improve the power output with the four-barrel setup (to say nothing of the weight savings over the hefty stock intake), but what was really amazing was the fact that these gains came with no penalty in the lower rev ranges. From 2,000 to 2,700 rpm, the two induction systems produced nearly identical power, but from there out to 5,000 rpm, the Weiand pulled away and never looked back. 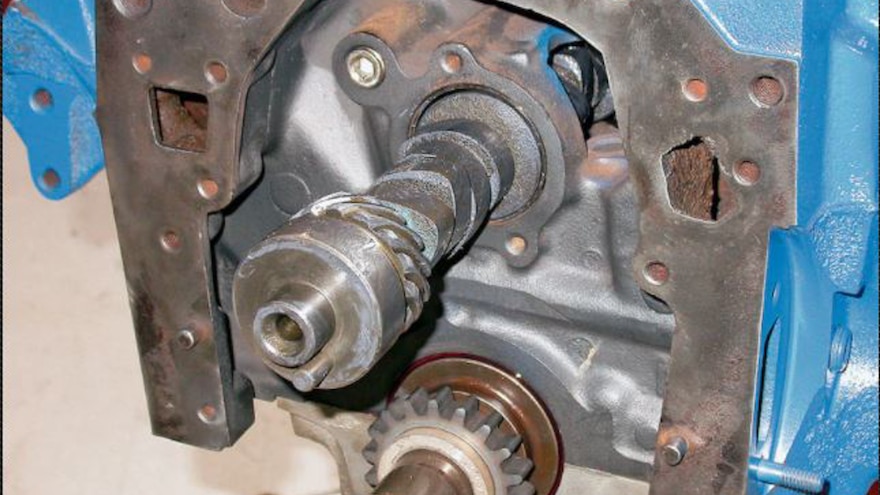 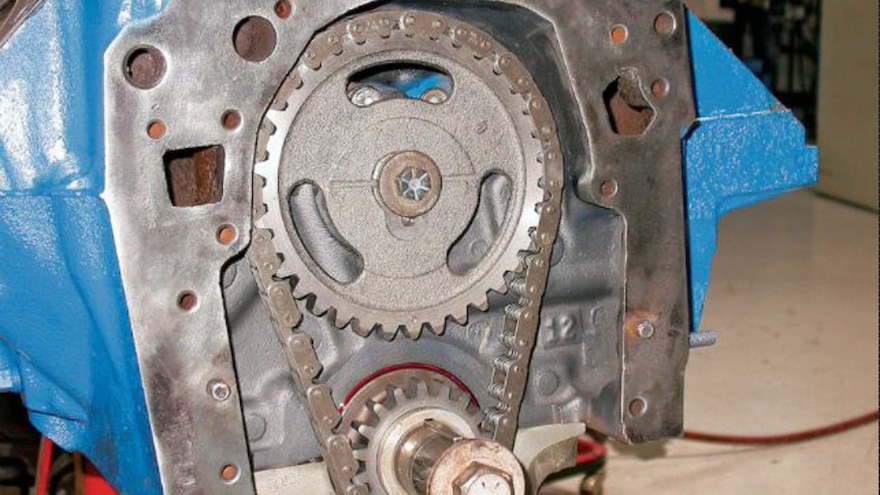 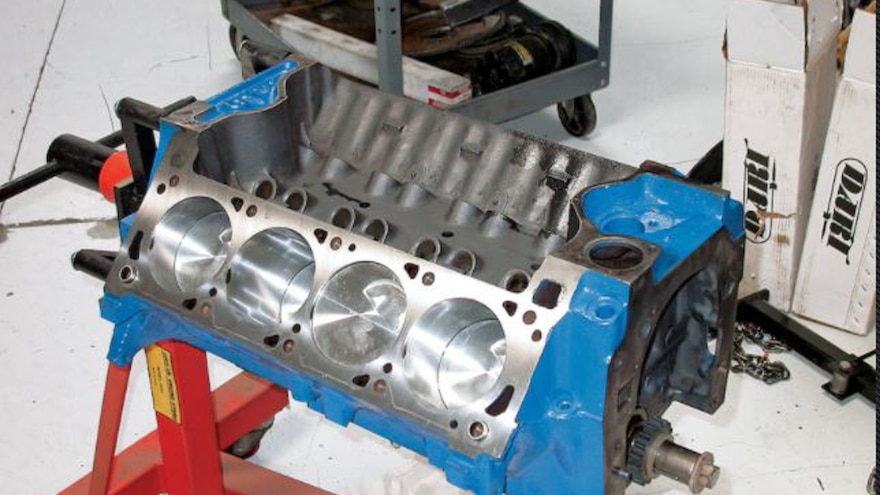 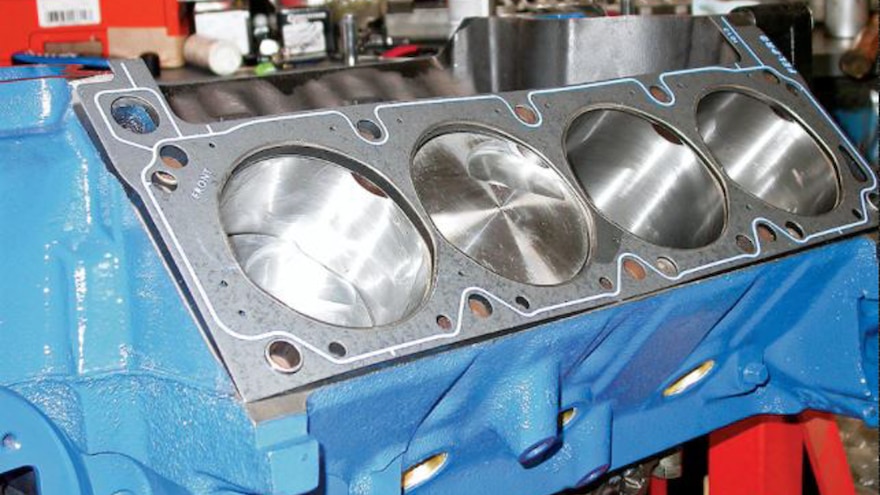 What is most impressive about the results is not that the four-barrel Weiand combination made more power (that was expected), but that the combination never lost out to the stock intake and Holley two-barrel. The Weiand intake not only improved the peak numbers from 265 hp and 412 lb-ft to 301 hp and 429 lb-ft, but even matched the torque production of the 2V setup down at 2,000 rpm. The two induction systems produced near-identical power from 2,000 to 2,700 rpm, where the Weiand/four-barrel setup started marching away. Measured peak to peak, the four-barrel setup improved torque production by 17 lb-ft but offered an additional 48 lb-ft at 3,700 rpm. The Weiand intake and Holley four-barrel are definitely the hot setup for even a stock 400M. This intake swap was only the first of many tests run on this 400M. 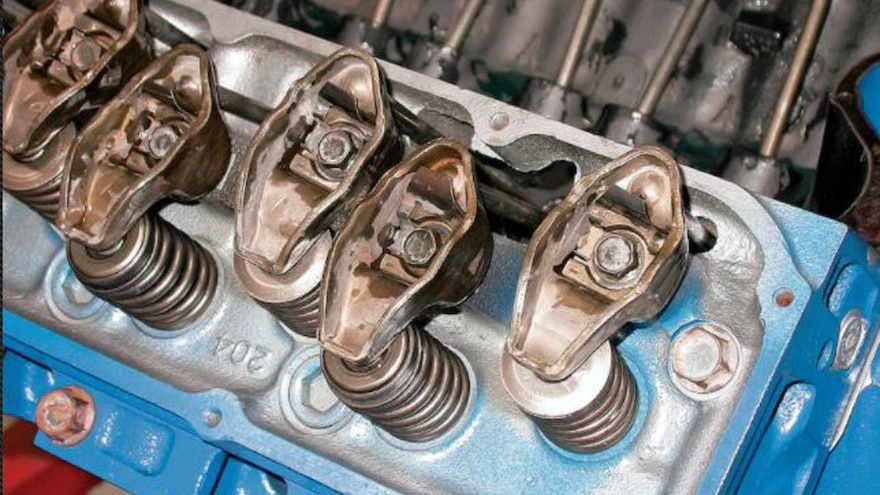 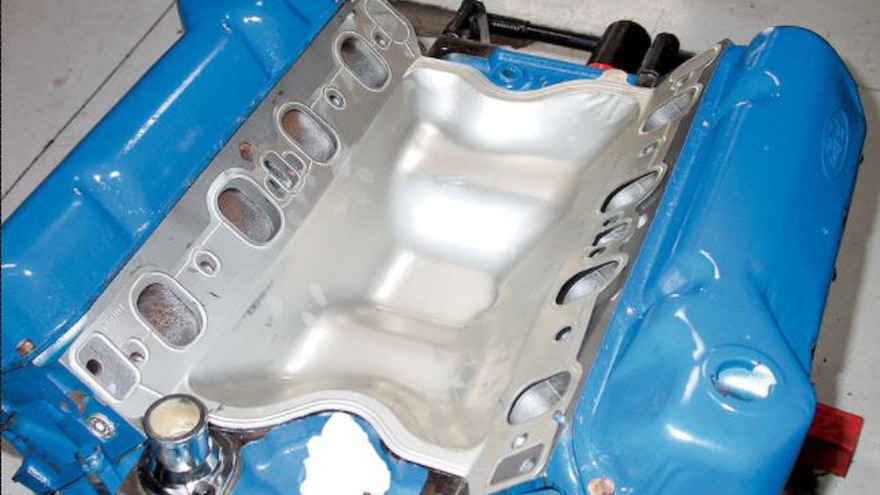 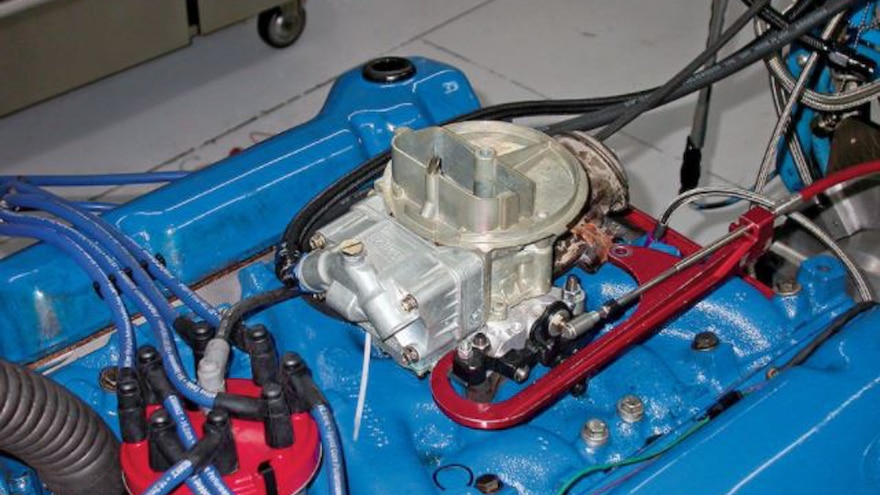 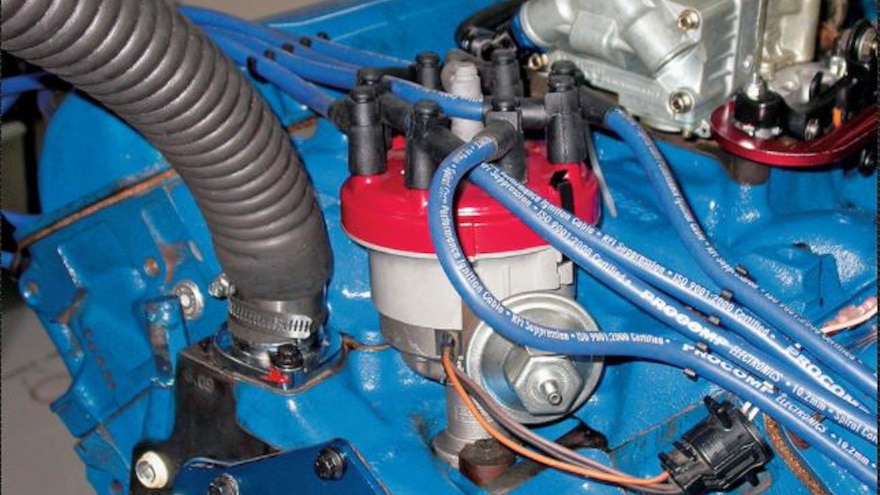 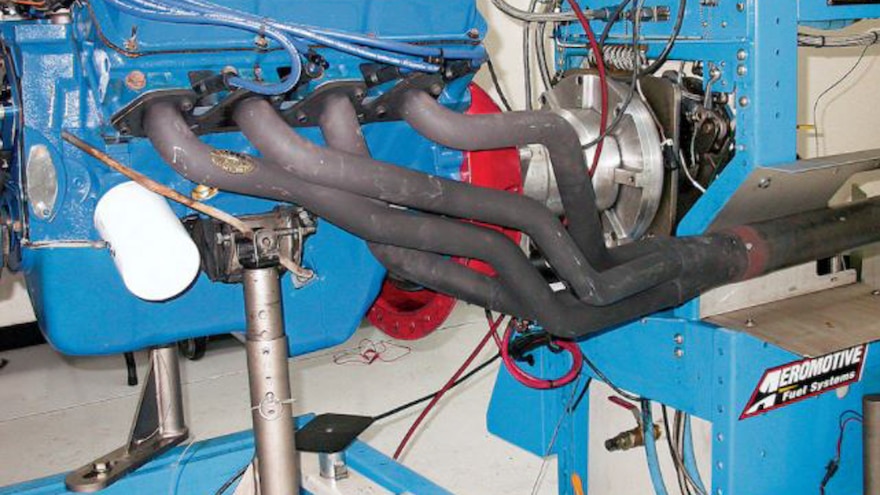 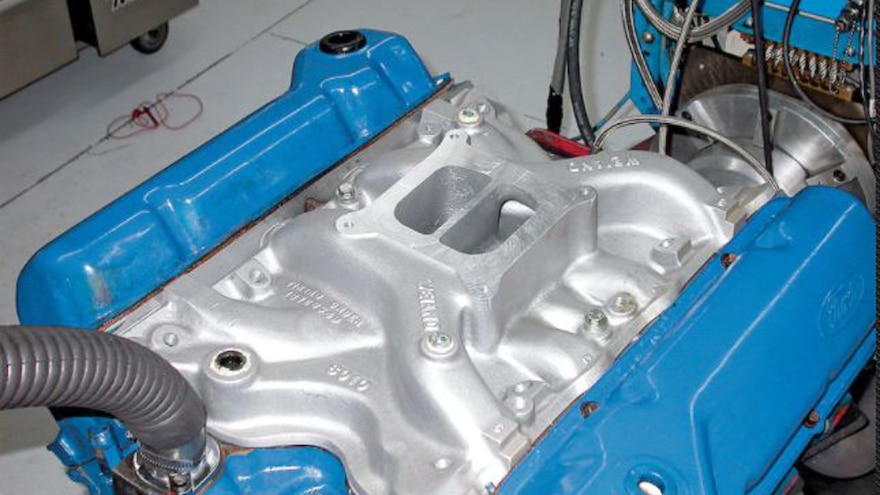 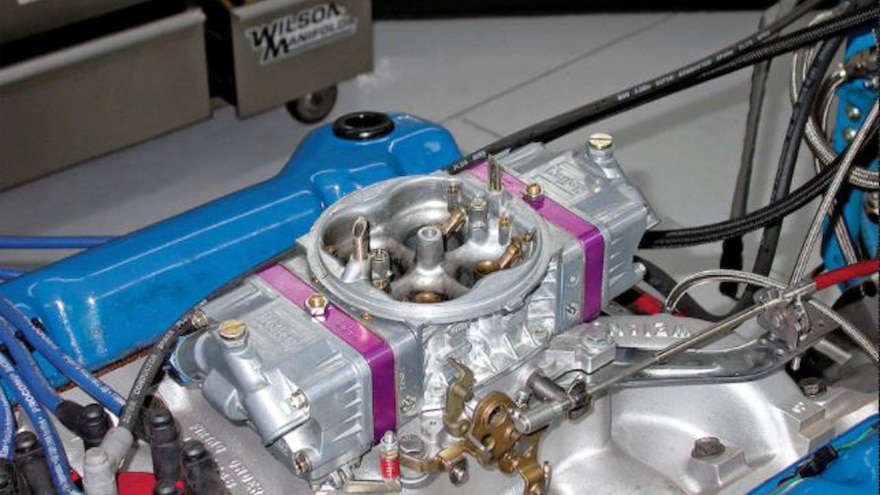 - OF
By Richard Holdener
19 Articles