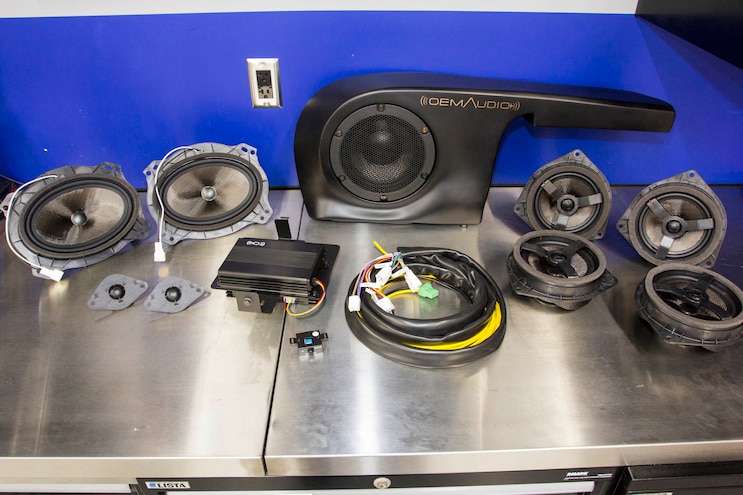 It's no secret that auto manufacturers are working to put aftermarket audio companies out of business, whether intentional or not. With systems like Ram's 12-inch Uconnect and 19-speaker, 900-watt, Harmon Kardon offering, there's little more that could be desired. And nearly every manufacturer offers a large touchscreen infotainment system that just a few years ago was the bread and butter of the aftermarket. Thankfully, there's still room for improvement in many cases, which leads us to one of the few quibbles we've had regarding Toyota's offerings as of late.

While Toyota's trucks and SUVs are great, the company's Entune audio system leaves a lot to be desired. Fortunately for Toyota owners (along with Scion and Subaru SUVs), there's a company that has made it its mission to offer the best-sounding audio possible, and it goes by OEM Audio Plus. The company designs each system specific to the vehicle it's enhancing and acoustically tunes the performance for the space. This ensures that whether you're installing it in a 4Runner, Tundra, or even a Double Cab Tacoma, the sound replication is correct. 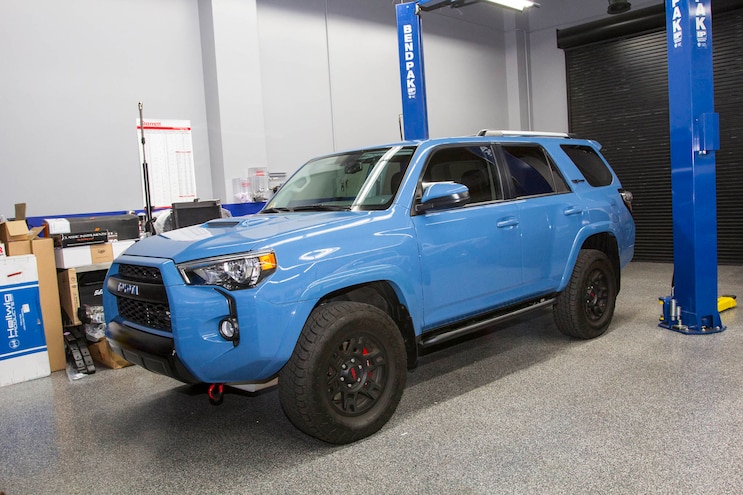 View Photo Gallery | 13 Photos
Photo 2/13   |   While we love nearly every aspect of our 2018 Toyota 4Runner TRD Pro, the base audio system left us wanting more. After reading about OEM Audio Plus in many Toyota forums, we decided to see what all the excitement was about.

Installation is easy, and everything is either drop in or plug and play. All parts of the system are OEM-grade and have been tested to the equivalent of 10 years and 100,000 miles to ensure performance and operation for the life of the vehicle.

To test out the company's grand claims for ourselves, we set out to install its Reference 500 system in our 2018 Toyota 4Runner TRD Pro. The installation was super smooth, and we had it complete in less than three hours. The finished product provided sound quality so good it was hard to believe it wasn't live, which is really saying something if you've ever sampled a factory 4Runner stereo. If hearing is believing, then sign us up for the choir, because OEM Audio Plus exceeded every one of our expectations. It's difficult to convey audio quality with printed words, so for now you'll have to trust us on this one.

The system isn't cheap, with the base System 500 starting at $1,299 and jumping up to $1,699 for the Reference 500 that we installed. However, if you're a Toyota-owning audiophile, it'll be worth every penny.

View Photo Gallery | 13 Photos
Photo 3/13   |   Shelling out $1,700 might sting the pocketbook a bit, but it's a fair deal for what you get. The 4Runner kit includes a multi-channel amplifier, 32-bit digital signal processor, vehicle-specific subwoofer, tweeters for the dash, 6x9 speakers for the front doors, 6.5-inch speakers for the rear doors and hatch, and a plug-and-play wire harness. 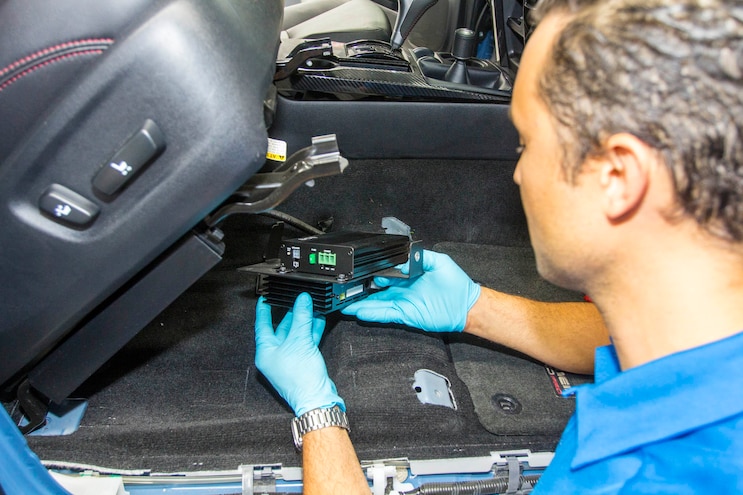 View Photo Gallery | 13 Photos
Photo 4/13   |   The system's amplifier and digital signal processor mount to a bracket underneath the passenger seat. By mounting them to the seat, they stay off the floor and out of the dust and dirt a TRD Pro owner is likely to track in. The amplifier provides 360 watts RMS of power, which is more than enough to create the clean, crisp sound that's desired. 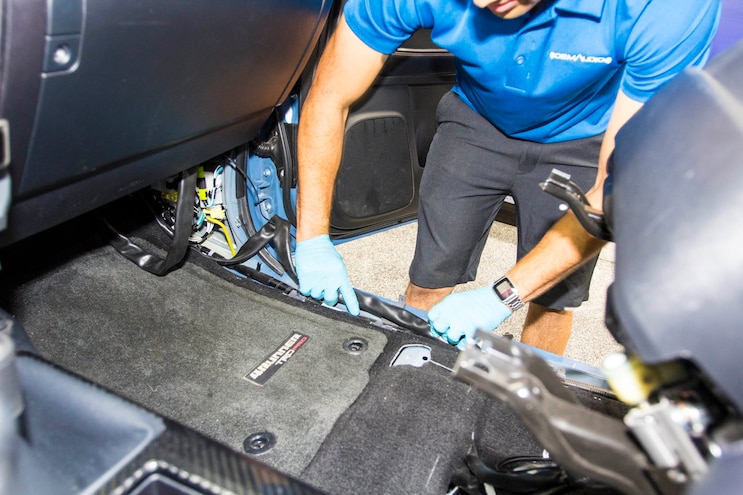 View Photo Gallery | 13 Photos
Photo 5/13   |   Wire harnesses are vehicle specific, making them truly plug and play. Installation begins in the wire channel on the passenger side and extends to the head unit, amplifier, subwoofer, and battery. 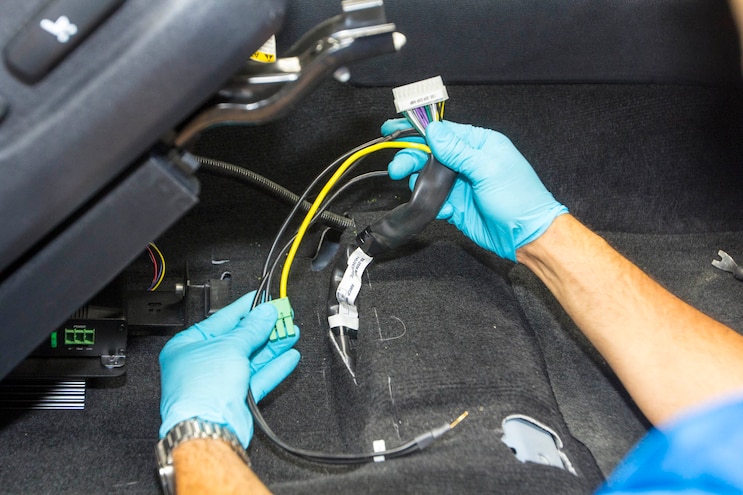 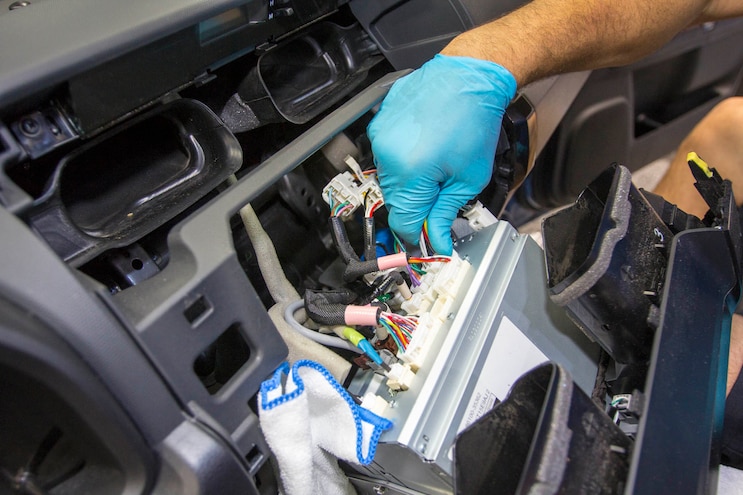 View Photo Gallery | 13 Photos
Photo 7/13   |   Part of the beauty of the OEM Audio Plus system is it retains all the functionality of the vehicle's factory touchscreen. The provided wire harness simply intercepts the speaker output signal, routes it through the amplifier and signal processor, then sends it back out to the speakers through the factory wiring. 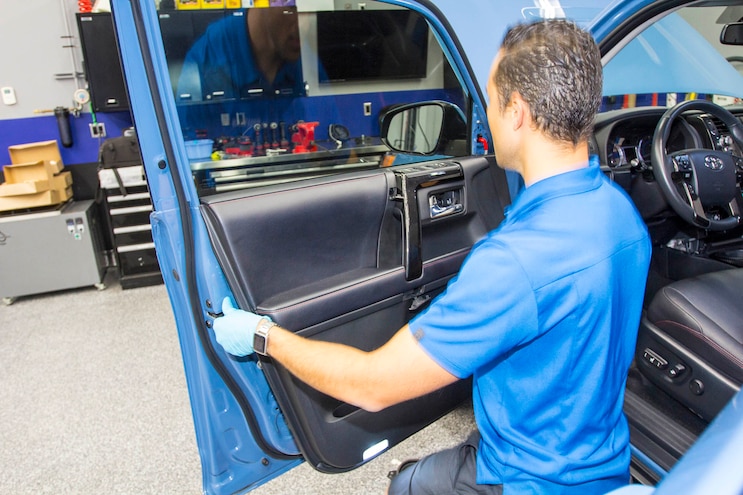 View Photo Gallery | 13 Photos
Photo 8/13   |   The most difficult part of the installation is removing the door panels, which are held on with a few 10mm bolts and about a dozen plastic clips. 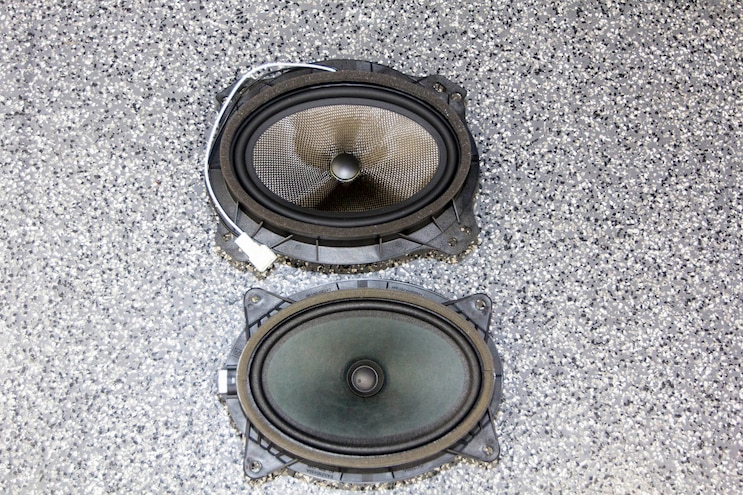 View Photo Gallery | 13 Photos
Photo 9/13   |   Viewed side by side, the difference between the factory speakers (bottom) and the OEM Audio Plus units (top) becomes apparent. Instead of paper, the company uses woven carbon fiber as a cone material, and the front speakers use a neodymium magnet for optimal performance. 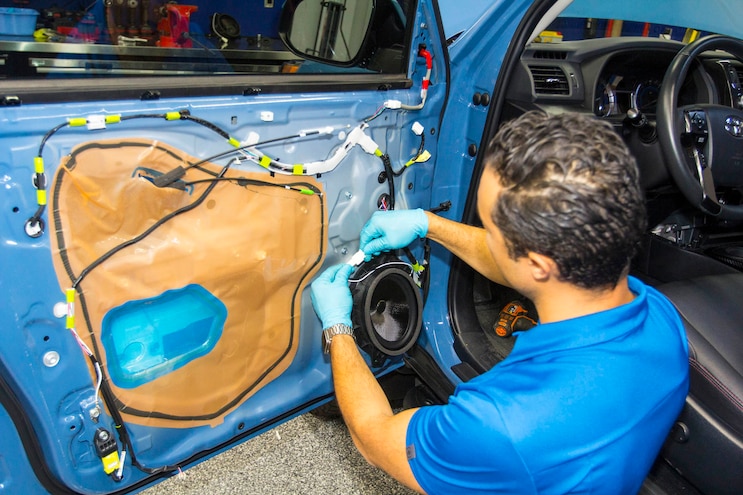 View Photo Gallery | 13 Photos
Photo 10/13   |   The new speakers mount just as the factory ones did and even feature built-in rain guards to ensure a long, happy life. OEM-style connectors are used, so there's no need for conversion pigtails. And all wires are the appropriate length to reach the factory connector. 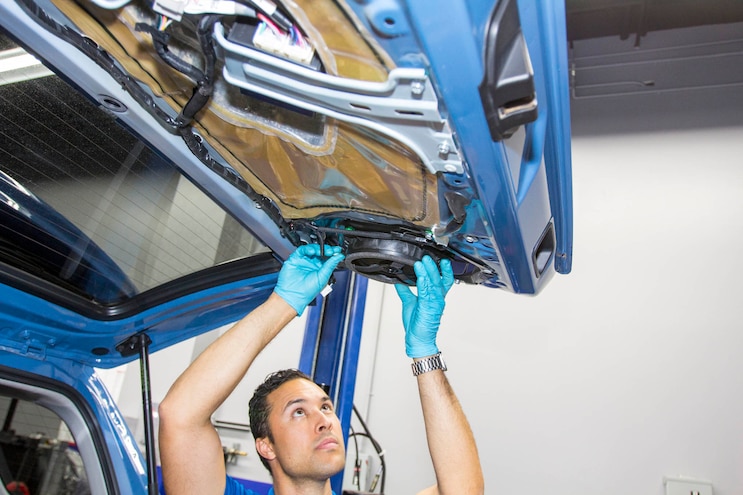 View Photo Gallery | 13 Photos
Photo 11/13   |   Most people would skip replacing the rear hatch speakers to save a few bucks, but not OEM Audio Plus. These two-way coaxial speakers are tonally matched to the front pair, providing outstanding sound quality for all occupants. 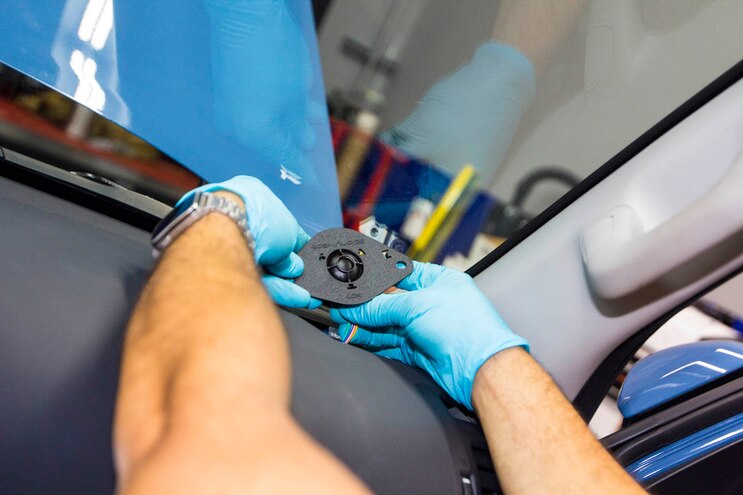 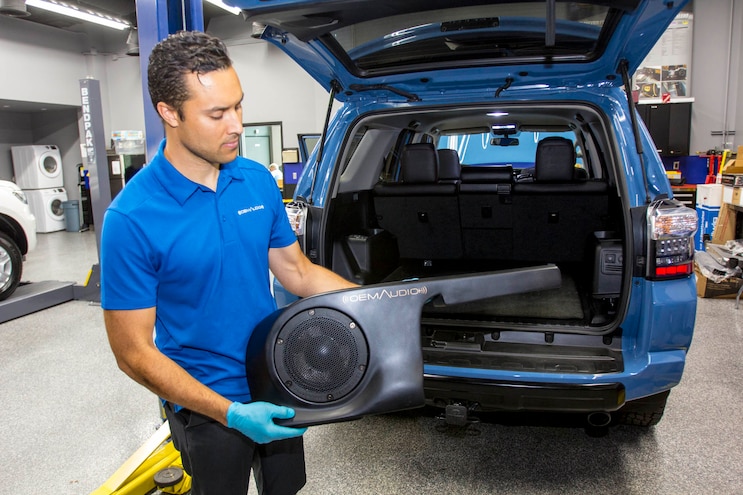 View Photo Gallery | 13 Photos
Photo 13/13   |   Rounding out the system is a subwoofer and enclosure specifically designed for the vehicle. The subwoofer fits flush to the driver-side rear panel and is easily removable to allow access to the tire jack. A passenger-side option is in the works for those who want even more bass.